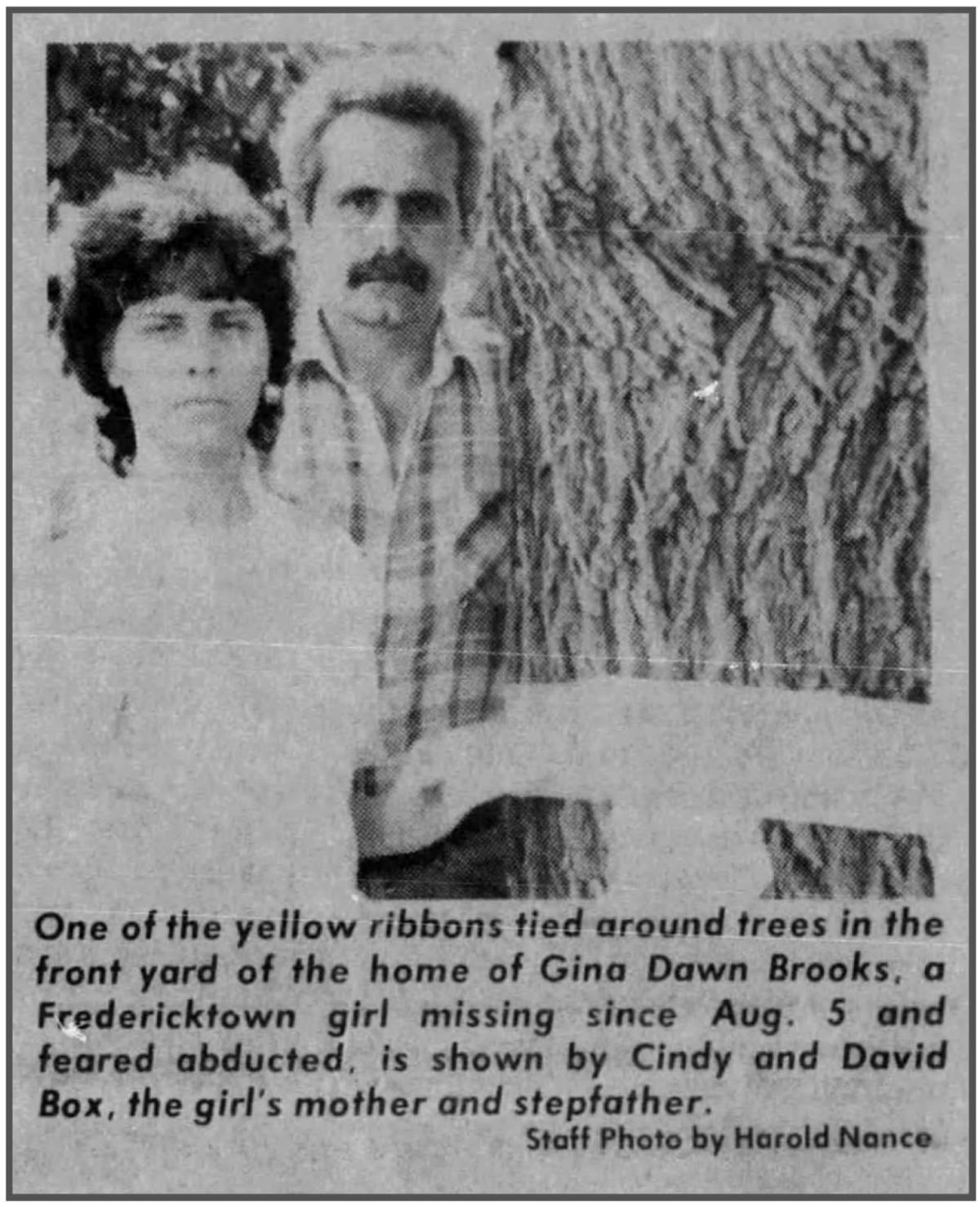 A Sept. 5, 1989, edition of the Daily Journal shows the Boxes holding out hope on the one-month mark of Gina's disappearance. 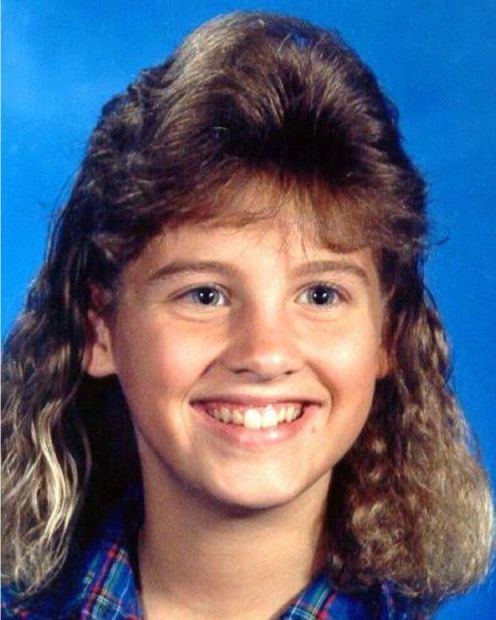 It’s a parent’s familiar worry, waiting for their child to come home. If they never do, the worry turns into a nightmare.

For Cindy Box, 2019 marks three decades of nightmare. It's been 30 years since her daughter, Gina Dawn Brooks, was last seen in her hometown of Fredericktown. Box, who now lives in Farmington, said the lack of closure surrounding her daughter’s disappearance affects her deeply.

“All the vigils, all the fundraisers happen, all the posters that go up and the possible leads, and then time moves on,” she said. “Years go by, and it seems like people just forget.

"They move on … I still have hope someone might have some information. I just want to know where she is and what happened to her, either way.”

Newspapers from 1989 report how, about 10 p.m. Aug. 5, 1989, after her brother’s baseball game, Gina, 13, announced she was off to visit a friend six blocks away. Neighbors later reported seeing her talking to a driver of a station wagon, other neighbors reported hearing faint screams about 10:30 p.m.

The red bike she was riding was found abandoned in the street.

The minutes ticked by into hours, then days, then months as investigators and volunteers pursued faint and disappearing trails of possible clues, potential leads. A flooded quarry was drained on a psychic’s tip that the vehicle and Gina’s remains would be found at the bottom. A tip that she was buried in a meat freezer on a 96-acre property turned out to be false, it turned up nothing.

Hundreds of stories were run by media, posters peppered the area asking for leads.

In 1998, three men were implicated in her kidnapping.

Nathan “Danny” Williams was identified as the man who was sitting in the back of the vehicle that stopped near Gina the night she disappeared. Witnesses identified Bryant Squires as the station wagon’s driver. On his deathbed, Squires claimed he and Williams were responsible in her abduction and murder, and he confessed to other crimes. A third man, Timothy Bellew, was identified as a friend of Williams and Squires, and later admitted he lied to the FBI about the whereabouts of Gina’s remains when the extensive search in the 96-acre area he suggested led to nothing.

Williams pleaded not guilty to the first-degree murder charge and Bellew was charged with second-degree murder. Bellew’s murder charge was dropped for lack of evidence in 1999, and he was instead charged with lying to investigators about the location of Gina’s remains. He was sentenced to 30 months in prison. Williams’s murder charge was dropped in 2003. He still remains in prison in the Jefferson City Correctional facility, serving a life sentence for an unrelated forcible rape, forcible sodomy conviction.

Box said she has occasionally pondered directly asking Williams for information, but she knows it would probably be neither productive nor healthy.

“They’re pretty sure it’s locked up with Danny Nathan Williams, and he faces the death penalty if he confesses, so he’s not going to say anything,” she said. “I wanted several times to get on the visitation list, and see if he would say anything, but I was warned he’s a monster and given my health, I shouldn’t even think about it.

Box said she thinks public memory about Gina’s abduction is fading, but she can never forget it, and it has altered her perspective forever.

“The other night, I had to go to Walgreens, my throat was killing me, and at 3 o’clock in the morning, there were two boys and two girls, hanging out on their bikes in front of Walgreens. My stomach just dropped,” she said. “I just thought, how bad it would be if some doper just took them … I just wanted to tell them, you have no idea how much danger you’re in. I’m pretty sure Gina didn’t think anything was going to happen that night, but it sure did. Just made me sick, seeing those kids out there like that.”

Box said she and her family, husband David and adult children Anessa Fritch, Phillip Brooks and Chris Moore, don’t discuss Gina’s disappearance often, but every once in a while, they’re reminded.

“I don’t know how we move on, we just take it day by day, keep our faith and be as strong as we can be as a family. I’ve just turned it over to God. I don’t know what to do anymore.”

Harvest Moon to rise on Sept. 20, days before changing season

Harvest Moon to rise on Sept. 20, days before changing season

25 years and still looking for answers

Twenty five years have passed and there are still no answers to a local missing persons case that still holds a place in the minds of many.

A Sept. 5, 1989, edition of the Daily Journal shows the Boxes holding out hope on the one-month mark of Gina's disappearance.