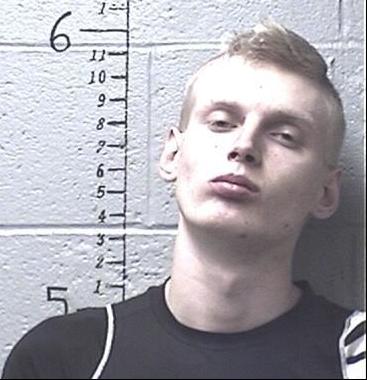 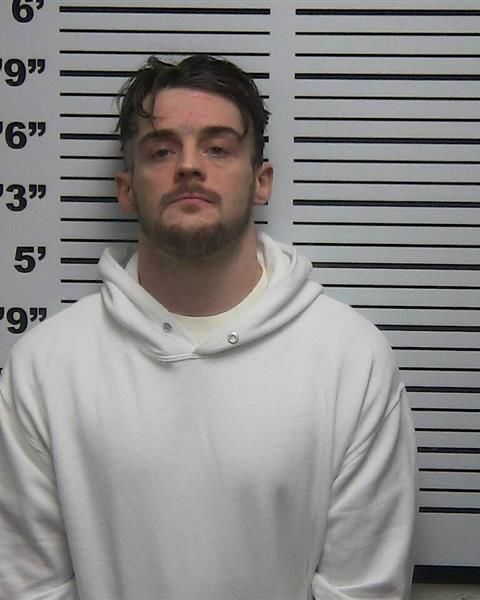 Formal charges have been filed against two St. Francois County Jail inmates who allegedly escaped custody last week and were apprehended a short distance from the detention facility.

Dylan Murray, 21, of Valles Mines, and Wesley Heflin, 31, of Salem, have each been charged with one count of escape from custody while under arrest for a felony.

In addition to the escape charge, Murray was charged with first-degree trespassing on Tuesday.

Sheriff Dan Bullock said that the two men managed to escape from the jail, on June 7, just after 1 a.m. The men reportedly escaped by removing a toilet/sink unit from the jail wall and exiting through the plumbing chase.

Bullock said the escapees were located between 2:30-3 a.m. in the Farmington Industrial Park area not far from the jail. The two men were apprehended through the cooperative efforts of the Farmington Police Department and the St. Francois County Sheriff's Department, with both departments deploying their K9 units in the search.

A probable cause statement filed for Murray's trespassing charge indicated that he was found inside an SMTS bus, which was located inside a fenced-in area of the MCII Sheltered Workshop's property on South Westmount Drive. The property is situated just south of the detention facility inside the Industrial Park.

The court ordered that the two men be held at the St. Francois County Jail without bond on the newly filed escape charges.

The first-degree murder case against Murray was filed in late December 2019 after the body of a Park Hills woman was found in her apartment on Dec. 26, 2019. Murray, along with 36-year-old Jasson McCormick of St. Louis, were each charged in St. Francois County with first-degree murder, armed criminal action, stealing, and stealing a motor vehicle.

According to a probable cause statement from the case, on Dec. 26, 2019, at 4:58 p.m., officers with the Park Hills Police Department were dispatched to an apartment on Seventh Street to check the well-being of a female since identified as 38-year-old Jessica Cerchi.

The woman's family members had not heard from her in an inordinate amount of time and notified local authorities.

When officers arrived on the scene, they reportedly detected an odor that they believed to be from the decomposition of a body. Upon entering the apartment, officers located an apparent crime scene and the deceased woman's body.

Officers obtained a search warrant, and the crime scene was processed. According to police, while processing the crime scene, it became apparent that a homicide had taken place.

It was reported that an autopsy was performed on Dec. 27, 2019, which revealed the victim suffered from more than 20 puncture wounds and had evidence of apparent ligature strangulation.

Further information was developed that the victim's vehicle, a 1998 Ford Expedition, was missing. Through further investigation, it was determined that the vehicle was involved in a traffic accident in Jefferson County on Dec. 11, 2019, at approximately 8:55 a.m., where two men were occupying the vehicle. The men were identified as McCormick and Murray.

Following the homicide, McCormick and Murray reportedly took the victim's vehicle and traveled out of state to a casino, using a credit device and EBT card belonging to the victim. They returned to Missouri, at which point they wrecked the vehicle in Jefferson County.

The 2019 cases against Murray and McCormick are still pending. Murray's case is scheduled for a case review in St. Francois County on Friday. The case against McCormick is scheduled to proceed to a jury trial set for Feb. 7.

At the time of the alleged jail escape, Helfin was incarcerated at the facility awaiting trial in two cases, filed in January, involving separate alleged assaults on prison staff at the Eastern Reception, Diagnostic and Correctional Center (ERDCC) in Bonne Terre late last year.

The man is charged with violence against a DOC employee and armed criminal action in both cases filed.

According to a probable cause statement from the ERDCC, Heflin was being escorted into a cell just after 11 a.m. on Dec. 22, when he began striking a corrections officer with an unknown object.

The report states two corrections officers secured Heflin on the wall, and the object fell to the floor. The object was removed from the cell, and a strip search was completed. Heflin was then secured in the cell.

The officer who was reportedly attacked retrieved the object and found that it was a prison-made weapon.

According to the statement, the officer sustained a cut on his abdomen during the attack. The weapon was processed as evidence and secured in the evidence locker.

The other pending case stemmed from an alleged November attack on staff at the prison.

A probable cause statement from that incident states that on Nov. 15, at 2:45 p.m., Heflin was in one of the facility's dayrooms and struck an officer repeatedly in the head and upper torso with a metal handicap rail.

The report states two other officers entered the wing and directed Heflin to stop the assault. The man reportedly refused all directives and continued hitting the officer.

At that point, the report states, an officer administered a short burst of pepper spray, which struck Heflin on the back. The man then became compliant, and an officer placed him in wrist restraints.

As a result of the reported assault, the officer involved was transported to Parkland Health Center in Bonne Terre and treated for injuries to his left wrist, left upper arm, left ear, and the right side of his face.

According to court documents, Heflin has two previous 2013 convictions of endangering a corrections officer with bodily fluids. He was sentenced to three years in prison for one of the convictions and two years of incarceration for the other. Both sentences were ordered to be served consecutively for a total of five years.

Records show Heflin has multiple other prior convictions for crimes, including burglary, stealing, property damage, and possession of a weapon in jail/DOC.

Watch Now: Why are there more floods?

Watch Now: Why are there more floods?

Gross! An up-close look at the secret world of banana slugs

Gross! An up-close look at the secret world of banana slugs

A 27-year veteran of the St. Louis Metropolitan Police Department was charged Monday with three counts of child molestation — accused of touch…