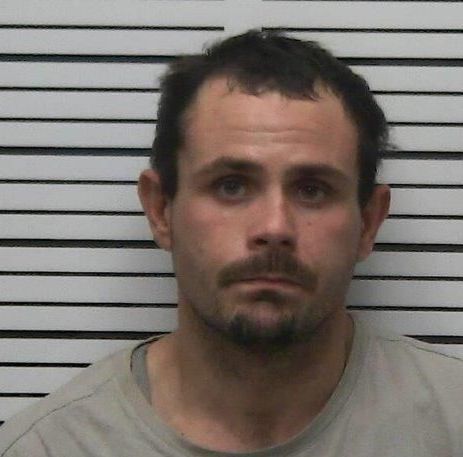 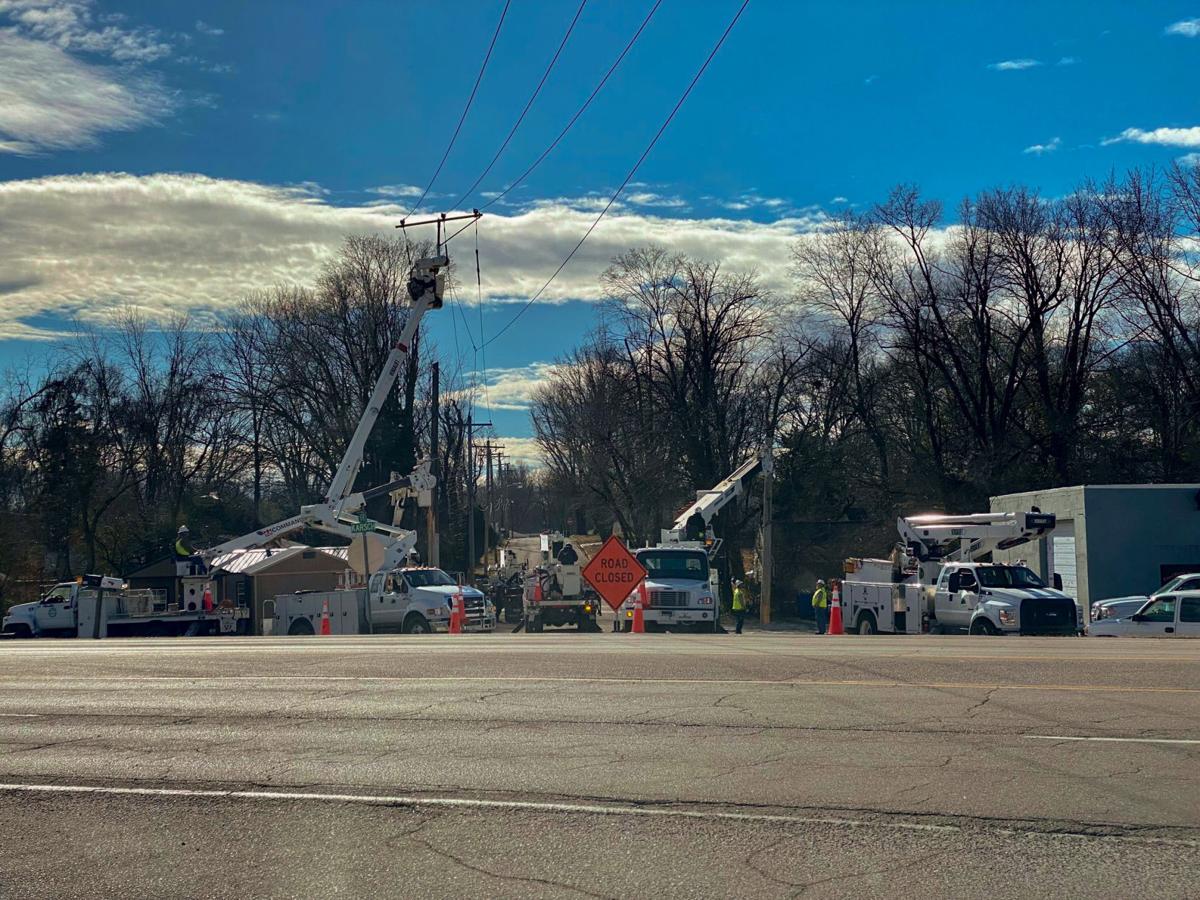 Crews repair utility lines after poles were damaged during a crash that ended a high-speed pursuit early Thursday morning on Karsch Boulevard in Farmington.

The St. Francois County Sheriff's Department said that shortly before 2 a.m., deputies were involved in a high-speed vehicle pursuit with 25-year-old Dakota Pace, who police have sought since earlier this month.

The chase reportedly ended after Pace crashed his vehicle into telephone poles on Karsch Boulevard in Farmington. Pace fled on foot from the vehicle crash and was soon apprehended by sheriff's deputies.

Pace evaded capture Jan. 4 "by driving a stolen vehicle deep into the woods in northern St. Francois County. A manhunt ensued with deputies and the sheriff's department K-9 teams tracking approximately 20 miles of rugged terrain," the department said in a previous social media post. "During the manhunt, it is suspected that Pace stole an ATV from private property to aid him in the escape."

Pace was wanted on a felony warrant related to charges pending in Madison County for second-degree assault and unlawful use of a weapon. According to the probable cause statement, Pace threatened a 17-year-old male with a knife in November.

The warrant was issued on Dec. 2 for failure to appear in court.

The man was also being sought for multiple theft investigations in St. Francois County.

After Pace was apprehended on Thursday, 18 charges were filed in St. Francois County related to stolen property, including forgery, trafficking in stolen items and 16 counts of receiving stolen property.

A probable-cause statement from the Park Hills Police Department states that on Nov. 9, at about 3:31 p.m., an officer saw a 2005 black Ford Focus traveling west on Parkway Drive. The officer stopped the vehicle for having a cracked windshield and no front license plate.

The report states the officer ran Pace's identification and a records check of the man returned five active warrants. Pace was detained and reportedly he provided consent to search the vehicle.

According to the statement, during a subsequent search of the vehicle, the officer located two wallets with many currency cards and identifications that did not have Pace's name on them. The officer reportedly located a black duffel bag that contained sensitive paperwork, and the names on the paperwork did not match Pace's identity. Additionally, the officer found a total of five driver's licenses, one driver's license with a paper copy of another driver's license taped over the top of it, and 17 debit/credit cards.

The report states that on Nov. 10, an officer with Bonne Terre Police Department was dispatched to New Era Bank at 2 E. School St. in Bonne Terre, in reference to a forgery.

The officer made contact with the bank supervisor identified, who stated that on Nov. 9, at 2:05 p.m., Pace came through the drive-thru and requested a withdrawal slip. The teller sent out a blank counter check. The man reportedly filled out the counter check completely, including the account number, signed the front and back of the slip, and requested a withdrawal for $3,500. The teller claimed the man presented a driver's license which matched the name on the check.

The bank supervisor told police that the account owner later reported a fraudulent transaction for $3,500 had been withdrawn from his bank account. The supervisor stated the bank was able to verify the signature on the check used to withdraw the money was not done by the account owner by checking the signature card from the owner's account and pictures of his recent transactions.

The report states surveillance footage from New Era Bank shows a black or dark gray passenger car in lane three of the bank's drive-thru during the event. The vehicle's description matched Pace's car when he was stopped by police in Park Hills later that day. The man also reportedly had $3,500 cash on his person, and a paper copy of the New Era Bank account owner's driver's license taped onto a Missouri Driver License of another individual.

Following Thursday morning's pursuit, Pace was booked at the St. Francois County Jail, and a $200,000 bond was set in the newly filed case. If released on bond, the man is ordered to comply with GPS and pretrial monitoring.

According to court records, Pace has felony convictions for stealing, second-degree burglary, leaving the scene of an accident, and two counts of resisting arrest.

Investigations are ongoing, and officials have said Pace could potentially be charged with additional crimes. The Sheriff's Department officials said they would like to thank the Farmington Police Department for their help in bringing Pace to justice.

Damier placed on probation for endangering welfare of child

Grady sentenced for abandonment of a corpse

Timothy Grady, 57, of Park Hills, was sentenced Wednesday to four years in prison for abandonment of a corpse.

Matlock charged with murder of step-grandson

An area man was arraigned this week on charges including murder relating to a reported homicide in Washington County last week.

Crews repair utility lines after poles were damaged during a crash that ended a high-speed pursuit early Thursday morning on Karsch Boulevard in Farmington.