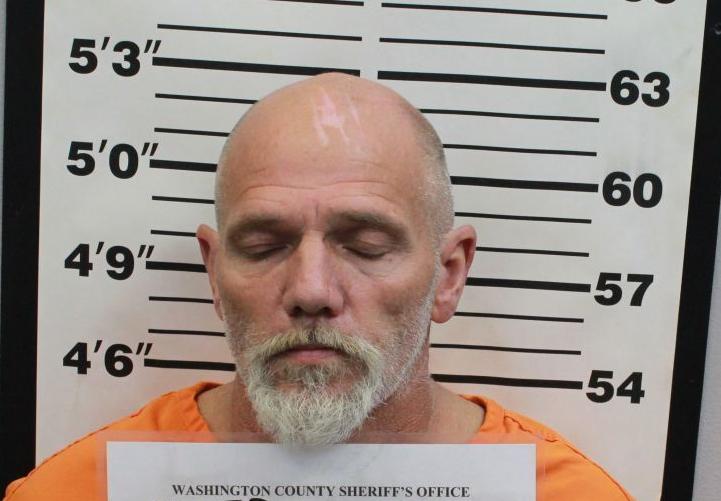 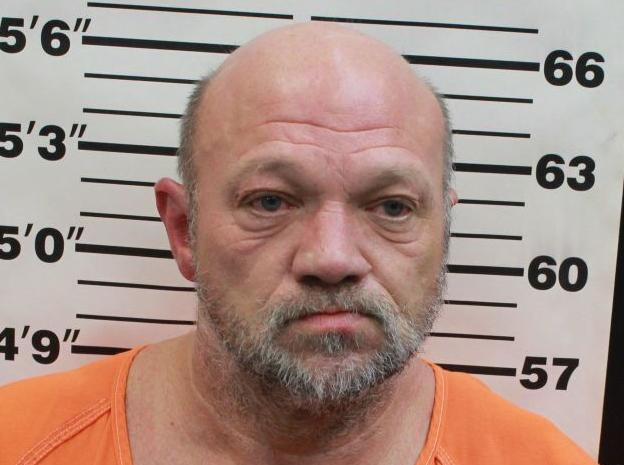 Two men are facing charges in Washington County after multiple firearms and stolen items were allegedly located at their property on Highway 32 last week.

Warren Elser, 55, and Emmett Elser, 53, both of rural Bismarck, have each been charged with first-degree tampering with a motor vehicle, stealing ($750 or more), and four counts of possession of equipment or parts with altered identification numbers.

According to a probable cause statement from the Washington County Sheriff's Office, police searched a property located on Highway 32 just outside Bismarck on Dec. 22.

During the search of the residence and property, police located a total of 13 firearms, approximately 10.5 ounces of methamphetamine, $24,732 in U.S. currency, a stolen vehicle, a stolen camper, and four defaced trailers, according to the report.

The report states Warren Elser, a convicted felon, had two firearms in his bedroom: one described as a Cobra 9mm and the second described as a Bryco 58' .380 cal. handgun. While inside Warren's bedroom, deputies also reportedly found around an ounce and a half of methamphetamine, along with plastic baggies used to package narcotics, and digital scales.

Inside Emmett Elser's bedroom, deputies found a handgun and a rifle: a Forjas Taurus 9mm handgun and a Savage Arms .22 cal./20 gauge.

According to the statement, during the search of Emmett Elser's bedroom, deputies also located a safe inside the wall containing $15,180 and approximately nine ounces of methamphetamine.

The report states deputies discovered more firearms at a home belonging to a relative of the two men, located next door on the same piece of property.

A deputy reports the relative brought him to a spare room in her home where a pile of firearms, ammunition and a safe was found on the floor. The relative told the deputy that the items belonged to Warren Elser and that he kept them at her residence.

In total, the report states nine guns were located in the relative's house, and $4,850 was recovered from inside the safe found in the spare room.

The report states a stolen 2005 Volvo S40, valued at $3,000, and a 2014 Gulf Stream Trailmaster camper, valued at $15,000, were located behind the two men's residence. The car and the camper reportedly belong to separate Washington County residents.

The investigators also found four trailers on the property had the VIN plates removed and defaced off of them, according to the report.

Both men were arrested and taken to the Washington County Jail. The court set Warren Elser's bond at $200,000, and Emmett Elser's bond was set at $150,000. If released on bond, both men are ordered to comply with GPS monitoring.

The criminal complaint states Warren Elser has several felony convictions and has failed to appear in court for past cases multiple times. The complaint says he is facing a possible life sentence, plus 104 years, in this case.

At trial and charged as a persistent offender, he could be looking at a life sentence, plus 155 years, if convicted of the recently-filed charges, according to the criminal complaint.

Court records indicate Emmett Elser also has multiple felony convictions and is considered a persistent drug and felony offender. The man is currently on bond for one pending felony charge of possession of a controlled substance in St. Francois County and another pending felony case of resisting arrest in Washington County, according to court documents.

The criminal complaint states Emmett Elser could face a possible sentence of life in prison, plus 55 years, in the recently-filed case. According to the complaint, he would potentially be looking at a life sentence, plus 85 years, if convicted at trial as a persistent offender.

The U.S. Marshals arrested 16 individuals, including two from St. Francois County, on Tuesday as the result of a federal grand jury indictment…

Three men who escaped from the Iron County Jail Saturday have been charged with escape from custody.

A man faces charges in Washington County following an alleged New Year's Eve police pursuit that ended with a crash.

A Park Hills area man was sentenced to five years of probation on Monday after he admitted trying to meet up with a 14-year-old girl for sex.

A man faces charges in Washington County after allegedly shooting another man he thought had been trespassing on his property.

A Farmington man is facing seven years in prison after breaking into Bonne Terre Huddle House in September and stealing items, including steaks.