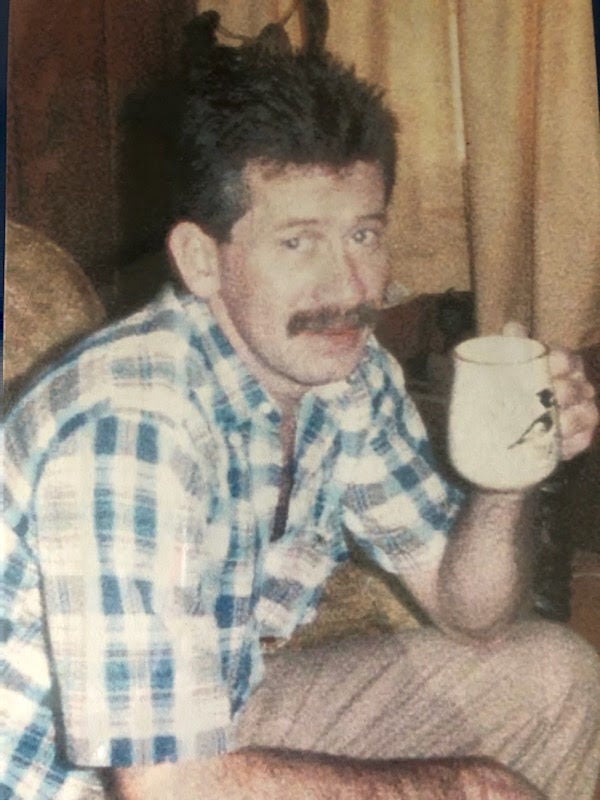 An investigation into the murder of Jimmie Wade Martin, a 29-year-old Bonne Terre father killed in 1989, has been reopened. 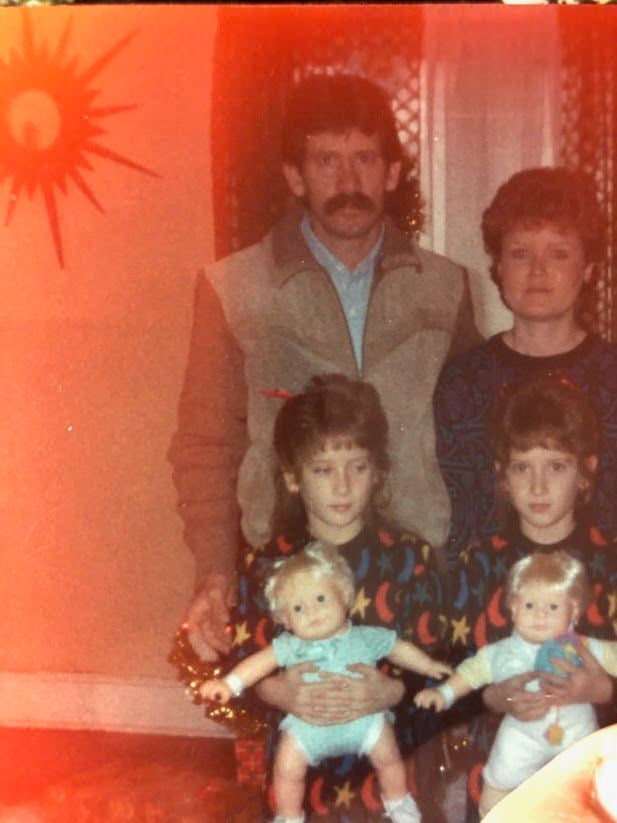 Jimmie Wade Martin's twin daughters have been following leads and gathering information about their father's unsolved murder for years in hopes of securing justice for their family. 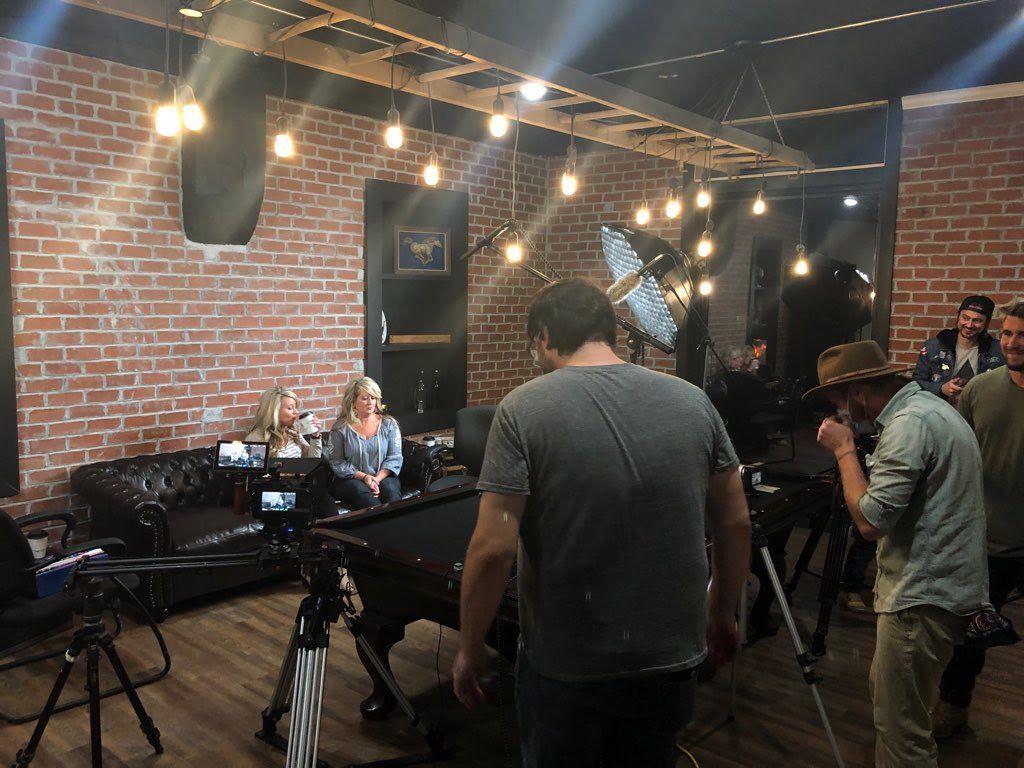 Jimmie Wade Martin's twin daughters, Andrea Lynn and Angela Williams, sit for an interview featured in a documentary about their quest for closure in their father's unsolved 1989 murder in Bonne Terre.

The victim, Jimmie Wade Martin, was killed in Bonne Terre a short distance from the Coal Bin Tavern in the early morning hours of Oct. 14, 1989.

"New leads have emerged in the case, and investigators are continuing to work diligently to unearth information that could lead to charging the person responsible for Martin's death," the prosecutor's office said Wednesday. "We are hopeful that the technologies available today that were not developed in 1989 will assist in finding a resolution to this case.

"All persons are considered innocent until proven guilty in a court of law, and this case will be no different," a press release from the prosecutor stated. "To maintain the integrity of this case for an eventual trial, further details of the investigation will not be released at this time."

A True Crime podcast and documentary, Small Town Forgotten, recently began examining the facts of the unsolved homicide. The podcast, which premiered on Nov. 13, is hosted by local businessman Chris Hulsey, a relative of Martin.

Hulsey said he and everyone involved in finding answers about Martin's death are thrilled with the progress made thus far. He said many people had come forward with valuable information.

"Honestly, we've had so many people, because of the podcast, come forward and share things with us that they've carried with them for three decades," said Hulsey. "And we honestly weren't even looking for that information. But they come forward with something because they listen to the podcast, and it ends up being some monumental discovery in the case.

"So, as far as we're concerned, the podcast has reawakened this case," he said. "I don't think it would be where it's at without the podcast and also the work of the county and the Highway Patrol. Ever since we presented to them what we had and our suspicions, they have gone above and beyond to help us and to steer us in the right direction, the kinds of things we should be releasing on the podcast, and what not to [release]."

Hulsey explained that the production of podcast episodes had been temporarily put on pause for the last few weeks at the request of the investigators.

He said the outcome looks promising, and he wanted to thank all of the listeners and anyone who has shared information.

"We're over the moon about how it's going so far and about how the search or quest for justice for Jimmie Martin has made leaps and bounds in the past few months," Hulsey added. "Small Town Forgotten, the podcast and the documentary, are extremely grateful for everybody that's listening because the people that are listening and then sharing their stories is what is moving this case forward. And everybody that has a story to tell, no matter how small it is or how small it may seem -- it can be a lot more than you think."

Martin's twin daughters, Angela Williams and Andrea Lynn, have been investigating their father's death since 2007, running into roadblocks along the way. The twins said the recent developments had been a surreal experience.

"Everything that's happened is basically because of [Small Town Forgotten], and I can't thank them enough for that," said Williams.

The twins said they were pleased with the recent efforts of the MSHP investigators in pursuing the cold case once more.

"We're just super impressed with the Highway Patrol," said Lynn. "They're giving us timelines on some things, and they're following through with everything that they said that they're going to do."

"So, you know, with Small Town Forgotten and the Highway Patrol, and now the prosecuting attorney's office, it's like a dream has come true," said Williams. "It's like a domino effect; the first domino fell, and it just keeps on falling."

Martin was 29 years old when his life was cut short after an incident near a since-closed tavern on Division Street.

The Bonne Terre father was found on Mound Street lying on the sidewalk and appeared to have died as a result of injuries sustained from being struck with a blunt object, according to Daily Journal reports at the time.

A 27-year-old man was arrested and charged with Martin's murder. However, three days before the man was to be tried in court, the second-degree murder charge was dismissed by the prosecuting attorney at the time due to insufficient evidence. The previously charged man is reportedly not a suspect in the new investigation. After the murder charge was dismissed against the man, the prosecutor at the time was quoted saying, "this case is not ended by any stretch of the imagination."

The podcast and other content from Small Town Forgotten is available on various platforms such as iTunes, Spotify, Podbean, and their website, www.smalltownforgotten.com.

According to a news release issued Friday by the Eastern Missouri District of the U.S. Department of Justice, Tyson Rutledge, 48, of Bonne Ter…

According to a Missouri Department of Corrections news release issued by Communications Director Karen Pojmann, an inmate has died at Farmingt…

Officials in Madison County have released more details about their investigation of a death that occurred Sunday morning.

Scam of the Week: Security Tips — URLs are only half the story

If you’ve taken security awareness training, you have probably been taught to hover your cursor over a link to view the destination URL.

An investigation into the murder of Jimmie Wade Martin, a 29-year-old Bonne Terre father killed in 1989, has been reopened.

Jimmie Wade Martin's twin daughters have been following leads and gathering information about their father's unsolved murder for years in hopes of securing justice for their family.

Jimmie Wade Martin's twin daughters, Andrea Lynn and Angela Williams, sit for an interview featured in a documentary about their quest for closure in their father's unsolved 1989 murder in Bonne Terre.