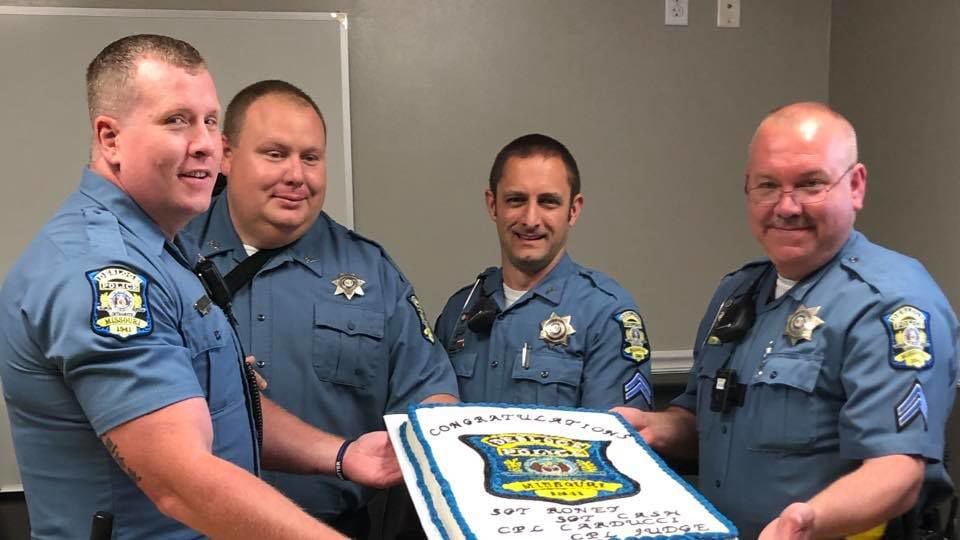 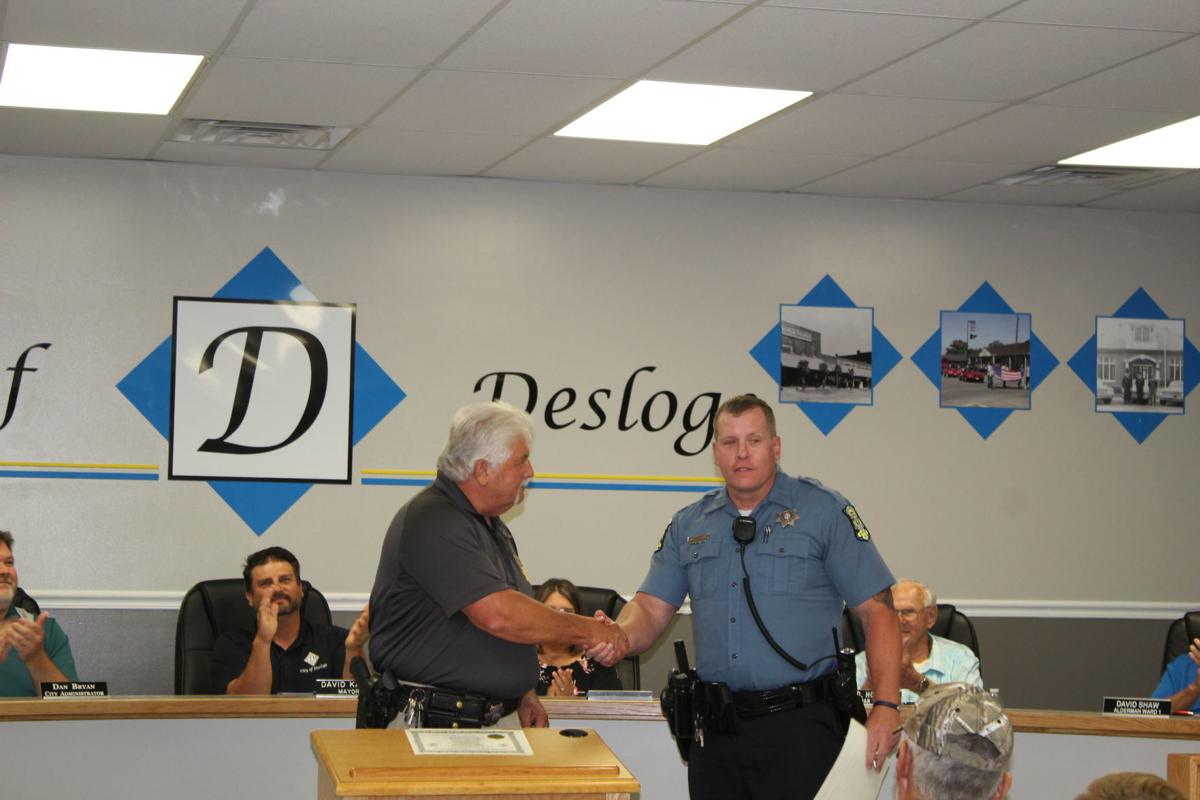 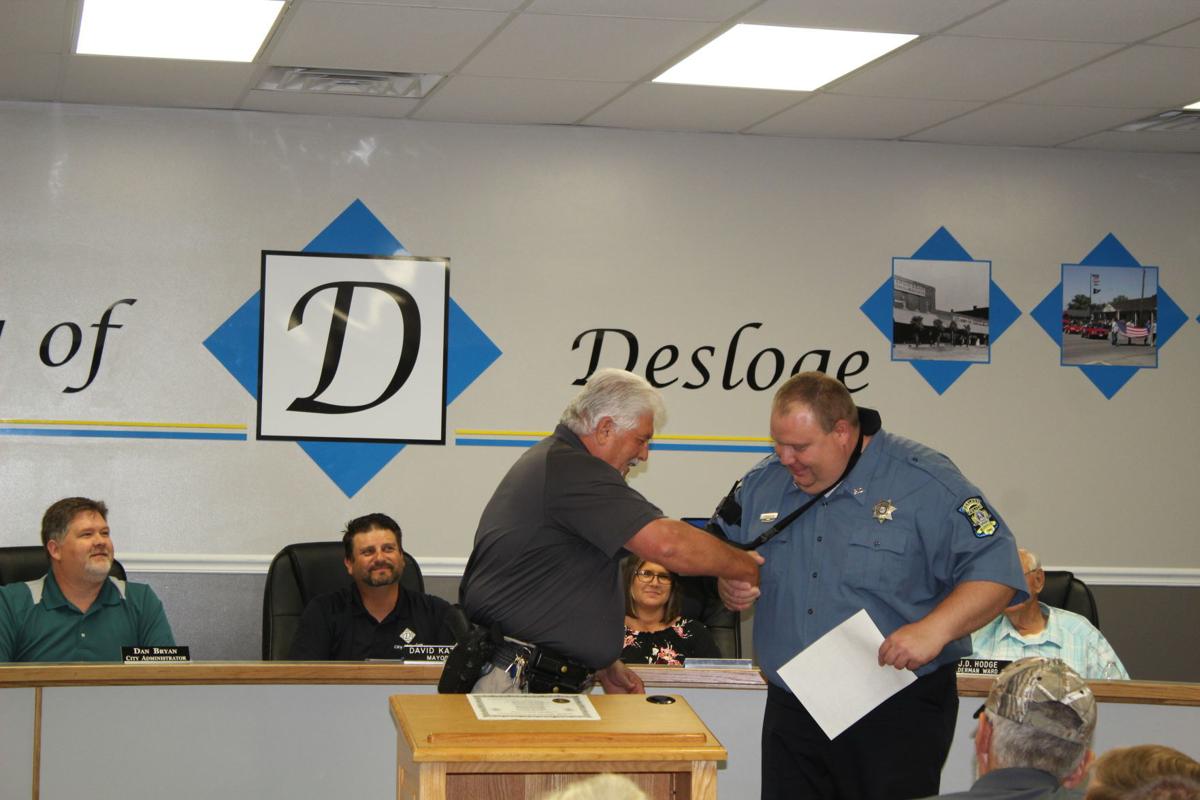 Officer Joseph Carducci is promoted to corporal on Monday night. 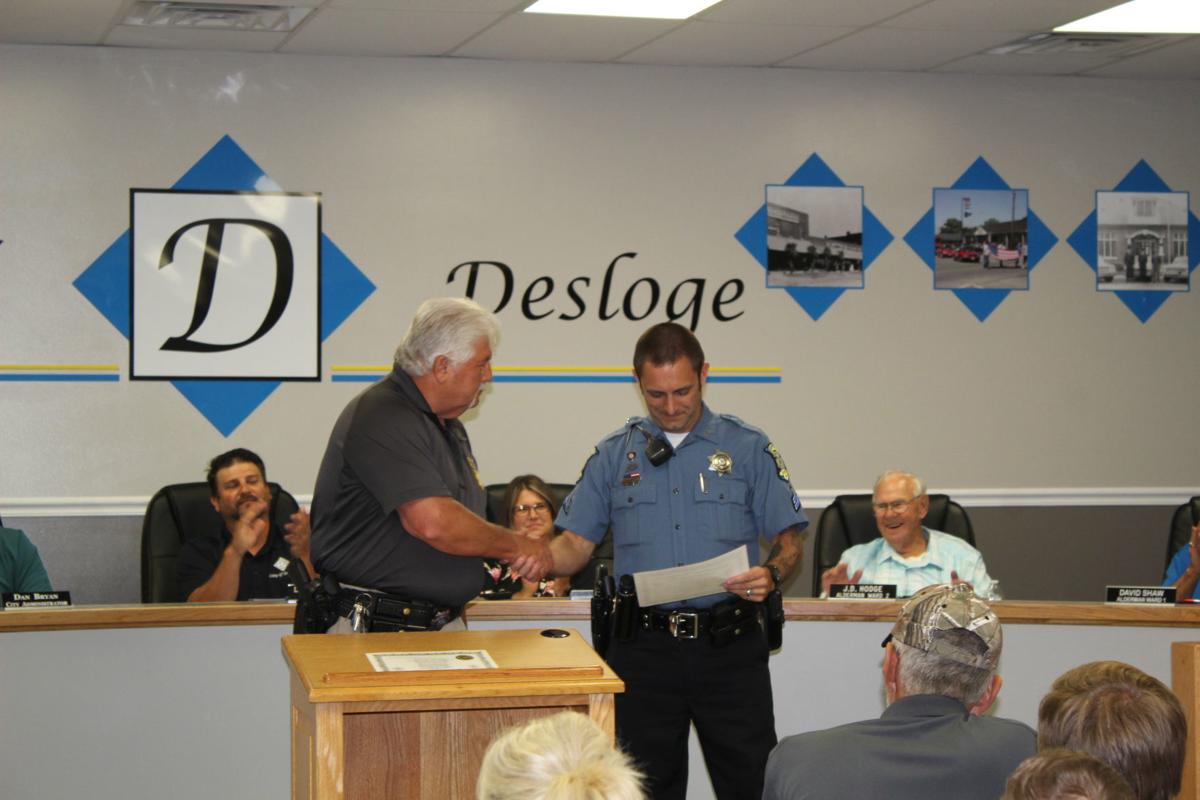 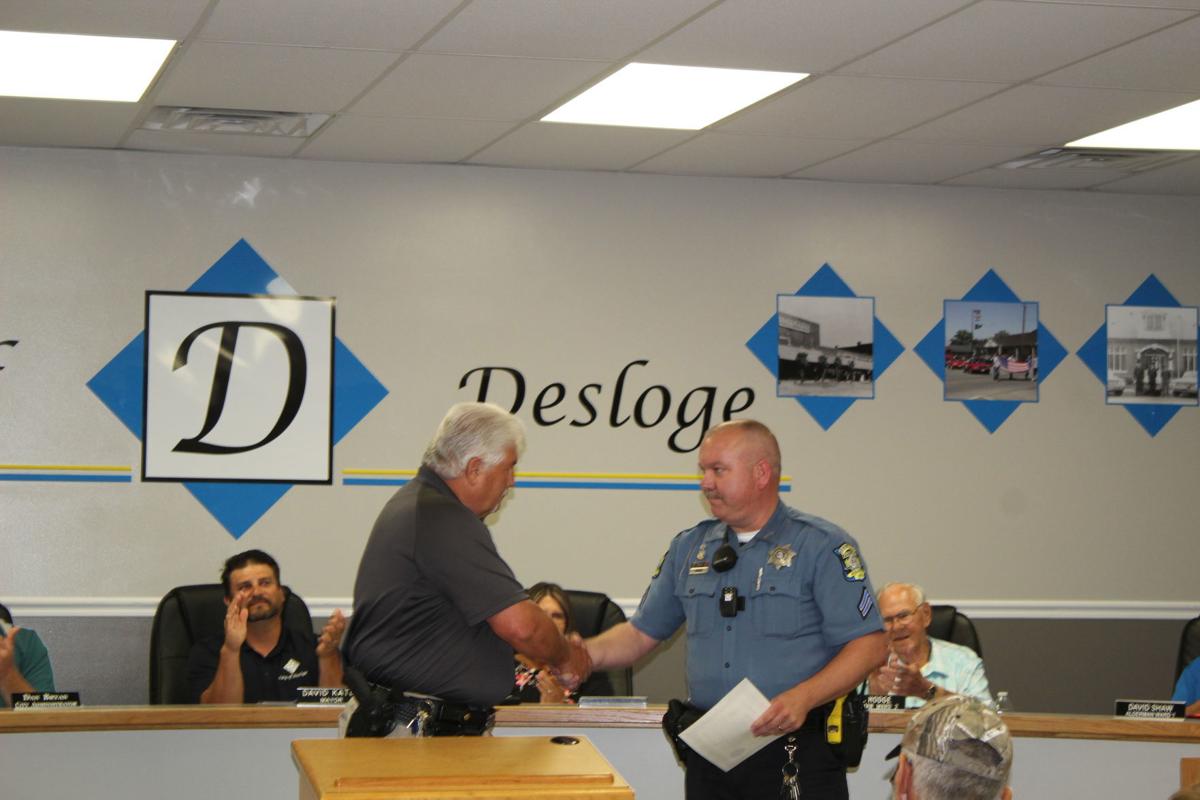 Cpl. Sean Roney is promoted to the rank of detective sergeant on Monday night.

After entering a new budget year, combined with the passage of Prop P in April, the city of Desloge was able to fund promotions in the police department that have been long overdue.

Desloge Police Chief James Bullock said that he is pleased that the four officers who received promotions on Monday night have stuck it out with the city.

“These promotions are much deserved and we are pleased to be able to finally do this,” said Bullock.

Bullock said that he wished to express his sincere thanks to the citizens of Desloge for the passage of Prop P to boost public safety.

“We are now able to get our officers caught up to some of the towns around us and we don’t have to worry as much about them leaving to make more money,” said Bullock.

The first promotion of the evening was Officer Brad Judge who became a corporal. Cpl. Judge is a 13-year veteran of the department. Judge serves as the department's K-9 Unit handler and spends a great deal of time working with K-9 Officer Scuby.

An 18-year veteran of the police department, Officer Joseph Carducci, was also promoted to corporal. Carducci is from Desloge and serves as the department’s evidence officer, making sure all evidence is appropriately marked, bagged, and stored, and also does field training for the department.

“Thank you to the community for your support and the city for being behind the department,” said Carducci, “I would also like to thank Chief Bullock for his confidence.”

Already a corporal and having served the city of Desloge for 17 years, Cpl. Dustin Cash was promoted to sergeant. Sgt. Cash serves as the night shift supervisor for the department. Cash is originally from Illinois and moved to Missouri after two years of college for criminal justice. Cash graduated from Mineral Area College Law Enforcement Acamdey in 2001.

“I am honored to be promoted to sergeant and I love the city of Desloge,” said Cash, “I am so happy that the citizens of Desloge voted for Prop P so that the police and fire departments can do some much needed and well-deserved things.”

The final promotion was given to Cpl. Sean Roney. Roney, a 15-year veteran of the police department, has now been promoted to detective sergeant. Roney serves as UCR Reporting System Network administrator and spends a great deal of time approving incident reports from officers.

“I would like to thank the city for voting for Prop P because it has provided a much needed boost for the policing of Desloge,” said Roney.

Mayor David Kater congratulated the officers on their promotions and said that he was very pleased that the city was finally able to do this after all these years. Kater also said that in the next month the city will be addressing some new ideas for the fire department.

Desloge promotes 4 officers as a result of Prop P

A former police officer for the City of Desloge faces drug charges in St. Francois County this week following an investigation by the Mineral …

Officer Joseph Carducci is promoted to corporal on Monday night.

Cpl. Sean Roney is promoted to the rank of detective sergeant on Monday night.