Become a Member
Read Today's E-edition
Share This
A knack for poetry, photography; Hamm helps others with workshops at MAC Saturday
0 comments
Share this
Pam Clifton

Justin Hamm has been writing poetry since he was 11 years old. It wasn’t until college that he became interested in writing fiction.

He earned a master’s degree in fine arts from Southern Illinois University at Carbondale and continued to write.

As he continued his writing, he found that he could write and complete poems much easier than fiction.

“I could write and finish poems around the demands of teaching in a way I couldn’t with fiction,” he said.

Hamm, of Mexico, Mo., is a K-12 librarian for the North Callaway R-1 School District in Kingdom City, about a two-and-a-half-hour drive from St. Francois County.

He said he’s found a lot of “carry over with poetry.”

“I’ve been writing since I was a kid, but writing seriously for about 20 years,” he said. “Really, though, the training has been reading great poets and writers.”

Hamm feels reading is by far the best education for any writer.

When he writes poetry, he prefers to write poems which aren’t “too cryptic” and poems that people can understand.

“I think that is possible to write poetry well without obscuring all sense and meaning,” he said. “I don’t like poems that make me feel numb. I also want to write poems that have an emotional center [because] heart is tremendously important.”

Hamm won the Stanley Hanks Memorial Poetry Prize several years ago and has had some of his poetry selected for numerous anthologies including the New Poetry from the Midwestern series. In addition, he has been nominated for both the Pushcart Prize and The Best of the Net award many times during the last 10 years. In 2019, he had a poem that was selected to be included in the World Scholar’s Cup curriculum. About 50,000 students worldwide studied the poem, and the WSC flew Hamm to Manila to discuss his poetry with students during one of their rounds of competition.

In addition to his poetry, has written a variety of works including three full-length books titled "Lessons in Ruin," "American Ephemeral" and "The Inheritance." He has also published two chapter books, and he’s had work regularly included in literary journals and magazines. He tries to stay active in the “live reading scene.”

His interest in photography came later when he realized he wanted to write about the Midwest. So, he started taking photographs so he could write better descriptions.

“Eventually I got interested in making the pictures better and more interesting as well,” he said.

“Americana has always been a big inspiration [for me],” he said. “In my photos, I try to depict a rustic, weathered version of the Midwest. In my poems, I populate that setting with the human element.”

He received formal training in photography from a friend who is a photographer. He learned the basics of how a camera works, from exposure, depth of field and more. From there, he said it was very similar to writing.

“I look at a lot of photographs to try and understand composition, mood, visual metaphor and so on,” said Hamm.

His art photography is mostly landscapes and details of those landscapes. Although he photographs portraits and events, he considers that a side job more than a personal artistic pursuit.

Hamm’s work that appears in his book "Midwestern" and his traveling photography/poetry show, which is also called Midwestern, focus mainly on “rough or ghostlike landscapes.” His goal is to take photos to invite someone else to make up a story. His works have traveled throughout the Midwest region for three years and appeared in numerous galleries over a two-year period.

“I love it when people who wouldn’t normally come to a poetry reading or a photography exhibit decide to see Midwestern because of the subject matter,” he said. “I’ve had some great conversations with farmers about some of the barns and corn cribs I’ve photographed, and they’ll often mention a poem I read too. There’s not much better than that.”

His photographs have appeared in many literary magazines and on the cover of numerous books and magazines.

When Hamm was a Missouri Arts Council Featured Artist in 2020, Mineral Area Council on the Arts Director Scottye Adkins discovered his work and invited him to visit the Parkland.

Hamm’s photography exhibit opens at 2 p.m. Saturday followed by his creative writing workshop that also includes public readings of the winning entries from MACOA’s Creative Writing Contest at 3 p.m. After a break, Hamm will begin his photography seminar at 6 p.m.

These events are free to the public and are made possible with public support from the Missouri Arts Council, a state agency.

During his writing workshop, Hamm plans to encourage attendees to tap into their emotional reserves.

“I’m also going to talk about where we can find inspiration or motivation to write when it seems futile or indulgent,” he said. “We are also going to have a chance to do some writing – this will be a generative workshop.”

He plans to talk about scouting locations, the element of surprise and how photography and poetry relate to one another.

“I’ll share some poems that came out of photography,” he said, “and I’ll also talk about having a thought-out perspective and vision and how that helped me sort of break through with gallery shows.”

He’ll also share tips on how to overcome writer’s block.

He said writer’s block isn’t about being short of ideas. Instead, it’s about “how your internal censor bullies you into thinking your ideas aren’t worth the time. I’m going to talk about that.”

As for ideas on how writers can get their work published, Hamm said they should not allow that desire to override their desire to write because publishing has “nothing to do with the writing part of being a writer.”

He said, “It is a completely different animal. There are good processes you can follow for submitting your work.”

Although Hamm plans to share some of those ideas at the workshop, he said the biggest tip he can offer is to “eliminate any thoughts of publication while doing the writing.”

As for photography tips, Hamm said people who have an eye for proper perspective can really turn almost any photograph into something good.

“There are obviously technical problems that occur from not understanding a camera or light,” he said, “but if a photographer has enough imagination, even ‘flawed’ images can be turned into something interesting.”

A Moment in Kansas

through the dark stomach

The man in the truck

on the rural route

for just a moment

he has ever made

But only a moment.

Now he turns from

the ballad of whatever 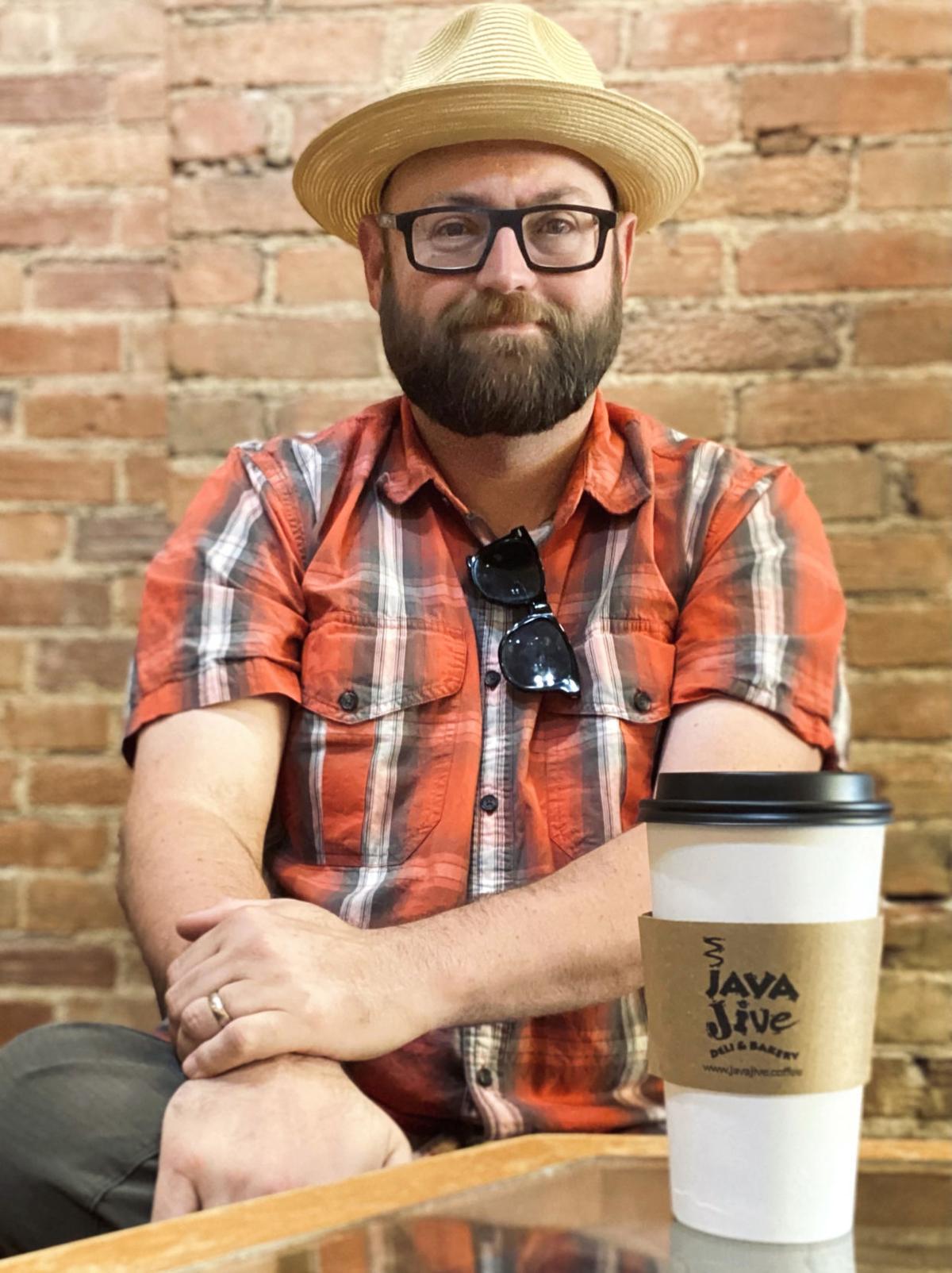 Justin Hamm’s photography exhibit opens at 2 p.m. Saturday followed by his creative writing workshop that also includes public readings of the winning entries from MACOA’s Creative Writing Contest at 3 p.m. After a break, Hamm will begin his photography seminar at 6 p.m. 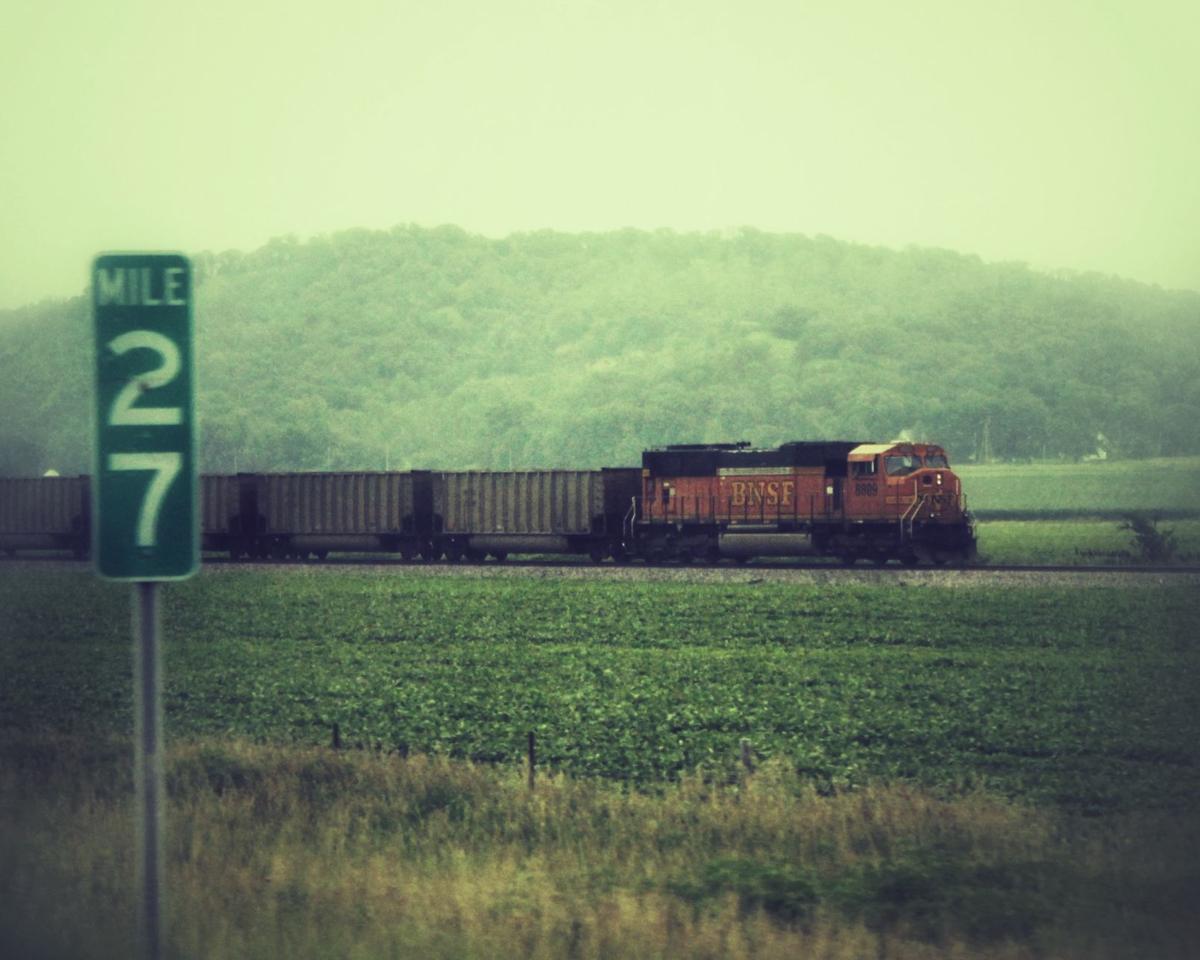 Justin Hamm's interest in photography came when he realized he wanted to write about the Midwest. He started taking photographs so he could write better descriptions.