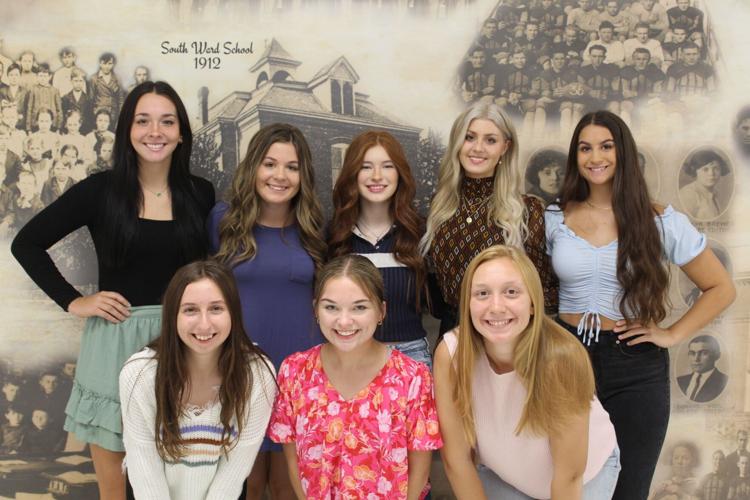 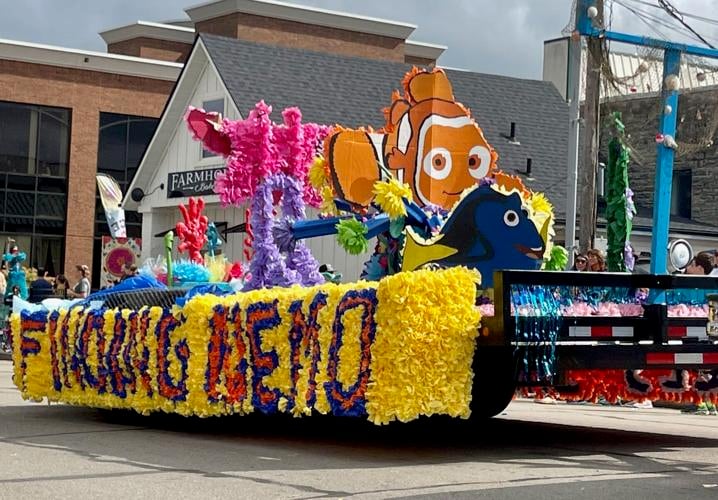 This year's Farmington High School Homecoming Parade takes place beginning at 1:30 p.m. Friday. The route begins on Kinzer Street, turns left and then travels on West Columbia Street before turning left on Henry Street for one block. The parade then turns left on East Liberty Street and returns to the high school on Black Knight Drive.

Emma Umfleet is representing Student Council. Her parents are Tina and Jeff Umfleet. Her escort is Carson Short, son of Lisa and Mike Short. Emma is co-captain of the Knightline Dance Team, Senior Class secretary, a competitive dancer at Farmington Creative Arts Center, a member of the National Honor Society and a UDA All-American dancer.

She plans to attend Missouri State University with a major in health sciences.

Grace Duncan is representing Fall Sports. Her parents are Bobby and Leslie Duncan. Her escort is Brady Cox, son of Kelly Murphy and James Cox. Grace is in volleyball, basketball and track. She has been a part of two district championship volleyball teams, receiving all-conference and all-district honors. Grace is also a member of the National Honor Society.

She plans on pursuing volleyball in college and studying nursing.

Riley Schrag is representing FFA. Her parents are Amanda and Kenny Kennedy, and Robert Schrag. Her escort is Ryan White, son of Demetra Whitehead and Charles White. Riley is in varsity soccer, FFA, FTA, FBLA, and FCCLA.

She plans on attending Missouri State University, where she intends to major in agriculture education.

Taylor Matthiesen is representing Knightline. Her parents are Julie Umfleet Matthiesen and Brian Matthiesen. Her escort is Landon Johnson, son of Kim Johnson and Scott Johnson. She is a six-year member of Knightline, having served as co-captain, technique leader and currently as captain. She is a four-year member of the student council and has served as class treasurer, class president, student body vice-president and student body president.

Taylor plans to attend Missouri State University where she will major in elementary education with the intent of receiving a masters for school administration. She also wants to dance as a Missouri State Sugar Bear during college.

Hannah Sertl is representing JROTC. Her parents are Bruce Nations and Christe Sertl. Her escort is Kadyn Cole, son of Kristin and David Brown. She is active in marching band, Knightline, JROTC, Upward Bound and the National Honors Society.

Olivia Rastorfer is representing Cheerleading. Her parents are Kelley and Mike Mills. Her escort is Parker Dickinson, son of Stacy and Brett Dickinson. Activities she's been involved in include choir, track, FCA, Theatre Guild and Art Club. In cheerleading, she is a four-year varsity athlete and UCA Varsity All-American. She received the "Most Versatile" and "Academic Excellence" awards. Olivia also has two years of honor choir — Acapella and Choraliers.

Olivia plans to to attend a four-year university majoring in engineering and specializing in nuclear energy.

Aiden Moriarty is representing Black Knight Marching Band (BKMB). Her parents are Patrick and Tammy Moriarty. Her escort is Trent Galczynski, son of Nikki and Dave Galczynski. Her activities include membership in the BKMB Leadership Team and serving as captain of the Cross Country Team. She is a member of the track team, president of the National Honor Society, and a member of FBLA, HOSA and Scholar Bowl.

Aiden plans to graduate high school with an associate’s degree from Mineral Area College and then attend a four-year university.

Anna Sikes is representing Theatre Guild. Her parents are Jennifer and Jim Sikes. Her escort is T.J. Benoist, son of Tom and Tammy Benoist. She is class vice president and an active member of the Student Council. She has served in leadership for three of four years in FHS Theater Guild and is currently serving as guild president. She is a four-year yearbook staff member and senior editor. Additionally, she is a committee member of Knights In Action, Scholar Bowl, and the Speech and Debate Team.

Anna is dual-enrolled as a high school/college student at Mineral Area College. Anna is a member of New Heights Church and assistant to the children’s church ministry. Anna has danced competitively for 12 years at Farmington Creative Arts Center. She has also started a business, Jet Set Pets, where she pet-sits for 30 clients in St. Francois County.

Anna plans to attend law school at Saint Louis University and to become a Cardinal Girl during college.

During Homecoming Week, there will be a spirit activity with students wearing specific clothing each day: Monday is PJ Day, Class Shirt Day and Anything but a backpack day; Tuesday will be BBQ Dad vs. Soccer Mom; Wednesday will be Huntin’ vs. Puntin’; Thursday will be Dress Like Something that Starts with the First Letter of your Name, and Friday will be Black and Gold Day.

Farmington schools will dismiss early on Friday, and the parade will line up at the high school from 11:30 a.m.-1:15 p.m., with the parade starting at 1:30 p.m. The route begins on Kinzer Street, turns left and then travels on West Columbia Street before turning left on Henry Street for one block. The parade then turns left on East Liberty Street and returns to the high school on Black Knight Drive.

The homecoming game will kick off at 7 p.m. with the Farmington Knights hosting the Cape Central Tigers. The Homecoming Queen Coronation will be held during halftime with a band and Knightline performance following the game.

UniTec Career Center's Student of the Month for October 2022 is Colby Wilkerson, a North County senior who is pursuing a career in Culinary Arts.

UniTec Career Center's Student of the Month for September 2022 is Tara Walters, a North County senior who is pursuing a career in Health Services.

The Desloge Chamber of Commerce met Nov. 1 for the monthly luncheon and heard from two people about the importance of art and creativity. Jane…

The Farmington School District released a statement on a safety issue that developed at the Farmington Middle School on Friday.

After the October board meeting, the Bismarck Board of Education is looking to fill two vacancies among its members.

This year's Farmington High School Homecoming Parade takes place beginning at 1:30 p.m. Friday. The route begins on Kinzer Street, turns left and then travels on West Columbia Street before turning left on Henry Street for one block. The parade then turns left on East Liberty Street and returns to the high school on Black Knight Drive.