Business instructor Christy Pierce held a Mentor Match Meeting, the first public presentation of new businesses concepts put together by teams of high school students. The teams make presentations to a rotation of local business and community leaders. The leaders then ask questions about the concepts and later may fill out forms volunteering to mentor the students or speak to them during classes about various aspects of businesses.

“This is our second year for INCubatoredu and I could not be more proud of the group that I have now,” said Pierce. “We were actually able to add another team, which is very exciting. Last year we had three teams, this year we have four.

“This year they decided on their business ideas a lot earlier than they did last year. They are all sold on them. I feel like their heart and soul is in on it. Each group is totally different. There’s not one business idea that is similar to the ones last year.”

Pierce went on to describe the four potential businesses.

“We have a group called Imortalyze and they are looking into how they can put plaques or some type of emblem onto a headstone where someone can go into a cemetery and scan it and hear about that person’s life. The idea is that their memory is not forgotten.”

The second group Pierce discussed is called “Menus,” which will create a food website or an app.

“It has to do with making sure that you can go to the restaurants that you want to go to whether you are gluten-free, you have an allergy, or on a specific diet in your local area,” she said. “You can put that information into their app or website and find what is a good fit for you in rural areas. Sometimes other apps get outdated with their menus. They will keep up-to-date with the menus."

“We have a lot of established businesses in Farmington, but how do they get their videos on their website?” she asked. “How do they get a video on one of the boards at the football game? How do they get it on the jumbotron at MAC? They also want it to be at an affordable price.

"Two of the students are very involved at Black Knight TV, which helps a lot. The other two are very good at the marketing side. They actually already have a lot of their equipment, and they already have a paying customer with Parkland Hospital that has partnered with them to do a media commercial style promotional video.”

The fourth team is called “Replay,” a toy recycling program.

“Replay is a company that found there is need for what parents do with toys they no longer need,” Pierce said. “What do parents do that don’t want to continuously buy toys that children don’t want to play with. It is a toy subscription business where you can donate toys and get credit for doing so.

"Every so often you get toys in return and return them as well. They found another target market of parents that simply don’t want toys anymore as they are out of that stage. At that point, they can still donate to that business and choose to get a credit you can choose to give to somebody or donate to a cause of your choice.”

Throughout the school year, the students will continue to develop their businesses with another event called MVP (Minimum Viable Product) around the first of the year where they display the improvements to their companies and then will have their final pitch to a team of judges near the end of the school year.

Of the three companies created last year, Pierce gave an update on two that are still functioning.

HonorRollEDU is an affordable tutoring service that matches students with qualified instructors in the community. The program is designed to help students in rural areas that do not have good access to tutoring and to help students that have fallen behind due to COVID issues. Kate Howard, Tessa Hand, Campbell Blum and Breanna Mathes made up the team. The business actually showed a profit before the final pitch.

Pierce noted that honorRollEDU is still a functioning business, has created an LLC, and is still tutoring students.

Taffeine consisted of partners Peyton Ryan, Landen Reeder, Diep Phan and Cadence King. The product is a naturally caffeinated taffy with ingredients that can be fully absorbed in the digestive system for a quick energy source. At one point, the team partnered with Kristina Gardner, a senior product development scientist with Mars Wrigley, who made a prototype in the Mars Wrigley lab to help correct the formulation.

According to Pierce, Taffeine is still tweaking its recipe.

“This is our second year for INCubatoredu and I could not be more proud of the group that I have now. We were actually able to add another team, which is very exciting. – Christy Pierce, FHS business instructor

UniTec Career Center's Student of the Month for October 2022 is Colby Wilkerson, a North County senior who is pursuing a career in Culinary Arts.

UniTec Career Center's Student of the Month for September 2022 is Tara Walters, a North County senior who is pursuing a career in Health Services.

The Farmington School District released a statement on a safety issue that developed at the Farmington Middle School on Friday.

County comes to agreement with MAC on grant

On Tuesday morning during its regular meeting, the St. Francois County Commission revisited its Oct. 25 decision to close out the Community De…

After the October board meeting, the Bismarck Board of Education is looking to fill two vacancies among its members. 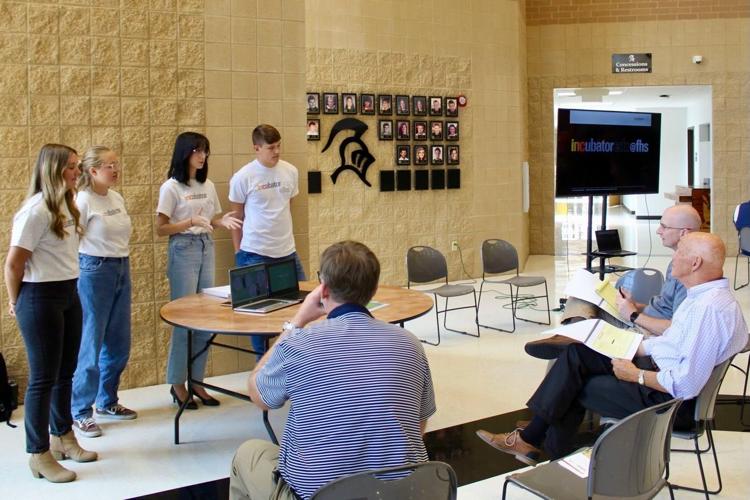 A team of students in Farmington High School's INCubatoredu program give a presentation about their potential business to community leaders at the recent Mentor Match Meeting. 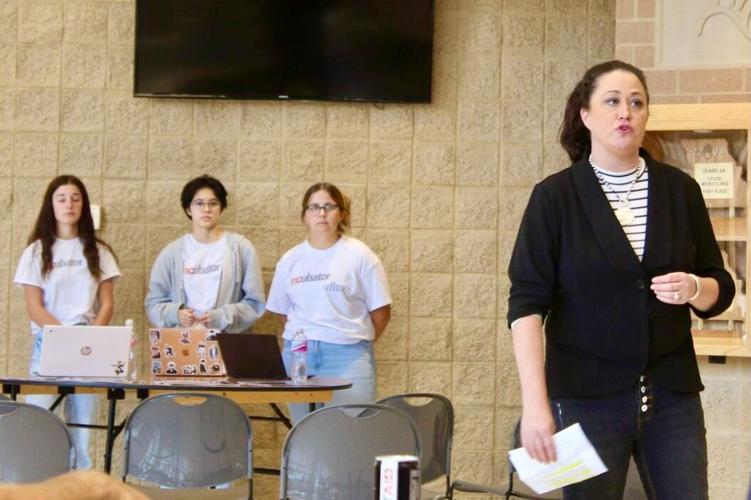 Farmington High School Business Instructor Christy Pierce speaks at the start of the Mentor Match Meeting for the INCubatoredu program.