The plaques includes the date Senate Bill 72 was passed, a photo of the students testifying at the hearing, and the pen that Gov. Mike Parson used to sign the bill.

The story began in December 2019, when Aaron Horrell and Barb Bailey of the Painted Wren Art Gallery in Cape Girardeau dropped by Lincoln Intermediate School to have students paint sections of a Missouri Bicentennial Mural to be displayed in Jefferson City.

The section of the mural completed in Farmington consisted of the Gateway Arch and the Missouri State Capitol.

While they were in town, Horrell and Bailey suggested that Washington-Franklin art instructor Janis Chatman attempt to have the Gateway Arch designated the official state monument.

"We had over 600 students paint on the mural," Chatman said. "That's how this came about. That's why they brought that panel specifically for the Farmington R-7 kids to paint on. They asked if we could do anything to get the arch designated as the state monument.

"I had contacted Rep. Dale Wright last spring and he explained to wait until December when bills are pre-filed. I contacted him again in December and by the next day it was a go. Within a couple of weeks they had a number for the bill and they had a hearing — and it was on its way. After many efforts by Rep. Wright and others, the bill passed just prior to the session ending in May."

UniTec Career Center's Student of the Month for November 2021 is Jewel Boyer, a Kingston senior who is pursuing Digital Media Production.

Mackenzie McAllister, a Farmington 12th grader, was one of only five students in the state to compete in the preliminaries for the Music Teach…

When it comes to education, it's a different world at the Farmington School District's Dayse Baker Learning Center (DBLC), where Dr. Mike Rick…

Line dancing, piano stylings, couples dancing, and violin. These are only a few of the new classes being offered through the Mineral Area Fine…

Mineral Area College is launching a new eight-week Psychiatric Technician program in January. The program will not be eligible for college cre…

Andy White has joined Mineral Area College as the new vice president of information technology and cybersecurity. He comes to the college from…

Gardening is an activity with many rewards, said David Trinklein, state horticulture specialist for University of Missouri Extension.

What comes next in NY's investigation of Trump 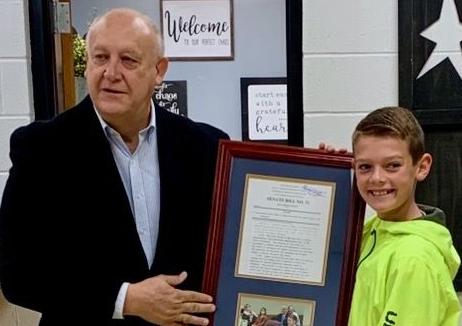 Colton Gabel and Layton Massey receive plaques from State Rep. Dale Wright for spearheading the passing of a bill making the Gateway Arch in St. Louis the official state monument for Missouri. 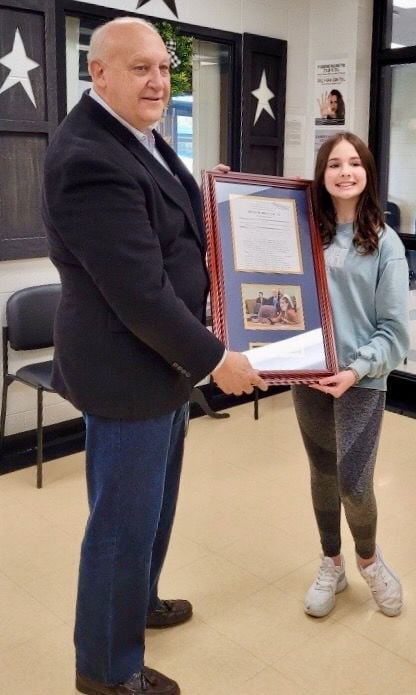 See caption with other photo