The community forums and grapevines are filled with eyewitness reports of people experiencing mental-health breaks in the Parkland. A man reportedly about to jump off the Desloge bridge on US 67. A student feeling anxiety at school, self-medicating with pot gummies they grab from their parents’ stash. A homeless man strung out on drugs, flailing and yelling amid traffic on Farmington’s diamond interchange on Highway 221. These are just a fraction of the thousands of mental-health related incidents heard on police scanners, seen on social media and discussed at meetings throughout the year.

Missouri is currently 16th in the nation for its suicide rate. September is Suicide Prevention Awareness Month, and two events are being held in the Parkland in coming weeks to increase the public’s awareness of mental health.

Chris Massey, the president of the mental health board, said safeTALK is a half-day, face-to-face training program that is geared to anyone of any background over the age of 15, and it includes presentations, audiovisuals, and skills practice to help participants recognize and address signs of suicide. The day will also include an afternoon "mental health cafe" and debriefing in which smaller groups can discuss common challenges and try to find solutions.

"We did this last year and there was some great collaboration on not only the barriers that people face accessing mental health services, but also some creative solutions and connections between agencies," Massey said.

Massey said he’s not yet taken SafeTALK training, but Whitney Shumway, a current board member and chair of the Missouri Chapter of American Foundation for Suicide Prevention (MOAFSP), has completed it and will be furthering her training soon to be able to train others.

“Whitney is very passionate about mental health awareness and suicide prevention,” he said.

Other matters concerning mental health will be discussed at the Sept. 23 Town Hall.

“This year, we’re planning to discuss creating a mental health coalition and recruit board member candidates, committee members, and a volunteer pool for events to provide more education and awareness in our community,” he said. “We also want to continue breaking down silos between providers and encourage collaborative efforts to serve our community more effectively.”

“There are more and more people in our community that need help with mental health, but it seems there just aren’t enough providers to meet the need,” he said. “For example, it does not help that resources are leaving the area like the Senior Support Unit at Parkland Health Center, since it closed at the end of August. Waitlists for counseling/therapy are too long, and it’s imperative that people are started in services quickly so they can be successful in their journey to recovery.”

Massey said in rural areas, it’s difficult to even know where to look to find resources supporting mental health.

Jamie Pyeatt of Bonne Terre agrees. She is working on raising money for a memorial entry at the Out of the Darkness Walk to Prevent Suicide, 9:30 a.m. Oct. 8 at Engler Park in Farmington, being put on by Mineral Area Suicide Prevention Efforts and MOAFSP. The memorial entry is in honor of her son, Cody Philip Smith, who she said died of suicide Dec. 27, 2020, at the age of 25.

Pyeatt and a number of Cody’s friends were painting the windows of a vacant building in downtown Bonne Terre on Wednesday evening, brushing on blue and purple hotline numbers for suicide prevention — 988 — encouraging people to seek help, calling attention to suicide awareness.

“Offroad Nutrition has even made a drink for us, and anyone who buys it, part of the proceeds will go to the walk,” Pyeatt said Wednesday. “They’ve been fantastic.”

She said her son exhibited no signs of depression, although he would get upset from time to time. The night of his suicide he’d had a falling-out, she said, and he called her for solace.

“He said, ‘I love you Mom,’ and I said, ‘Don’t talk like that, do I need to come down there and get you?’ and he said ‘No,’” Pyeatt said. “Something told me I should have went down there, but I didn’t. We got the call later, and it was too late.”

“Believe it or not, if I just went down there and I took him back to the house with us, he would be fine,” Pyeatt said. “His dad wasn’t just his dad, he was his friend. They did everything together.”

Pyeatt said she’s learned a bit about suicide prevention over the years, and wishes more people knew where to get help.

Massey agreed, and indicated that, for many, it’s also a challenge to overcome what might be seen as a stigma against seeking mental health, for fear it’s a sign of vulnerability or weakness.

“It takes a lot of courage and strength to ask for help, and we have to engage them when they take that first step because that is when they feel the most vulnerable and accepting of help,” he said. “As a community, we need to wrap our arms – in the form of services — around people and show them that we care and that it is not a weakness to ask for help.

“No one should suffer alone.”

Aiden Moriarty was crowned Farmington Homecoming Queen Friday night during halftime at the home game against the Cape Central Tigers.

During this month's West County Board of Education meeting, the board updated a policy on the limited use of corporal punishment and approved …

Board approves adoption of Career Ladder

The Bismarck Board of Education met in September to discuss items relating to the schools, as well as talk about old business from the previou…

Student-athletes at Farmington Middle School performed at an amazing level this school year, with an impressive list of records tied or broken…

UniTec Career Center's Student of the Month for August 2022 is Joseph Barlow, a North County senior who is pursuing a career in electrical trades.

Central readies for Homecoming against Ste. Gen. on Friday

This week at Central High School, students have been preparing for their homecoming parade and football game with Spirit Week activities and p… 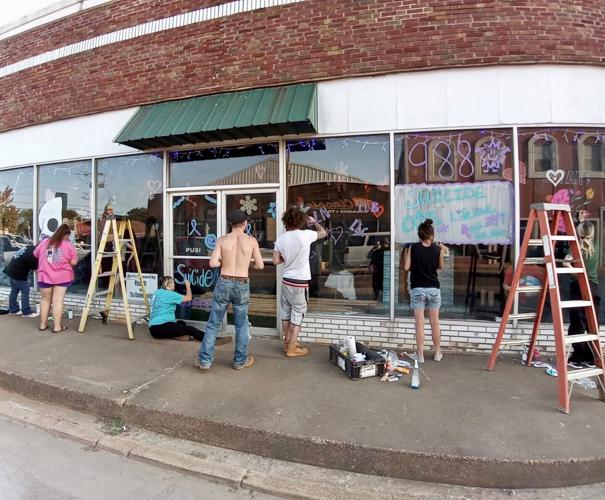 Jamie and Dennis Pyeatt, parents of the late Cody Philip Smith, are joined by friends as they paint Suicide Prevention Awareness Month information and insignia on the windows of a building in downtown Bonne Terre Wednesday evening. 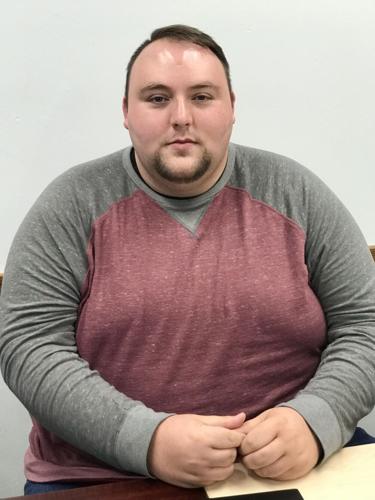