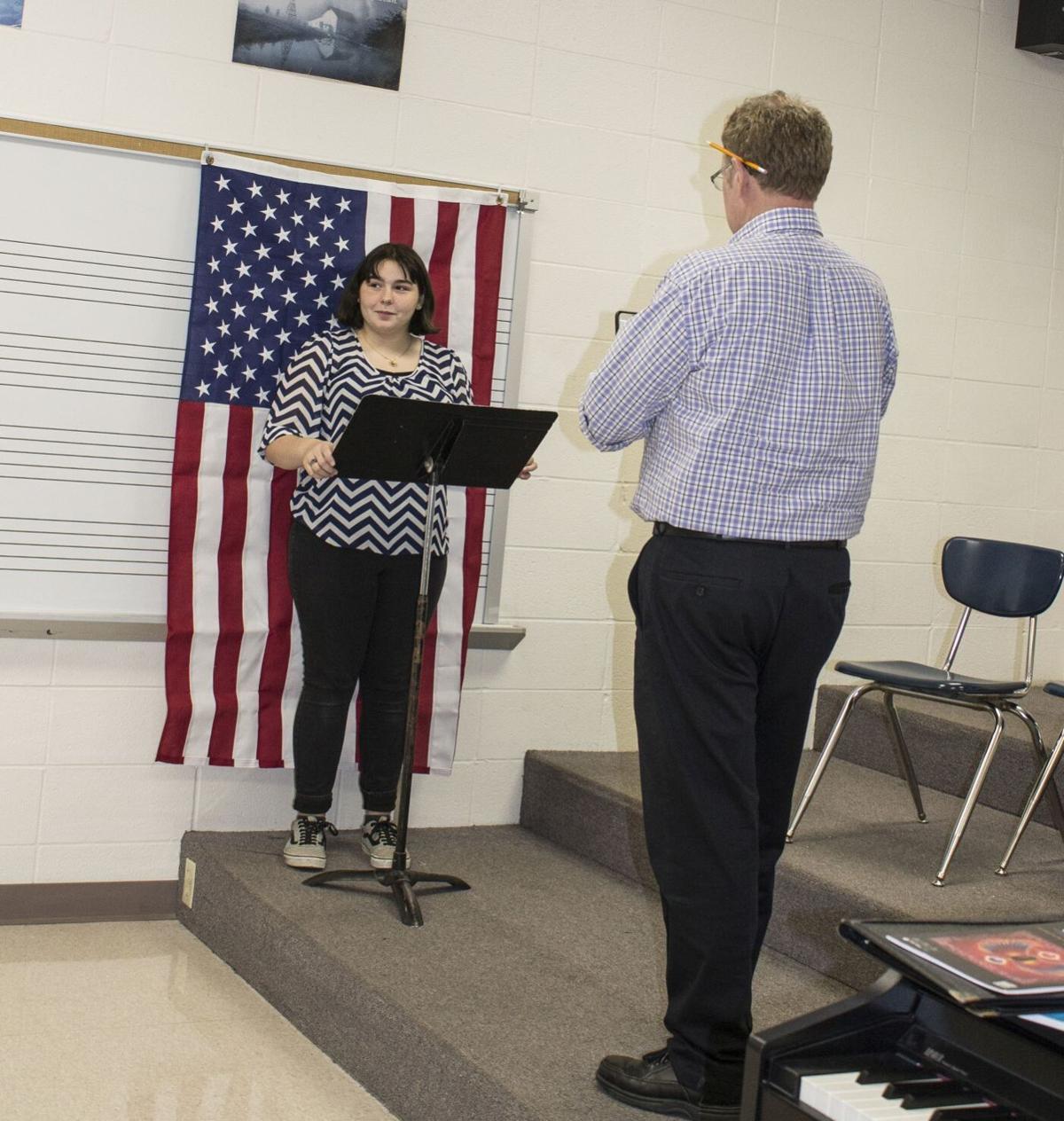 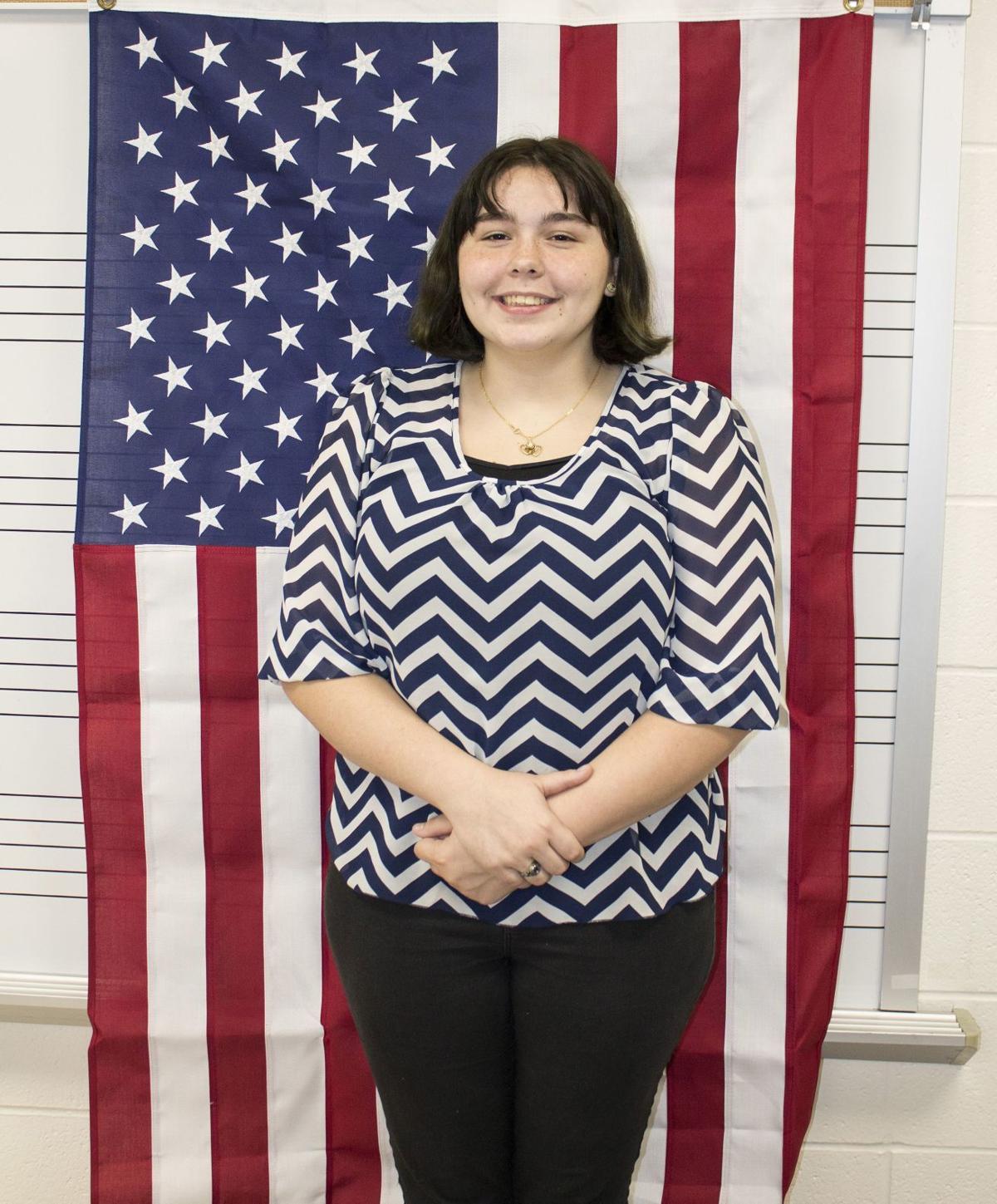 This year’s remembrance ceremonies to observe the anniversary of the Sept. 11, 2001, terrorist attacks will likely look much different than previous years. Due to COVID-19 and social distancing, most schools will forego traditional school-wide assemblies. Instead, many districts are opting for individual class or virtual-only ceremonies.

West County students will remember the victims of the tragedy which struck the U.S. 19 years ago. Many of the district’s teachers plan to share lessons and stories with their students about that fateful day.

Although West County 6-12 Choir Director Ryan Hassell wasn’t able to lead his students as a combined middle and high school choir together in the high school’s gymnasium, he recorded videos of the two choirs separately.

Hassell said having a ceremony to remember the victims of Sept. 11, 2001, has always been important to him. He first began teaching in 2001. When he learned from then-WCHS Counselor Jennifer Seabourne what had happened on that horrendous day, everyone rushed to the library just in time to witness the second plane hit the other tower on live TV.

“It was a surreal experience,” said Hassell.

As the day progressed, several parents picked up their children from school.

“I remember how some of my middle school students were worried that our school might get attacked as well,” said Hassell, “but I tried to assure them that we would be OK.”

Hassell said the district had its first Sept. 11 ceremony the following year.

“In the nearly 20 years since then, we have not missed one year having a ceremony,” he said. “I came up with the idea of a virtual assembly this year since we are not able to meet together as a school due to COVID-19.”

He said, “To those of us who are adults, the events of Sept. 11, 2001, seem like yesterday. But now that we are nearly 20 years from that date, we must remember that none of the students in school now were even born when it happened.”

Hassell said he feels it is “more important now than ever to ‘never forget’ as we promised almost 20 years ago.”

Hassell uploaded the videos to his YouTube channel and shared the link with the staff so they were able to play the pieces during the schools’ Bulldog Time, the last 20 minutes of the school day.

The virtual ceremony included an additional artistic piece to close the remembrance service. Students and staff were able to listen to a powerful poem written and recorded by WCHS senior Megan Perkins.

Months later, Daily Journal Editor Teresa Ressel received an email from Arlene Collier-Mankin, secretary of the VFW Auxiliary Post 8801 in Smyrna, Delaware. She inquired about Perkins’ poem and asked if Ressel could contact the poet to ask for permission to use it in a Sept. 11 ceremony for this year.

Contact was soon made with Perkins who was honored and happily obliged Collier-Mankin.

Upon further explanation, Perkins learned Collier-Mankin had been searching for items to use in her VFW Auxiliary’s 9/11 ceremony when she found the poem. She said Perkins’ poem was powerful and left a deep impression on her.

Collier-Mankin also explained how she wanted to make sure Perkins’ poem was “honored properly for our auxiliary post and for anyone who hears her poem, to know that this young lady was not even born when this travesty occurred but she wrought such emotion from an event that she never witnessed and brought honor to those who perished.”

After meeting Perkins via a telephone call, Collier-Mankin explained to Perkins that her poem would be read during their VFW Auxiliary meeting, Sept. 11 ceremony and again with the local fire department.

Perkins said she was “truly honored” to have her poem shared again this year in a Sept. 11 remembrance ceremony.

“Learning that my words have touched others who are so far away has been one of the most inspiring experiences of my life,” she said. “It motivates me to keep working hard and writing in hopes of sharing more works that inspire others.”

She said, “I’ve never felt so honored before as I do now.”

Daily Journal readers can click above to listen to WCHS senior Megan Perkins read her poem titled “We Healed.”

We healed by Megan Perkins

Every battle has a story.

Each life lost has a chapter,

But no one person’s life is worth glory.

There is no real victory in war.

Not with the price being so high,

Not with death taking more and more.

But still we enter fights

Because we are American,

And we deserve certain unalienable rights.

On September eleventh, two-thousand and one,

A heinous attack was made.

It caused damage that can never be undone,

And created pain that will never fully fade.

An act of terrorism had been committed,

In our very own home.

It shook our nation.

And along with it our hearts.

What kind of person would put others through this kind of Hell?

And later, after the travesty,

After all the death and destruction,

We fought through the ash and dust to see.

What we saw were our own heroes,

The brave men and women who risked everything,

Just to save a fellow American.

With a heavy heart and bloodied hand,

We sifted through the chaos.

And together we made a stand.

We didn’t fall with our towers!

Instead, we rose above the pain.

We used all of our resources,

All of our powers.

And although this day left a scar,

We are still strong and united.

No other nation can leave us blighted!