See where and how fast virus cases are rising in our state and nation, in 8 maps and charts 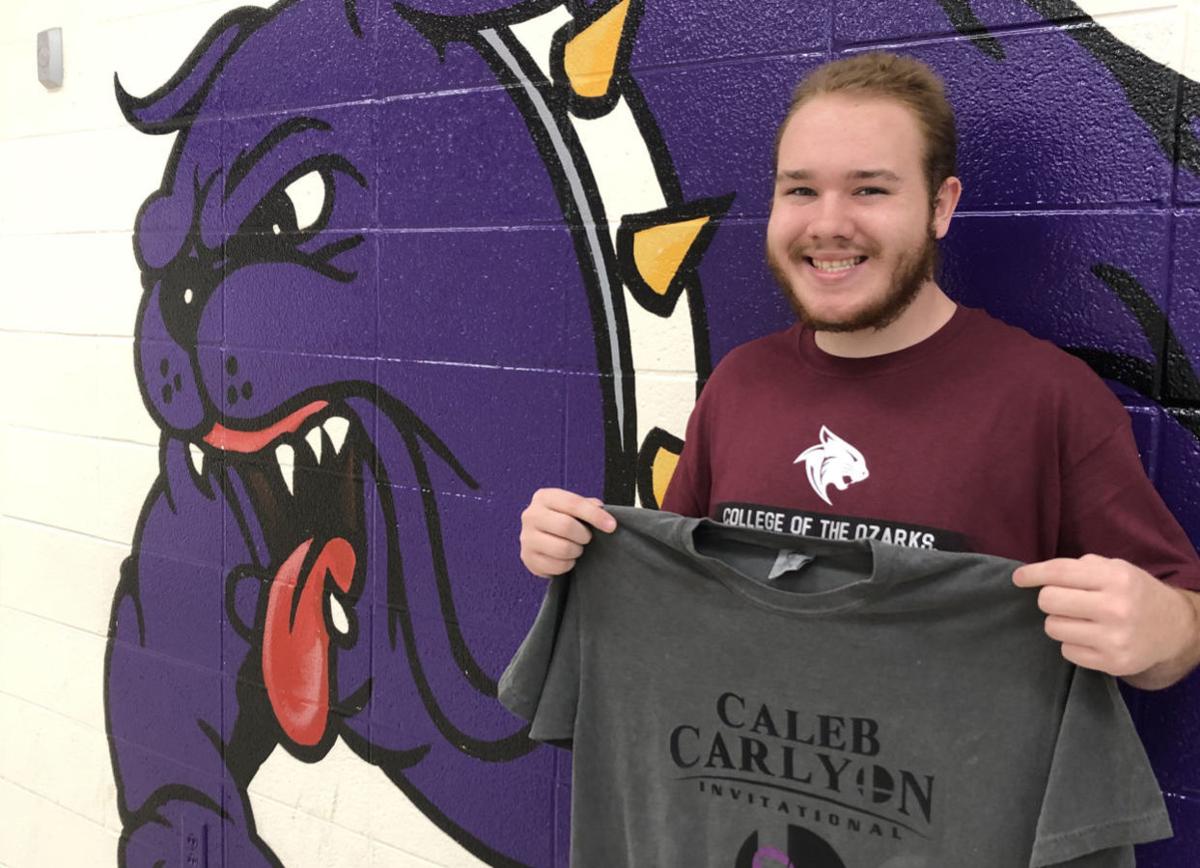 West County graduate Caleb Carlyon never thought he would have to deal with cancer, but he decided to turn that negative into a positive. 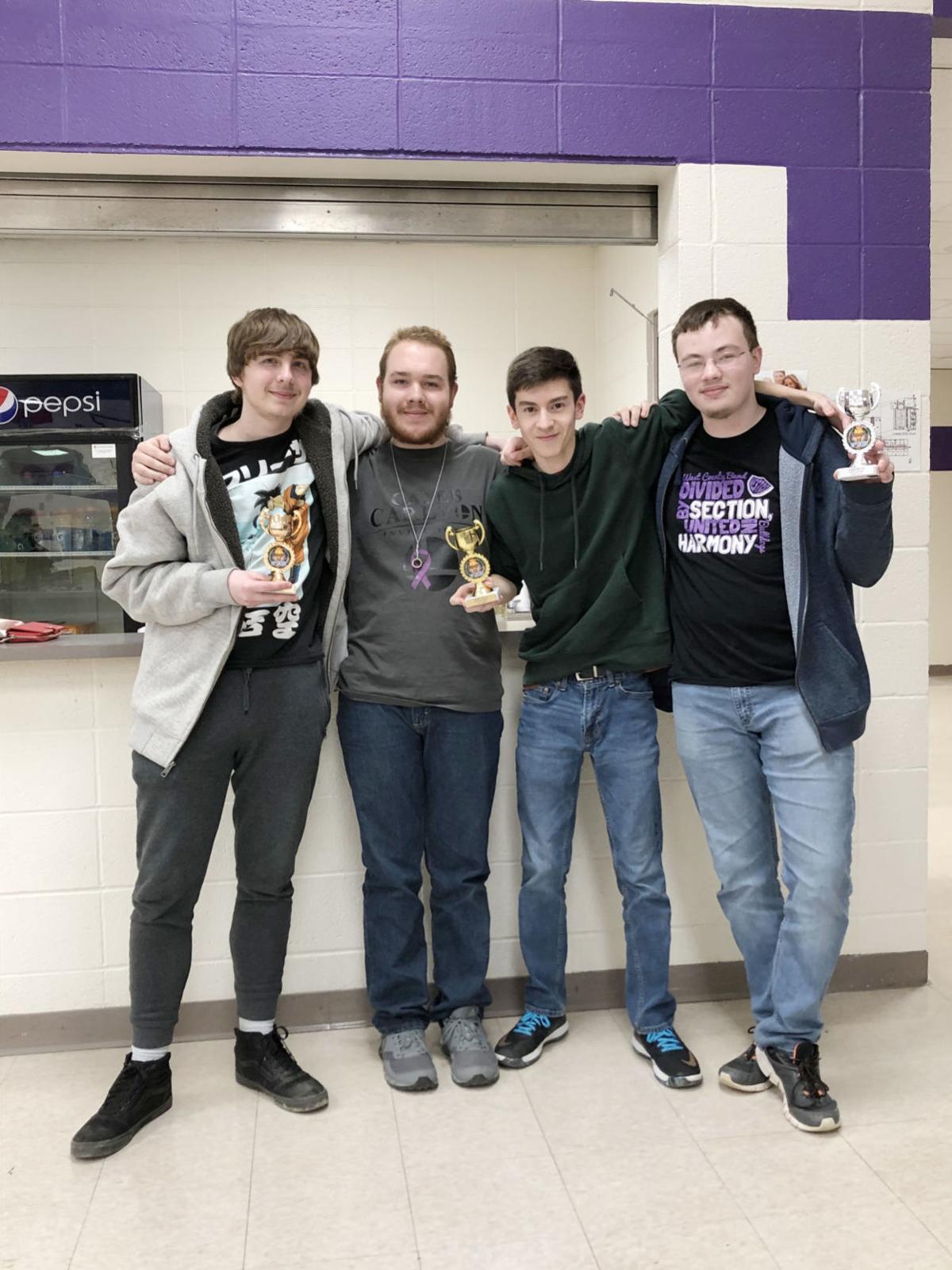 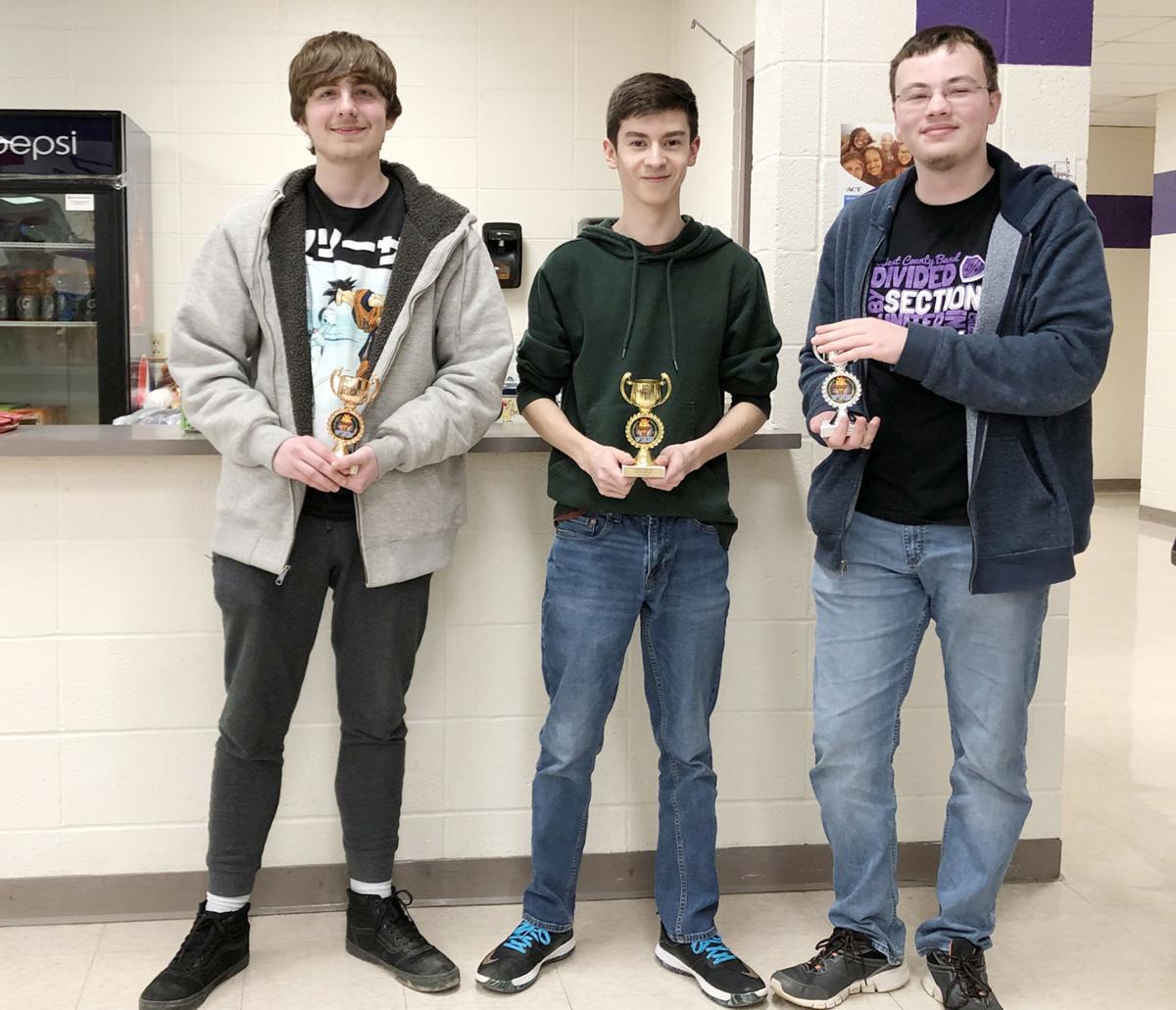 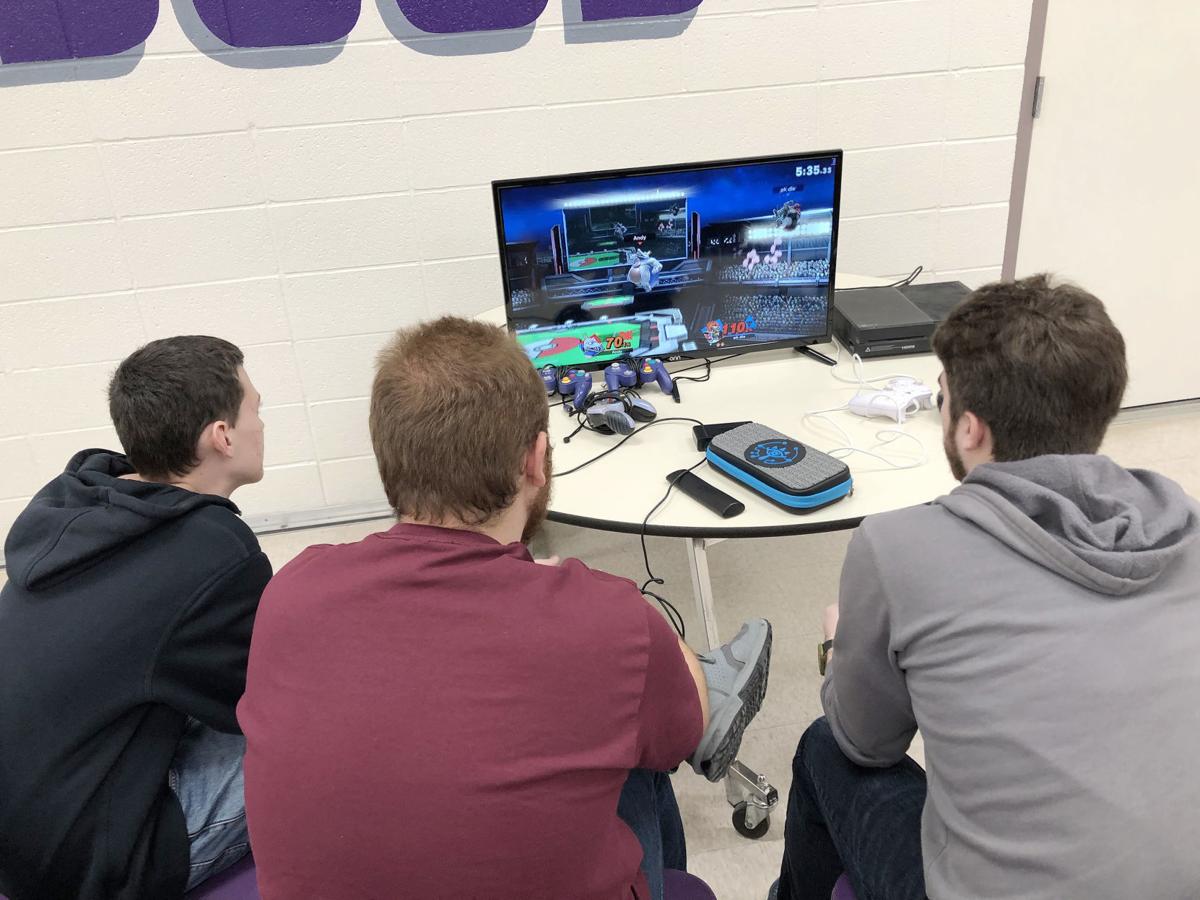 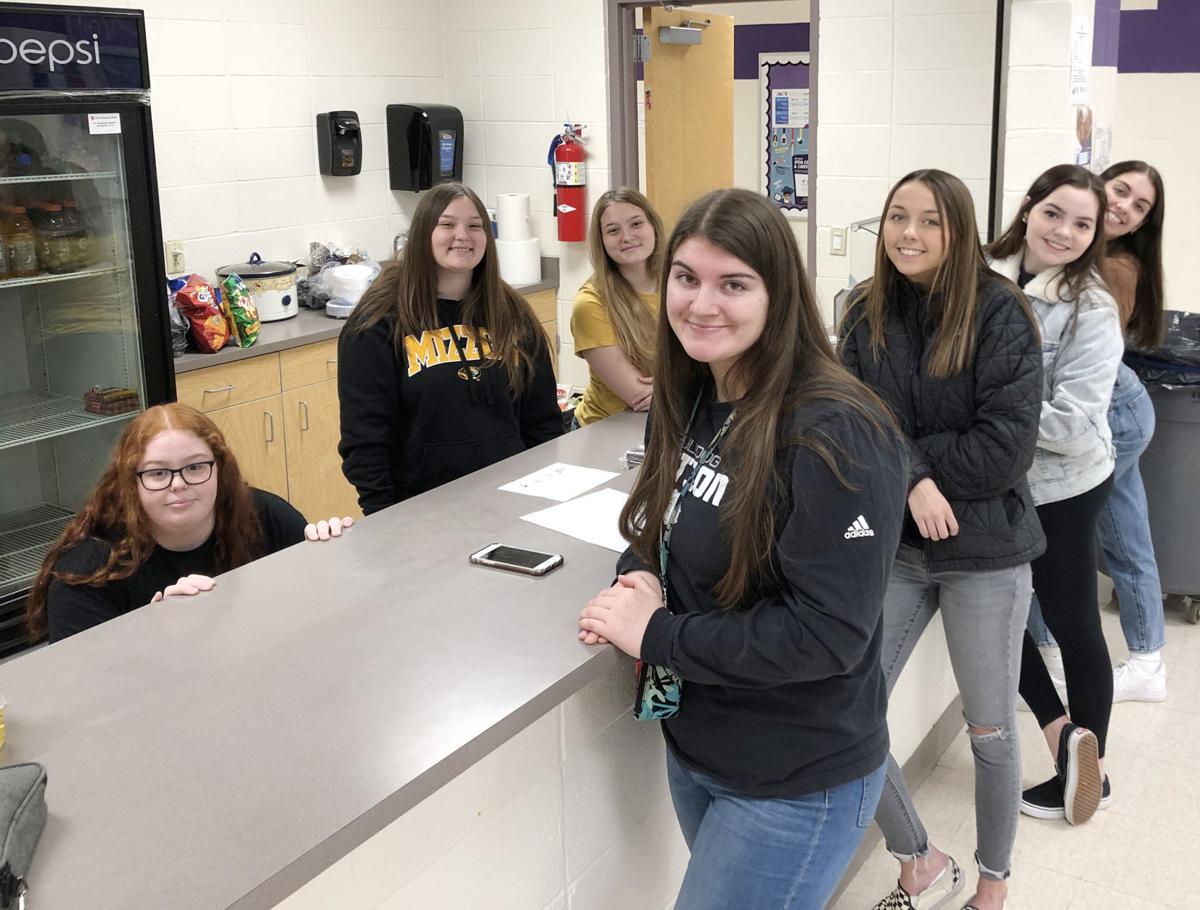 The "snacks crew" from the tournament organized by Caleb Carlyon.

Every hour a male is diagnosed with testicular cancer.

West County High School Class of 2020 graduate Caleb Carlyon never thought he would become one of them. Carlyon received his diagnosis and surgery in early October.

Carlyon decided to turn his negative situation into a positive one.

An idea turns into a passion

About a year earlier, during his junior year, Carlyon started joking with teachers Tina Richards, Crystal Cavelli and Tara Lewis about having a video game tournament as a fundraiser for National Honor Society. Cavelli was sponsor of NHS at the time.

At the beginning of his senior year, he brought up the idea again with a more detailed plan. At this point, Lewis and Richards were co-sponsors of NHS.

The teachers loved the idea. Carlyon, who by then was diagnosed with cancer, felt strongly about where the money raised should be donated: testicular cancer research.

The tournament was planned around Super Smash Brothers Ultimate, a video game for Nintendo Switch that's played in major tournaments around the world.

“My friends and I played it almost every day,” said Carlyon, “and I have some of my best memories from it.”

So a fundraiser set as a tournament based on one of Carlyon’s favorite video games was the perfect plan.

“I’m not too athletic so a video game tournament was the way to go,” he said.

And that is how the Caleb Carlyon Invitational was born – before his cancer diagnosis.

Carlyon spent hours planning the event and posting about it on social media. One of his good friends, Ryan Stokes, helped make flyers to hang around school to promote the event. School secretary Susan Masters put the event in the announcements and emailed the details to students. Friends helped spread the word.

The tournament was held in February and lasted about five hours. Eighteen of Carlyon’s closest friends competed in the winners’ and losers’ bracket, which was set up similarly to a basketball tournament bracket. Players took breaks to rest, regain focus, refuel with snacks and chat with each other. Reid Payne took first place, followed by Andrew Reed with second and Garrett Halter with third. Carlyon placed fourth.

He said it was great having his close friends who love the game as much as he does play in the tournament. He is grateful for all the people who gave their time and effort for something he wanted to accomplish.

“That alone is something I can’t even express how thankful I am to each and every one of these people,” he said. “Whether that was participating in the tourney, donating money or helping work the tourney, I am so thankful for those individuals.”

Richards said students often suggest fundraisers, but this is one example where Carlyon did it himself. From the beginning, he organized the entire event and held weekly meetings with a group of students who wanted to help.

“Caleb always had suggestions,” said Richards, “and sometimes I would have to reel him in a little on how to make the fundraiser as successful as it could be to raise the most money for testicular research.”

Richards said from beginning to end, Carlyon “saw his vision of this tournament and he made it a reality. He did such a good job that we plan on continuing the tournament as a yearly fundraiser for NHS.”

She said, “When Caleb first approached me with the idea, I immediately said yes, not because I understood what he wanted to do but because I could tell this was very important to Caleb.”

Lewis is co-sponsor of NHS. She said she didn’t make the fundraiser an easy task for Carlyon.

“I encourage ideas but I also encourage students to be in charge of and accountable for things they want in life,” she said. “Ideas are great, but what are you going to do in order to make the dream a goal and a reality?”

Lewis said Carlyon had to fill out a long form, complete research and explain every detail of his vision. Once the idea was accepted, he completed another form and discussed the possible outcomes and business portion of the event with Principal Levi Rawson. Carlyon’s idea then had to be approved by the school board.

“This is a very intimidating process for a teenager,” said Lewis, “in a world where we rarely look up from our devices.”

She said Carlyon excelled. From there, Richards and Lewis only supervised or made suggestions. Carlyon put together committees and learned how to effectively communicate with groups of people to plan a detailed event.

“What impressed me the most about Caleb during this entire process was that at the end of it all, he took it upon himself to evaluate the day, outcomes and himself,” said Lewis. “He gave honest and constructive criticism of ‘if I did this again, I would…’ That is growth mindset and a very mature one.”

She said manners seem to be fading in today’s world, but “you always know when Caleb is around. He treats every person with an old-fashioned respect and courtesy. He is always honest, even if it means he fell short of a goal.”

Lewis explained that service to one’s community has always been the local organization’s most important priority, but Carlyon took this to the next level with his tournament.

Lewis said Carlyon has become a stronger leader over the past year. He served as NHS secretary for the 2019-20 school year and learned a great deal about communicating with groups, agendas, and keeping track of and sharing information.

After the tournament, Richards said Carlyon made sure it would continue. He typed the information needed to run the tournament in coming years and added it to the NHS file because this event was “close to his heart.”

Lewis added, “In the middle of the tournament, NHS members and juniors Megan Perkins and Braden Skaggs individually made heartfelt pleas to make Caleb’s event an annual one. They saw the importance of what Caleb was doing, the comradery among students and community."

The next tournament is planned for February 2021 with Perkins and Skaggs co-chairing the event.

Carlyon said he faced his cancer diagnosis head-on after praying about what he should do. Once he was diagnosed, he knew there was no going back.

“I had my surgery and I am ever so grateful to God that I came out healthy,” Carlyon said. “Your life can be taken from you within a heartbeat and what will you have done with the one life you were given here on Earth?” said Carlyon. “God gave me the second chance to do something with it. Living life is what I have learned from this.”

Carlyon said being diagnosed with cancer was not something he thought he would have to go through, but knowing this tournament he planned helped spread awareness for testicular cancer made up for that.

“This event helped me grow closer to my friends and teachers as so much support and care were poured out to this,” he said. “Many people gave their time and effort for something I wanted and that alone is something I can’t even express how thankful I am to each and every one of those people,” he said. “Whether that was participating in the tourney, donating money or helping work the tourney, I am so thankful for those individuals.”

Carlyon will attend College of the Ozarks to major in agribusiness. After college, he plans to pursue an ag career while running his family farm.

“What I do from there is what God wants me to do.”

The St. Francois County Health Center Board of Trustees unanimously passed amendments to the mask mandate during Monday’s special meeting at t…

The city of Bonne Terre has lost a longtime employee and friend. Bonne Terre Buildings Inspector Dwayne Hackworth, who started working with th…

A Farmington man was moderately injured in an accident on Route EE on Tuesday evening after falling asleep at the wheel, according to a Missou…

COVID-19 deaths up to nine in SFC

The St. Francois County Health Center confirmed the ninth COVID-related death for the county on Friday and said there are another five suspect…

A new heart for Liberty

Liberty Ann Bates, who just turned 3 months a few days ago, is fighting for her life and searching for a new heart.

West County graduate Caleb Carlyon never thought he would have to deal with cancer, but he decided to turn that negative into a positive.

The "snacks crew" from the tournament organized by Caleb Carlyon.