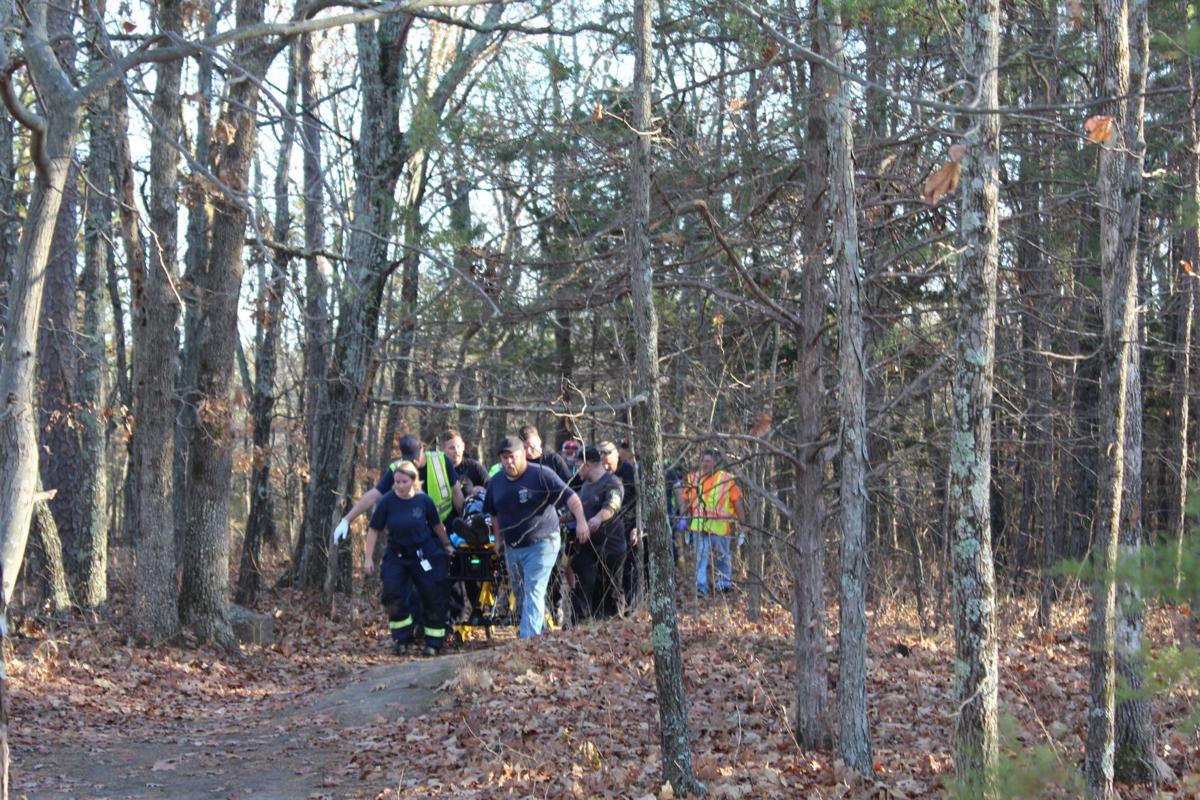 Several first responders are needed to rescue an injured person on the afternoon of Dec. 1 at Pickle Springs. 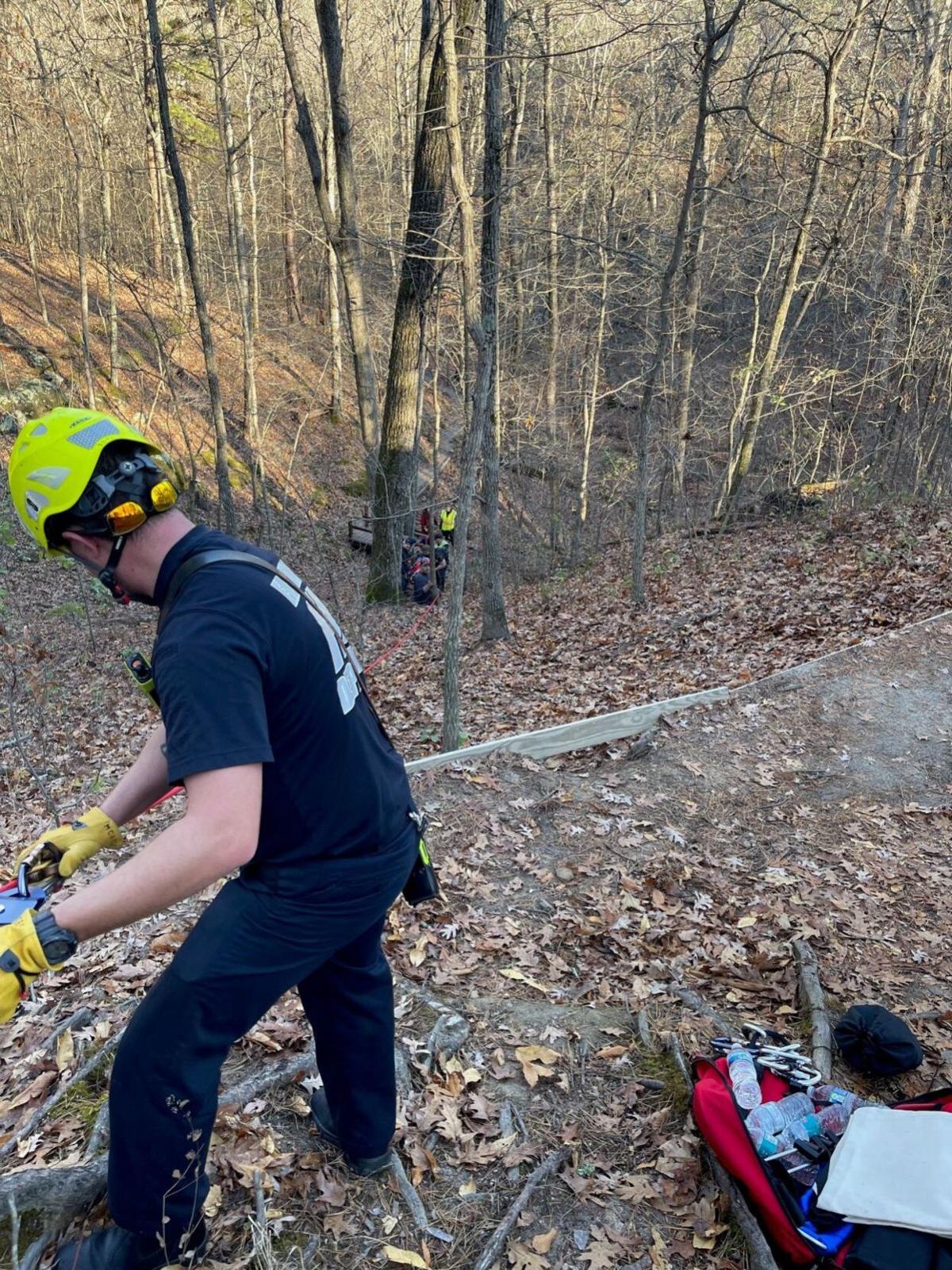 During a rescue at Pickle Springs on the afternoon of Dec. 1, firefighters had to move the injured individual with rock climbing equipment at times.

Wolf Creek Assistant Fire Chief Steve Young said that as soon as they got the call for a fall with possible paralysis, he requested the Farmington Fire Department with their rope rescue crew as there are trails with hairpin turns and too many rocks to carry a stretcher over.

“We always request extra manpower because that park is ... difficult to maneuver patients,” he said. “We have a mule-cart to put them on. Getting them out, there’s certain bends in the trail that is so hard to take them through.

"We end up hooking up rigging; we have some basic rigging but it’s not enough for us to do it on our own. Farmington brings their stuff out and we’re able to mix it and use it, we have to pull directly up a hill off the trail to the next level. Especially with this one, with the man possibly having a broken neck. We had seven guys on that at one time trying to get him out.”

Young said that it took almost two hours from when they got to the injured man to when they loaded him on the Air Evac to be flown to St. Louis.

“It’s usually a minimum of one hour for us to get them out depending on where they’re at on the trail,” he said.

Young estimates that they respond to anywhere from 20 to 30 calls a year at Pickle Springs with its unique issues.

“There’s a lot of people come down from the city and different states, it’s a very popular spot,” he said. “When we have rain and the temperature changes, the rocks are slick and there’s moss on them.”

Two area residents pleaded guilty last month after reportedly borrowing a vehicle and selling it without permission, then reporting it stolen …

Fake COVID-19 Testing Sites Are Popping Up Amid Omicron Surge

Several first responders are needed to rescue an injured person on the afternoon of Dec. 1 at Pickle Springs.

During a rescue at Pickle Springs on the afternoon of Dec. 1, firefighters had to move the injured individual with rock climbing equipment at times.