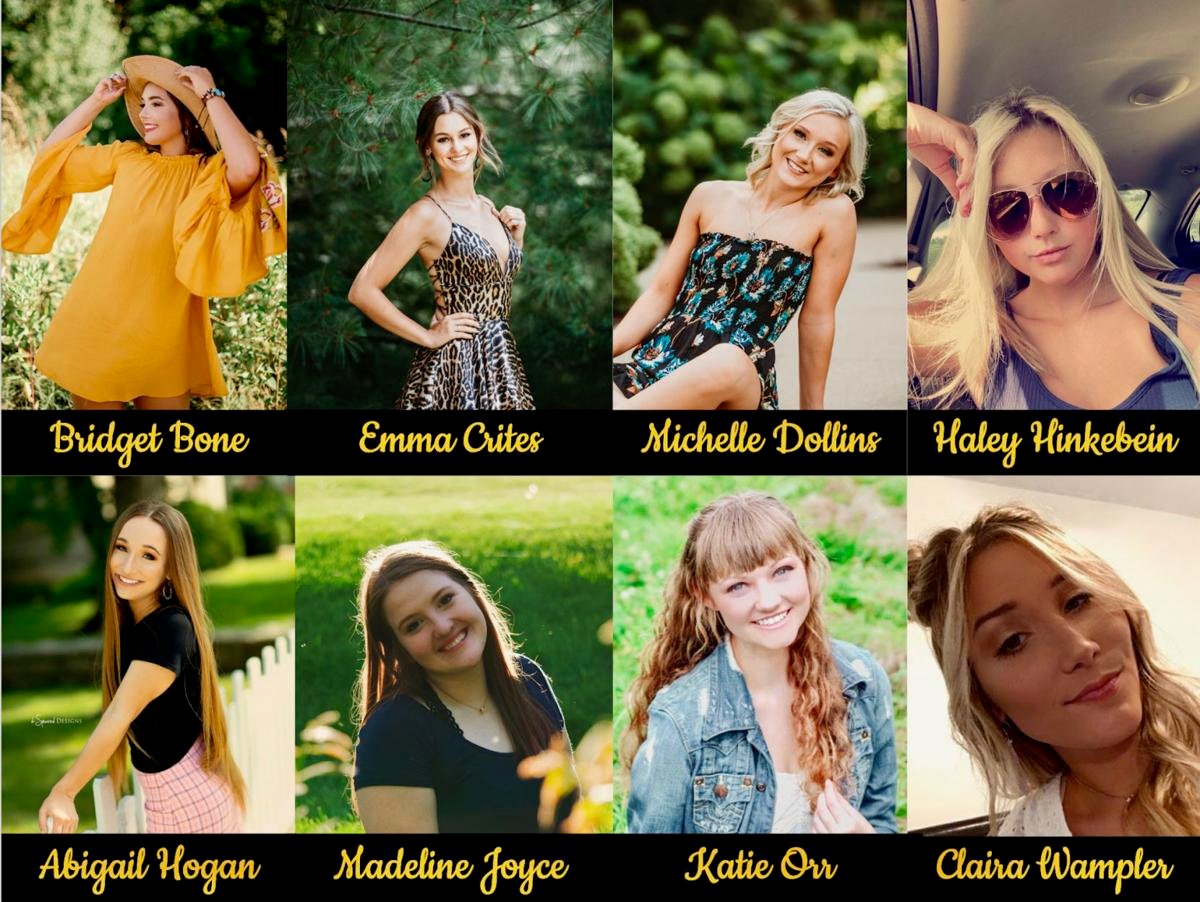 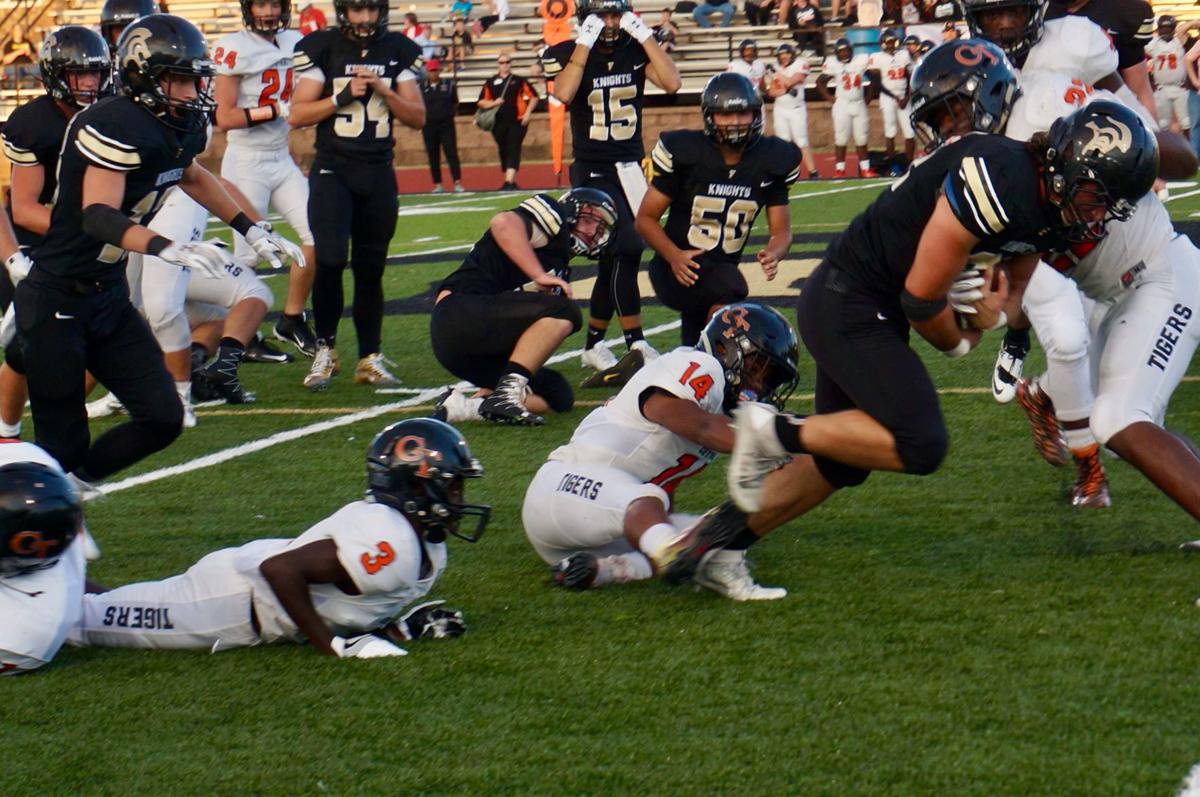 It's the Farmington Knights (4-0) vs. the Cape Central Tigers (1-2) at Friday night's homecoming game starting at 7 p.m. in Haile Memorial Stadium. The homecoming queen coronation will take place during halftime.

Farmington High School's 2020 "Nick at Nite"-themed homecoming game starts at 7 p.m. Friday when the Knights (4-0) go up against the Cape Central Tigers (1-2) in gridiron action at Haile Memorial Stadium.

Due to the coronavirus pandemic, homecoming is going to be quite a bit different this year. But fear not — the homecoming parade began at 1:30 p.m. Friday and the queen coronation will take place during halftime as usual and will, without a doubt, be the crowning achievement for this most unusual school year.

In preparation for the big event, the school has announced the names of the eight queen candidates and their escorts. The candidates were nominated by students within their respective club or organization, and then those clubs or organizations voted on the person they most wanted to see represent them in the homecoming court.

It is tradition to only have eight candidates for homecoming queen. They represent Student Council, FFA, Band, Fall Sports, Cheerleading, ROTC, Knightline and Theatre Guild. Once a candidate has been named by each of these groups, the entire student body votes on which one will be crowned queen.

These are the candidates:

Bridget Bone, representing Fall Sports, is the daughter of Cassie and Robert Bone. Her escort is Ethan Miller, the son of Carl and Heather Miller. Bridget is involved in Student Council, HOSA, National Honor Society and Science Club, as well as a member of the swim and volleyball teams. She was named to first team All-District and first team All-Conference. Following graduation, she plans to attend a four-year university where she intends to pursue a career in physical therapy.

Madeline Joyce, representing Student Council, is the daughter of Jim and Holly Joyce. Her escort is Max McKinney, the son of Tod and Christa McKinney. Madeline is Student Council president, an officer with the Fellowship of Christian Athletes; Standing on Scripture officer; and Knightline captain, as well as a member of National Honor Society, Key Club, Girls Only Science Club, HOSA, Acapella and Choraliers Choir. Following graduation, she plans to attend a four-year university where she intends to major in nursing or biology. Madeline plans to pursue a career as a pediatric nurse practitioner.

Emma Crites, representing Knightline, is the daughter of Jeff and Crissy Crites. Her escort is Brant Gray, the son of Kevin and Tori Gray. Madeline is a member of Student Council, Key Club and Girls Only Science Club. She takes part in events held at the Ballet Arts Center and Young People’s Performing Arts Center. Following graduation, she plans to attend Mineral Area College where she intends to finish her associate degree and then transfer to Southeast Missouri State to pursue a career as a pediatric nurse practitioner.

Katie Orr, representing Theatre Guild, is the daughter of Steve and Mendy Orr. Her escort is Van Kleppe, the son of Cory and Juli Kleppe. Katie participates in Acapella and Choraliers Choir; theatre; HOSA; National Honor Society; and the Ballet Arts Center. She was selected as an All-State Choir member her junior year. Following graduation, Katie plans to attend a four-year university where she intends to double major in business and musical theatre.

Haley Hinkebein, representing Farmington FFA, is the daughter of Keisha Waters and Jeremy Hinkebein. Her escort is Trey Will, the son of Lori and Jerry Will. Haley serves as FFA president. Following graduation, she plans to attend college with the intention of becoming a veterinarian.

Abby Hogan, representing Marching Band, is the daughter of Heath and Amanda Stites. Her escort is Jonah Hagerty, the son of Josh and Janna Hagerty. Abby is the Student Body Public Relations Officer for Student Council and serves on the Black Knight Marching Band Leadership Team. She is a member of Future Business Leaders of America and the National Honor Society. Abby participates in Educational Talent Search; yearbook; the A+ Program; theatre; Loud n’ Proud Pep Band; District and State Solo and Ensemble for band and choir; Jazz Band, Concert Band; Symphonic Band; Chamber Music; Acapella, Choraliers; Knightingales; and wrestling. Following graduation, she plans to attend the University of Missouri where she intends to pursue a degree in music education.

Claira Wampler, representing Air Force JROTC, is the daughter of Jarred and Megan Wampler. Her escort is Ryan Barnes, son of Lori and the late Jim Barnes. Claira is involved in AFJROTC, varsity cheerleading, varsity wrestling, A+ Program and World Cafe. She has received a Daughters of the American Revolution Scholarship and the Scottish Rite award. Claira attended Missouri Girls State. She finished in fourth in the state for Missouri Girls wrestling; second place in Girls Wrestling districts; and fifth place in the Kansas City Stampede National Tournament. Claira currently serves as the JROTC Corp Commander. Following graduation, she plans to join the US Army National Guard. After completing basic training, she wants to attend Missouri Baptist University where she intends to wrestle and pursue a nursing degree to be a trauma unit nurse.

Michelle Dollins, representing Cheerleading, is the daughter of Amy Henson and Scottie Dollins. Her escort is Landon Bennett, the son of Josiah Bennett and Mandi Smith. She is a member of Acapella, Choraliers and the Meadow Heights youth group. Michelle is a Student Council representative and National Honor Society vice president. She has completed three years of the Biomedical Program and plans to graduate from Mineral Area College with her associate degree in the spring. Following graduation, Michelle plans to attend a university where she intends to earn a biology degree and study pre-med before entering medical school. Her ultimate goal is to become a neonatologist.

A Sullivan woman was seriously injured after her vehicle struck a horse on Highway 185 in Washington County about 5:30 a.m. Friday, according …

It's the Farmington Knights (4-0) vs. the Cape Central Tigers (1-2) at Friday night's homecoming game starting at 7 p.m. in Haile Memorial Stadium. The homecoming queen coronation will take place during halftime.