A batch of strong thunderstorms made its way through Madison County in the early morning hours Thursday, leaving many displaced due to high flood waters.

The flash flood affected the Holmes Subdivision, as well as homes and businesses along Saline Creek and a creek along South Mine La Motte.

The fire department reported many other residents who became stuck in their homes due to the water chose to stay put as the waters quickly began to recede.

The department responded to downed power lines and trees, numerous vehicles stranded in high water, and an investigation of smoke in a commercial building which was inundated with flood waters.

Fredericktown City Administrator James Settle said as of 2:30 p.m. Thursday most of the water had completely receded and in some areas you can not even tell there was flooding.

He said crews have been working nonstop to clear brush and repair roadways.

Settle said roads will need more repairs but are currently passable. The new bridge out City Lake Road did have some damage to the blacktop embankments. Road crews have already removed the damaged portion and temporarily filled the area in with gravel.

The soccer goals and fields at Rotary Park have been destroyed. Some of the goals can be seen twisted into piles, while others floated down the creek.

Optimist Club Little League Soccer, which had plans to begin in roughly three weeks, uses these fields and goals.

The Optimist Soccer League has announced, via Facebook, due to the flooding they would be unable to have a season.

Mayor Travis Parker made a post on Facebook earlier Thursday pleading with citizens to avoid the temptation to "go check it out."

"The city experienced a significant rainfall last night," Parker said. "I have been told that no one has been hurt thus far which is good. Unfortunately, there are many families this morning who were evacuated or received water damages to their homes. I know the temptation to 'go check it out' is real, but be sensitive to others as they have lost many of their belongings and their homes are damaged."

Parker had asked the citizens to avoid the flooded areas unless you live there or have a purpose to be there.

"Be a good neighbor, help if people let you, and pray for those affected," Parker said.

Only minor damage was reported in neighboring St. Francois County.

A one-vehicle accident claimed the life of a UTV driver Saturday in Washington County.

An area man faces several felony charges after allegedly attempting to rob a general store and assaulting multiple people, as well as a dog, i…

Five individuals were injured in a crash in St. Francois County Sunday afternoon.

A teen driver was injured in a one-vehicle accident outside Farmington Friday morning.

Due to an anticipated lack of quorum on Aug. 9 and deadlines looming on some items, the St. Francois County Commission held a public meeting o…

Gas prices fall below $4 per gallon

Gas prices fall below $4 per gallon 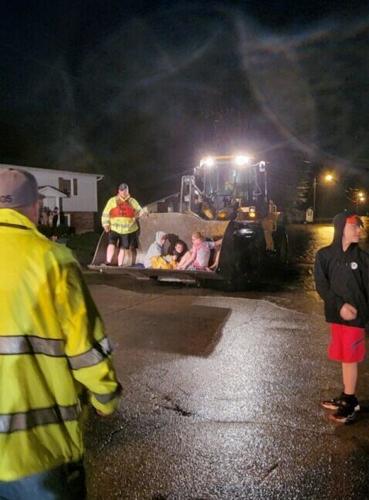 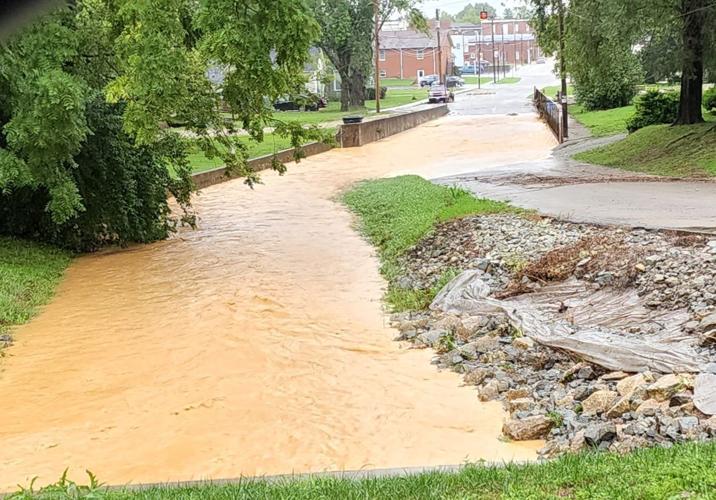 The creek on South Mine La Motte Avenue in Fredericktown rises up covering the road. 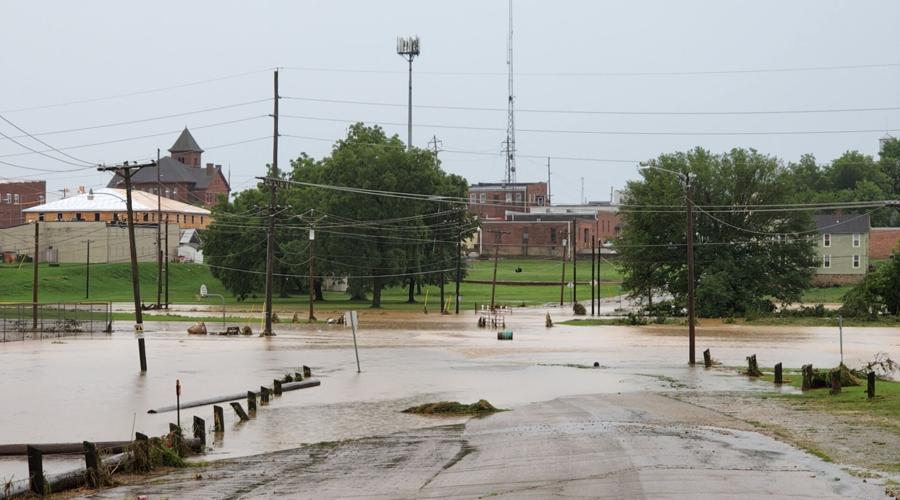 As the sun begins to rise Thursday morning, the water begins receding but Buford Street, near the Rotary Park fields remained covered.