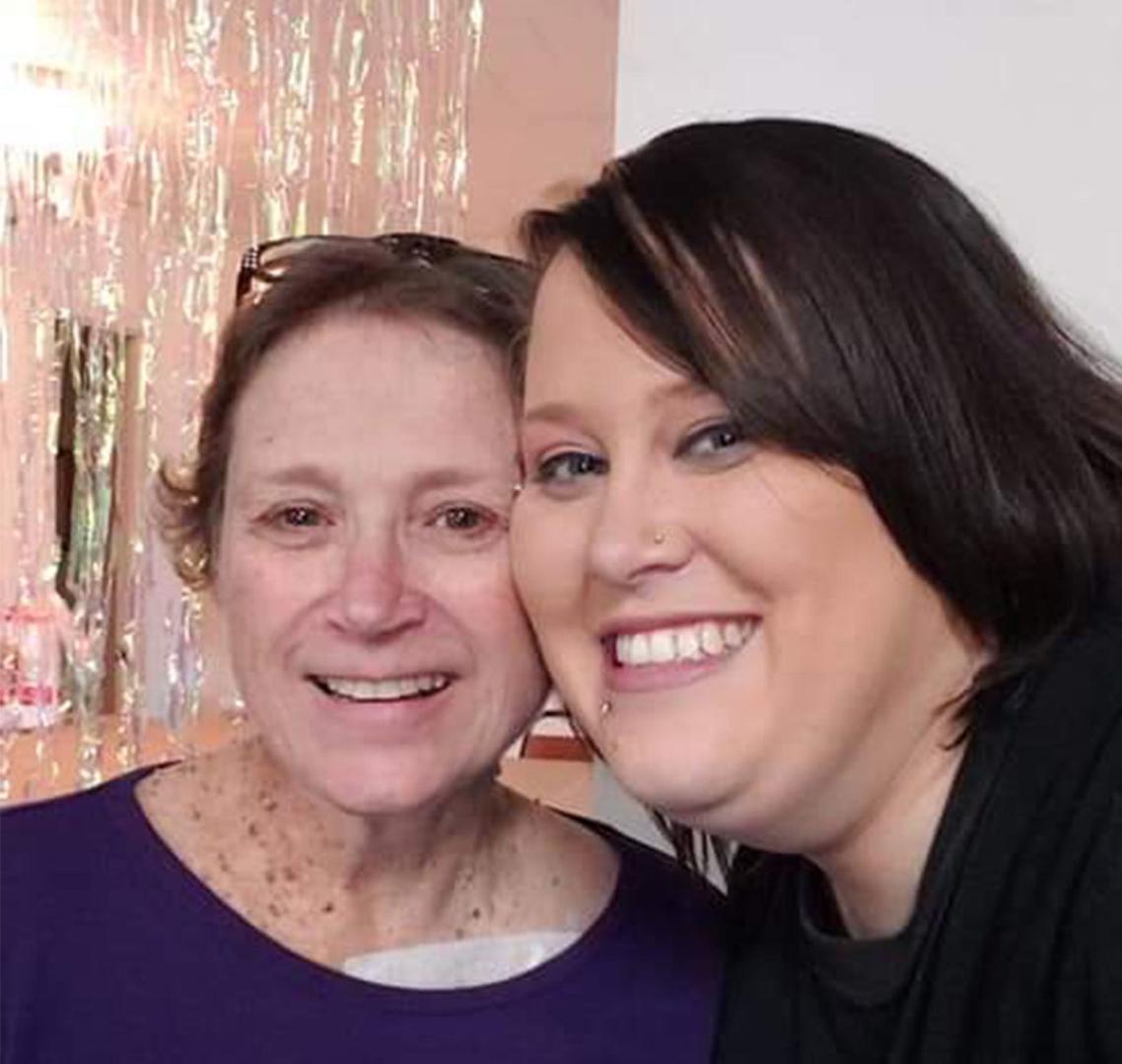 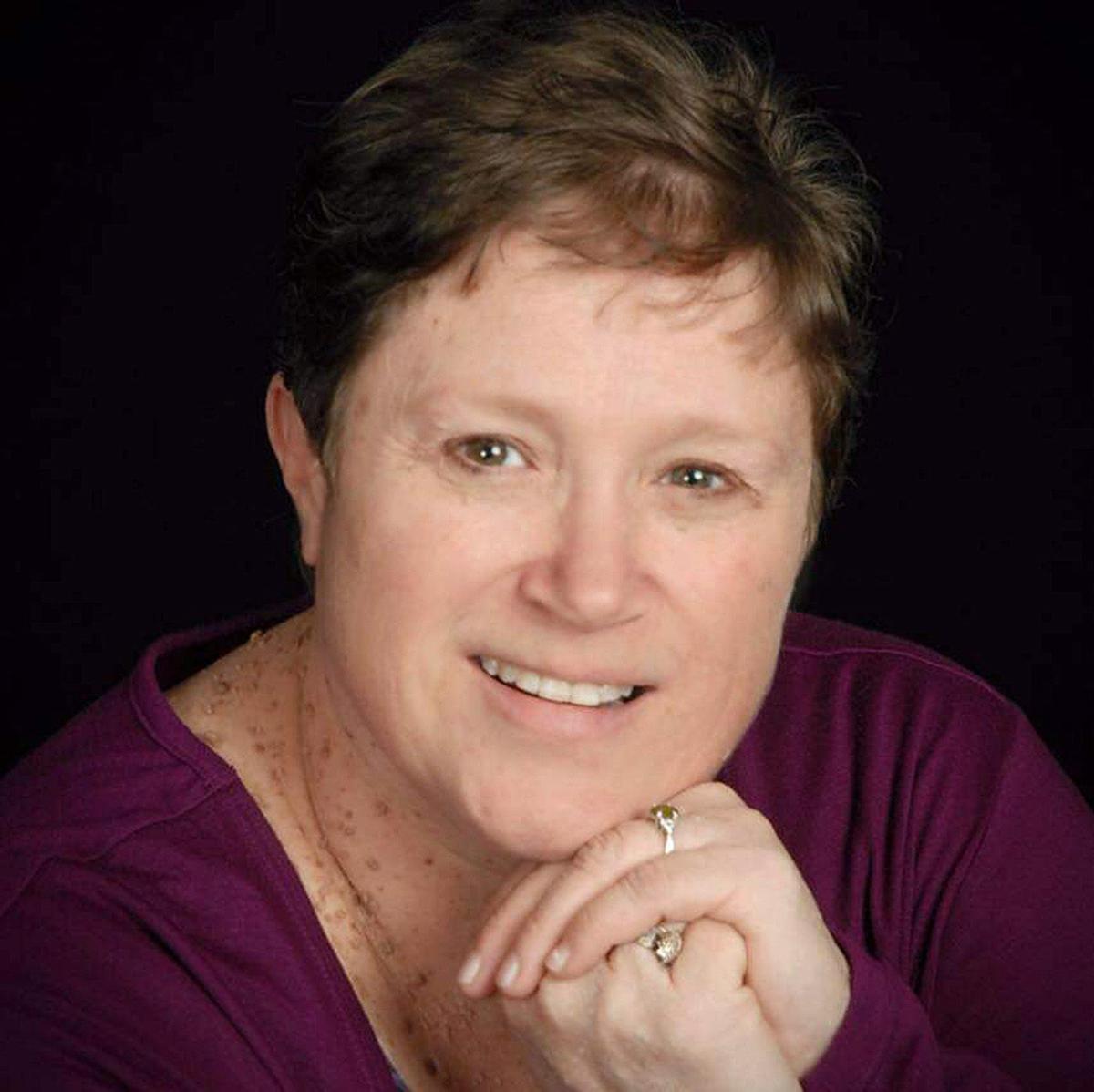 People often try to relate by offering stories and words of encouragement. But it’s a very different feeling when the person who has been diagnosed with cancer is staring back at you in the mirror.

Irondale resident Neysa Davis, 51, was diagnosed with cancer on March 11. But her battle began many years before that.

Davis’ mom Pat was in a car accident years ago. The chiropractor told her the signs to watch for a pinched nerve.

At age 15, Davis was showing these same symptoms even though she had not been in the car accident with her mom. After a visit to the chiropractor, Davis was told her blood pressure was dangerously high so they followed up with a visit to a medical doctor.

It was discovered that something was wrong with Davis’ kidneys. She was sent to St. Louis to a specialist where doctors diagnosed her with kidney failure. Her kidneys – so far gone that the cause of deterioration could not be determined – were removed. She had dialysis for a few months and then received a transplant.

Davis finished her 11th grade year by going to school two days a week because of dialysis. Teachers and staff worked with Davis so she could continue her studies.

After testing it was determined that her dad Ray was a perfect match. Brother Tom was too young to be tested and her mother wasn’t a match. On July 10, 1985, Davis’ kidney transplant was completed. Her dad was at Saint Louis University Hospital while she was at Cardinal Glennon Children’s Hospital.

“They brought the kidney from my dad to me in an iced Igloo cooler through the tunnel,” said Davis.

Now 35 years later, she still sees the doctor who did her treatment.

On the sixth anniversary of her transplant, Davis gave birth to daughter Rachel, who is now 29.

This is why she calls July 10 her Miracle Day.

But the road to improved health didn’t last. Davis was diagnosed with esophageal cancer on March 13, 2017. She had been experiencing difficulty with acid reflux. When a change in medicine did not help, an endoscope was used to check her throat. A 14-inch tumor was discovered on her esophagus stretching into her stomach.

Radiation and chemotherapy treatments shrank the tumor enough so surgery could be performed on July 28, 2017. The surgery was a three-part procedure and lasted 12 hours. The surgeon removed the tumor and reconstructed Davis’ stomach and esophagus. She was in the hospital for 26 days.

In June 2018, Davis had a seizure which doctors think was attributed to low blood sugar. This was caused by her losing so much weight so quickly due to cancer. She had to monitor her blood sugar daily.

“Some days it would drop extremely low and I would have to get high-protein foods to bring it back up,” she said. “It has seemed to regulate and I’m doing better now.”

Just when Davis felt things might be looking up, she was dealt another devastating blow. She found out on March 11, 2020, that she has metastatic liver cancer.

“This means the original cancer just came back and is on my liver,” she said.

Currently she is undergoing chemotherapy treatments every two weeks. She has completed four treatments which has caused the mass to shrink according to a recent CAT scan and bloodwork.

“I’m trying to do four more treatments to see if the tumor shrinks anymore,” said Davis. “As of right now, I’m not sure what the plans are from here. We are just trying to get it to shrink.”

Losing and regaining hope many times has been unsettling. Davis has already survived so much. She focuses on the positive and looks forward to a normal routine as much as possible. With each diagnosis, she has shifted her life to meet the current circumstances of multiple doctor visits and treatments.

Through every diagnosis, Davis has relied on her faith. She is a faithful member of Leadwood First Church of God.

Family, friends and her church family have been her biggest supporters. She is a 1986 graduate of West County High School and has lived her whole life in the community.

“I have been through a lot but I pray every day for strength to make it through,” she said.

Her daily motto is “live, love, laugh and strength.”

Prayer has been her constant.

One of the most difficult aspects of her journey has been “not being able to just get up and do things with family or friends because I am so tired or weak.”

Although she said family and friends understand, “it makes me feel bad.”

Through her diagnoses and treatments, people pray for her “every day, evening and night which shows me I have a lot of people that love me and are there to support me. I am so very blessed!”

For right now, Davis is content to live her life in the moment. She tries to do things with intention and a positive attitude. She is on a rocky journey that on some days follows a simple path yet other days is a wearying struggle.

On her most difficult days – when in the moment of her diagnoses, treatments, and the roads ahead of her all converged – Davis has relied on her strength from God, who has been her rock and refuge.

Through all of this, she has found comfort in the face of fear … through her faith.

10 Tips for Supporting Someone with Cancer

1. Ask before you visit. Sometimes the person is not feeling well enough for a visit so give them the option to say no.

3. Offer to help with daily tasks. It’s difficult to ask for help. Offer to run errands, grocery shop, babysit, pick up the kids from school, wash dishes, prepare a meal, do laundry, etc.

4. Listen. Sometimes the little things become the big things. Listening is a way to acknowledge the situation and offer advice only when needed.

6. Remember that everyone’s illness is different. Don’t compare the person’s cancer with someone else’s because it is not helpful. Symptoms and diseases are all different and vary by person.

7. Reconsider gifts of food. The person may be too ill to eat certain things or may be on a special diet. Ask your friend before preparing and delivering food.

8. Give thoughtful gifts. If the person has long treatments or is in bed much of the time, he or she might appreciate magazines, movies, puzzles or books. A gift certificate for home cleaning or a journal with uplifting notes from friends and family might be welcomed gifts.

10. Continue to offer support after the diagnosis. Patients need support during the entire time. Family, friends and even church groups can take turns helping so the support is spread out not only when the initial diagnosis is made but through and after treatment and recovery.

These tips are provided by Memorial Sloan Kettering Cancer Center.

According to a Thursday evening news tip, and confirmed by North County R-1 Superintendent Dr. Jeff Levy, a high school student who was partic…

Two area residents were fatally injured in separate accidents over the weekend. Several other motorists were also injured in accidents Saturday.

Police search for murder suspect out of Iron County

Iron County authorities are searching for an Annapolis man charged with a murder that took place early Tuesday morning. McCoy Kelley, who is a…

Billy Gene Thomas, 64, of Leadington, was charged last week with one felony count of making a terrorist threat in the second-degree.

Confirmed cases of COVID-19 continue to rise in the area.

According to a Monday news release from the Missouri Department of Corrections (DOC), an inmate has died at the Eastern Reception, Diagnostic …