The Bonne Terre City Council discussed regulating short-term home rentals in the city during last Monday night’s monthly meeting. Aldermen also turned down two requests made of the city’s Planning and Zoning Committee, and they heard an anecdote about how the late Patrolman Lane Burns’ memory was recently observed by a baseball team from Carthage.

The baseball team had been playing in the 10u MABA Baseball Tournament which brought a small mob of visitors to town, many of whom stayed in area hotels, but there was quite a bit of interest from the players’ parents in vacation rentals, it was said. Some rentals are currently operating in town, some are operating outside the city limits. There are independently-owned, commercial bed-and-breakfasts, as well.

After some discussion at the end of the meeting, aldermen asked City Attorney Seth Pegram to look into what it would take to regulate residential bed-and-breakfast establishments in city limits, since several residents have expressed an interest in getting into the vacation-rental-by-owner game.

In fact, Vacation Rental by Owner (VRBO) is one of the largest companies that currently allow residents to post their properties online for rent. VRBO generally differs from another online, independent rental platform, Airbnb, in that Airbnb also includes renting out space in private homes, say, a room in someone’s house, or their basement. VRBO tends to lean toward whole rental units, say, an entire condo, apartment or house.

City Administrator Shawn Kay pointed out Parks Director/Building Inspector Kenny Farkas brought up the idea, and Farkas happens to own a property in Hermann that he rents to out-of-towners.

Farkas said he’s been approached by several residents interested in joining the residential home-rental game, but he said in his experience, if the practice isn’t regulated, it could quickly spiral out of control.

“Without regulations, you could have eight people in one room which might constitute a fire hazard, there might be out-of-town parties that get a little too wild,” he said. “There just has to be regulations to put an Airbnb in town.

“I'm very familiar with them, I get inspected once a year in the city of Herman from the city inspector. He tells me what I need to do to comply with the city and then also the city also charges me every quarter, I have to pay taxes on the sales of my Airbnb. So, however many times it rents, I have to pay a percentage of the rentals that I have with the B&B to the city’s department.”

Pegram said he’s already done a bit of checking, and the considerations are numerous, in terms of crafting policy and regulations, enforcement and taxation. He said there are different levels of rental, such as hotels vs. B&Bs vs. short-term rentals.

Farkas said, while hotels and motels are still in demand, travelers are looking for more personalized experiences in a relaxed, homey atmosphere or a unique property, so the increase in interest is more than likely an inevitability for Bonne Terre, and last weekend’s baseball tournament seemed to underscore the need for urgency in terms of regulating private rentals.

Earlier in the meeting, Farkas referred to a touching moment at the tournament when the baseball team from Carthage asked for a moment of silence before play to remember Patrolman Lane Burns, who hailed from their town but grew up, moved to the Parkland, attended law enforcement academy, became an officer and was gunned down in the line of duty for Bonne Terre Police Department in March. The team also requested a photo with Bonne Terre police, who were happy to comply.

In other action, the aldermen:

This month’s Leadwood Board of Aldermen meeting at city hall ended with accusations of unpaid taxes hurled against an elected official.

The St. Francois County Clerk’s office is looking at replacing voting equipment in the near future and is having an open meeting Wednesday at …

Objections were raised by some residents at the St. Francois County Commission regular session to the impending purchase of Flock cameras to b…

Missouri may turn to private company for prison food service

The Desloge Board of Aldermen met Monday night to discuss issues pertinent to the city, including amending the Parks and Recreation director j…

The board of St. Francois County Joint Communications Center, which handles 911 calls for St. Francois and Ste. Genevieve counties, voted at i…

The St. Francois County Commission held a public hearing and a relatively brief meeting Tuesday at the courthouse annex.

Study: The asteroid that killed the dinosaurs produced a nearly 3 mile high wave

Study: The asteroid that killed the dinosaurs produced a nearly 3 mile high wave 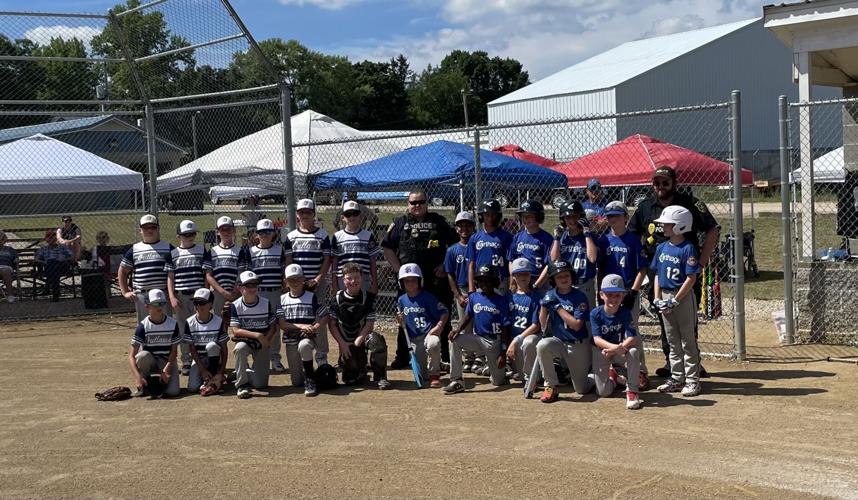 Players from Carthage visiting Bonne Terre for the MABA 10u tournament earlier this month ask to have their picture taken with a couple of Bonne Terre Police Officers (Erica Barton and Greg Stegall), out of respect for their hometown hero Lane Burns, a Bonne Terre officer who was raised in Carthage and died when he was shot to death in the line of duty in March. The teams also observed a moment of silence at the Carthage team's request. 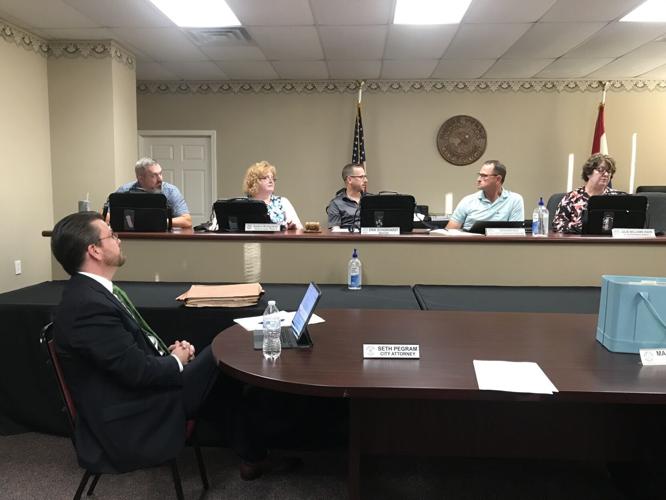