The St. Francois County Commission decided not to update the county’s work-from-home policy during its weekly meeting Tuesday.

At the commission’s previous meeting, held Jan. 10, City Clerk Kevin Engler brought up the need for the county to make changes to the policy — including the creation of a remote work request form for county employees to fill out when planning to work from home — due to several sick or vacationing employees who attempted to receive five hours of pay by claiming they had worked from home on a day when county offices were closed due to inclement weather. Additionally, Engler revealed that an unnamed county employee had lied about coming to the courthouse to work that day when a search of security footage proved the employee had not entered the building.

The idea of a remote work request form, as well as the need for a county work-from-home policy, came up for discussion again at this week’s meeting. Presiding Commissioner Harold Gallaher pointed out that the work-from-home policy had been put in place in response to the COVID pandemic.

“I’m wondering now if we really need to do this,” he said. “It was a program and never a policy. It was abused, so maybe we should just forget it and not do it.”

District 1 Commissioner Kary Buckley expressed his doubts about continuing the program as well.

“We basically discussed that I’ve had some phone calls that come into me where people are following our meeting,” he said. “I kinda agree with them that there should be a zero policy of working from home. As a matter of fact, I got phone calls yesterday on this — people following this up, but I think if we make rules, there’ll be ways found to change them. I think one simple rule is the simplest way to do it.”

Gallaher said, “We have a very generous policy of helping our people with time. I just don’t think it’s needed. Do we have a motion?”

Buckley initially made a motion that the commission approve a policy that county workers can’t work from home. After scattered laughter broke out in the room in response to the commissioner’s motion, the commissioner rephrased it.

“I make the motion that remote work requests from home, that the policy will be that — if you have an office in the county — you cannot work from home,” he said.

Buckley’s second motion raised several questions from county employees about times when they occasionally take work home from the office to, for instance, call poll workers during the evening hours who aren’t reachable during the day, or in the case of the county’s IT department, times when they receive calls from home at all hours of the night needing assistance to get the county computer system up and running after it’s crashed. It was also mentioned that county road and bridge employees are sometimes contacted while at home or on vacation to deal with situations that require their assistance.

Engler said, “I don’t think this changes our work comp policy at all. I know some people who had to go home for some reason.”

Gallaher said, “What we were doing worked fine until we tried the policy. I’ve always called Dwayne at home to check the door locks and that kind of thing. So, that worked fine. It’s just when we tried to put it on paper."

The commissioners voted unanimously to end the county’s work-from-home program.

Other items covered during the meeting included the following:

• Commissioners approved the only bid received by the county clerk’s office for the purchase of election supplies for the April election.

• The names of signers for the county’s lockbox at First State Community Bank were updated to include Gallaher, County Treasurer Parks Peterson and IT Supervisor Dwayne Looney.

• A supplemental agreement with Cochran Engineering for work on Feezor Road was approved. It allows for a design to move utility poles and perform other work to widen the road.

The next regular meeting of the St. Francois County Commission will take place at 10 a.m. Jan. 24 on the third floor of the courthouse annex. The meeting is open to the public.

Kevin R. Jenkins is the managing editor of the Farmington Press and can be reached at 573-783-9667 or kjenkins@farmingtonpressonline.com

The Park Hills City Council met in a special session Thursday evening, voting on a proposed tax of 3% on all marijuana sales within the city. …

Bennett looks back on last 14 years

There is an old saying which says to leave something better than you found it. 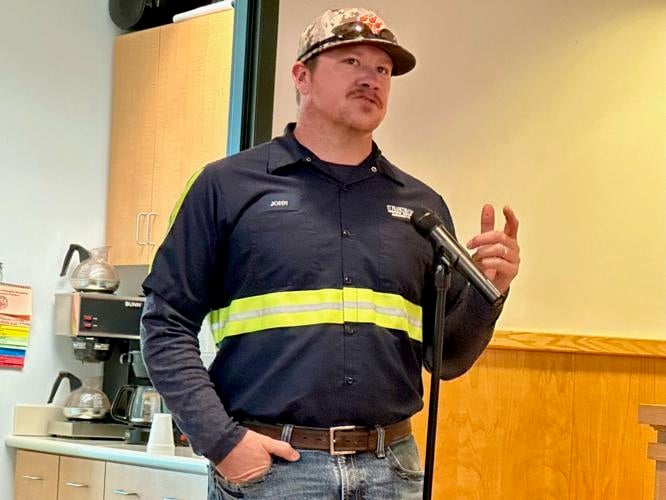 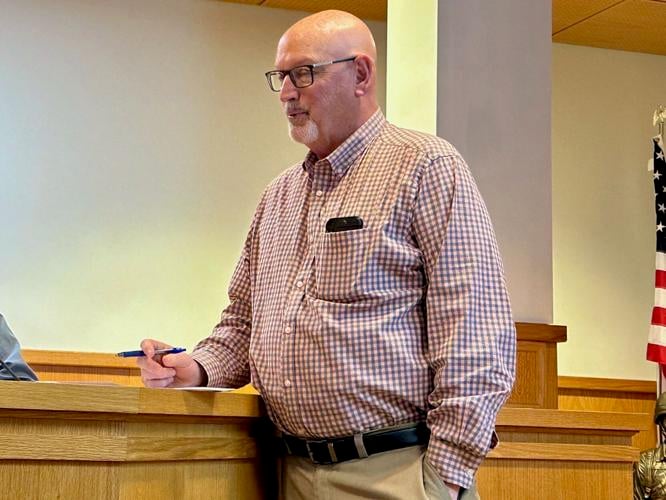 St. Francois County Clerk Kevin Engler explains to the commissioners that only one bid was received for the purchase of election supplies for the April election. 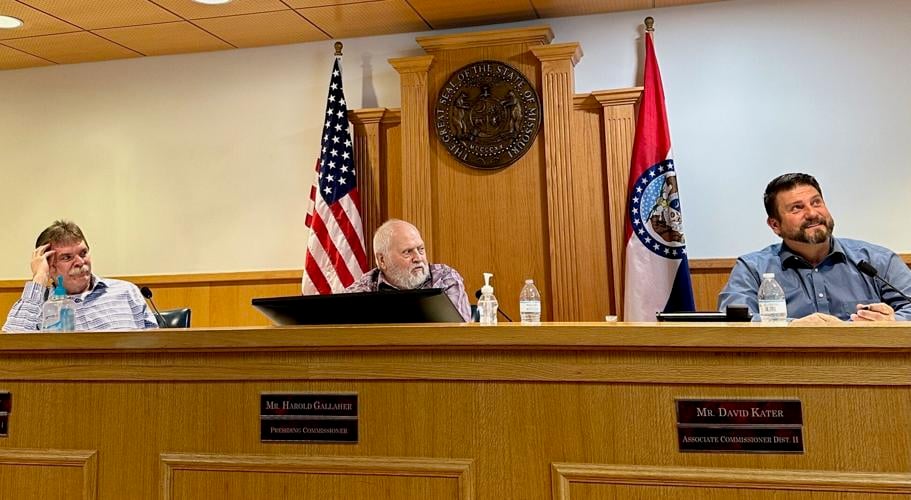 After reconsidering a request at its Jan. 10 meeting, the St. Francois County Commission votes unanimously to put an end to the county's work-from-home policy created during the early days of the COVID pandemic.