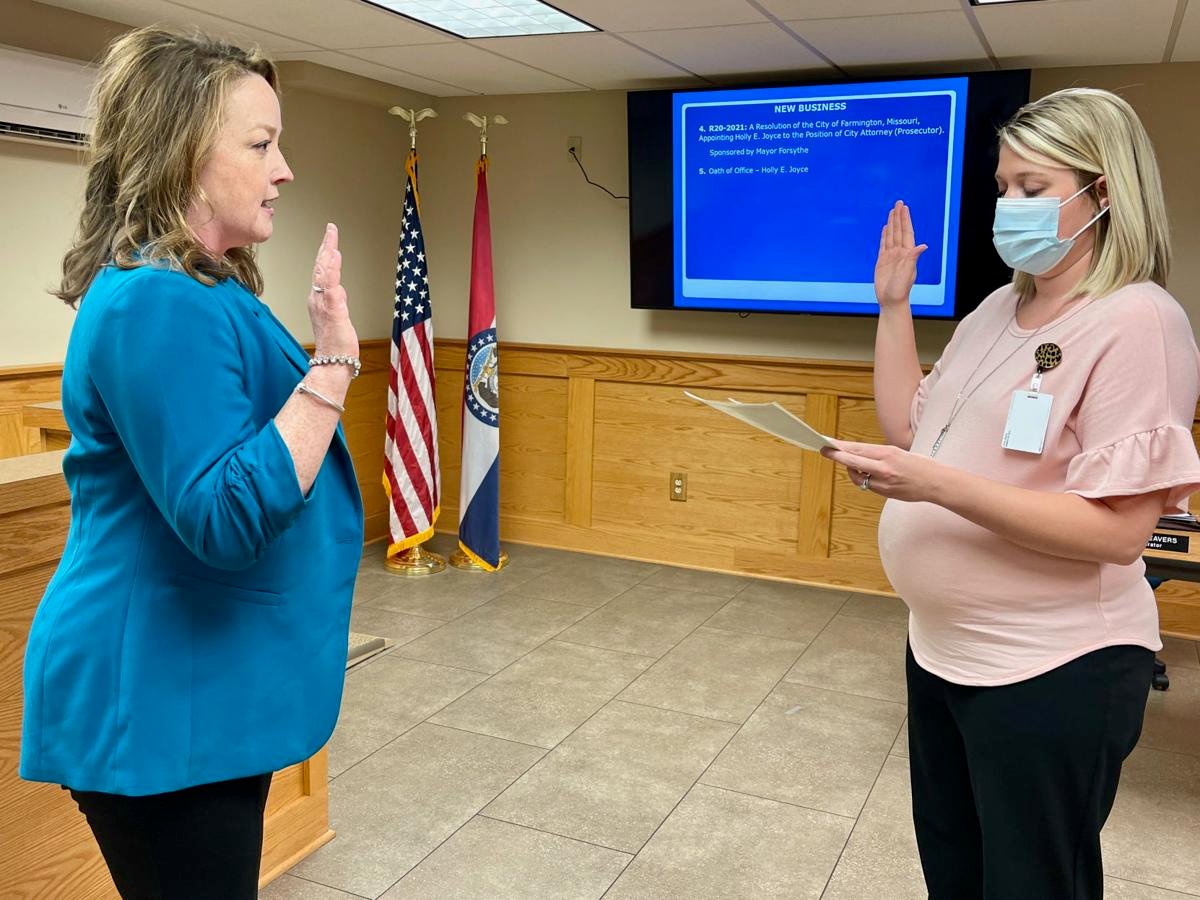 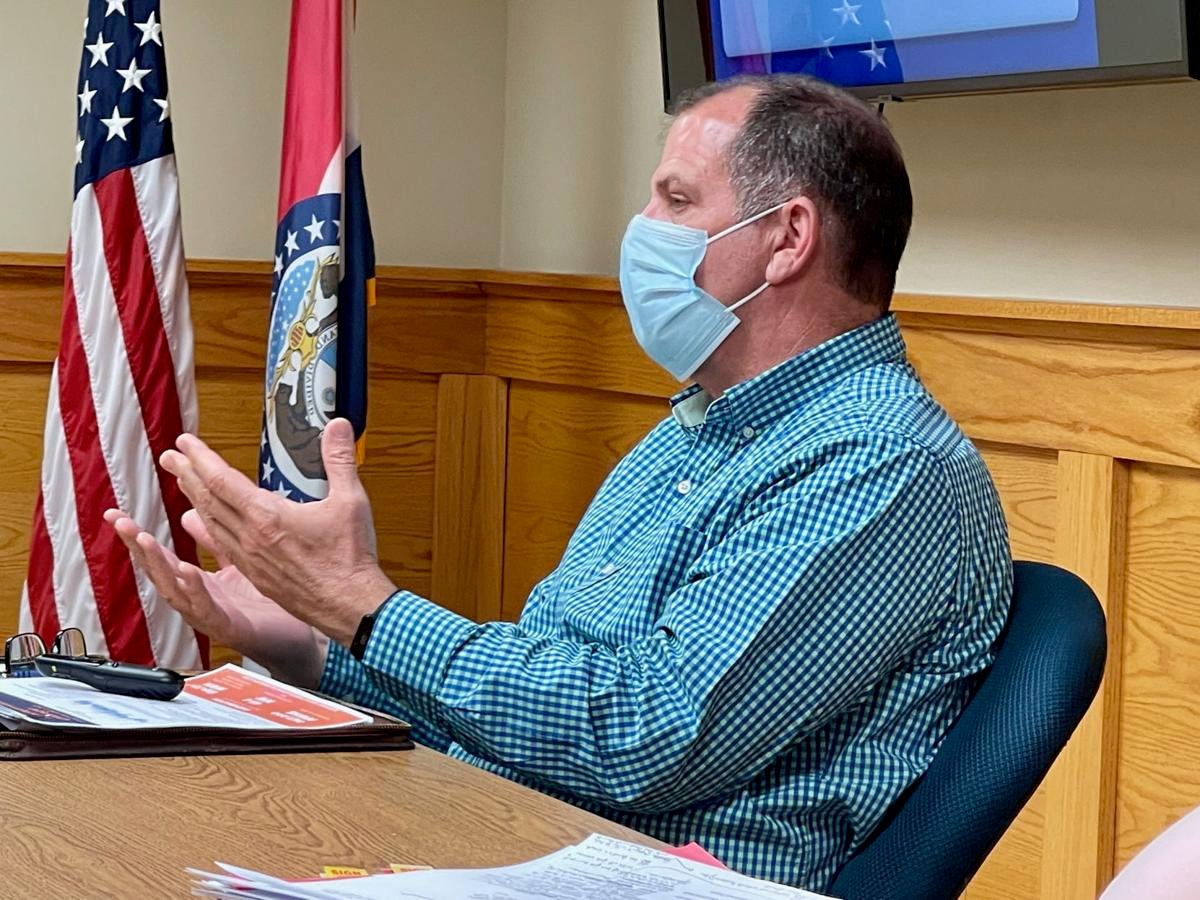 During their Thursday meeting, the Farmington City Council approved the appointment of Holly Joyce as city attorney, a position that up until now has been an elected one.

At its Oct. 26, 2020 meeting, the city council discussed changing the selection of city attorney from an elected position to one appointed by the mayor and city council. It was noted by City Administrator Greg Beavers that most municipalities in the state appointed their city attorney rather than hold an election to fill the position.

That evening, then-City Attorney Julie McCarver told the council she would be open to either option. The council subsequently approved the change at its Nov. 12 meeting effective following the April 6 election.

After the unanimous council vote at Thursday night's meeting to appoint Joyce, she was sworn into office by City Clerk Ashley Bischoff. Afterward Mayor Larry Forsythe, who was elected to a second term in office Tuesday, addressed the decision of hiring Joyce, as well as the results of the mayoral election.

"I want to thank (Ward 3) Councilor Morrison. He was with me on the interviews with [Joyce] and Mrs. McCarver. Thank you very much, it was a very hard decision. I really thank you for helping me with that. Welcome to the city of Farmington. I think you will do a wonderful job.

"Other than that, I know it's not official yet, I want to thank the citizens who voted for me. I appreciate that. I've had this quite a long time. I don't know how long I've done it. To be honest with you, I was one of the councilmen who hired Greg Beavers, so that's how long I've been here."

Normally, the city council officially approves the election results and swears in the mayor and board at the first meeting following election day, but Beavers said this was the first time in recent memory that a city council meeting took place so close to election day. Because the vote had not yet been certified by the county, the official swearing in of the mayor and board will have to wait until the next council meeting April 26.

In other action, the council heard the annual police department report given by Chief Rick Baker, approved the declaration of Street Department Truck #3 (2003 Ford F250) as surplus property and approved three resolutions. The first authorized the mayor to enter into an agreement with Townsend Tree Service Company LLC, the second approved the purchase of Active Network Recreation Software and the third approved the appointment of Joyce as city attorney.

If you’re in the market for a free historic bridge, you’re in luck. There’s one available in Iron County.

Leadington swears in new aldermen, including winner of tie

The winner of the three-way tie between write-in candidates for a Leadington alderman position has been decided.

The University of Missouri Extension gave its quarterly report to the St. Francois County Commission recently.

St. Francois County Joint Communications Center can now rely on a stable stream of funding, as voters determined 3,294 votes to 607, or 84% of…

In Desloge, 3 vie for mayor, 2 for Ward 3 alderman

Three candidates are vying to fill the seat of mayor in Desloge on Tuesday.