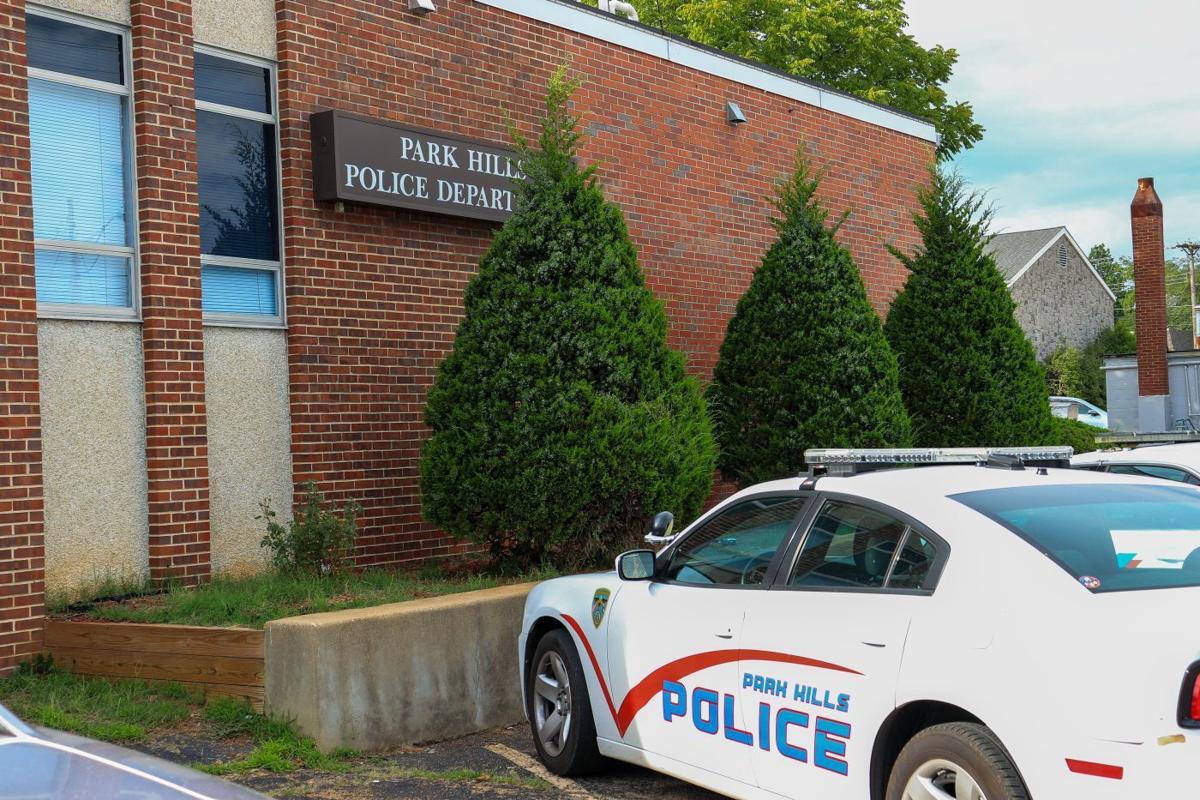 The Park Hills Police Department is seeking voter approval of a Prop P measure on the Aug. 4 voting ballot. 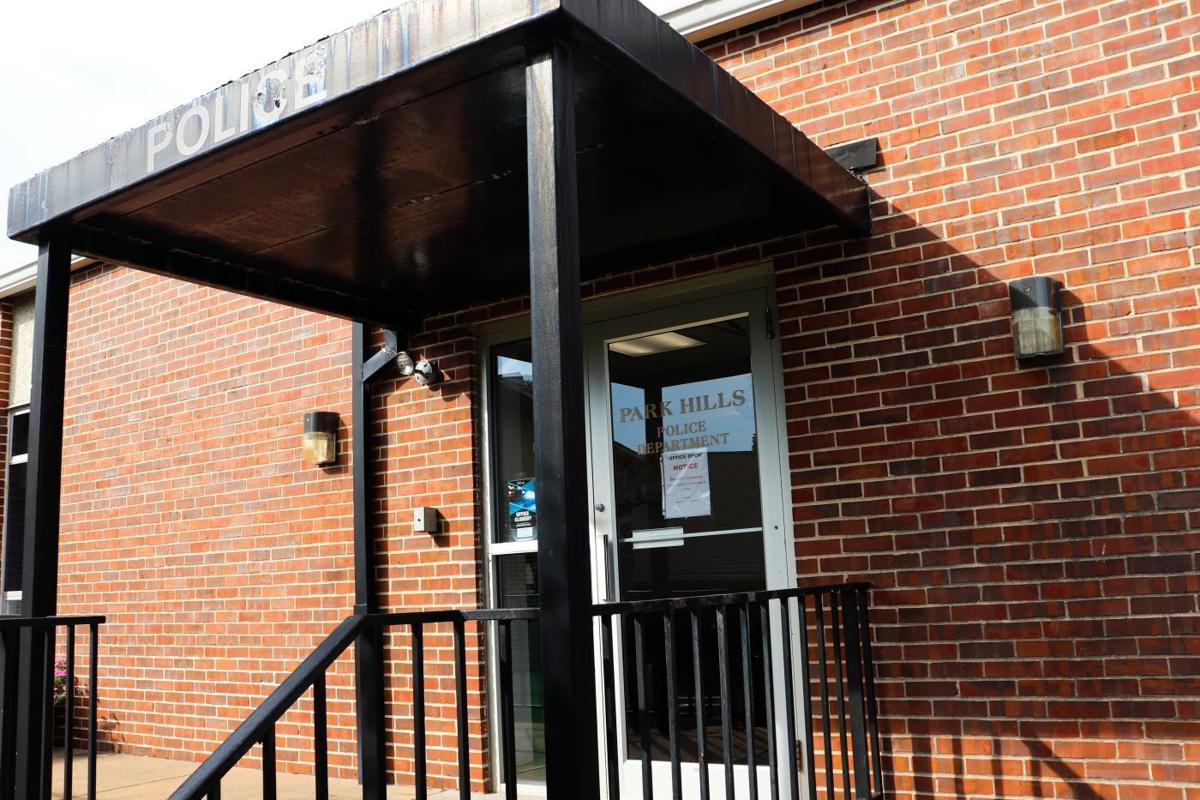 If passed by Park Hills voters on Aug. 4, the Prop P ballot measure would increase the city's general sales tax by .25% and could generate more than $170,000 per year in additional funds for use by the police department.

On Tuesday, voters in Park Hills will head to the polls, where one of the ballot questions will be whether to pass a Proposition P (Prop P) measure to provide additional funds for public safety within the city.

If passed, the Prop P measure could generate $170,000-$180,000 in additional funds for use by the Park Hills Police Department to purchase equipment, provide better training, and hire additional officers, among other department improvements.

The additional funds would be generated by imposing a general sales tax of one-fourth of 1% on purchases made within the city.

The current general sales tax rate in Park Hills is 2.75%. Prop P would bring the tax rate up to 3%, and be paid by anyone making purchases within the city, not just citizens. For perspective, if a consumer were to spend $400 in town, they would pay an additional $1 if Prop P is passed, officials explained.

In December, the police department gave a detailed presentation to the city council in which Prop P was discussed as a possible solution to the department’s strained budget.

Chief McFarland and Det. Sgt. Summer Bess spoke to council members about some of the department’s expenses, such as equipment updates and annual computer software subscriptions. They explained how these costs claim a large portion of the department’s annual budget.

Certain necessary expenses, like the annual $9,000 subscription fee for Omnigo — the standard law enforcement reporting system — claim a large chunk from the police budget but are required for operation.

The department is looking toward purchases and upgrades that include items the chief said most other area agencies already have. He said that some officers had used their own money to purchase tools for the field, like trauma bags, radar units, and personal body cameras.

Other officer safety equipment like bulletproof vests, which expire every five years, are recurring expenses. The ballistics vests cost approximately $1,300 per vest for the agency's 16 officers.

Looking at basic law enforcement tools, the department wants to put new radar units in all of its patrol cars at an approximate cost of $2,125 per car. Dashboard and body cameras are sought at an approximate one-time price of $65,000.

Other technology needs include a new network server that will cost the agency $3,500. The server is used for day-to-day operations and in need of replacement as it is nearing the end of its lifespan.

Annual training is also necessary for officers to stay up-to-date on certifications and cost the department approximately $15,000 per year. Each officer must complete eight hours of firearm training and 24 hours of continuing education classes (CEH) every year.

Chief McFarland said he would prefer his officers to receive better training if the department can afford it.

“The training we’re getting is an online class we take monthly,” said Chief McFarland. “You just get so much more out of hands-on, classroom-type training versus sitting behind a computer screen reading 80 pages and taking a 10-question test.”

The primary patrol cars used by Park Hills officers are their Dodge Chargers, which have all been purchased as hand-me-downs from the Missouri State Highway Patrol after the agency has pulled them out of service.

The newest Dodge Chargers in the department’s inventory are 2015 models, and Chief McFarland said they had purchased each of the cars with approximately 55,000 miles on them.

As with any fleet of vehicles, the department’s patrol cars need regular maintenance and unexpected repairs. The department spent $30,000 on vehicle repairs last year alone.

After the council decided to place Prop P on the August ballot, a small number of area residents voiced concerns about whether all the measure’s funds would be used specifically for the police department’s needs.

Some concerns appear to be with the language of the Prop P question, which states, “Shall the City of Park Hills, Missouri, impose a sales tax of one-fourth (¼) of one percent (1%) for the purpose of providing funds for public safety, including but not limited to equipment and training for the Park Hills Police Department?”

City Administrator Mark McFarland said the language was changed because the first draft of the proposition only mentioned new funds being used for equipment. He said the city attorney suggested rewording the ballot question to allow the police department to use the money for more than just equipment.

“The attorney said that we would limit ourselves to just equipment, and if we wanted to expand our police force and bring new people on, that basically a police officer is not equipment,” the city administrator said. “Therefore, they put ‘public safety’ in there in order to allow us to use that money maybe down the road to hire more police officers.”

The city has increased the general tax rate by a fractional percentage in the past to bring in additional funding for the fire department.

The city’s fire department uses funds from a previously passed Prop P, and Mark said the .25% tax adds more than $170,000 to the department’s annual budget.

Administrator McFarland addressed a few social media comments about the fire department not receiving all of the funds generated by their Prop P tax increase, calling any claim that they had not received every bit of the money as “bogus.”

“We spend more money in the fire department than they take in,” he said. “We have to subsidize [department costs] with the general fund. They’re getting every bit of their money, plus some.”

Administrator McFarland said he could not be sure what future city leaders might do, but explained that the current council and mayor intend that all Prop P funds be used solely for the police department’s needs if the measure passes.

“Council is the one that actually sets the policy on that, and who’s to say five years down the road, a different council and different mayor might do something different,” he said. “But this council and this mayor wants that [money] for the police department.”

“The police department needs it,” the city administrator explained. “The city is not broke as some people say, but we have been through some hard financial times, and this COVID thing hasn’t helped.

“The city would benefit from this, and I think the citizens will really benefit from this,” Administrator McFarland added. “If the public would like to support the boys and girls in blue, this is a really good way to do it.

“I know they’ve been taking a lot of flack from a lot of people across the country, and [some have called for police] to be defunded in some cities,” he said. “We don’t want that. We support our police officers.

“We support our men and women who are on the frontlines fighting the drugs and fighting the criminals and doing what they can to protect the citizens,” said Administrator McFarland. “This is a great way for the citizens of Park Hills to show their support for the Park Hills Police Department.”

The Park Hills Police Department is seeking voter approval of a Prop P measure on the Aug. 4 voting ballot.

If passed by Park Hills voters on Aug. 4, the Prop P ballot measure would increase the city's general sales tax by .25% and could generate more than $170,000 per year in additional funds for use by the police department.