Voters will cast their ballots Nov. 3 in the General Election. There are many amendments, national races, state-wide races, and regional races to be contested. However, there are only two contested Madison County races, for sheriff and coroner. Below are profiles of the two candidates, in the order they will appear on the ballot, vying to become the next Madison County Sheriff.

Danback attended the 1,000-hour Mineral Area College Law Enforcement Academy, and was president of his class.

Danback said we all know that law enforcement is in the spotlight in today’s global society.

"Every day it seems our rights as citizens are being attacked and eroding away," Danback said. "If elected as your sheriff, I will stand strong and not waiver in my beliefs of being a constitutional sheriff. Our second amendment rights along with our rights to assemble and worship will not be infringed upon."

Danback said he also believes to be an effective sheriff, he must lead by example and show the fine men and women that work for his department how to serve and protect by patrolling and being proactive instead of only reactive.

"I believe we need to put substantial efforts into helping stop crime before it ever starts," Danback said. "I will, along with the city police, get involved in the lives of the youth at our school by bringing education and awareness about drugs and alcohol and making good decisions for their future. I will also stand with other sheriffs and police chiefs on creating state legislature to repeal the catch-and-release program, which has been detrimental to our communities."

Danback said he will also work on great relationships with county commissioners and grant opportunities to provide overtime funding for safety campaigns and extra equipment. He said he will petition the commissioners to budget for extra fuel for the deputies to be able to patrol the back roads in the county instead of being limited to response to calls and remaining near city limits.

"As a Madison County resident living in Jewett, Missouri, which is 27 miles outside the city limits of Fredericktown, the county seat, I am very well versed in knowing the numerous issues and struggles that county residents have getting adequate coverage or coverage at all in the extremely rural areas that they reside," Danback said. "If elected, one of my top priorities will be to bring equal service and protection to the citizens of our great county that live in these rural areas. How I plan to immediately implement this type of coverage is not just by talking about a good working relationship with other entities, such as the city police, but by commissioning the city police. This means if we are tied up on a call in a rural area and more emergency calls come in, city officers that are much closer and equipped to handle the call could respond to the emergency situation."

Danback believes getting involved with schools and youth programs at a young age will help tremendously with drug problems, which also is a primary cause of the theft and stealing problems, as people often steal to maintain their drug habits.

"Finally, a top priority for my department is work ethic," Danback said. "Morale for law enforcement across the board is at an all time low. As a leader of the department, I will work tirelessly to implement these changes, so my deputies see results from their hard work."

Danback said deputies who dedicate their lives to serving and protecting their communities need to feel respected and loved in their community and "we will bring that back through our hard work ethic, putting excuses aside and our community first to make Madison County one of the safest and greatest places to raise a family, retire and live."

"In closing, why I want to be your next sheriff is because it’s in my blood, my passion and the greatest honor to serve and protect the citizens of Madison County," Danback said.

Katy McCutcheon graduated from Fredericktown High School in 1997 and then from Mineral Area College Law Enforcement Academy in 2001.

"I took the office of Madison County Sheriff on January 1, 2017 and have over 19 years of combined law enforcement experience with all of them being here in Madison County," McCutcheon said.

McCutcheon said she began her law enforcement career working for the Fredericktown Police Department for more than four and a half years and then became a deputy sheriff with the Madison County Sheriff's Office where she worked for more than eight years.

"I accepted the position of director of the Madison County 911 Communications Center in 2013 where I continued to supervise the operations of the 911 center for the past seven years," McCutcheon said. "Through working within the emergency services sector of Madison County for over 19 years I have attended numerous trainings/certifications."

“Furthermore, I have become very knowledgeable of the city streets, county roads, private drives, local landmarks, and the communities as well as many of the residents of the county,” McCutcheon said. "Prior to becoming sheriff, I also held the position of deputy coroner for the Madison County Coroner’s office for over five years. Since becoming sheriff, I have remained a deputy for the Coroner’s Office in the event that the coroner or his deputy coroner is not available."

McCutcheon said she is in her 13th year with the Cherokee Pass Volunteer Fire Department. She said, although she does not have the time to dedicate to the fire department like she did before becoming sheriff, she still assists the department with its many different operations such as fire investigations, motor vehicle crashes, search/rescue operations of lost individuals, and all other incidents where the fire department responds.

In 2010, McCutcheon received a Bachelor’s Degree in General Studies with an emphasis in Criminal Justice from Southeast Missouri State University.

“I also have been actively involved in the Madison/Iron County Relay For Life for the last several years and have held the position of Luminaria Co-Chairperson the last seven years,” McCutcheon said. "I am also a member and vice president of the Nu Zeta Chapter of Beta Sigma Phi and the Capt. Henry Whitener Chapter of the Daughters of the American Revolution."

McCutcheon said she has also maintained the office of Zone 13 leader for the Missouri Sheriffs Association for the last four years. She said she believes one of the main qualities of an effective sheriff is to know, understand and comply with Chapter 57 of Missouri Revised Statues that deal with the office of Sheriff, Chapter 221 that deals with jails and jailers, and all the other statutes which deal with the operations and finances of the sheriff's office, as well as the statutes regarding criminal procedures and crimes and punishment.

"Another quality is to be familiar with the county roads, local landmarks, and the communities so that the citizens of Madison County can be more effectively protected," McCutcheon said. "A sheriff should also be held to a higher standard and be of good moral character. Since becoming sheriff, I have realized that an effective sheriff needs to be available, open-minded, and unbiased."

Four years ago, McCutcheon said one of her top priorities, if elected, was be to build a better working relationship among all law enforcement, medical, fire, and state agencies within the county so the citizens and even visitors of Madison County can receive the utmost protection and best possible assistance when needed.

"I have fulfilled that goal and my department has a great working relationship with all agencies of the county," McCutcheon said.

Other priority goals McCutcheon mentioned four years ago included: maintaining an accurate budget by implementing a 24-hour rotating schedule for the allocated number of deputies to provide the adequate coverage needed during high call volume times, purchasing only items needed to effectively run the sheriff's office and jail, allowing only deputies who reside in Madison County to take the county patrol car home, and striving to maintain long-term employees to decrease clothing and unemployment costs. She said she believes she has achieved these goals with the help and support from her staff.

McCutcheon said in 2019 the Madison County Sheriff's Office, along with every other law enforcement agency around the state, was forced to comply with bond/bail rule changes handed down by the Missouri Supreme Court that allowed defendants who have been charged with non-violent felonies (drug-related offenses) to be released from jail. The same year the Missouri Department of Corrections had changes in laws and policies that allowed offenders to be released from prison earlier than their scheduled date.

"My top priority, if re-elected, is to work with the Missouri Sheriffs Association to lobby for bond/bail rule reform and changes in law so that offenders remain in the county jail or the custody of the Department of Corrections for the mandated amount of time," McCutcheon said. "I believe this will help decrease the crime rate for drug-related offenses."

Other priorities McCutcheon said she added include the continuation of patrolling in the communities and meeting with the citizens of the communities to learn of any issues they are having.

McCutcheon said she had a Town Hall Meeting Jan. 28 about the issues of the bail rule and law changes and also hoped to start a community watch program throughout the county.

On Friday, U.S. Rep. Jason Smith called upon the United States Department of Justice to open investigations into incidences of election fraud … 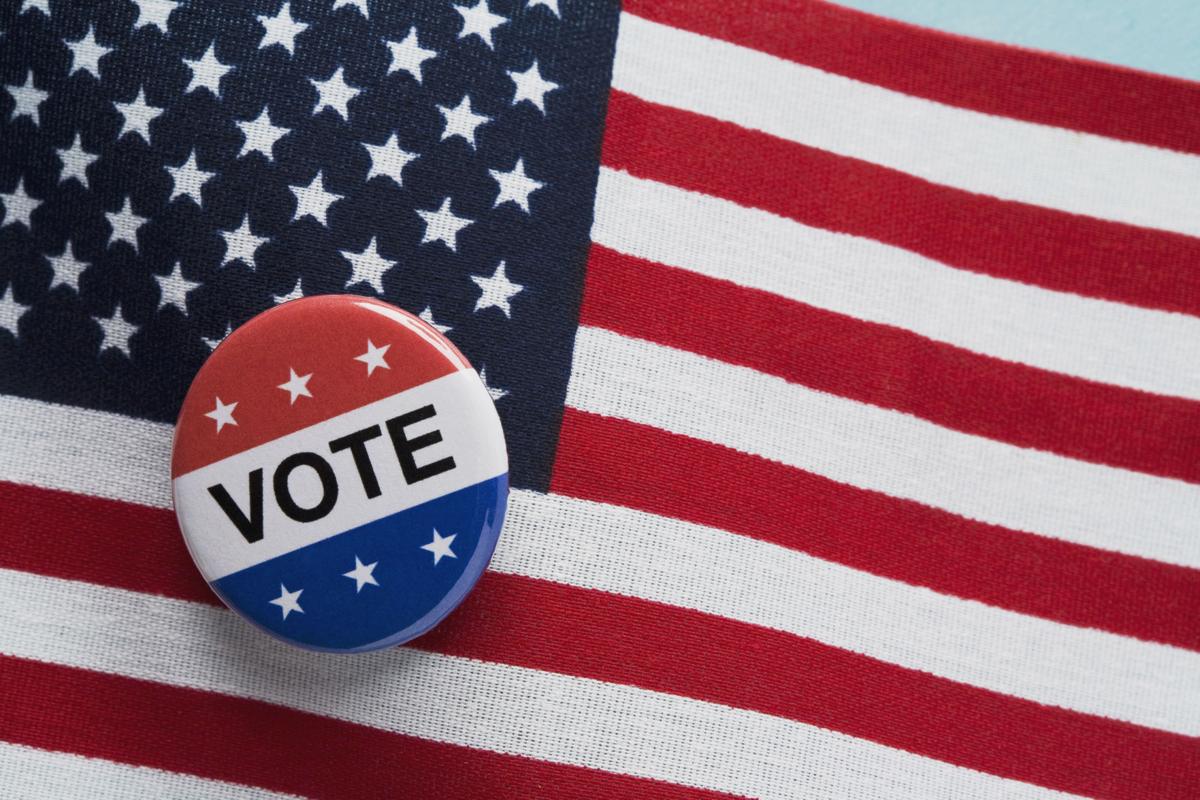 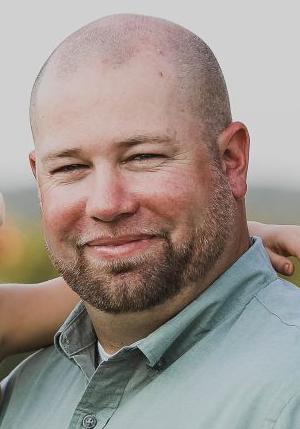 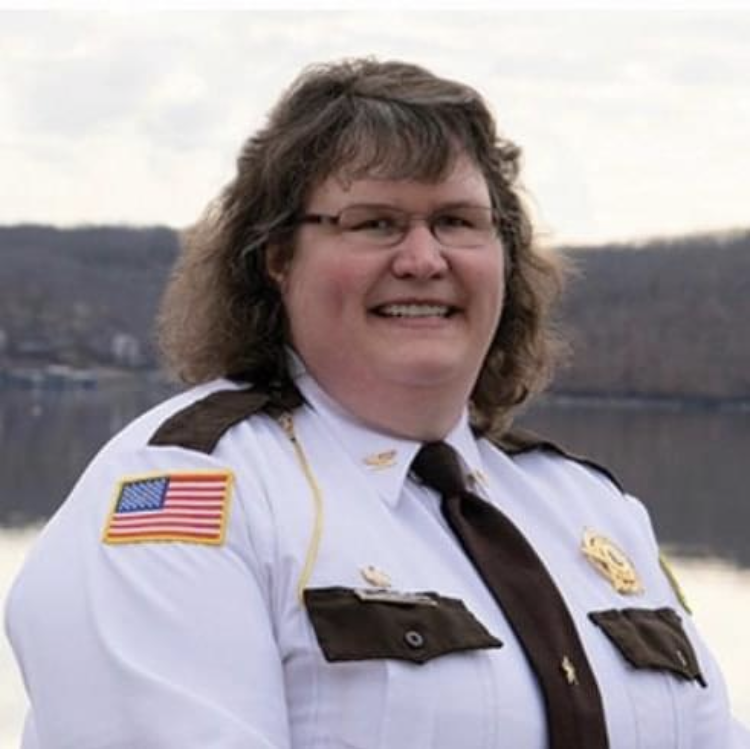