Fauci affirms Biden's commitment to WHO. Here's what it means moving forward.

Area voters will cast their ballots Tuesday to select one of two candidates seeking election to the position of St. Francois County sheriff.

Voters will have a choice between Republican Incumbent Dan Bullock and Republican Challenger Ryan Miller. The winner of the race will not face an opponent in November.

Each candidate shared some background information about themselves to give voters as much information as they may need to make their decision.

Bullock is seeking re-election and has been serving as the St. Francois County sheriff since he was first elected in 1993.

Bullock is 66 years old. He was born and raised in Bonne Terre by the late Jim and Wanda Bullock, along with four brothers and one sister.

Over nearly four decades, Bullock has worked as a sergeant and a chief deputy for St. Francois County as well as a Bismarck police sergeant. He also served as the police chief for the Bismarck and Esther Police Departments.

Bullock has served as the county’s sheriff for 28 years and holds the distinction of being the longest-running St. Francois County sheriff since 1823.

Along with his years of on the job experience, Bullock has completed thousands of hours of specialized and general law enforcement training in all facets of law. He is a certified federal firearms instructor and participates in yearly continuing law enforcement education.

Just after he was first elected as sheriff in 1993, Bullock’s department addressed a serious drug problem in St. Francois County. A large group calling themselves the “5 W Club” was dealing drugs openly on the streets in the county.

“We worked very closely with federal, state, and municipal law enforcement breaking the back of this gang and sending the ring leaders to prison for a very long period of time,” Bullock recalled. “Many are still serving time.”

Among many other crime control efforts, Bullock helped establish and served on an executive board called “Operation Ram-Jet” targeting street-level drugs in a 27-county area throughout Southeast Missouri.

Bullock has been active in charity events for members of the community throughout his career and formed an annual program that has helped provide a better Christmas to thousands of area children since its inception 27 years ago.

In his years of serving as sheriff, Bullock said he had adapted the sheriff’s department to changing times.

“I led the way to build a state-of-the-art sheriff’s office and detention facility, launching St. Francois County law enforcement into the 21st century,” Bullock said. “The facility was paid off early, at which point the sales tax was rolled back.”

Other educational endeavors in which Bullock has played a part include making the D.A.R.E. Program available in all St. Francois County schools other than Farmington, which has its own D.A.R.E. Program.

Bullock was a member of the executive board that established the Mineral Area Drug Task Force that provides overt and covert drug operations in all of the Missouri State Highway Patrol Troop C area.

Since its formation, thousands of drug labs, users, and dealers have been taken down through the cooperative efforts of the drug task force.

He was involved in bringing enhanced 911 and centralized dispatch to St. Francois County while sitting on the executive board and serving as head of operations.

In the past, he has also held the position of Emergency Management director for St. Francois County and helped to procure more than $5 million in equipment and personnel grants for the county from the state and the federal government.

He instituted a program that entertains residents of area senior centers and nursing homes with live music from his band “The Sheriff and the Deputies.” The program also provides a liaison between the senior citizens and the sheriff’s department.

In addition to his volunteer work with area seniors, Bullock is a long-time sponsor of Relay for Life.

Every year, Bullock participates in several other community-based activities intended to prevent or reduce crime in the area.

“We have taken a proactive approach to law enforcement in St. Francois County trying to educate the public through neighborhood watch programs, gun safety, child fingerprinting, senior citizens, and Explorer Scouts, hopefully preventing some crimes before they happen,” Bullock said of efforts to make communities safer. “Through a competitive grant process, we have taken advantage of the Missouri Sheriff’s Methamphetamine Relief Team program (MOSMART) and have been awarded as being one of the top five counties in the state taking down meth labs.”

The sheriff detailed some of his work with state agencies and legislators, some of which have impacted the entire state.

“I served as a zone leader for the Missouri State Sheriff’s Association and was a liaison from seven counties to Jefferson City, providing information on new and existing legislation that affects the office of sheriff and law enforcement throughout the state,” Bullock said. "I also served on Missouri’s Board of Homeland Security and helped to secure tens of thousands of dollars of equipment.”

Bullock has received many awards throughout his time serving St. Francois County.

Some of the accolades for which he has been recognized include the Decade of Support Award from the Mineral Area Legislative Labor Club; the Professionalism Award from the City of Bismarck; the Elite Service Award from Dockins Radio Group; the 110% Award from KREI/KTJJ; Relay for Life’s Leading by Example Award; the Onward, Outward, Upward Award from Mineral Area Law Enforcement Academy; the VFW’s Meritorious and Distinguished Service Awards; and the Humanitarian Award, the Justice Award, and the American Renaissance Award from SGI USA.

The sheriff has also received the Missouri House Resolution for Operation Kid Care, Missouri Senate Resolution for Solving Cold Case Murder, as well as numerous other letters of thanks and recognition. He was honored by the Ninth Expeditionary Bomb Squadron during Operation Enduring Freedom and received the Commander’s Certificate of Appreciation from Veterans of Foreign Wars.

Miller is 32 years old and lives in Farmington. He has several family members who also live in Farmington, including his mother, father, stepmother, and sister.

Miller was raised in Farmington and attended the Farmington R7 School District. He graduated in 2006 and later attended Mineral Area College, where he majored in Criminal Justice.

In 2010, he enrolled in the Mineral Area College Police Academy and graduated the following year as valedictorian of his class.

Miller was hired in 2011 as a detention officer by the Ste. Genevieve County Sheriff’s Office, where he served for one year.

In 2012, he was offered a position as a patrol officer with the Farmington Police Department.

“I accepted the position and eventually became a member of the Crisis Intervention Team, a role I was quite passionate about,” said Miller. “I resigned as an officer in 2018 to pursue a career in the private sector in Information Technology.”

Miller accepted a position in 2019 with the newly-elected St. Francois County prosecutor, where he is currently employed as the office’s investigator.

“Being a police officer gave me a unique perspective into the issues facing our county,” Miller said. “I was motivated to become a police officer to give back to the community that helped raise me and to contribute as a citizen.

“After developing a solid skill set through my experience, I felt it was an appropriate time to offer my skills, vision, and ideas to the community to take us into the next era of policing,” said Miller on his reasons for seeking the office. “Times are changing, and to make sure we have an effective sheriff’s department that provides the best quality service and protects citizens from increased liability, we must adapt to these changes.”

“My experience as an officer is comprehensive,” Miller explained. “I have seen and worked for a model agency when it comes to running a detention center.

“My experience with the Ste. Genevieve County Sheriff’s Office left a distinct impression on me, and I could clearly see why it is such a highly regarded and sought-after department to work for by officers,” Miller noted. “That experience, combined with my time on patrol with the Farmington Police Department, helped me understand just how important it is that we pay close attention to how we do things as a government entity.

"Attention to detail, laws, and regulations is the foundation for continued success.

“Lastly, my experience in the prosecuting attorney’s office has given me perspective on what needs to be done to ensure an effective prosecution from the start of an investigation,” he said. “Sharing that perspective and experience with other officers and deputies can help us build a better working relationship among other agencies and put together the best cases we can for the citizens of St. Francois County.”

In regard to goals and objectives he wants to achieve if elected as the county sheriff, Miller said he would like to see a comprehensive policies and procedures manual adopted for the sheriff’s office.

“This kind of thing is so crucial to guiding deputies on what is expected of them, setting a baseline for what the sheriff’s office does and does not do, protects us from liability lawsuits, and sets the standard of what a modern and professional agency should look like,” said Miller. “Secondly, I would like to work within our budget and seek available grant funding to provide the necessary equipment for our deputies and to pay them a competitive wage in relation to other nearby agencies.

“Currently, deputies must supply their own firearms and purchase some of their own gear,” Miller said. “This, compounded with a starting wage of $14.42 an hour makes it very difficult for our county to attract and keep quality deputies that our citizens deserve.”

Miller said if elected, he would like to ensure the sheriff’s department secures a new contract with the United States Marshal’s Service to house federal inmates.

“With the recent bond rules issued by the Missouri Supreme Court in July 2019, our jail is under capacity,” he said. “We can use the space we have already paid precious tax dollars to generate revenue for the county.

“Prior to dissolving our agreement with the USMS to house federal detainees, our county received over $500,000 in funds for providing this service,” explained Miller. “You can do a whole lot with half a million dollars a year, and it comes at no cost to taxpayers here in St. Francois County.”

Miller described the approaches he would take as sheriff in communicating with members of the community.

“I think that since we live in the social media age and are clearly seeing an increased interest in how government operates, I would like to emphasize more community engagement through social media like Facebook, town hall meetings, and other methods to connect with citizens on what is important in their community,” said Miller. “The sheriff and the deputies are few in a county of nearly 70,000 citizens, so it is doubly important for us to seek them out and find out what issues they feel are most important and what we can do to problem-solve together.

“Law enforcement is a community effort,” Miller summarized. “As Sir Robert Peele, the father of modern policing, once said, ‘The police are the public and the public are the police.’ Goals such as these are common ground, and we can accomplish them together here in St. Francois County.” 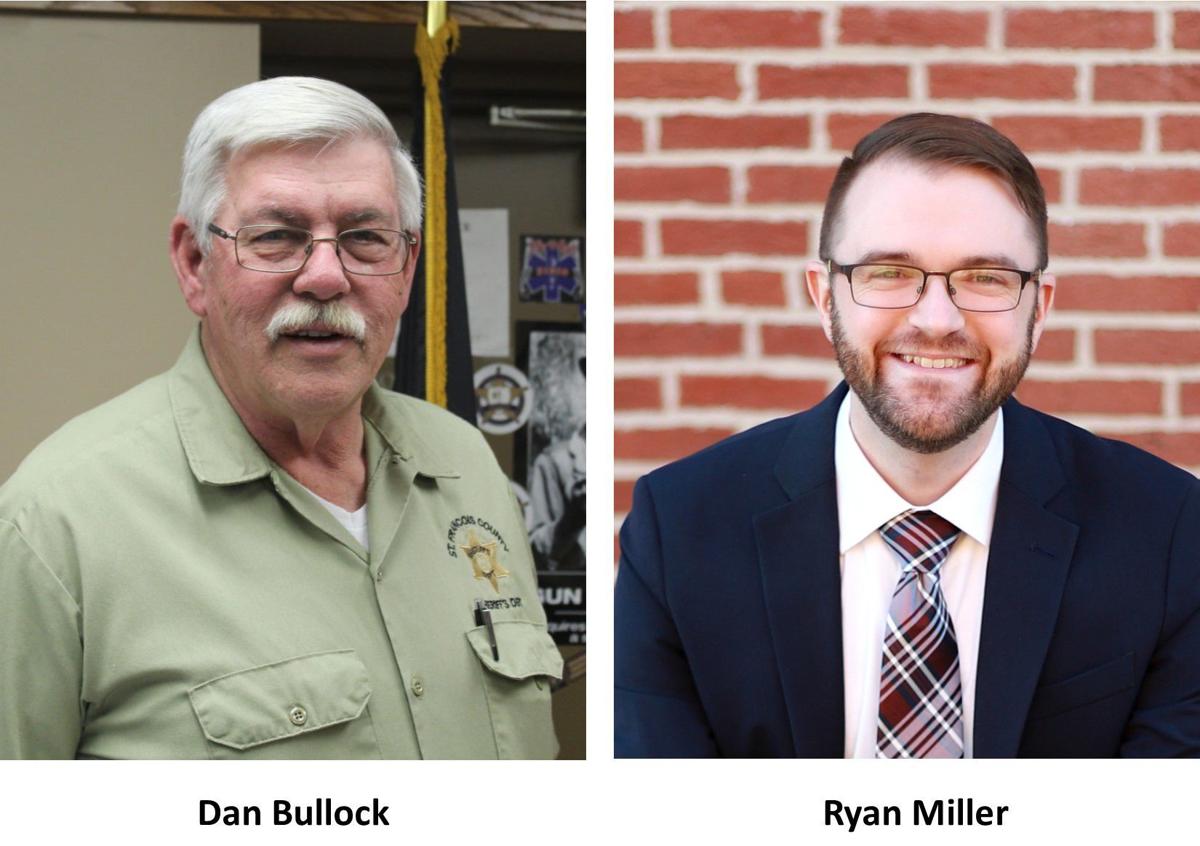 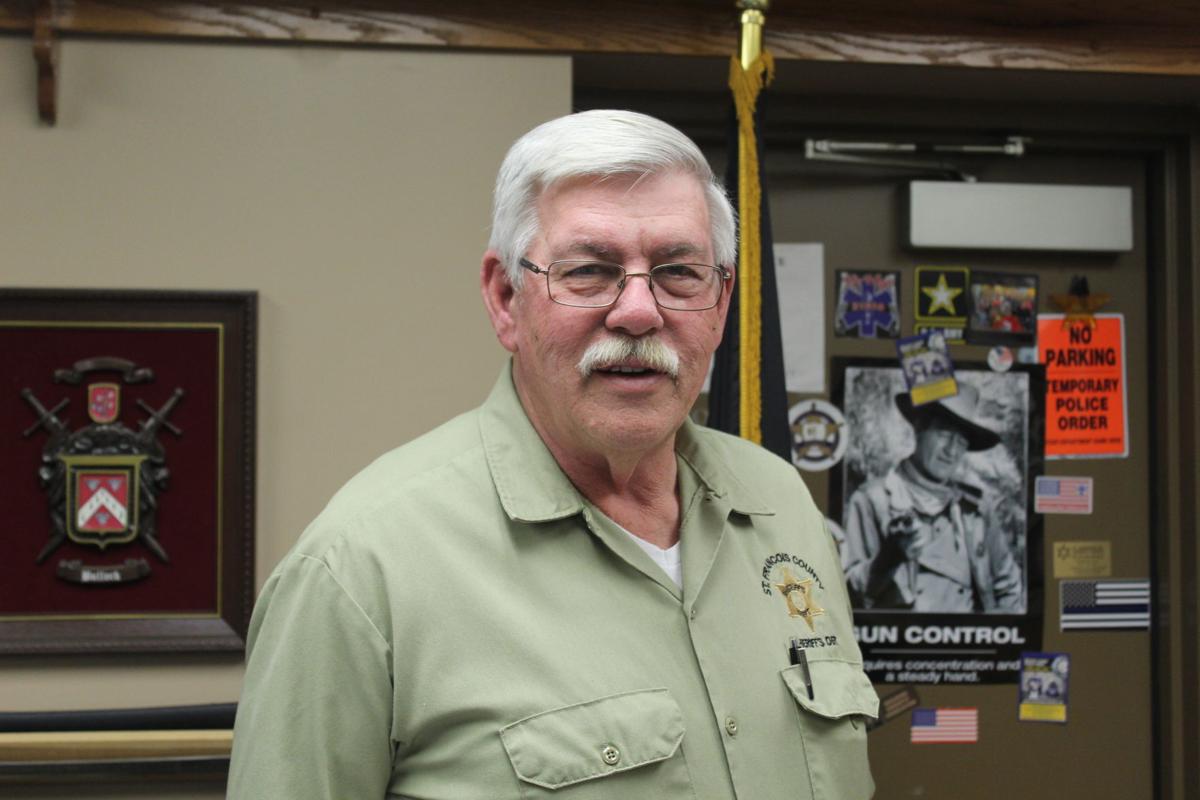 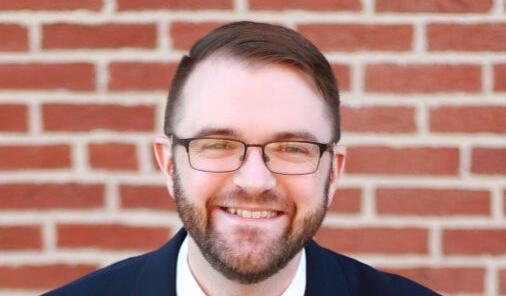