Voters will head to the polls on April 6 to choose candidates running for two open seats on the Central School Board.

Members of the board whose terms are expiring in the coming election cycle include Ronnie Calvird and David Kennard, who are each seeking re-election.

Along with the two incumbents, new challenger Shawn Geile is seeking election to the board.

Ronnie Calvird, 52, lives in Farmington with his wife, Linda. The couple has three sons, Ronnie, Ryan, and Riley, as well as four grandchildren, Willow, Remington, Ruger, and Benelli.

Calvird graduated from Central High School and has been employed at Bulk Tank Inc. for 29 years. He is a member of Esther First Baptist Church.

He said he has genuinely enjoyed being a part of the school board, and the experience has motivated him to seek re-election.

"I get a lot of personal gratification seeing our students and district continue to excel and be the best," said Calvird.

He said he feels that the relationships he has forged with students and their families is what qualifies him to serve on the board.

"Being a former graduate of Central, I have been involved with and coached many youth sports for the past 27 years in our district, and I have developed quality relationships with many kids and parents along the way," Calvird explained. "Being a board member, I can still be part of the continued growth and success of the district's students."

Calvird said his objective serving on the board would be to continue to give Central students the skills they need to get into the college or vocational school of their choice or the proper skills to enter the workforce upon graduation.

David Kennard, 34, lives in the Elvins area of Park Hills. He has been married for more than 15 years and has four children.

"Our oldest is a senior at Central High School, our two middle children are in 8th and 7th grade at Central Middle School, and our youngest is in 4th grade at West Elementary," Kennard explained. "I was raised in a military family as the second of four kids."

After graduating from Central High School, Kennard entered straight into the workforce. As a pipefitter, he completed eight years of schooling and currently works out of Plumbers and Pipefitters Local 562 with Corrigan Mechanical Contractors.

Kennard is an active member of Esther Baptist Church, where he serves as a deacon, young adult Sunday School teacher, and Kids to Christ leader.

He said his faith had motivated him to seek re-election to the board.

"I started down this path of being a Central R-III Board Member three years ago with a passion and drive to serve and honor God in all that I do and to assist in helping to keep our school board remaining a very strong Christian backboned board that will continue to make Godly decisions to put our students, staff, and administrators in the best environment to succeed," he said. "Since starting then, I am even more motivated to live my life and serve in such a way that brings glory and honor to God and be an influence upon students, staff, and our community that manifests love and positivity, brings change within hearts, and lives to bear more of the image of Christ.

"I know that is easy to say, but harder to live out, but as said by Paul in Philippians, 'I can do all things through Christ who strengthens me.' That is according to God's will and not our own," Kennard said. "It takes Christians to step up to the plate and answer the call when God says to do something, and the need for Christians to step up and lead has never been greater."

When asked why he feels qualified to serve on the school board, Kennard said, "the simplest answer is ultimately God equips the called, but I have a love and passion for kids, for being a Central Rebel, and now have three years of experience of being on the school board.

"My objective is for our district is to be a God-honoring district, and my goal after that is that Central R-III is the best district in the country," said Kennard. "From Pre-K to 12th grade, the best students, the best parents, the best staff, the best administrators, the best facilities, the best academically, the best athletic programs, and the most supportive community makes Central Schools the best place to be."

Shawn Geile, 45, has lived in the Hunter's Ridge development outside Park Hills for 20 years.

Geile and his wife Angela have been married for 18 years and share three children. His son Ethan is 24 years old. His daughter Hannah attends Central High School, and his son Luke is a student at Central Middle School.

He is currently employed as a nurse practitioner at Washington County Memorial Hospital. Geile is a member of the Elvins Ionic Lodge and the Desloge Elks Lodge. He serves as the board president for Shared Blessings and is a member of the Missouri Nurse's Association.

Geile said the changes within the schools over the past several years and a lack of accountability are what motivated him to seek election to the board.

"Over the years, I have watched as schools have changed to accommodate liberal agendas," he said. "Schools asking time and time again for taxpayer money and offering little true explanation or accountability.

"Lastly, our current Central board seeks to do away with our mascots and traditions more than 50 years old without asking its community," Geile added.

Regarding why he feels qualified to serve on the Central School Board, Geile said, "I have spent the majority of my life serving others, trying to use the gifts the Lord granted me to help those I meet each day.

"I have spent many years managing others and managing and auditing Medical Clinic affairs," he explained. "I strive to be fiscally conservative and make my decisions based on my Christian beliefs."

If elected to the board, Geile said his goals and objectives would include public transparency and accountability.

"I would strive to ensure our children's and taxpayers' needs are forefront," he said. "Each child deserves a safe and quality education. Also, the taxpayer/public should be assured that their tax dollars are well accounted for and used in our children's schools.

"Schools should not be changing policies based on every cultural change on Facebook," he added. "I believe that each pertinent school change should be made aware to the public and forums offered."

St. Francois County Joint Communications Center can now rely on a stable stream of funding, as voters determined 3,294 votes to 607, or 84% of…

In Desloge, 3 vie for mayor, 2 for Ward 3 alderman

Three candidates are vying to fill the seat of mayor in Desloge on Tuesday.

Two wards up for grabs in BT

Bonne Terre City Council has races in Wards 1 and 3 during the general municipal election Tuesday.

Park Hills voters will soon decide between four candidates seeking election as the city's mayor. The election will be held on Tuesday, and the…

Voters will pick SFCHC board members

In the April 6 race for St. Francois County Health Center Board of Trustees, there are five candidates seeking one of three four-year terms, a…

On Tuesday, Park Hills voters will cast their ballots for city council candidates seeking to represent the city's four wards. 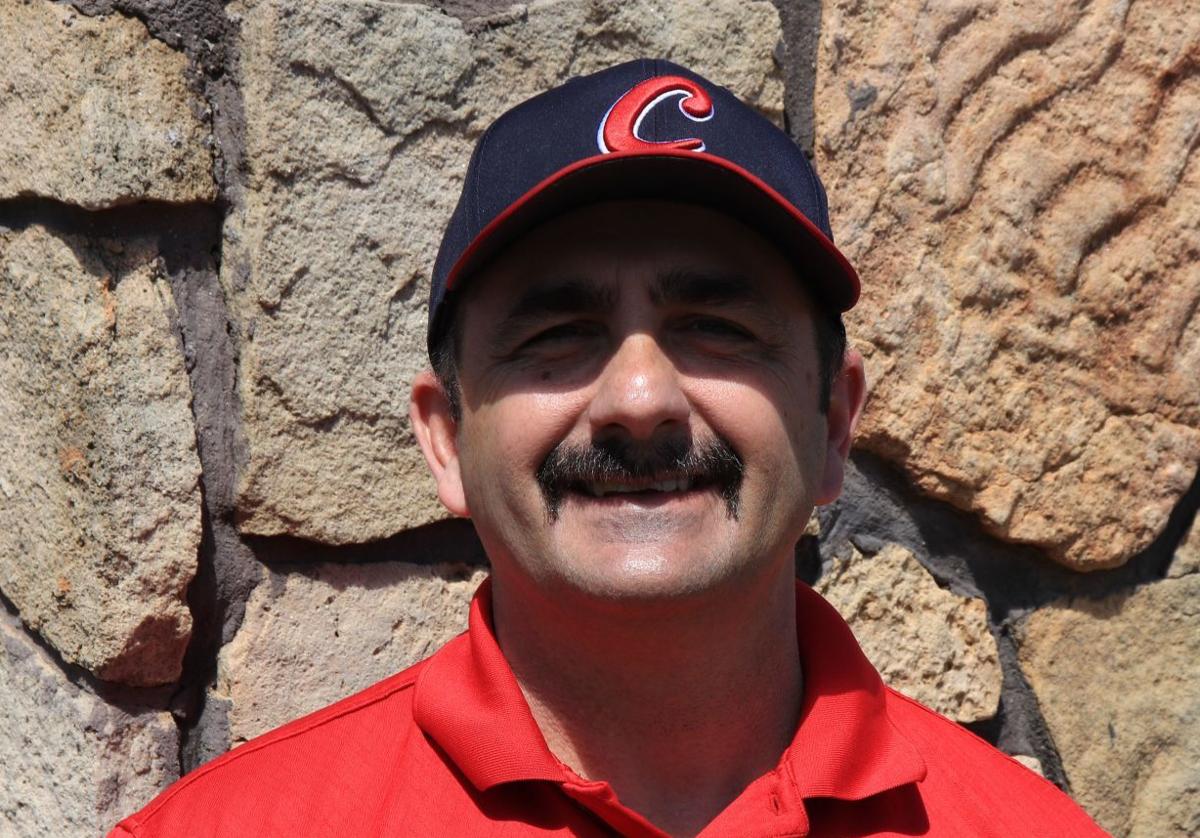 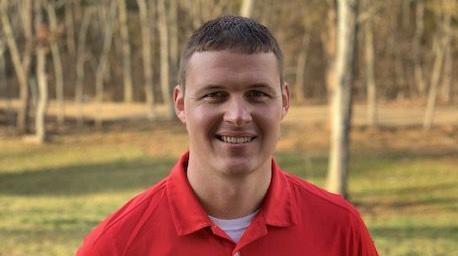 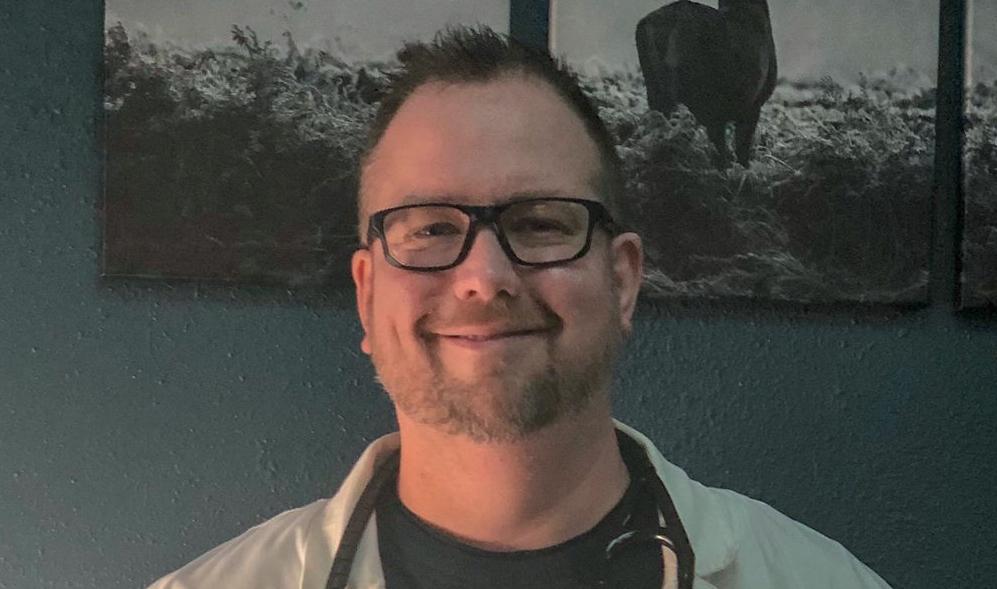