Dale Wright and Bryant Wolfin are vying for the District 116 seat in the Missouri House of Representatives in the Tuesday primary.

Wright is the incumbent. He has served one term. Both are running as Republicans and will not seek a Democratic opponent in November.

Wolfin, 29, lives in Ste. Genevieve with his wife, Megan, and their three young children Lynex, Lincoln, and Lettie.

He graduated from West County High School in 2009 and Mineral Area College with an associate degree in business management in 2011.

He and his wife own and operate BMW Convenience with stores in Fredericktown and Valles Mines. They opened their first store in 2016 and the second in 2018. Before starting his own business, he worked at BioKyowa in Cape Girardeau and Gilster-Mary Lee in Perryville.

Wolfin said his life experiences make him qualified for this position.

“I am a small business owner, proud father of three children, was the president of the Ste. Genevieve Republican Club for two years, sat on three different municipal boards, and was an alderman in Ste. Genevieve,” Wolfin said. “I have also volunteered for many non-profits. I study history as a hobby, specifically on the founding of our nation. Also, I have watched countless House of Representative sessions and have researched extensively on the rules and processes of the house to prepare myself as much as possible going in.”

He said he is running to bring a more conservative voice to District 116.

“It’s time to elect people in office that are not going to be the status quo,” Wolfin explained. “We need people who are different and are willing to be a true voice of conservatism, who are willing to not only vote for our values but step up and be voice for them. I will be that voice, and I will represent the 116th with true conservatism.”

The top issue for him is the budget, as he calls himself a “budget/deficit hawk.”

“We are blessed in Missouri to have a balanced budget amendment that holds our legislature accountable, however that does mean there isn’t fluff in our budget,” Wolfin said. “As I did on the Ste. Gen Board of Aldermen, I will scrutinize every line of our state’s budget and will have no issues fighting for actual fiscal responsibility."

Wolfin is also concerned about taxes.

“I think the majority of Missourians, myself included, feel like we are taxed to death” he explained. “Introducing spending cuts, as I did in my time as an alderman, is the first step in the process of lessening taxes. I will do everything in my power to fight for that decrease, prioritizing specifically a decrease in income tax.”

As a business owner, he said is also tired of over-regulation.

“It is the job of legislature to make laws, which I will do,” Wolfin said. “However, it is my intention to prioritize abolishing unnecessary laws.”

Wolfin said he is a political outsider with no connections to Jefferson City. He said he also is “100% pro-life” and is opposed to implementing an internet sales tax unless another tax is abolished.

He also does not support the Prescription Drug Monitoring Program.

“Mr. Wright supported and has voted in favor of PDMP,” Wolfin said. “I oppose PDMP due to privacy concerns and I am against the addition of another big government program.”

He has been endorsed by Young American for Liberty, received an AQ rating from the NRA, received a good survey from Missouri Right to Life, and a 100 percent survey from the Missouri Firearms Coalition.

Wright, 69, lives in Farmington with his wife, Denise. They have been married 47 years and have three children, 10 grandchildren, and two great-grandchildren with one on the way.

Wright's experience in the healthcare industry includes being an owner and managing partner of Actalur Group LLC in Delray Beach, Florida, a national healthcare consulting company, and an owner, chief operations officer and president of Angle Medical Solutions, a national medical distribution company based in Omaha, Nebraska.

Before striking out on his own, he was divisional president and chief contracting officer at Amerinet Inc., a national health care organization based in St. Louis, where he helped lead the company in reaching annual contract sales of $7.5 billion. He was also the executive vice president and an owner of Ni-Med Inc., a Farmington manufacturer, and led the company to grow to the 86th largest medical device manufacture in the U.S.

Before that, Wright was the vice president of sales for Health Services Corporation of America, regional vice president at Fox Meyer Hospital Supply and territory manager for American Hospital Supply. He began his career in hospital administration by working in leadership roles at Phelps County Regional Medical Center in Rolla and Mineral Area Regional Medical Center in Farmington.

Outside of the healthcare industry, he was also an owner of the Branding Iron BBQ Companies with locations in Cape Girardeau, Jackson, Poplar Bluff, and Farmington.

“I’ve had a successful career running both small businesses and large, national corporations,” Wright said. “I’ve had the privilege of working with and learning from some of the world’s premier corporations and executives and I use those for the betterment of my district and our state.”

He mentioned he’s been asked to work with Lt. Gov. Mike Kehoe, who heads up Buy Missouri, an initiative to promote products made in the state, to bring pharmaceutical and medical device manufacturing to Missouri and back from China.

Before being elected to his first term, Wright shadowed predecessor Rep. Kevin Engler during his last session.

“So I would be ready on the very first day to represent the citizens of the 116th district to the best of my ability,” he added. “With the two years I’ve served in the Missouri House of Representatives, I now have three years of experience at our state capitol, which gave me a head start over fellow incoming legislators.”

In his first term, he served on four legislative committees: healthcare-mental health, insurance, special committee on aging, and sub-committee on healthcare policy. He also had his House Bill 2315, which authorizes the conveyance of three state properties in Ste. Genevieve County from the Missouri Department of Natural Resources to the U.S. Department of the Interior, National Park Service, passed and signed into law.

He said he was also selected as a majority whip by House leadership and incoming class president by the 2018 incoming legislators.

“I was named Freshman of the Year primarily due to my legislative work in healthcare,” Wright added. “The Missouri Times named me a freshman to watch and the Missouri House leadership selected me to represent Missouri at the National Conference of State Legislatures in my first year of service to the state.”

Wright hopes to continue the work he started in the House.

“First and foremost to continue to protect the unborn,” he said. “To be an advocate in state government for the elderly, our veterans, our family farms, our workers, and those with special needs and to fight for our second amendment rights. I want to continue to represent the citizens of the 116th District so they can continue to have a strong, respected voice in their state government.”

He also hopes to make economic and healthcare changes.

“Using my work background and relationships I’ve built across the United States and the experience I’ve gained serving in the Missouri House, I want to continue to help our region grow economically by keeping taxes low, keeping regulations to a safe minimum, and bring jobs to Missouri, back from China and other low wage countries,” he explained. “Missouri is last or close to last in wages for correction officers, mental health workers, teachers, state employees, and other work classes. Our roads and bridges need updating.

“I want to see my bill become law that will provide our citizens better access to healthcare and will give them the dignity of work resulting in adding hundreds of millions of dollars back into our state budget so we can finally address these deficiencies.”

According to Wright, the most important issues for him are protecting the unborn; guaranteeing the inalienable rights declared in the first and second amendments; maintaining safe, secure, drug-free homes for our children; providing a superior education for our students and world class training for our adults; and economic stability and growth for our families, our businesses, and our communities.

He said his life, work, and legislative experience, plus his maturity set him apart from Wolfin.

“I am not a ‘firebrand,’” Wright added. “I am a true conservative willing to help all constituents I represent, regardless of race, party, nationality or gender.”

He is currently a member of the Lincoln Conservative Caucus in Jefferson City and the Republican clubs in St. Francois, Ste. Genevieve and Perry Counties. He also belongs to the Parkland Master Gardeners.

In the past, he has served on the Farmington City Council, the Mineral Area College Foundation Board of Directors, the Farmington Police Personnel Board and Missouri Community Improvement Industries Sheltered Workshop Board. He has also volunteered with Boy Scouts of America, Big Brothers Big Sisters and PTA.

According to Wright, he is the only candidate in this race endorsed by Missouri Right to Life. He has received an A-rating from the National Rifle Association and endorsements from the Missouri Cattlemen’s Association and the St. Louis-Kansas City Carpenters Regional Council.

Get Election 2020 & Politics updates in your inbox!

Keep up on the latest in national and local politics as Election 2020 comes into focus. 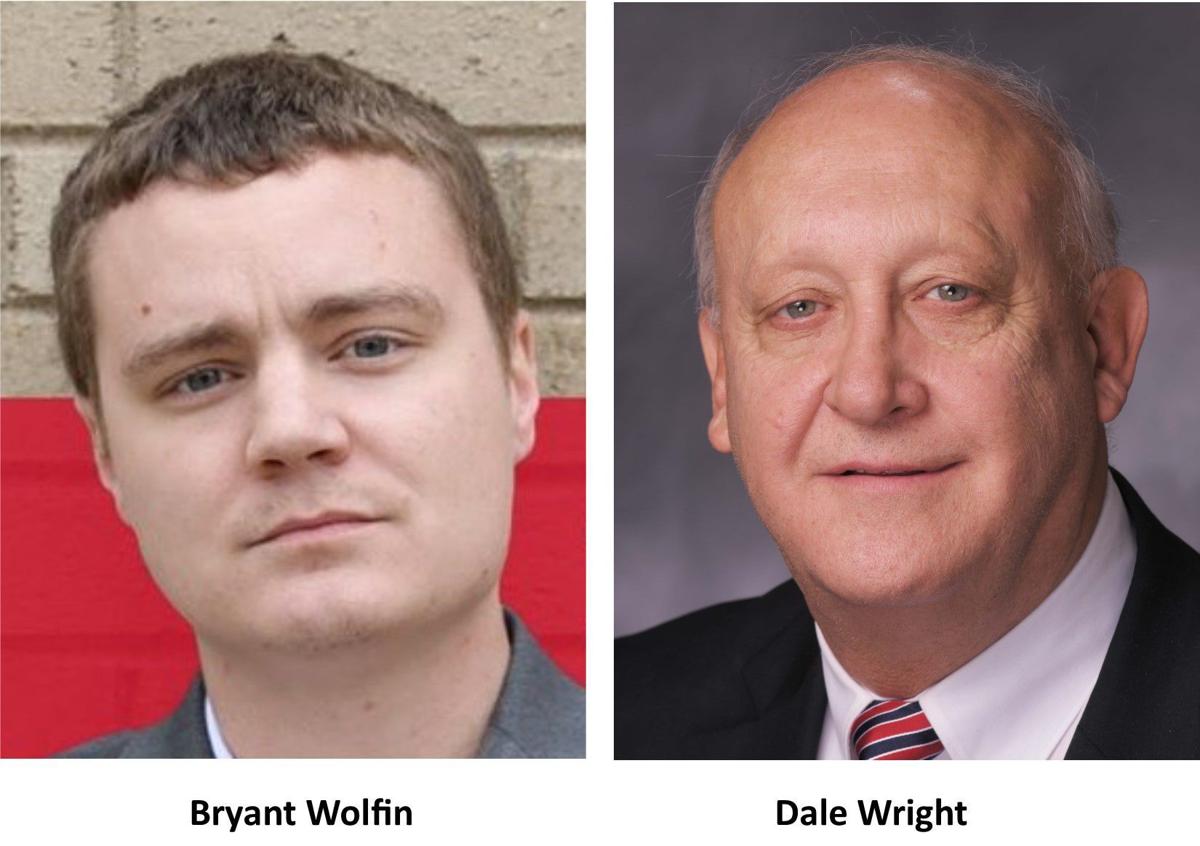 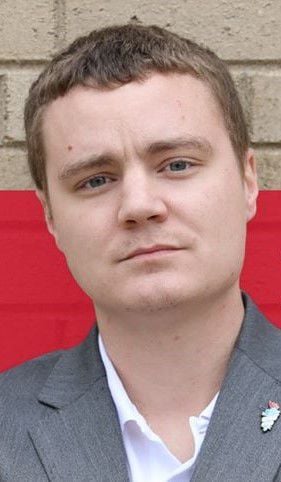 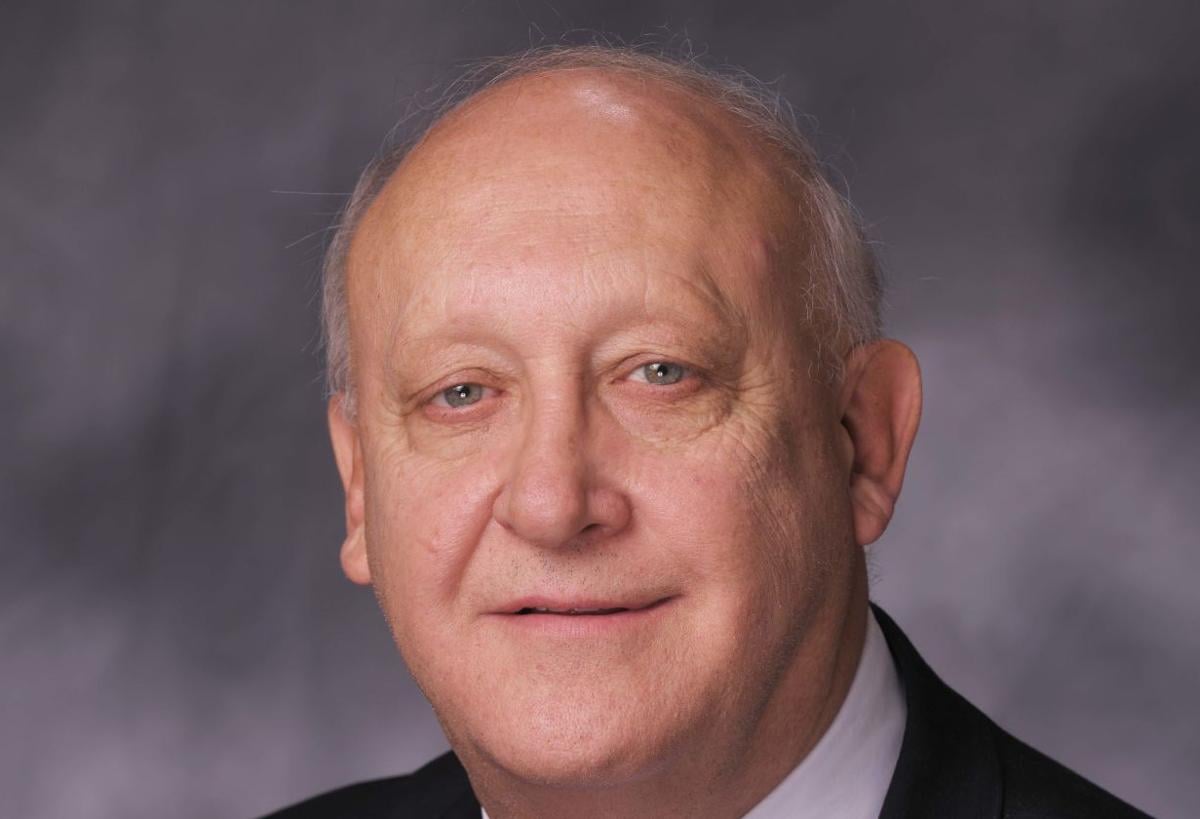