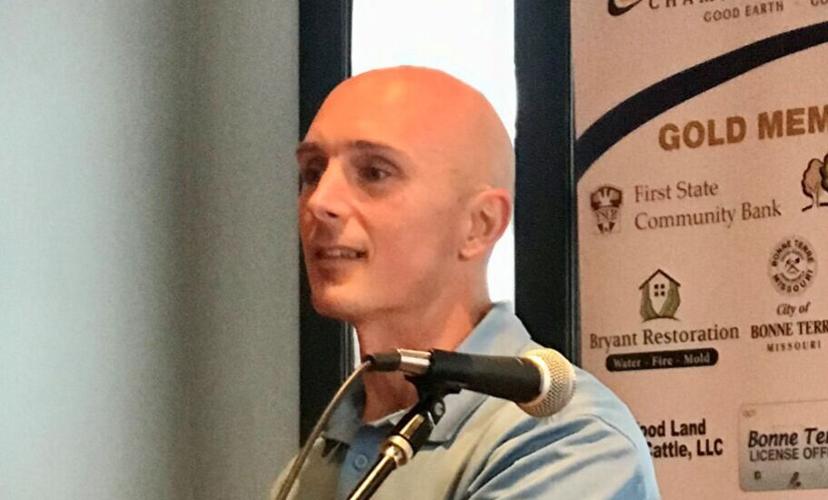 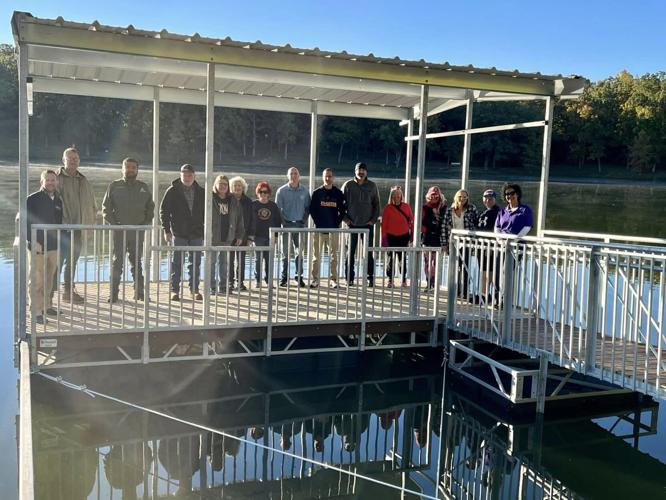 The weather has turned colder, but Bonne Terre’s building inspector/parks and recreation director, Kenny Farkas, said the city’s parks are waiting for visitors. He gave an overview on the park system to the Bonne Terre Chamber of Commerce Wednesday afternoon, assuring them the parks are worthy of year-round patronage.

In his parks and recreation capacity, Farkas oversees Bonne Terre City Park, Bonne Terre City Pool, Lakeview Park, Bicentennial Park, the Dairy Field and Veterans Park. Recently, Lakeview Park was updated with a new fishing dock and improved sidewalks, which Farkas said he hopes will continue with another grant that would finish the rest of the paved trail.

“My goals overall are to improve the parks, and I’d really like to finish paving the trail at Lakeview,” he said. “At the city park, I would love to get a couple of pickleball courts up there at the tennis court, because pickleball is pretty huge. If you've never played it, it's extremely fun. It's not as aggressive as tennis is, but it's a good time.”

Farkas said he would also like to bring more competitive baseball and softball competitions to Bonne Terre, similar to the tournament held last summer that brought in hundreds of baseball players.

“I don't know if any of you guys have kids who competed in these kinds of things, but if you have, you know the business they can bring to the cities. They are a big, big deal for kids,” he said.

A third goal Farkas shared with the chamber members involves linking all the city parks together with a well-lit walking or biking trail.

“I would like to eventually see all city parks connect somehow, it would be nice to have just one big, long walking trail where people can feel safe walking, that's lit up,” he said, noting, “that would be one of my biggest goals that I'm trying to achieve.”

Farkas said he’s learned a lot in his past year on the job. He moved to Bonne Terre about 20 years ago, having grown up in the city of St. Louis.

“Moving here was a culture shock,” he said. “But I quickly fell in love with it. Because in the inner city, you don't get to enjoy things like going outside or anything of that nature, if you can imagine. So coming down here and being able to walk down the block was a huge, huge sigh of relief for me, it really drew me in. You don’t know what wholesome is until you move into something wholesome.”

Farkas was still commuting to St. Louis to work as a production and purchasing manager for a factory, but he and City Administrator Shawn Kay coached baseball together – Farkas has three sons – and he said Kay kept asking him what it would take to lure him into working for the city. Farkas resisted until one day, the position opened up and he took it.

“Oddly enough, 20 years of driving back and forth from the city finally got to me one day, I applied, and here I am, doing what I’m doing,” he said. “I absolutely love it, because it's very fulfilling. Not that the job I had in the city wasn't fulfilling, but I don't know where these plastic parts go, or what it’s going on, or how this is making anybody's life better.

“With this job, I can see a difference.”

And he’s still learning, he said, which keeps things interesting. “I think one of the biggest things I’ve learned is patience, Shawn told me things might not happen ‘now,’ but they’ll happen ‘eventually,’” he said. “I tend to be Veruca Salt from Willie Wonka, ‘I want it NOW.’”

Farkas said he appreciates the support of the chamber, the city and citizens who really pull together to make things happen.

“All of this stuff costs money, and we do have a great community that tries to help in any way that they can to make things happen,” he said.

The Leadington Board of Aldermen met this month and the biggest issue of the night appeared to be signs, as the conversation focused on stop s…

Leadwood has officially let go of their sixth police chief in two years.

Hedgecorth questioned about request for $10k bonuses for staff

Leadwood is, once again, without a police chief.

The memory of Bonne Terre Police Department Patrolman Lane Burns and the service of Cpl. Garrett Worley were honored at the Bonne Terre City C…

Brad Van Zee, a St. Francois County resident who has a law practice based in Washington County, has been elected as the next prosecuting attor…

The Farmington City Council passed an ordinance regarding public safety during its regular session Thursday night.