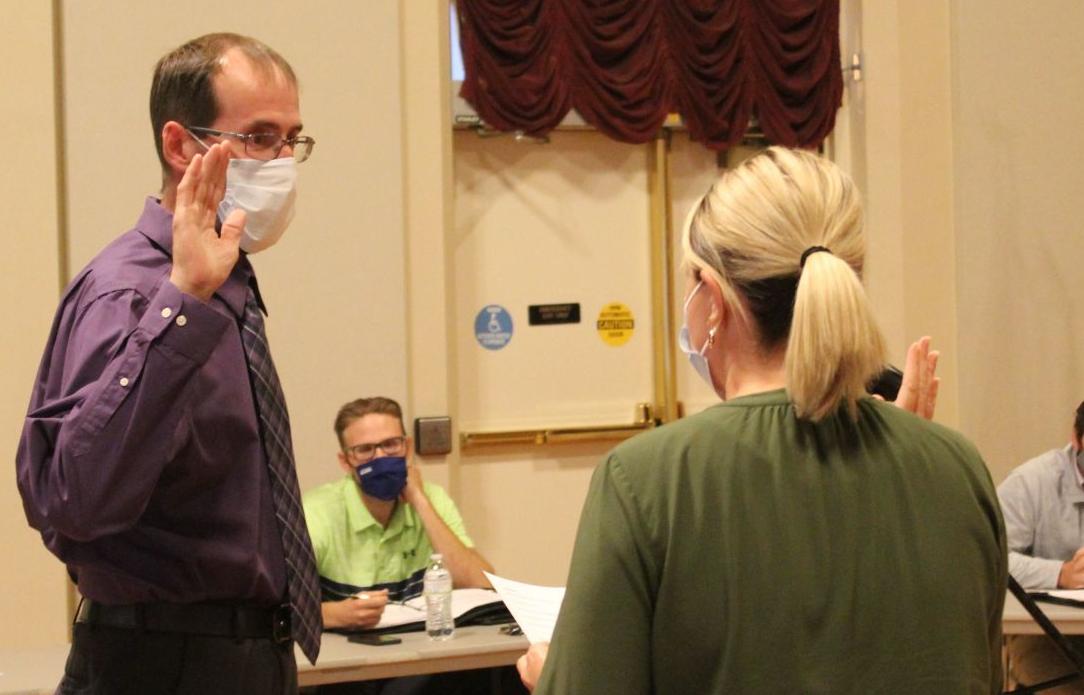 David Kennedy is sworn in as councilman by City Clerk Ashley Bischoff to replace John Robinson. 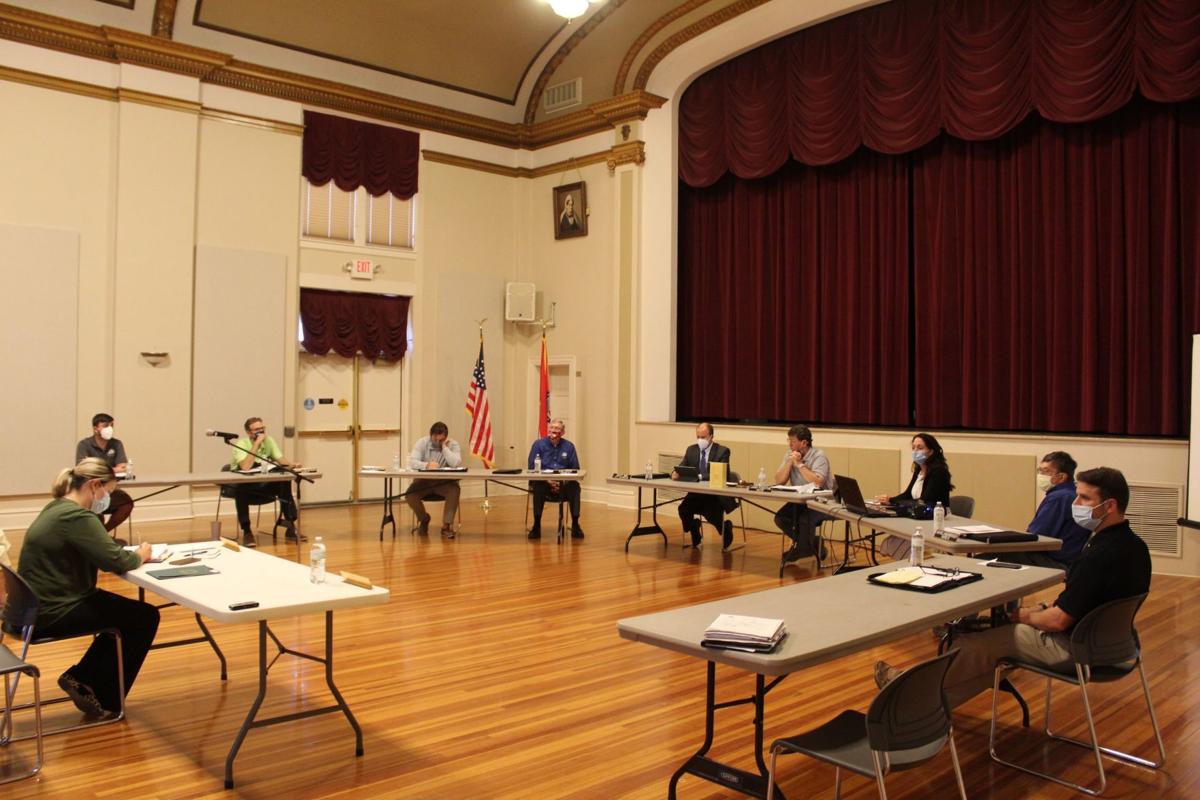 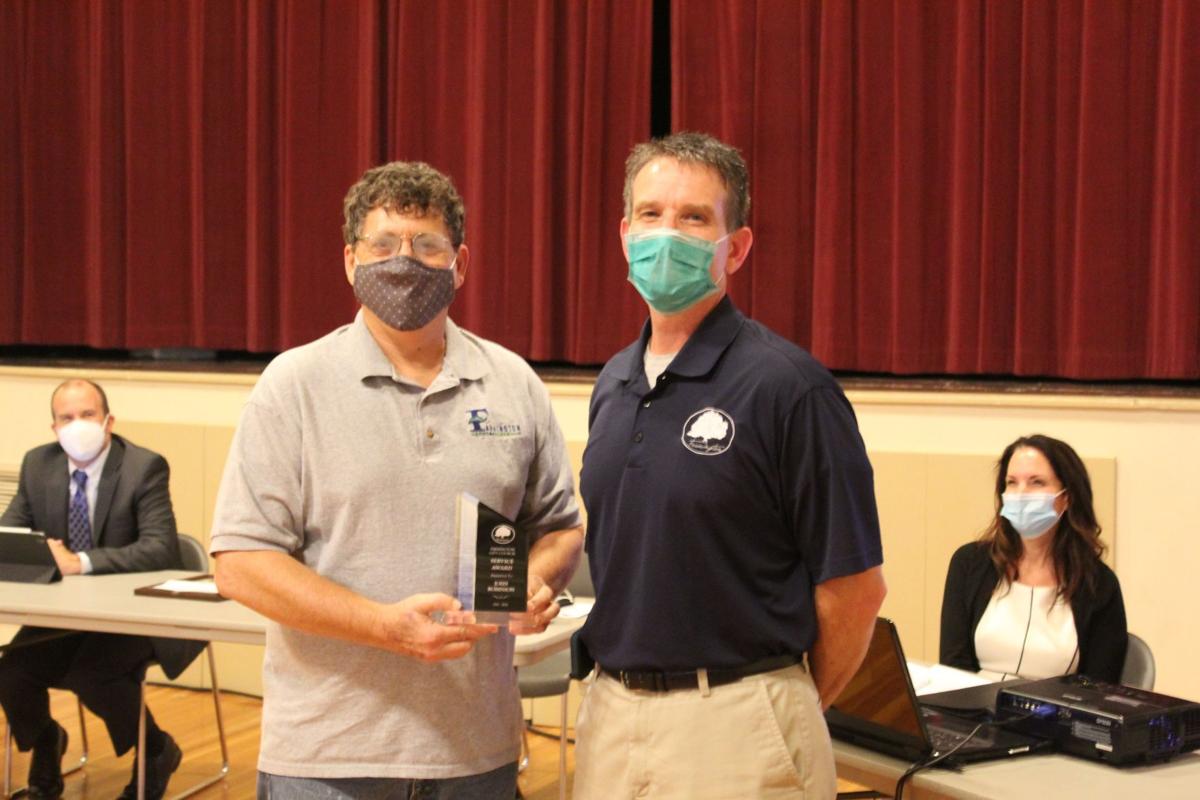 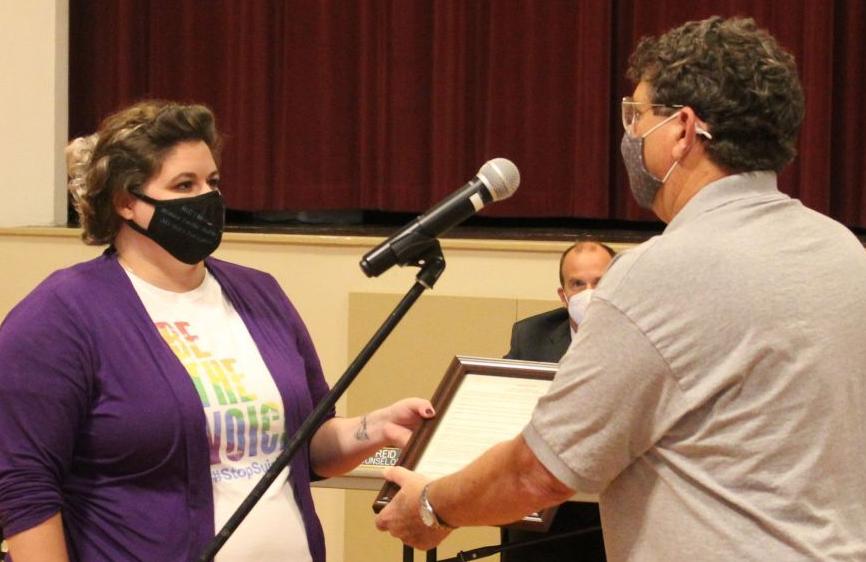 A public hearing and first reading was held on an ordinance rezoning 609 N. A Street, located behind Domino’s Pizza, from "residential" to "general commercial."

Development Services Director Tim Porter noted that the planning and zoning commission gave an unfavorable recommendation on the proposed zoning change. He explained that the pastor of the Memorial United Methodist Church and some local residents were at the earlier meeting to express their opposition. The commission voted unanimously to oppose the change.

One local resident was at the council meeting to again express her opposition to the rezoning.

“Next to Columbia Street, this is one of the oldest neighborhoods in Farmington,” she said. “It is used by a lot of people to bike, to walk, to run. Of course it’s a school zone, so we get lots of children to cross that street. I also want to remind the council people, there have been two properties, first Car Mart, the residents showed up and the residents were promised there would be no more commercial in that neighborhood. Then there was Domino’s, again we were promised no more commercial development.

“We really don’t want to see more commercial development …There’s several reasons for that. We know that once a property is rezoned, the rezone sticks with that property, so they may have a nice little doctor’s office today, but it could [later] be a bar, restaurant, a marijuana dispensary, a Dollar General Store, you name it.

"We know, too, that there’s increased traffic. A Street’s very busy because of the commercial development on N. Washington Street and Potosi Street, A Street has become a thoroughfare. It used to be a nice, quiet street … The traffic accidents have increased as the speed has increased. We know there is going to be more lighting and noise pollution, more pavement which means more runoff.”

Another area resident expressed concern about adding to the congestion issues that the neighborhood already experiences.

The council will have a second reading and vote on the ordinance in a future meeting.

City Administrator Greg Beavers discussed the complicated structure of how the city’s electric is supplied through many sources and through multiple agencies.

“Our electric utility in Farmington is about a $23 million business,” he said. “There always seems to be a lot of confusion about how we buy power. We are a member of the Missouri Public Energy Pool (MOPEP) which is 135 cities.”

Beavers explained that the city has a very diverse mix of resources. The generation of electric for Farmington comes from coal, hydroelectric, solar, wind and natural gas, along with methane from a landfill.

“As a member of Missouri Joint Municipal Electric Utility Commission, we have partial ownership of a number of energy resources,” he said. These include plants in Missouri, Arkansas and Illinois.

“There’s this myth in Farmington that we buy energy from AmerenUE at retail rate, mark it up, and sell it,” Beavers said. “The energy market doesn’t work that way. AmerenUE terminated us as a wholesale supplier in about 2000. Our contract with MOPEP became effective in 2001.”

The city does pay Ameren to transfer the energy through their infrastructure to the city to use.

Beavers addressed the customer utility cost compared to other municipalities and electric companies.

“Another myth in Farmington is that we have these super-high utility rates,” he said. “Our rates are very competitive.” He compared costs to some of the other local utility rates as an average over a year. “Ameren is only 5% below us on a monthly average bill. Citizen’s is about a third higher than we are, Black River is about 8% higher and Fredericktown is about 9% higher.”

According to Beavers, the city has not increased power rates in several years, and because of upcoming savings in transmission and generation of electricity due to several factors, he does not expect an increase in rates for the next six to eight years.

Mayor Larry Forsythe recognized John Robinson who resigned from the council due to moving out of the city limits and welcomed David Kennedy who has been appointed to replace Robinson.

Get Election 2020 & Politics updates in your inbox!

Keep up on the latest in national and local politics as Election 2020 comes into focus.

The St. Francois County Health Center Board of Trustees unanimously passed amendments to the mask mandate during Monday’s special meeting at t…

The St. Francois County Commission at their regular session Thursday further tabled a Memorandum of Understanding of salary commission and uni…

Coping with CARES Act funding was an issue for the Ste. Genevieve County Commission earlier this month at the courthouse.

Protesters’ tempers flared during the St. Francois County Health Center forum regarding a countywide mask mandate, but ultimately, the health …

General Election Day on Nov. 3 will find voters choosing a presidential candidate and other officeholders down the ballot. But St. Francois Co…

David Kennedy is sworn in as councilman by City Clerk Ashley Bischoff to replace John Robinson.