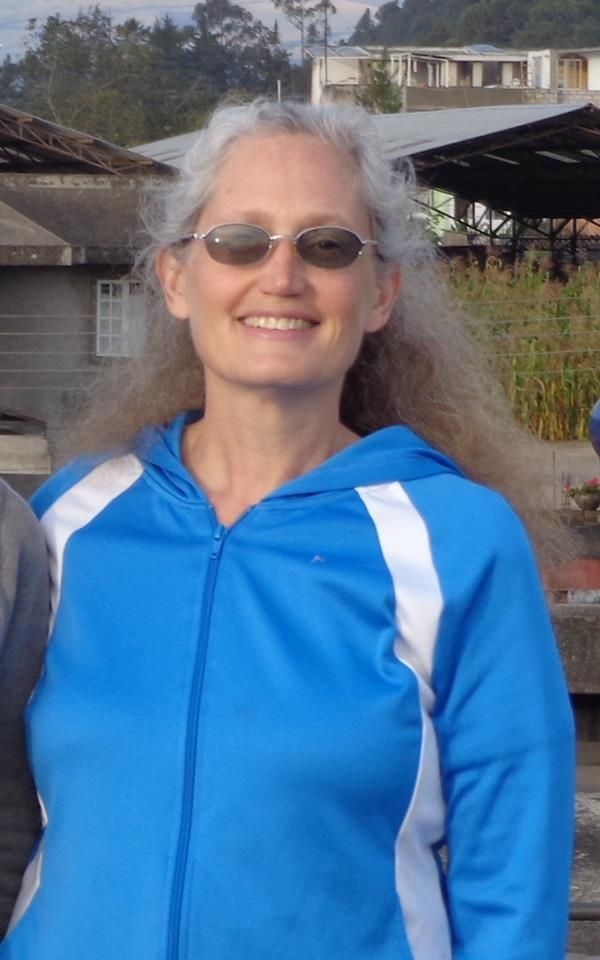 If Senate Bill 1087 is passed, it will establish an advocate for missing persons, such as Lynn Messer, and families who are searching for answers. Lobbyist Kerry Messer is backing the bill, which is sponsored by Senator Gary Romine. 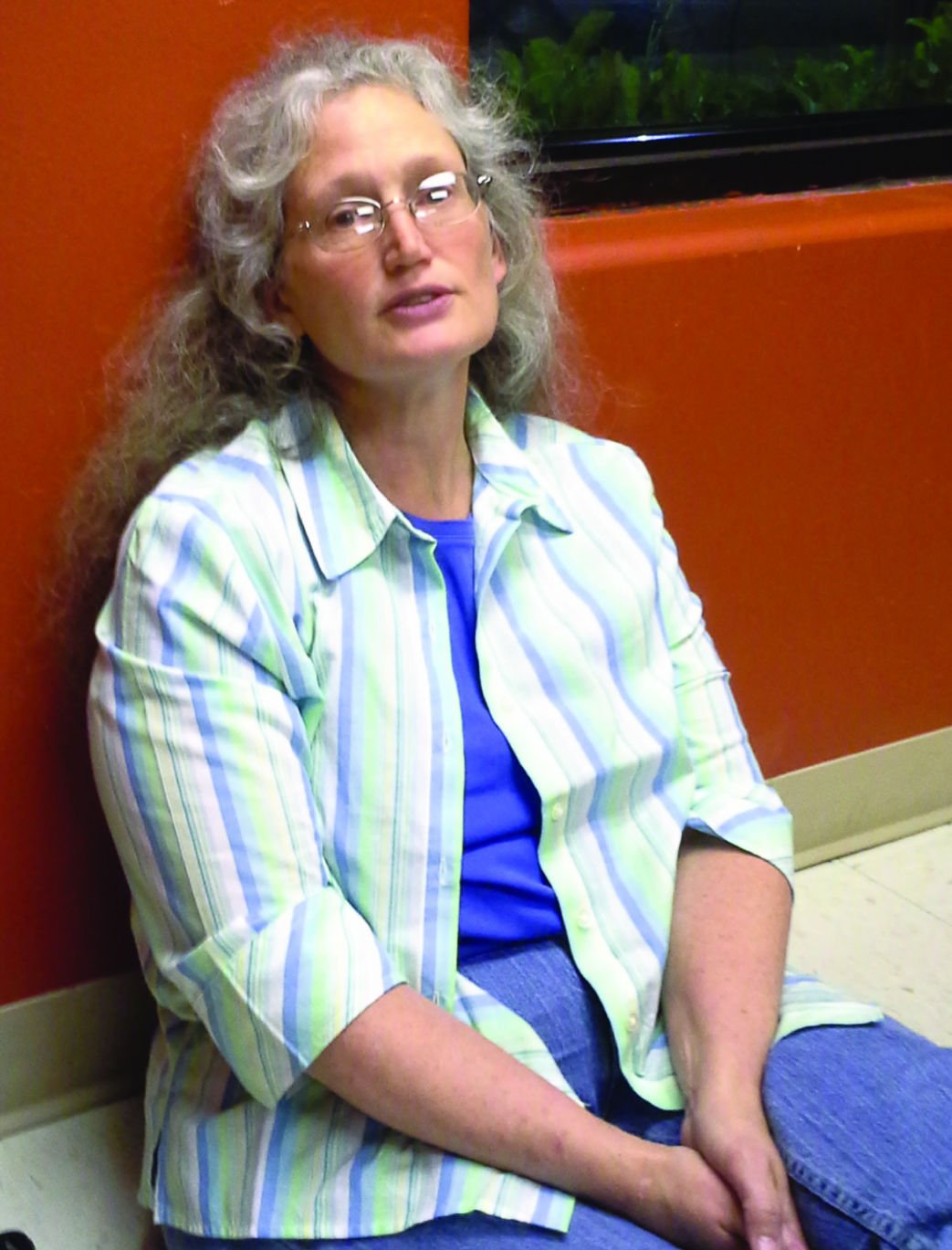 Lynn Messer has been missing for nearly two years. She was last seen at her Ste. Genevieve home on July 8, 2014.

A new bill, Senate Bill 1087, sponsored by State Senator Gary Romine, R-Farmington, and backed by Lobbyist Kerry Messer, will be heard by a Senate committee this morning.

The bill would create a new state government position and new requirements aimed at helping families cope when loved ones go missing in Missouri.

Messer knows firsthand what someone goes through when they have a missing loved one. It has been nearly two years since Messer woke in the early morning hours of July 8, 2014 only to discover his wife Lynn Messer was not in bed with him.

He got up and looked around the house for her. Unable to locate her, he then went on to search the common areas around their 250-acre farm where she could normally be found. When he still couldn’t locate her, he became increasingly concerned and called 911 to have the Ste. Genevieve County Sheriff’s Department come out to help.

Over 5,000 acres of land were searched in the months after Lynn’s disappearance and flyers were posted in storefronts and on telephone poles around Ste. Genevieve, surrounding areas and beyond. Since that morning, Messer has never given up hope that he would find out what happened that life-changing morning.

Today Messer focusses on how to help people in the same situation as him. He said he is working with Romine with a piece of legislation to see if they could create an office of missing persons advocate in Missouri to help people who have missing loved ones.

“There are two main elements to the job, one would be to be an advocate for the missing person, to make sure that everything is being done that is practical to do,” said Messer. “Also, to help the loved ones who are grieving and at their wits-ends and not knowing what to do. Help them to know what are the potential resources they could be connected to and just to help them understand that what they have done is what can be done.”

“We talk about judicial reform sometimes in public policy and something everybody has to wrap their heads around is, half the people who walk into a courtroom, walk out unhappy,” said Messer. “Because the judge can only satisfy one side of the case. In the case of long-term missing people, 100 percent of the people are upset and are scratching their heads wondering why law enforcement hasn’t found their loved one.”

Messer said there is a lot of distraught people out there who don’t know what in the world to do or where to turn. This advocate could help them to identify if there are social services needed, if there are mental health issues and if there are other social service issues that could be employed to help this person.

“The second part of it would be to address the problem that we have and all the missing person’s information is piecemealed,” said Messer. “The Missouri State Highway Patrol maintains a pretty good repository of long-term missing cases in Missouri. Missouri does better than other states, but we still have no idea how many persons in the state are not entered into that system. Nor do we have the foggiest idea of how many unidentified bodies are in government control in the counties around the state.”

Messer added there are no hard nationwide numbers on either the state or the federal level, but the agreed upon numbers federally is somewhere between 90,000 and 110,000 long-term missing cases. Yet half of them, somewhere between 40,000 and 60,000 unidentified bodies are in government control right now.

“It is no one’s job to put two and two together,” said Messer. “Half of the long-term missing cases in this country and in Missouri could be solved if we could just have everything entered into a searchable database. Where the two sets of information on missing persons and unidentified bodies are entered in it and could be compiled in a way that could be compared.”

He said there is some newer legislation on the federal level. Messer said if they can get this missing persons advocate, one of the jobs is going to be to go county by county to make sure all the information on missing persons and or unidentified bodies is entered into a searchable database.

“Right now that is not happening, we have no confidence that is being done consistently,” said Messer. “We know the majority of the missing person’s cases have been entered into one of two systems, but we have no idea about the unidentified bodies. To my knowledge we would be the first state to create such a thing.”

In state legislation, the committee is required to have a public hearing, after which time they can vote on the bill. They can do it right away or they may wait some period of time before they do it, but they would have to vote on it at some point. When it gets an affirmative vote, then the bill gets turned in and could be put on the calendar for the full senate to consider.

“That is what our goal is, to get it through that process, then we have to go to the house and go through that same process again there,” said Messer. “I came up with the idea. There are missing person’s private organizations around the country and they are basically organizations created by people who have gone through the grieving process who either had or still have loved ones who are missing for many years.”

“They want states to require these agencies to enter this information and I have been asked if we could do this in Missouri,” said Messer. “Some people have figured out that I am a lobbyist on top of everything else. I have looked at some of the proposed bills floating around the country and what I have come up with is, you are not going to pass a bill that will force law enforcement and medical examiners to do something additional to what they are already required to do.”

Messer said at least not without also handing them employees and paying their employees to do it.

“You can’t do that financially, so my idea is to create an advocate office with just a couple of people and then prescribe to that office,” said Messer. “One of the things they will do is start working with these different organizations and families. Then that government agency can come back to the legislature and say, OK here is what we need to really get this job done right for people.”

Messer added in other words, get someone who is appointed by the governor and confirmed by the senate, someone who can rise above the emotions and all the distraught grieving that is going on, someone who can think clear, work with law enforcement, work with grieving families, work with social service agencies and make some determinations that make sense and will work for everybody.

“If we can get this going, then we would want any database work being done out of the advocates office to be able to be plugged straight into any federal systems,” said Messer. “There is NamUs system (National Missing and Unidentified Persons System), a CODIS system (Combined DNA Index System) and potential for some new databases coming out of new federal legislation at some point.”

Messer said they would want this office to be able to prepare all of this so it is ready to plug in and all the data be shareable to go into a federal system. He wants to get a jump on it and not sit around and wait for the federal government to create something.

“Missouri has been a leader on many issues in the past and this would be another area where Missouri would be a leader,” said Messer. “Senator Gary Romine has been very gracious to carry the legislation.”

Thousands of Jewish worshippers flock to the Western Wall for Sukkot

Thousands of Jewish worshippers flock to the Western Wall for Sukkot

Skeletal remains were found on the Messer farm at the junction of Route DD and Dry Fork Road in Ste. Genevieve County early Tuesday evening ar…

2 p.m. UPDATE: The Ste. Genevieve County Sheriff’s Department and the FBI are still out at the Messer farm located off Route DD near Dry Fork …

6 p.m. UPDATE: Sheriff Gary Stolzer said this is still an ongoing investigation and they do believe the skeletal remains found are those of Ly…

Skeletal remains were found on the Messer farm at the junction of Route DD and Dry Fork Road in Ste. Genevieve County Tuesday evening around d…

If Senate Bill 1087 is passed, it will establish an advocate for missing persons, such as Lynn Messer, and families who are searching for answers. Lobbyist Kerry Messer is backing the bill, which is sponsored by Senator Gary Romine.

Lynn Messer has been missing for nearly two years. She was last seen at her Ste. Genevieve home on July 8, 2014.