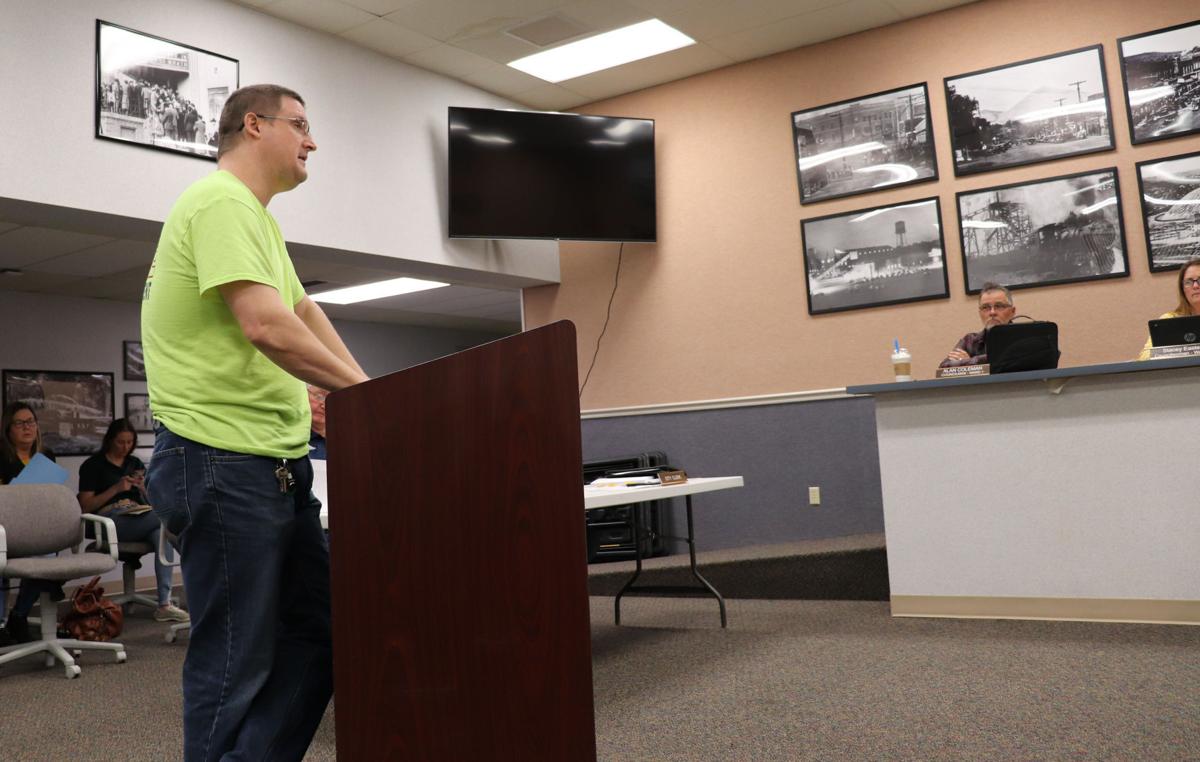 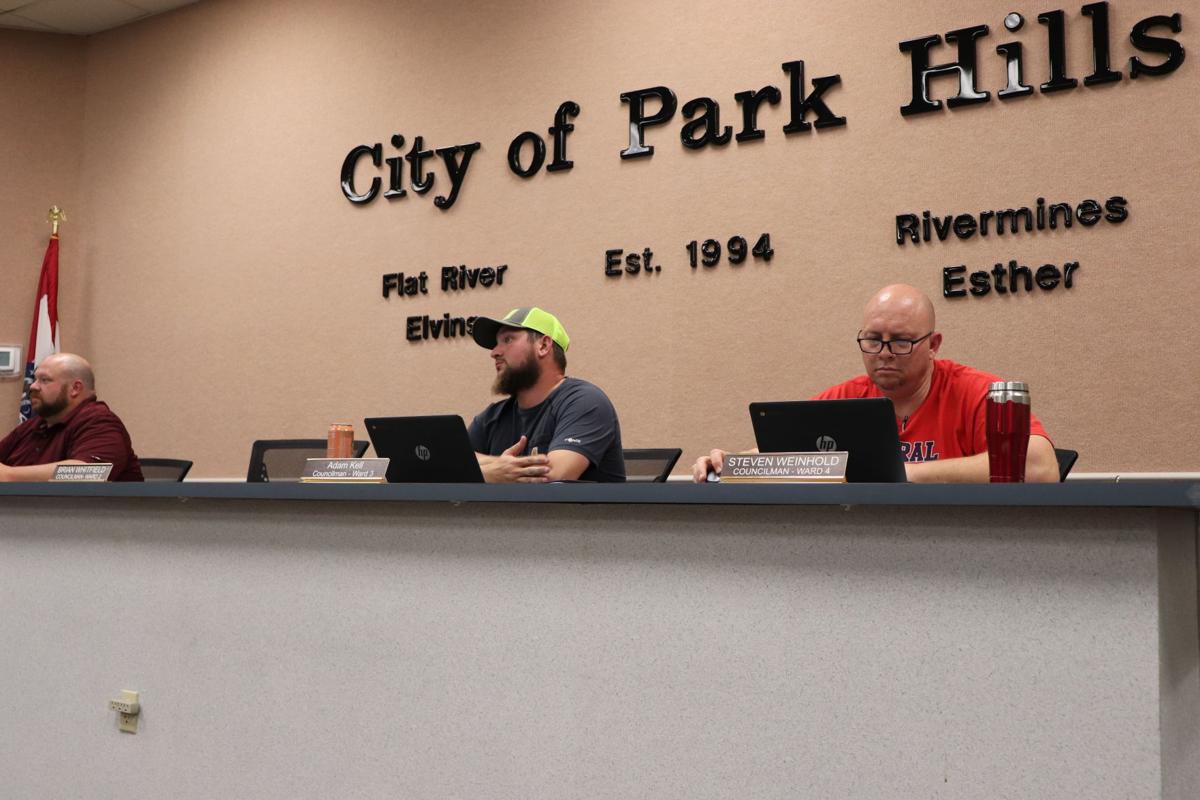 Members of the Park Hills City Council approve the purchase of a truck for the city's code inspector, as well as a new water jetter for the Water/Wastewater and Public Works Departments. 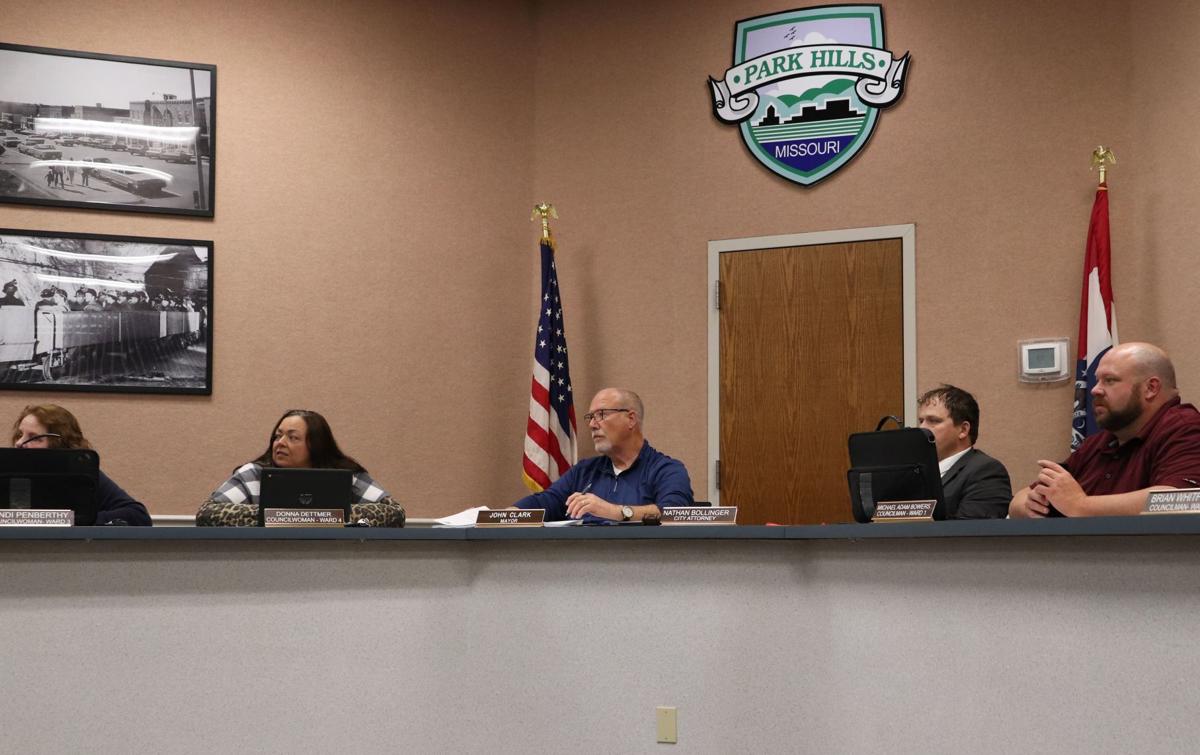 The Park Hills City Council discusses taking the first steps in replacing the city pool by requesting quotes for a new design and installation.

The Park Hills City Council met this month for their regular session where members approved purchases, redevelopment in the Downtown area and took the initial steps in the process of replacing the city pool.

Council members passed an ordinance this month authorizing the purchase of a 2018 Nissan Frontier V6 pickup truck for use by Code Inspector Ray Robertson for inspections. The city will purchase the vehicle from Bommarito Chevrolet-Mazda South for the price of $25,889. A city-owned 2011 Chevrolet Impala was declared as surplus in the ordinance and will be used for a $2,000 trade-in toward purchasing the truck.

Another purchase was approved, in a separate ordinance, for a Vactor Ramjet Jetter for use by the Water/Wastewater and Pubic Works Departments. The water jetter is used for the powerful cleaning of sewers, drains, pipelines, and culverts.

City Administrator Mark McFarland explained that the city's existing water jetter was still working but needed extensive repairs, making the purchase of a new machine a more sensible option. He said the city sent out requests for bids to four companies and only received one back. The water jetter will be purchased from Coe Equipment Inc. of Rochester, Illinois at the cost of $49,486.

The council accepted an agreement with Leadbelt Materials, Inc. to pave the alley behind 514 E. Main St. (the commercial plaza next to the building where Family Video operated). Paving the alleyway will cost the city a total of $6,895.

Moving on, the council approved a redevelopment agreement with Hulsey Properties for Tax Incremental Financing (TIF) District 4. The agreement allows the company to use TIF funding to improve some of its commercial properties in the Downtown area.

In their redevelopment proposal, Hulsey Properties stated they intend to utilize the TIF funding for beautification efforts on their blighted properties located on Main Street.

"Rae Coles Coffee Shop and City View Lofts will have a new concrete patio and landscaping, the proposal explains. "The Magic Shop will get new windows to replace old, outdated and broken windows. Hulsey Properties storefront, Not Just Comix, and the Slauterhouse [Craft Parlour] will get new signs, windows, paint, decking, and parking lot.

"Lastly, Scoops will get new doors and windows, new awning, repairs to the brick façade, and signage," the proposal states. "Each of these properties has these existing elements that are old, broken or outdated and we are looking to increase our face value and make Main Street of Park Hils as appealing as when everyone cruised the main drag."

During the meeting, the council also passed an ordinance allowing two 15-minute parking spaces in front of The Soap Lady Hart of the Wash store located at 310 W. Main St. The measure was requested by owner Dena Hart, whose customers often have to carry heavy containers of laundry products to their vehicles. The ordinance allows the enforcement of 15-minutes parking in the two spaces in front of the building between 8 a.m. and 5 p.m.

Next, the council agreed to allow the swimming pool committee to send out an RFQ to companies and get quotes for replacing the existing pool.

"This is us sending out our requests for design-build teams to design it and show us what we can get for our money," said Ward 1 Councilman and Pool Committee Chair Adam Bowers.

Bowers mentioned that some of the possibilities the committee wanted to look into included replacing the existing pool, constructing a lazy river, providing zero-entry, and installing water features in the zero-entry area. Bowers said additional water features could consist of a water slide, basketball goal, and splash pad. He said what would ultimately go into the project would be determined after the initial information is gathered.

"So yes, there's a whole lot to this list," said Bowers. "That's our broad scope. And what are we actually going to be able to afford; that's where the design and build team comes into play."

Weiss said last fiscal year's fire department budget was $132,000, of which the department used approximately $124,000. The department collected $37,615 in fire tags, 93% of what they were expecting after the fire district was rezoned. They were also awarded a $2,000 grant, which has been used in the current budget year. Weiss said they plan to apply for the grant again, and it would be used in the coming year if granted.

The chief said he wanted to give the council an idea of how many hours the firefighters spent at the firehouse during the past year.

"Our crews spent 2,634 hours just to retrain," Weiss said. "The new program that we use started in April, so that is 2,600 hours since April that our firefighters have spent at the station.

Weiss explained that firefighters had spent 1,645 hours on calls. The statistical data showed the majority of the calls in the city occurred between 11 a.m. and 11 p.m. On average, Saturdays and Tuesdays have been the busiest days for the department, while Friday and Sunday were the least busy days for fire calls.

Currently, 38% of the department's calls are EMS or medical-related, with 49% of calls being fire or rescue related and the other 13% falling under miscellaneous categories.

The chief noted that the department only responded to one rural structure fire that did not have a fire tag, and they had received full payment on that fire.

Administrator McFarland spoke to the council about a request from Mineral Area College to dedicate Dixie Kohn Drive as a city street to allow traffic enforcement.

Dixie Kohn Drive runs through the campus from front to back and is currently a private roadway. The college has an agreement with the Park Hills Police Department, providing a police officer for campus patrol. Declaring Dixie Kohn Drive a city street would allow the officer to enforce traffic laws and city ordinances on the roadway.

City Attorney Nathan Bollinger drafted an agreement, which has been sent to the college for review. McFarland said he was confident that the college would accept the proposed agreement terms, and the matter would then be brought back to the council for a final vote.

With the St. Francois County seal being in the international spotlight recently for its “bad design,” the contest to design the new official s…

Williams readies to retire after her term

St. Francois County Collector Pamela Williams, who has been in office since 1995, is making plans to retire in 2022 at the end of her term.

The Bonne Terre City Council, at its Monday meeting, held a public forum beforehand in which infrastructural plans were discussed and prioriti…

Due to public demand, St. Francois County Presiding Commissioner Harold Gallaher announced Tuesday that the county is looking at doing some re…

St. Francois County is in the spotlight all over the globe after recent criticism on Reddit led to officials announcing this week that they wi…

The Leadwood Board of Aldermen at the December meeting discussed several bids, the transition of the city court to St. Francois County oversig…

Usery to run for county collector

With the retirement of St. Francois County Collector Pamela J. Williams next year, a new candidate has announced her run for the office.

Members of the Park Hills City Council approve the purchase of a truck for the city's code inspector, as well as a new water jetter for the Water/Wastewater and Public Works Departments.

The Park Hills City Council discusses taking the first steps in replacing the city pool by requesting quotes for a new design and installation.