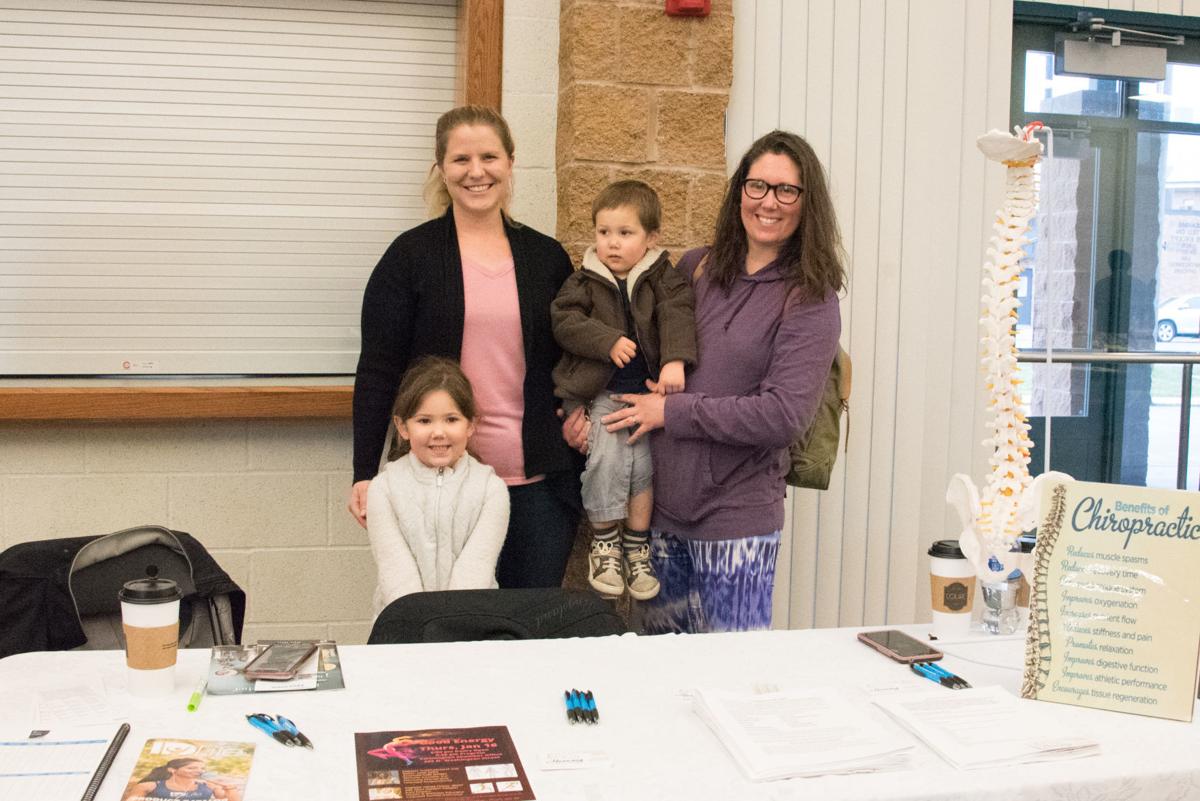 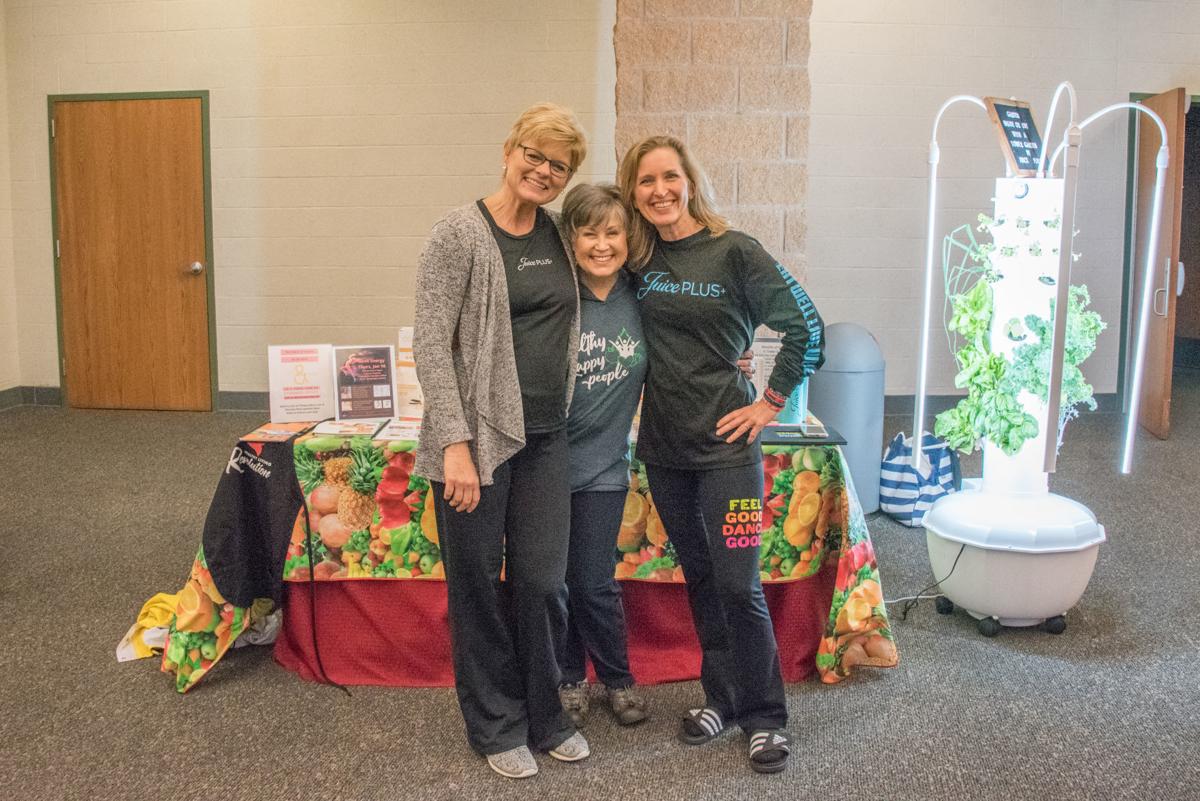 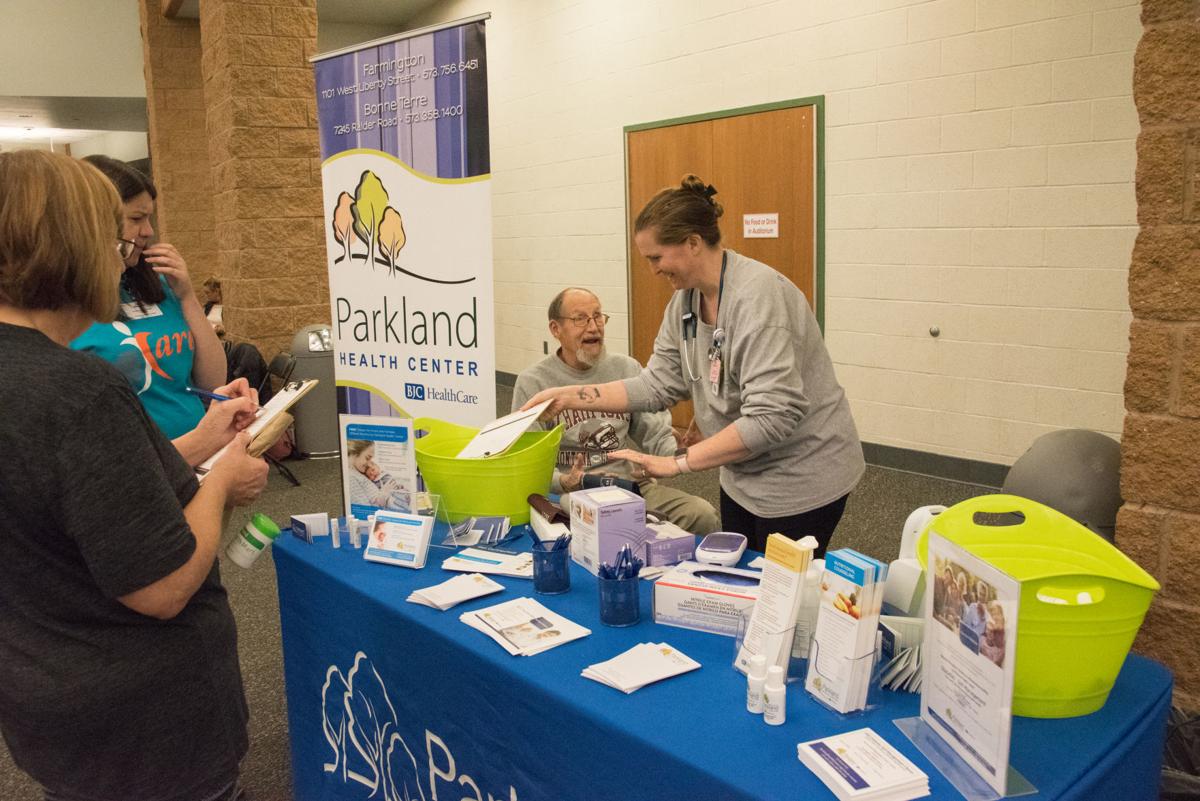 The Farmington Civic Center was full of community members Saturday who are ready to make 2020 a year to be fit, physically, nutritionally and mentally.

"Fit Farmington is a citywide initiative to get people to focus on their health and we have three areas: nutritional fitness, physical fitness, and then mental and emotional fitness," Fit Farmington Organizer Julie Powers said. "What we are wanting people to do is to create better decisions for themselves and their families every day in those areas so that they can live their healthiest lives and happiest lives."

Powers said the kick-off event marked day one for the entire city to start using #FitFarmingtonMO. She said community members can get involved by posting photos of healthy meals, hikes, using area parks or just being active on to social media pages such as Twitter, Instagram and Facebook and then using the hashtag.

The initiative which is a project of the City of Farmington was not a budgeted item but instead was made possible by the volunteer efforts of event coordinators Powers, Cindy Sebastian and Dawn Fuemmeler.

"We decided to help the city kick off this initiative because it meant a lot to us, we want people to be the best versions of themselves," Powers said. "If we have a healthier community then we are going to have a more productive community. We are all going to get along better because we are getting more done and we can feel better about it. We can be better humans."

"There are so many different aspects of our lives that people don't even think about what all is involved," Powers said. "But emotional fitness is just as important as nutritional fitness. People who look physically fit aren't necessarily nutritionally fit, it's all of these things."

All three coordinators are passionate about fitness and teach courses at the civic center. Powers teaches Zumba, Sebastian teaches Aqua Zumba and Fuemmeler is a substitute for both of them.

"We have this passion about making people understand that they have the responsibility to take care of their own bodies because we only get one, that's it," Powers said. "You only have one place to live so if you don't take care of it you're not going to be living your best life."

"These are a compilation of 30 different vendors that have something to do with providing resources, tools or products that are good for you, that can help you live a happier healthier life," Powers said. "It's not like a big event where people are going from booth to booth trying to get all the free stuff. They want to know like what does Qdoba actually offer that is healthy to eat, what about eye health because that is important."

Powers said they had not been sure how the event would turn out with the event in January and the possibility of weather but the turn out was great.

After the vendors closed at 2 p.m. Isaac Hallock pulled together some talented local musicians to offer free live music in the theater.

"Music is so good for us and it serves such a vast number of things in the body emotionally," Powers said. "It fills up our soul and makes us happy."

Then at 3 p.m., author of Masters Masterpiece Diane Burton took the stage for Feast2Live.

"What I want is that people's hearts will be touched and they will make the decision to take action to have a healthy body," Burton said. "It's what it's about because it is the only body we have and it's a gift from God and I believe we should take care of it. We are his masterpiece."

Powers said the sponsors each made a monetary donation but beyond that they have each agreed to hold a free public event throughout the year. She said each month of 2020 one sponsor will hold an event continuing Fit Farmington throughout the year, with the first event being City of Farmington Parks & Recreation's event.

"Next month in February, on Valentine's Day, is Parkland Health Mart Pharmacy," Powers said. "They will have an event at the pharmacy that will be heart health and they are going to be giving away hugs for that emotional fitness."

"It's just spreading love which is what we try to do," Berghaus said. "We don't just give out pills at our store. We want to treat the whole person. Just like what this is all about is treating the whole person."

Berghaus said you can not be physically fit if you are not mentally fit.

"There is science behind it," Berghaus said. "There are a lot of studies that say if you have hugs every single day, it just helps to relieve that stress and increase the endorphins and just make you a happier person."

The remainder of the sponsors will follow suit with a new event each month.