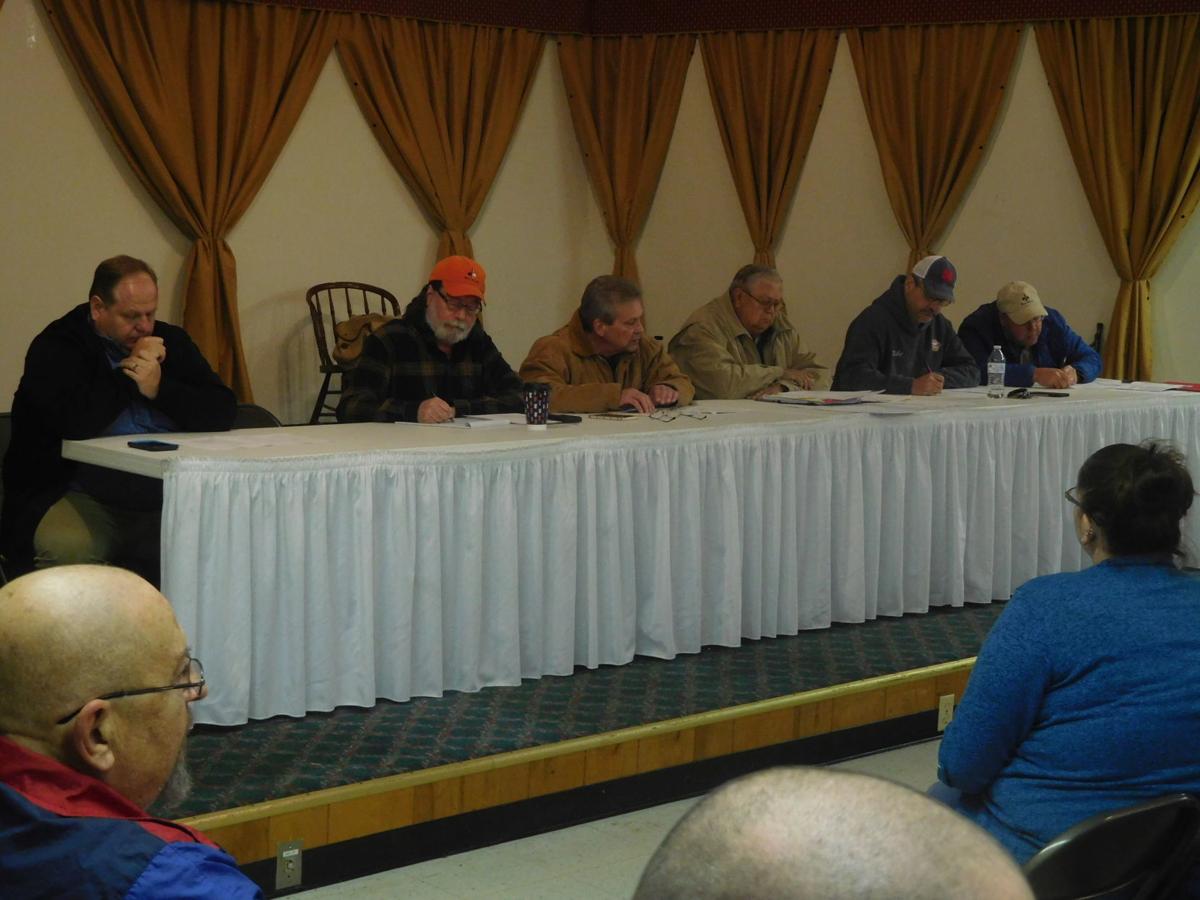 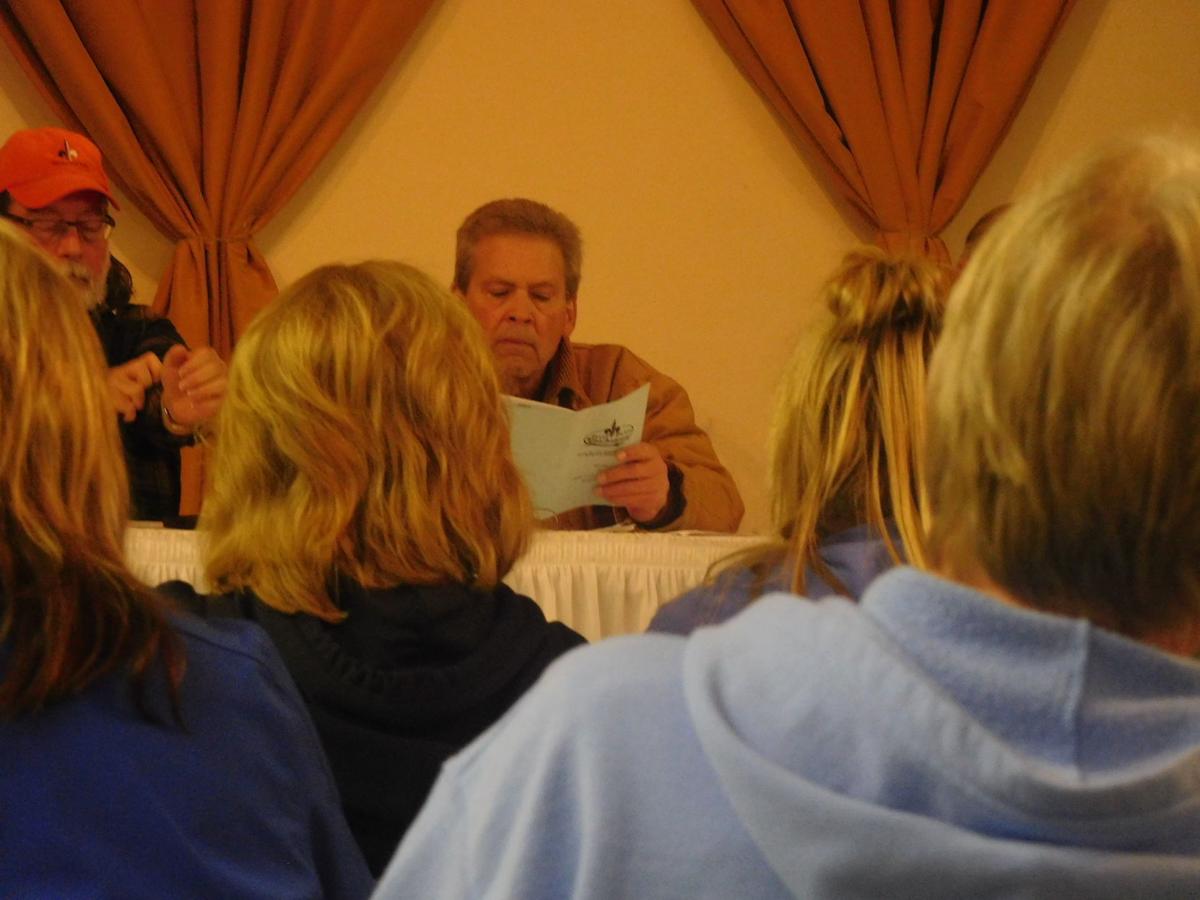 Terre Du Lac Board President David Ruble resigns along with Bob Brown. Brown's cause for resignation is reportedly due to medical reasons while the exact cause for Ruble's resignation is unclear.

Terre Du Lac Board President David Ruble resigns along with Bob Brown. Brown's cause for resignation is reportedly due to medical reasons while the exact cause for Ruble's resignation is unclear.

A nearly full room of about 100 people, often loud and antagonistic to each other, witnessed the Terre Du Lac Owners Association board meeting in which a controversial ballot was certified.

The divided audience asked Board President David Ruble many questions about the recent recall ballot and an alleged altercation he had with a board office secretary.

More than 160 residents had signed a petition to start the recall ballot process of three board members after General Manager Lori Pope was terminated during a closed session meeting. A total of 2,800 ballots were mailed out on Feb. 21 and were due back to the association office on March 16. The votes were counted Monday.

“All three directors were retained,” Ruble read to certify a recall ballot that could have ousted himself, member Bob Brown and member Gary Keithly.

When Ruble moved to certify the votes, a member of the audience asked, “Was there a recount on those votes?”

When the same member of the audience challenged the response, Ruble raised his voice. “Hey ... You weren’t in the room, so you do not know.”

Ruble, Keithly, board member Cary Combs, who is the developer, and member Mike Miller voted to approve the certification. Brown was not present.

Board member Mike Tilley opposed the approval and board member Adam Hector did not vote.

Tilley qualified his no vote by saying that it was customary that with under 10 percent of a difference on the vote that it should be counted by different eyes.

“But that has been refused,” he said.

The vote was certified and there was to be no recount.

After that, a member of the audience asked another question. “Mr. President, my understanding is that in March you got into an altercation with [a board association secretary] in your office.”

“This is not the place for this question,” Ruble said.

When asked if after the meeting during the public questions section was appropriate, Ruble consented, “That’s fine.”

Later in the meeting, Tilley introduced a motion to remove Ruble as president “based on numerous violations of the bylaws.” The audience clapped and was told to behave by Ruble.

“It’s not removing him from the board, just from the office as president,” Tilley said.

Tilley asserted that the executive section on the first meeting of the year violated a bylaw.

“Section 8, item H.,” Tilley said, “would read that ‘the board’s duty is to contract for the maintenance and care for the association property and to employ personnel to perform the services required for proper administration of the purposes of the association.’

“With the removal of the General Manager (Lori Pope), I believe that constitutes a violation of that. That we now have no one in place taking care of that, and that’s our duty of the board to make sure those things happen as they have in the past.”

Another member interjected that Ruble had a police report filed against him for conducting an act of aggression against a staff member.

“Missouri, by statutes, says that a board member can be removed for no reason or with cause not listed in the bylaws. And I think act of aggression against our office ladies constitutes a …” the board member began.

“There was no act of aggression,” Ruble dismissed. “Police reports happen every day.”

“You’re supposed to be protecting the community, not attacking the ladies,” an audience member said.

Tilley said “I suppose I would add the acts of misconduct as far as I’m concerned [violate item H.]”

“I’m tired of all this crap,” said Ruble.

“Then resign,” someone in the audience said.

Hector looked over the bylaws and came to a conclusion.

“And I’m reading ‘H.,’ and I don’t think I agree with [Tilley that it is violated,]” Tilley said.

“But I will say,” he said. “Mr. Ruble, I don’t agree with how you treat people at the office.”

There was no second and the motion to remove Ruble failed.

After the meeting was adjourned, Ruble stood up.

“Now is time for the public session, and I’m not staying,” he said.

In contrast to what he said earlier that evening, he walked out and the audience booed.

To the five board members left, an audience member asked a question. “What’s your definition of misconduct by a board member?”

He asked specifically of what constitutes misconduct, and if the police report filed against Ruble qualified.

“You were there,” he pointed to Combs, who acknowledged it.

The man who asked the question read from the alleged police report which stated, “On the Seventh [of March] there was a disagreement between our president and [a secretary]. Mr. President wanted to express mail to Mrs. Kwon her vote, which costs a lot of money.

“Nobody else gets that privilege. She advised him that’s not the right thing to do and they got in an altercation. He was yelling at her and screaming at her, and she yelled ‘Get away from me.’ He kept standing right on top of her all the time. She asked him repeatedly ‘get away from me,’ and it got so damn bad she had to call the chief to come upstairs. It got so bad that he shoved a cabinet into her.”

People representing both sides of the argument got into a back-and-forth discussion.

“Why didn’t the people vote him out, then?” somebody asked.

"The people have spoken, why can’t we just move on?” another said.

“They approved [the ballot,]” someone said. “Sit back down.”

“Why don’t you run for office?” another audience member asked.

When the man with the report asked Combs what he witnessed, Combs said, “I didn’t quite see it the way it was described.”

“What I’m saying is,” said the man with the report, “is the president has a temper problem. This is the second time he’s cussed someone out.”

The audience argued for a few minutes until the board called attention.

“You’ve made your point thank you," Miller spoke. “I for one am waiting on the outcome."

“People in this country are innocent until proven guilty,” he said. “It may become something we need to act on. I don’t work in hypotheticals and we don’t know what happened.”

St. Francois County Prosecuting Attorney Melissa Gilliam said that an assistant prosecutor and an office investigator had interviewed the victim and decided not to pursue any charges.

On Thursday, the Daily Journal contacted Ruble to ask about the allegations made during the meeting but he declined comment before hanging up.

What people need to understand about this is their was a recall because some people did not get who they wanted into office and an employee was eliminated so seems like retaliation from things. Is the person this happened to telling this story, I doubt it. Sad because that is a great place and people are pulling out all the stops to remove someone that is trying to help make decisions for the community and they keep causing havoc and won’t let the board do what it was voted in for in November.