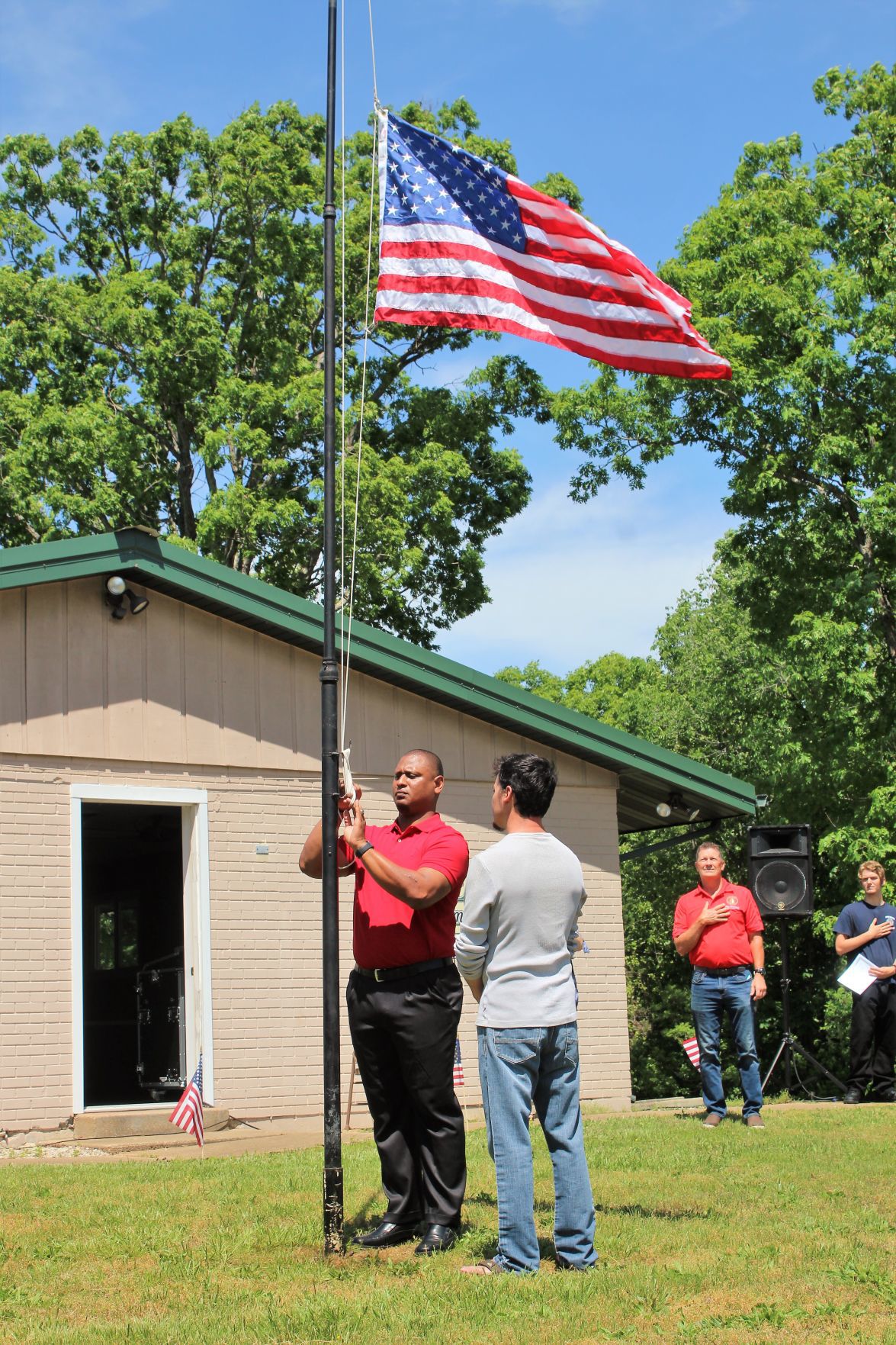 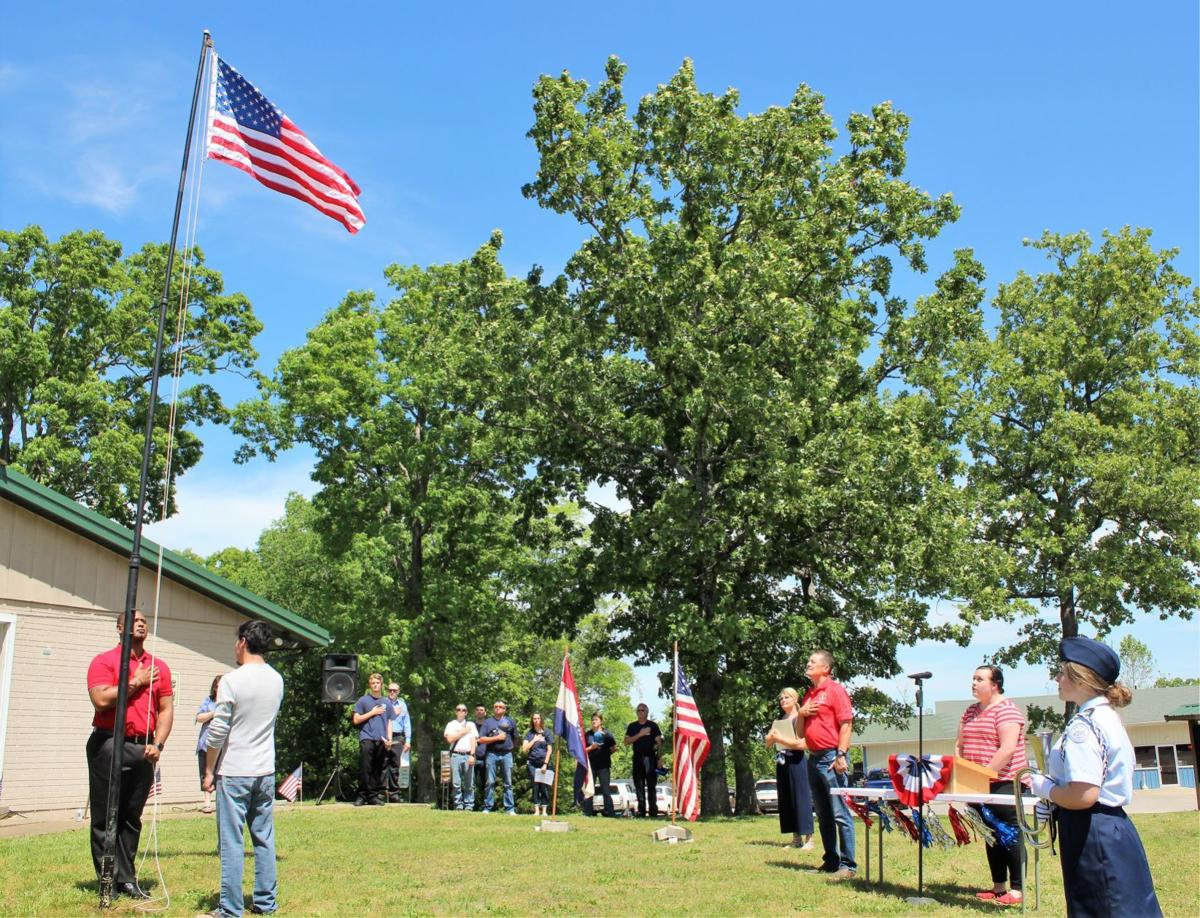 A new flag was raised over the Terre du Lac Fire Department in a special ceremony on Saturday. 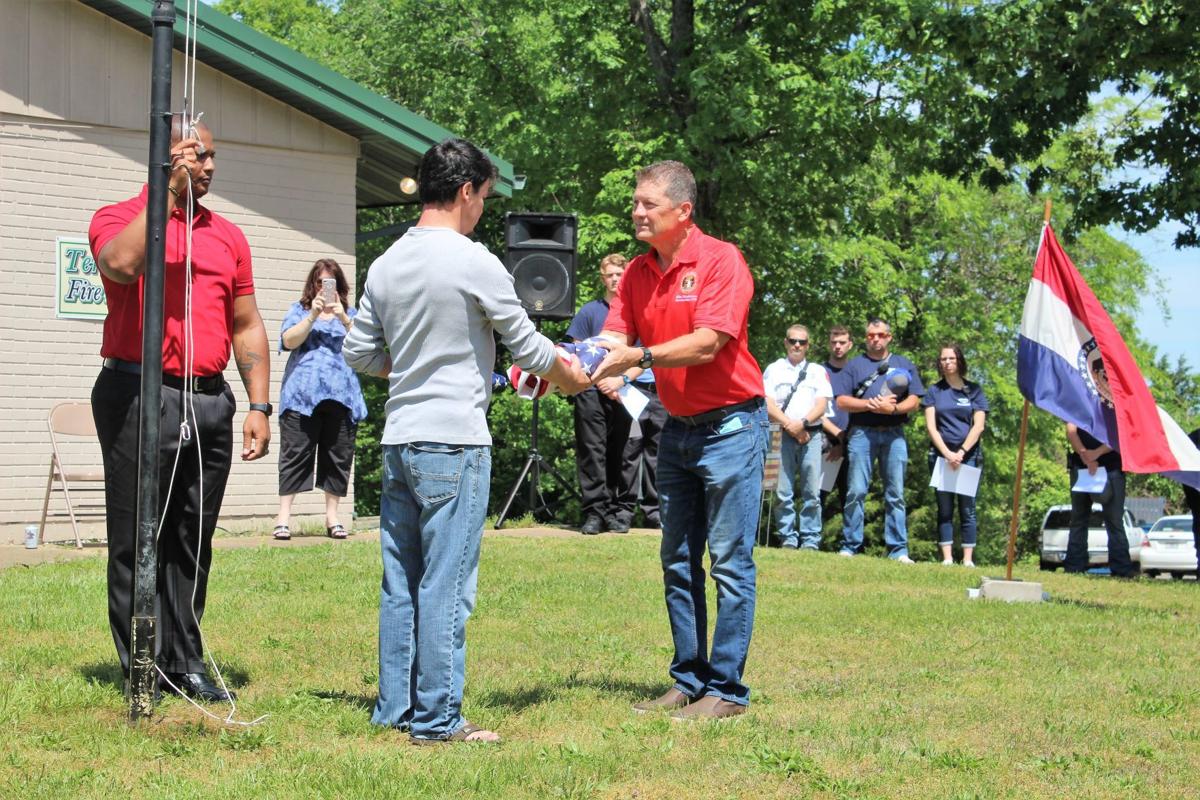 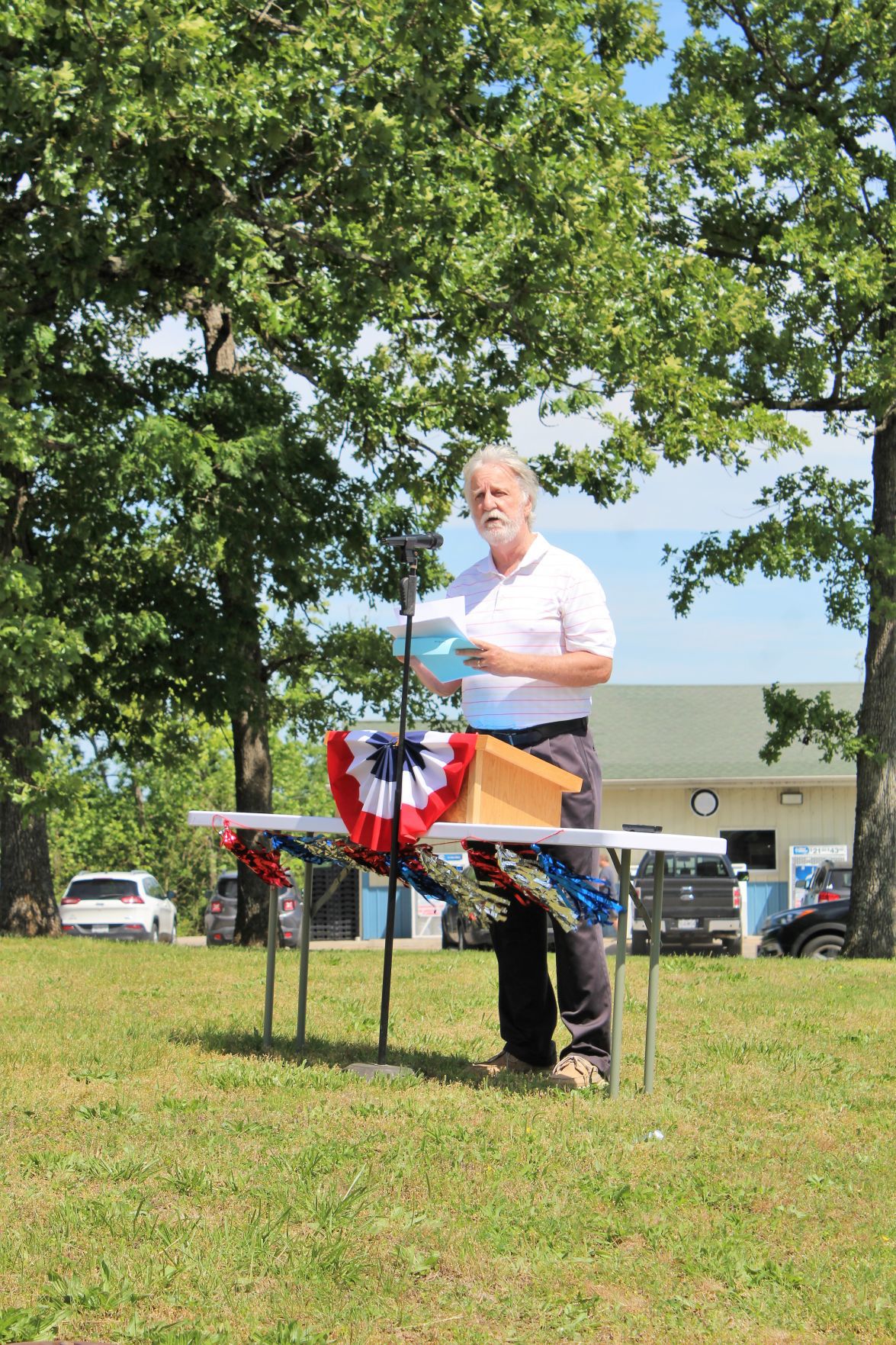 Retired US Air Force Major Dan Harris was the guest speaker for the flag raising ceremony on Saturday at the Terre du Lac Fire Department.

To kick off Memorial Day weekend, the Terre du Lac community came together Saturday for a flag-raising ceremony at the fire department to honor those who gave their lives in service to the US.

Terre du Lac resident and retired US Air Force Major Dan Harris was the guest speaker at the ceremony.

“Memorial Day is the day we recognize and honor all of those who have given their lives in the service of our great nation,” Harris said. “As he dedicated the cemetery at Gettysburg in 1863, President Abraham Lincoln called this the ultimate sacrifice.”

Harris served in the Air Force from 1976 to 1992. He started his career as a missile combat crew member for the Minuteman-III Intercontinental Ballistic Missile Force. After three years, he was selected to attend undergraduate pilot training, where he flew the T-42, T-37, T-38, C-130 and the C-21 aircrafts. He served as a pilot and instructor pilot in the C-130.

He also served a tour in Europe in command and control and current operations in the 322nd Airlift Division at Ramestein Air Force Base in Germany and he was an exercise planner on the Military Airlift Command Inspector General staff at Scott Air Force Base.

“Memorial Day gives us an opportunity to remember and reflect on the sacrifices that were made, which led to the innumerable freedoms we now enjoy,” Harris said. “Every Gold Star family knows the reality that our way of life has been shaped and made possible by those who have served, and by those who were lost. As the red stripes in our flag remind us, we shouldn't forget that our liberties came with a high price. Many Americans have shed their blood to guarantee these freedoms.”

“I'd be remiss if one more time, I didn't say thank you to the veterans who fight for our rights and those who have died, which is who we're trying to recognize today, those who have given their life for our country,” Henderson said. “And just remind everybody of one thing that I think is very important, they died to give us the freedoms that we have. And those freedoms can't be taken away, only we can give them away. And I think ceremonies like this make us realize just how important those freedoms are we have here that are found in no other country in the world.”

Former Terre du Lac police officer Ignatius Damier, who served in the Army National Guard from 2008-2017, and Jonny Rasto, who served as a staff sergeant in the US Marine Corp infantry from 2001-2009, retired the old flag and raised the new one.

“We sometimes find ourselves taking for granted the flags which fly over every school, court of justice, government buildings, many businesses, and of course, every military installation due to our very busy lives,” Harris said. “We sometimes forget the reason our flag is there and what it represents. Our flag of the United States of America is filled with vivid symbolism of our almost 244 years of history, sacrifice in the defense of freedom and unity among all nations.”

Allen Baronovic ended the ceremony by leading the attendees in a moment of silence and a prayer.

The Farmington VFW also helped with the coordination of the event.

Certificates were given at the event to recognize former and current military members, as well as first responders and healthcare workers.

“Well, I don't know about you all, but I think I had chills through that entire ceremony,” event organizer Melissa Patt said. “That was an absolutely beautiful service.”

A new flag was raised over the Terre du Lac Fire Department on May 23 in a special ceremony for Memorial Day.

A new flag was raised over the Terre du Lac Fire Department in a special ceremony on Saturday.

Retired US Air Force Major Dan Harris was the guest speaker for the flag raising ceremony on Saturday at the Terre du Lac Fire Department.