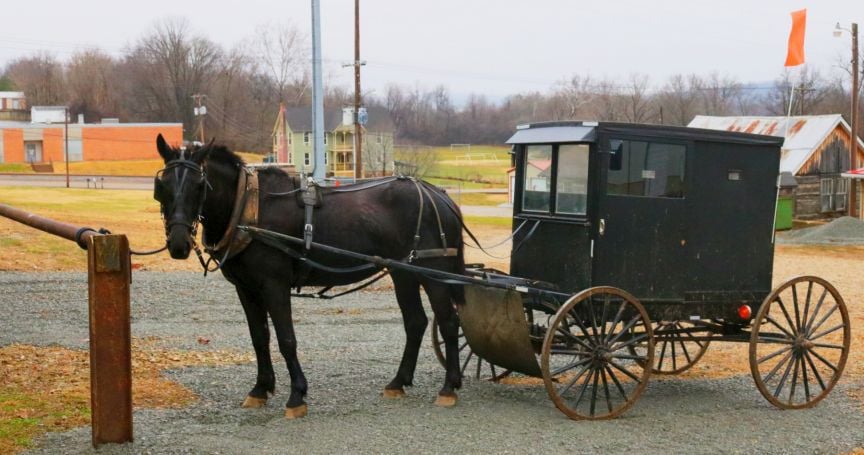 County officials placed a hitching post near the courthouse in downtown Fredericktown on Dec. 28.

The Mennonites are working to construct a home on the property they acquired in St. Francois County. 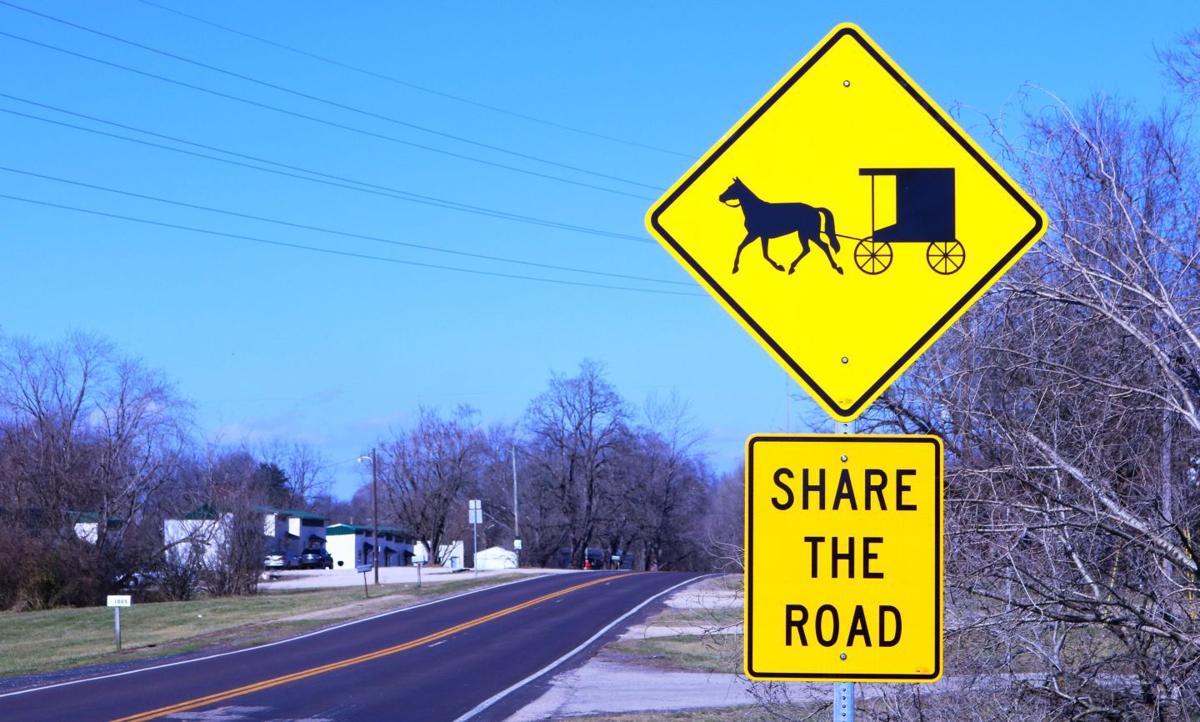 Signs are placed around Fredericktown and on Route OO to alert drivers to the presence of horse-drawn buggy traffic.

Area residents may have noticed a new kind of traffic coming from Route OO in the last month.

A group of mostly former Kentuckians belonging to the Mennonite faith are in the process of establishing a community of families between Fredericktown and Farmington, giving area leaders, business owners and community members the opportunity to extend a warm welcome to the Mennonites as they travel the area in their horse-drawn buggies.

David Mazelin, one of the Mennonites who has moved to the area, said many of those coming to the area have traveled from Scottsville, Kentucky.

“We moved here from Kentucky, most of us,” Mazelin said. “There’s a few families that are coming from western Missouri.”

Mazelin said they chose the area because of its relative proximity to the communities in western Missouri and Scottsville, Kentucky.

“We have a group that we work with in western Missouri, and we’re getting full there in Scottsville so we decided to check in between the two settlements and this is what we found,” Mazelin said.

Mazelin said the Mennonites have found the area to be similar to the one they left in Kentucky, except there seems to be more wind. Making the transition even easier, Maslan said the people of St. Francois and Madison Counties have been very welcoming so far.

Currently, there are four families who have made the move to the area, but Mazelin said there will eventually be 20 to 25 families living on the 900 acres the group purchased just off Route OO.

“It’s going to take a few years,” Mazelin said. “There’s going to be eight families coming in this winter.”

What land isn’t used for housing will be used to raise produce, much of which will be available for local sale.

“We’ll put up a stand down here by the road,” Mazelin said. “And we might sell some other things, too.”

The group is currently working on constructing houses and preparing for the arrival of other families.

Fredericktown City Administrator Doug Friend said he was approached by some members of the Mennonite group and asked about the possibility of accommodations being made in the way of parking locations for their horse-drawn buggies. The city is currently considering locations to install hitching posts for that purpose.

Madison County installed a hitching post in a gravel parking lot north of the county courthouse near the sheriff’s department.

Local businesses have also made efforts to accommodate the Mennonites. According to Friend, Gifford Lumber Company has put a hitching post up on their property and other businesses have expressed a desire to do the same.

“Everyone that I talked to indicated they thought that was a good idea,” Friend said. “I would think if they do any amount of trade there, then they would accommodate them.”

Mazelin said the traffic in Farmington causes some difficulty in comparison to travelling in Fredericktown, but the group is doing business in both towns.

While there are many variations within the larger Mennonite faith, the core beliefs are largely similar to those at the center of most modern protestant denominations, with a stronger emphasis on rejecting “worldliness.”

An 8-year-old child is dead after a horse carriage was struck on Route OO this morning, according to officials on the scene.

One child was killed and four individuals were seriously injured after a pickup truck struck a horse-drawn buggy Thursday morning on Route OO.

County officials placed a hitching post near the courthouse in downtown Fredericktown on Dec. 28.

The Mennonites are working to construct a home on the property they acquired in St. Francois County.

Signs are placed around Fredericktown and on Route OO to alert drivers to the presence of horse-drawn buggy traffic.