Lt. Col. Ralph Leigh has lived and worked in the Parkland for the last 32 years as an emergency room physician but before that he was dedicated to serving our country.

Leigh, 76, was born in Peru and came to America as a child with his parents. After he graduated from college he was drafted into the United States Army during the Vietnam War.

While looking at a group photo of his training brigade before they were all sent to Vietnam, Leigh took a moment to remember some of his fellow soldiers.

Leigh still remembered many of the men in the photo of close to 40 soldiers. Some never made it home, others came back with amputations and one inherited the family walnut farm and is living in California.

"He (Leigh pointing to a man in the picture) was a deep diver and did all the soldering underwater before he got drafted," Leigh said. "He came back from Vietnam wounded. This (as he points at another man) is Alexander he was married and his wife had a baby while he was over there."

Leigh was supposed to talk about himself but every face in the picture brought back a memory and each one of them deserved a moment to be remembered.

Leigh said at that time, anyone who had any formal education from a little college to a master's degree was sent to become a company clerk.

"I remember the sergeant called me in and said 'Leigh, what are you doing here,'" Leigh said. "I said 'well I'm just waiting for assignment.' What happened is he said 'you are a medic' and I said 'no, no, no, no, the Army spent a lot of money sending me to company clerk training.' Then he said 'no, no, no, no, we heard that you were a scrub nurse, that makes you a medic.'"

Leigh said later he met a lieutenant colonel nurse who was in charge of the 29th Hospital in the Mekong Delta and asked her if they needed any scrub nurses because he had been one back home. After putting him through a few tests, Leigh proved himself and the orders were put in to keep him at the hospital.

"The first patients started coming in and had just arrived at the hospital," Leigh said. "The third patient was a craniotomy and this was the doctor's first ever craniotomy. He asked for the best scrub and they sent me since I was pre-med and wanted to be a doctor. We couldn't get to the piece of metal so we left it in there. It was so hot, it was sterile. He survived and three days later he was walking but with a piece of metal in his brain."

Leigh said the patients were flown to the hospital from the frontline and there were many amputations performed.

"All the limbs that were being amputated, we cremated all the limbs," Leigh said. "Someone would have to go burn the limbs and I would volunteer. So what I would do is I would take a scalpel and everything and I locked myself in with a bunch of arms, legs and with good light and I would dissect and practice my craft."

Leigh said it was difficult at times because they were the limbs of his fellow soldiers but they were being cremated anyway and it was a great opportunity to learn.

After Leigh returned home from Vietnam, he went to medical school at Saint Louis University and earned his doctorate. At this point he had a decision to make: should he stay a civilian doctor or reenlist and become a flight surgeon?

Ultimately after considering pay and location, Leigh decided to go back to the Army and was sent to Germany for what he thought would be three years.

"I was there a year and a half and I got a phone call from the Pentagon that they needed me in Central America because they needed a bilingual physician with special ops training," Leigh said. "So we went from Germany, cold, to Panama, hot. What I was doing was hotter than hell."

Leigh said he did not become a flight surgeon until after he finished up in Central America and El Salvador. Then he was sent to flight school and became the 7th group flight surgeon.

"There are 12 men because they can split into two teams or even four teams," Leigh said. "You jump with your group or in teams. Sometimes one of my medics wouldn't go and I would take over. The missions were real, I cannot tell you some, but they are real missions. You just jump wherever it is, in the middle of the jungle, wherever you need to jump."

Leigh said he has jumped about 190 times and had a few close calls.

"I screwed up my neck on a jump when the Air Force threw me early and I landed on a tree and got hung up," Leigh said. "I hung for 30 minutes until I undid everything and climbed down."

Leigh said he had a couple parachute malfunctions during a few of his jumps.

"The first malfunction I had some problems with the main shoot and had to pull the reserve," Leigh said. "The other one was not good. It deployed but I was already almost at the ground. My coccyx has been broken about four times. What happens is you hit and the energy goes up. That is why my whole spine is compressed and I have nothing but fusions. You just learn to live."

Leigh never made it into the 150 jump club because many of his jumps were not recorded and documentation was needed.

He said if he had the choice to do it all over again, he definitely would.

Leigh retired from the U.S. Army, where he served with the Green Beret in Vietnam and Central America, as both active duty and reserve. He officially retired in 1993 but continued to work in civilian medicine until 2004 when he retired from Parkland Medical Center. Though he was retired, he continued to work part time around the area.

Doctor recovers from COVID in the Iron Co. hospital where he once practiced

One night in January, Dr. Ralph Leigh awoke with severe shortness of breath.

Leigh is a true patriot who still proudly flies the American flag, the Missouri State flag, the POW/MIA flag, the U.S. Army flag and his native Peruvian flag on his property. From war zones to a terrible case of COVID-19, he has seen and overcome a little bit of everything and anyone who meets him will surely leave with a good story and a smile.

A Spanish banana farmer grapples with a volcano's wrath

A Spanish banana farmer grapples with a volcano's wrath

Store aims to support those who served

Area vets have a new ally in a Vietnam veteran whose new store not only offers a wide variety of military-themed items for sale, but donates a… 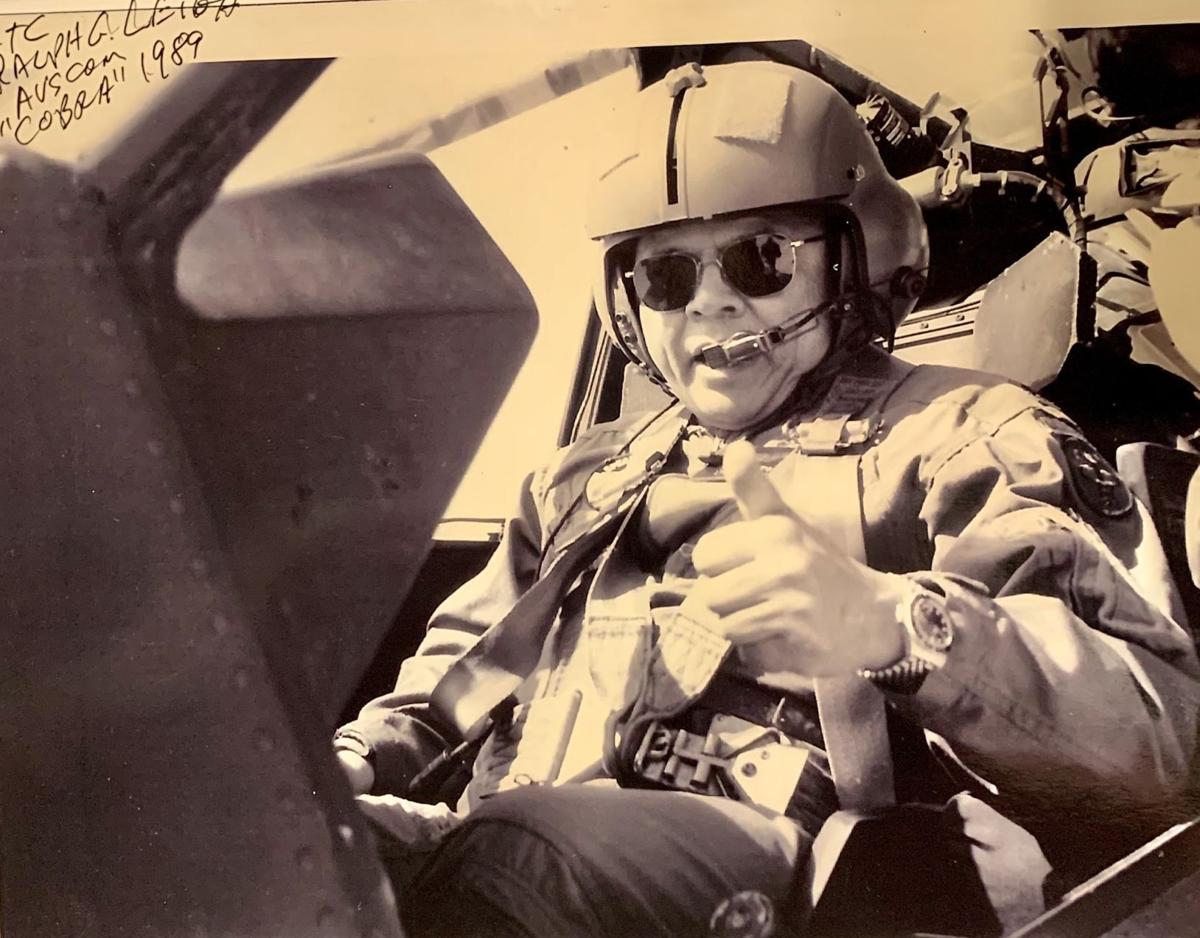 Pictured is Lt. Col. Ralph Leigh as a flight surgeon flying a "Cobra" in 1989. 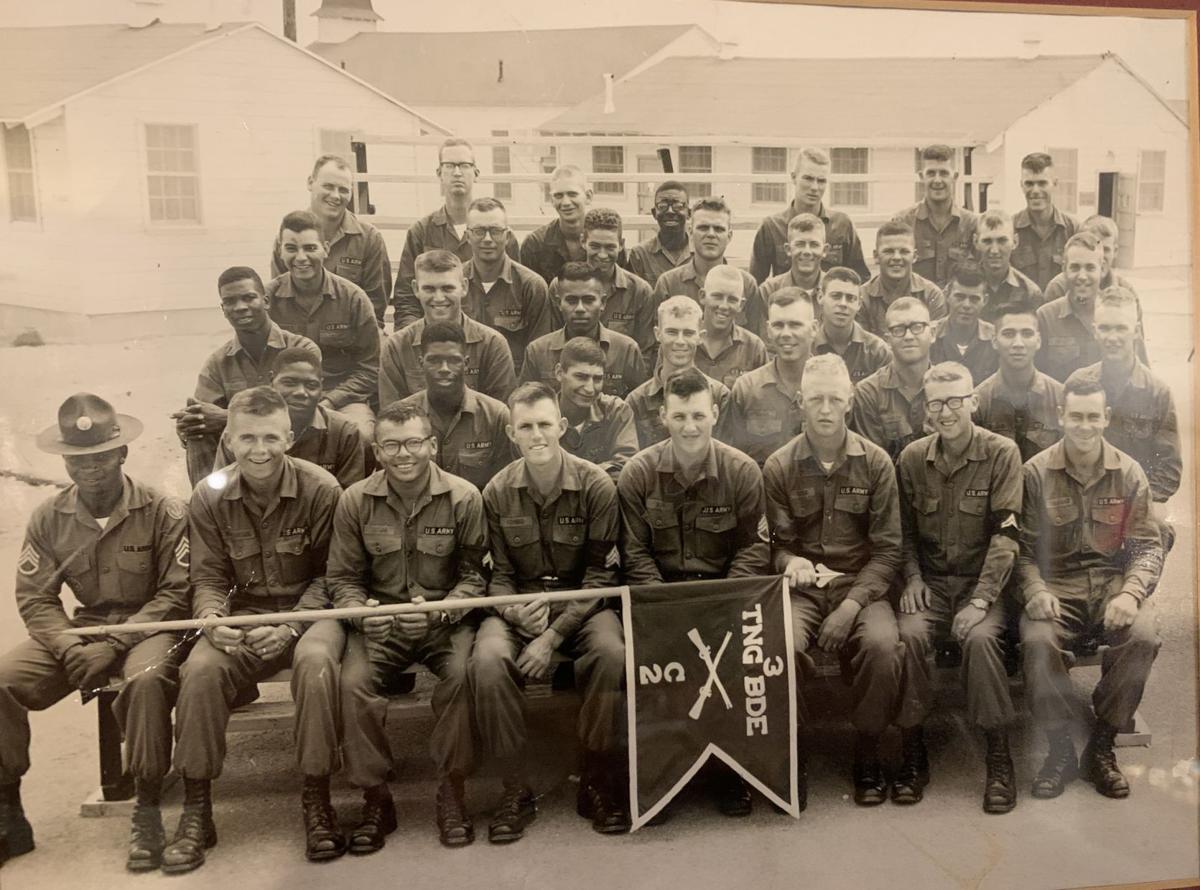 Pictured is Lt. Col. Ralph Leigh with his training brigade before being sent to the Vietnam War. 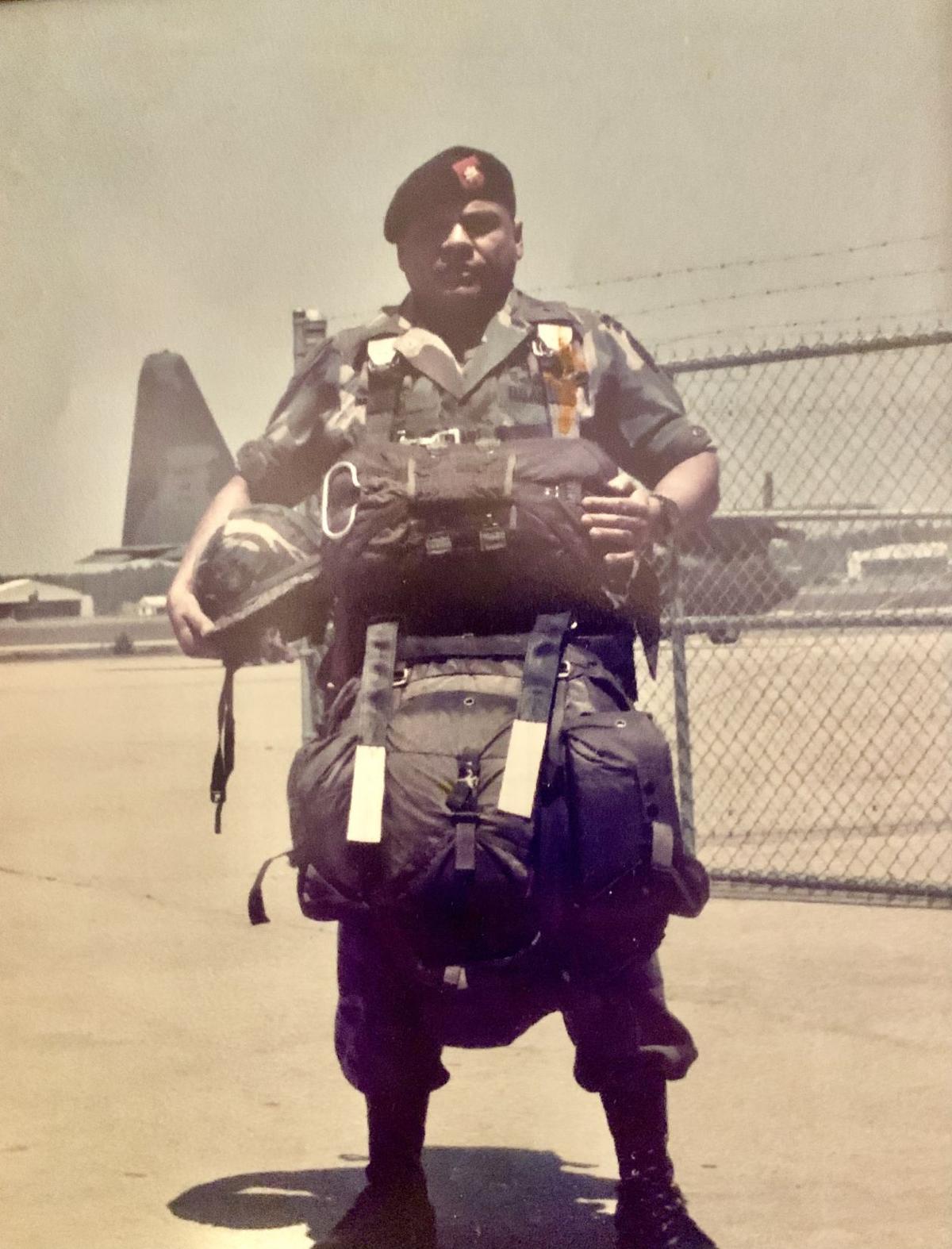 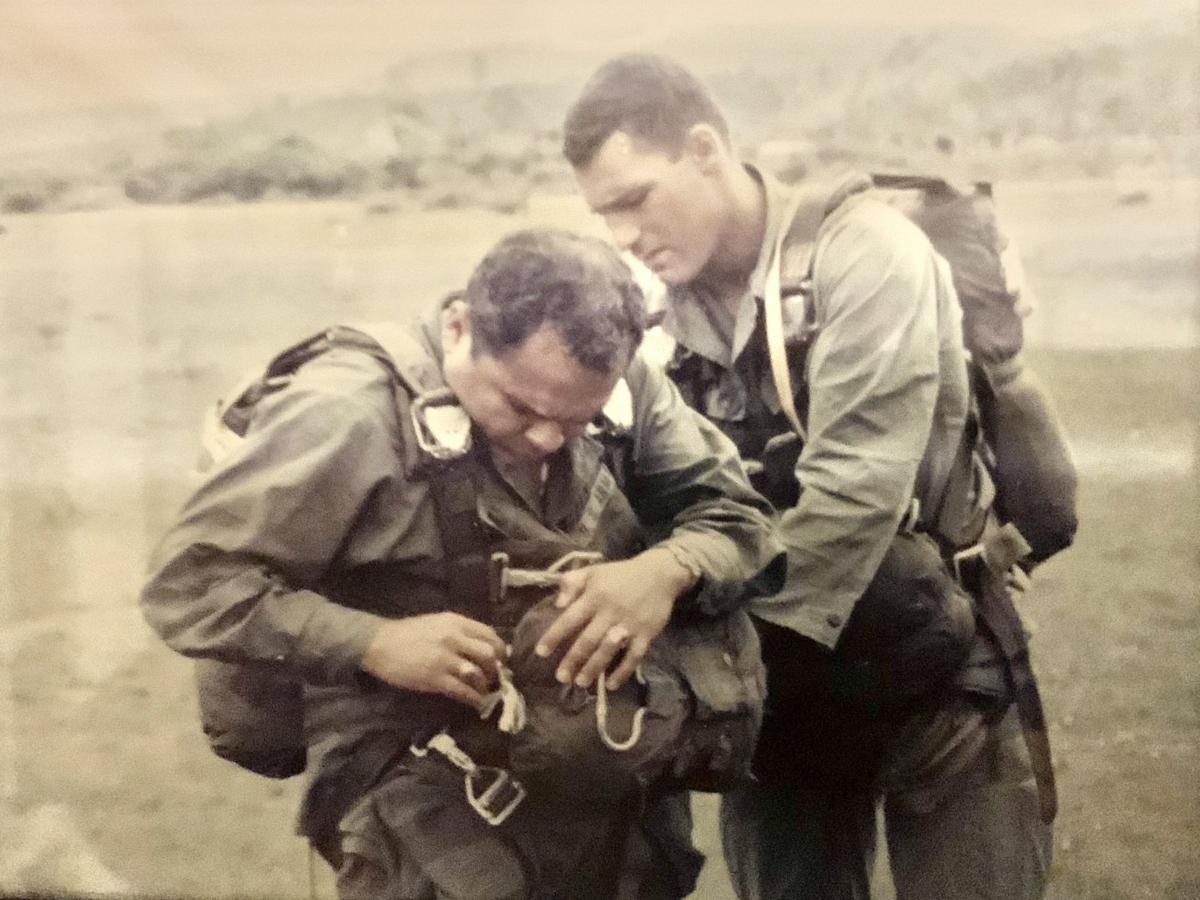 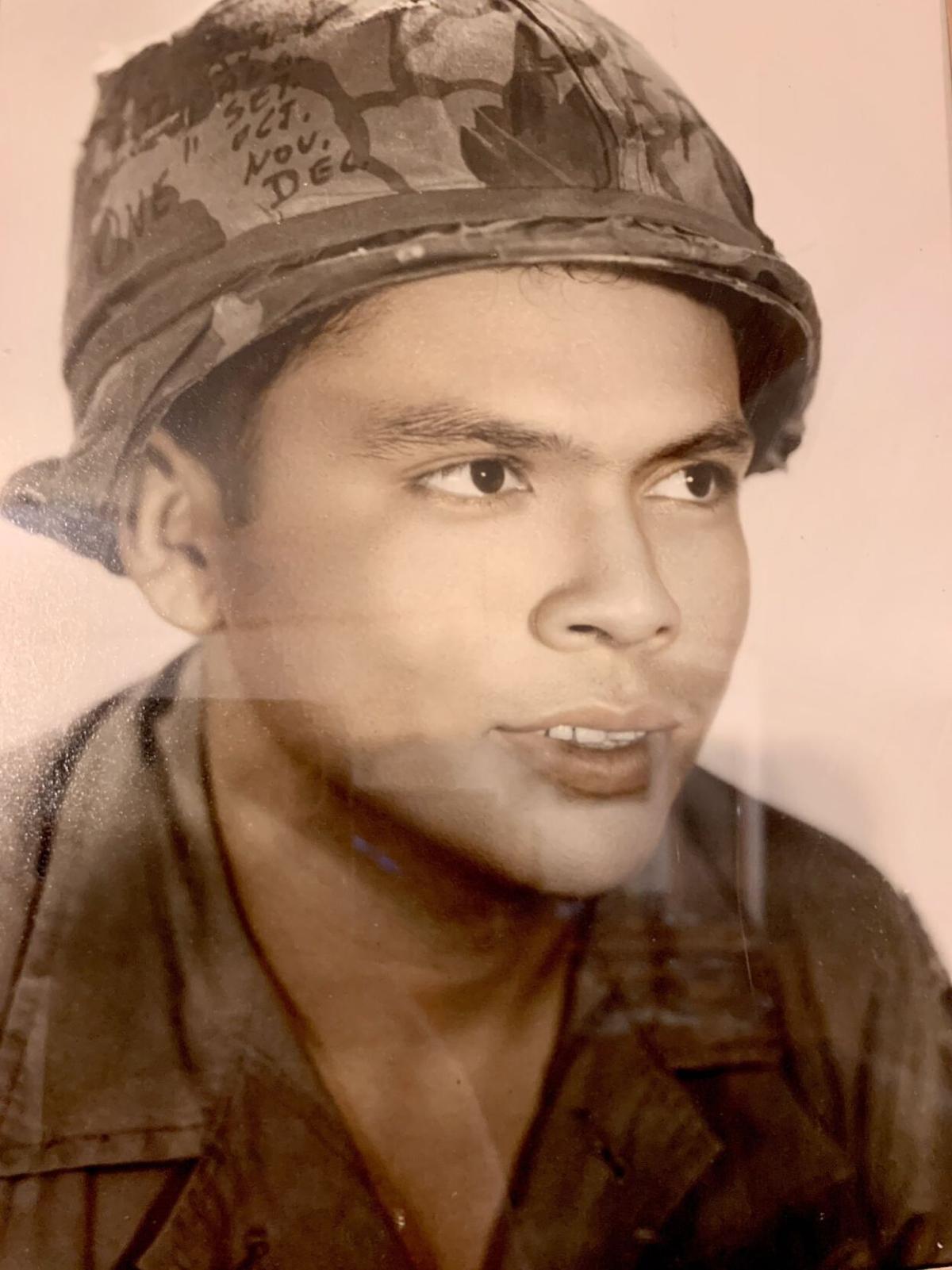 Lt. Col. Ralph Leigh said he would mark off the months on his helmet counting down when he would get to go home. 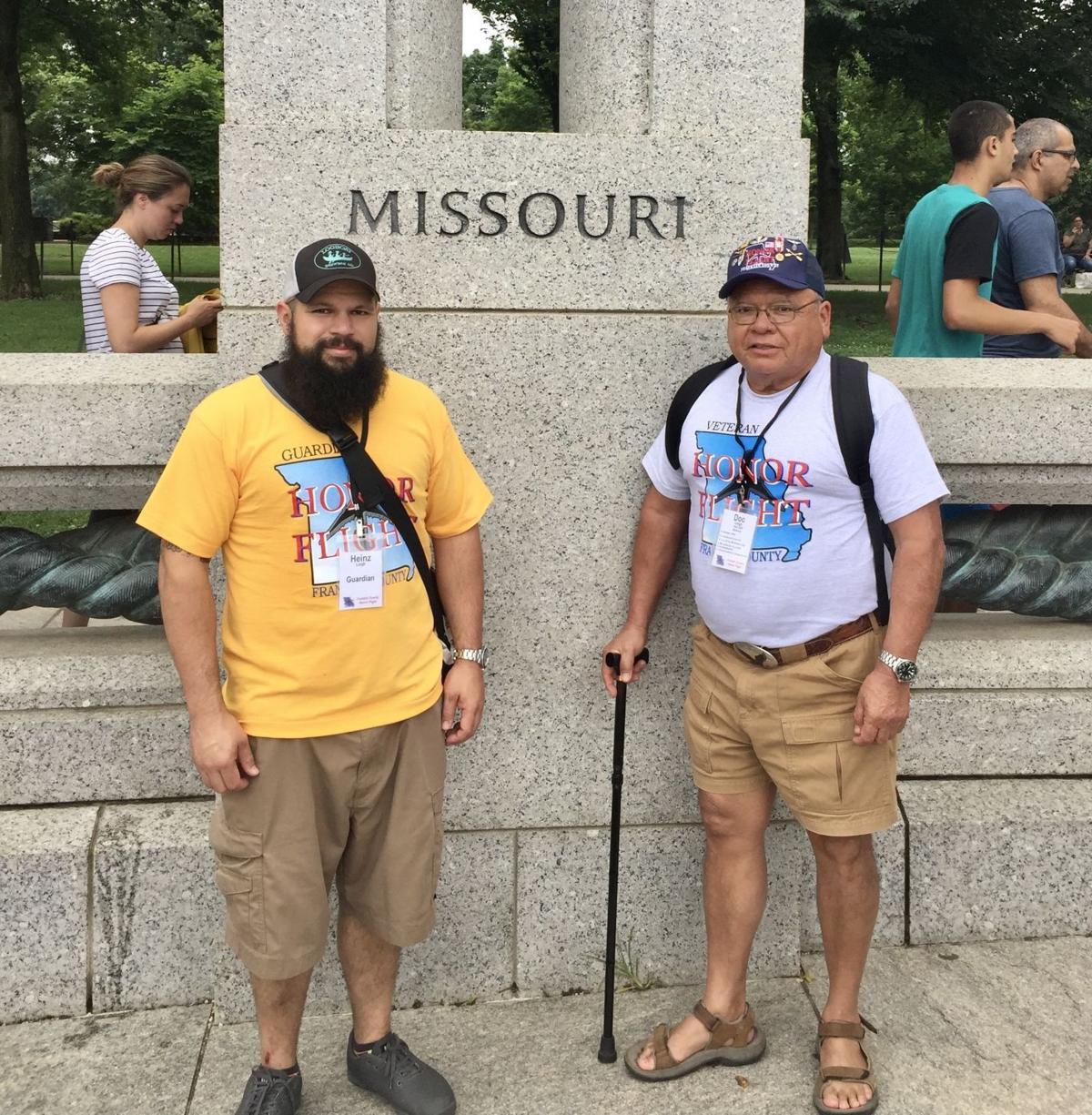