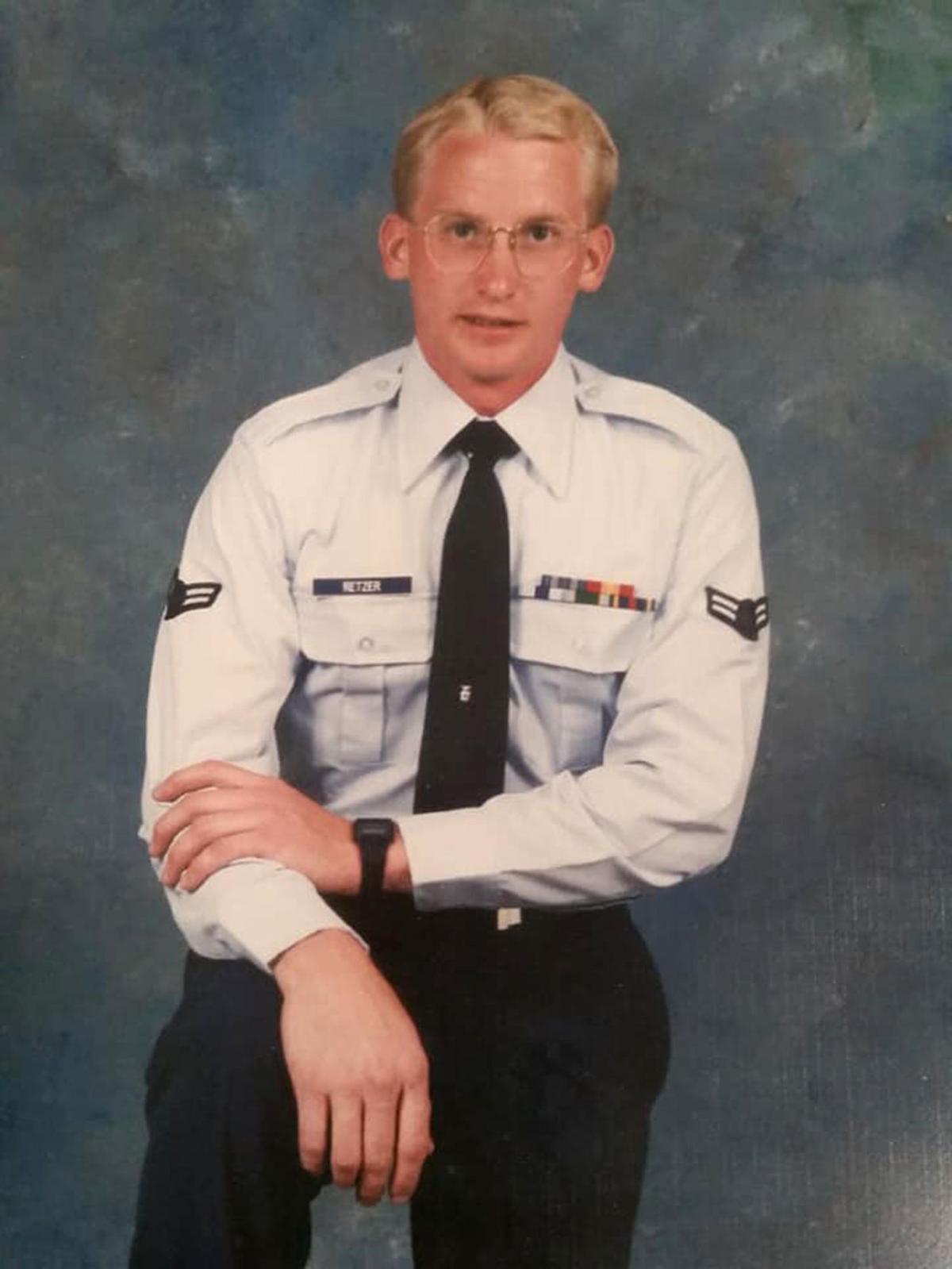 Ryan Retzer enlisted with the Air Force in 1989. 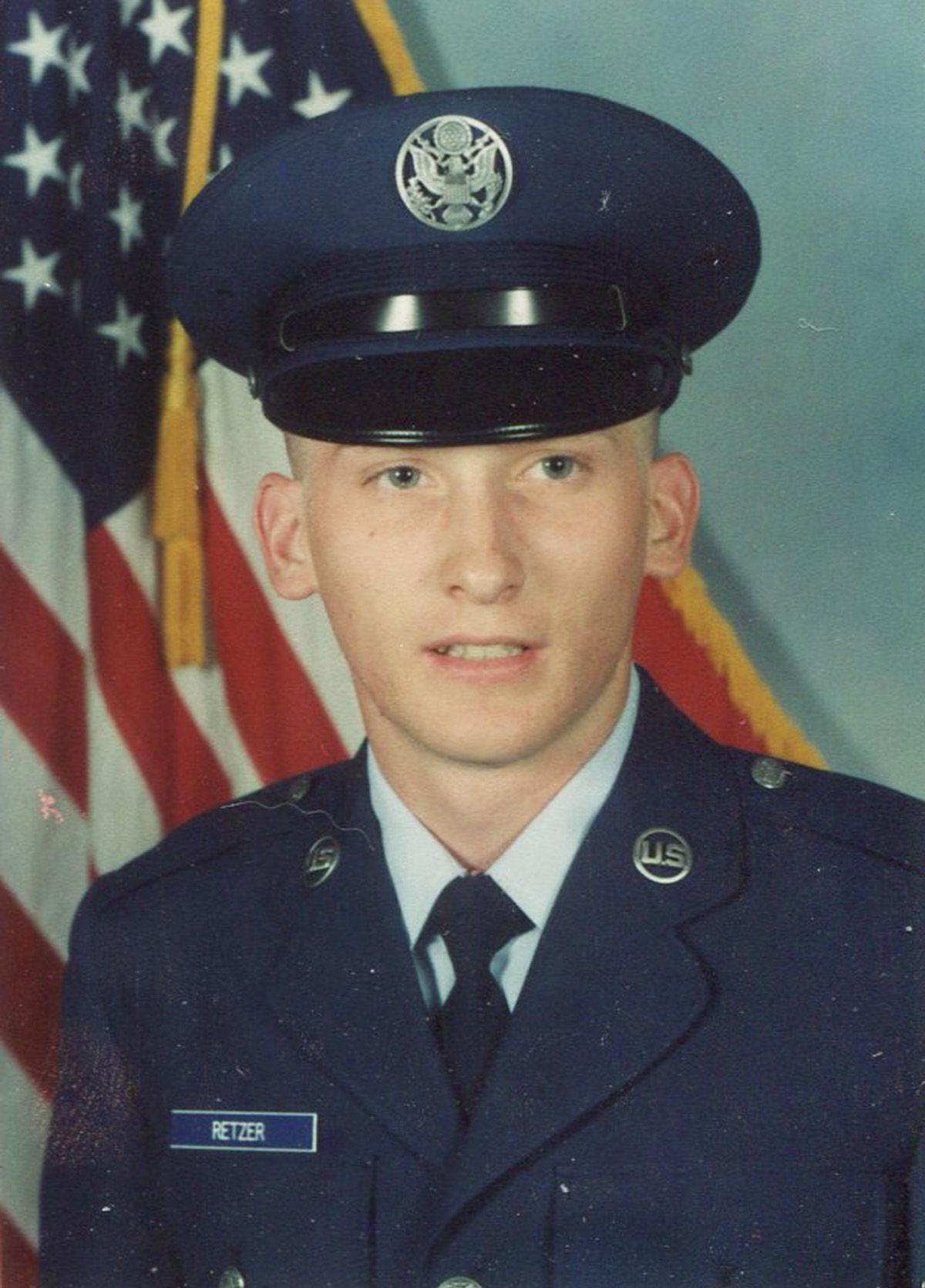 Ryan Retzer's other relatives served in the military but he was the first to choose the Air Force. 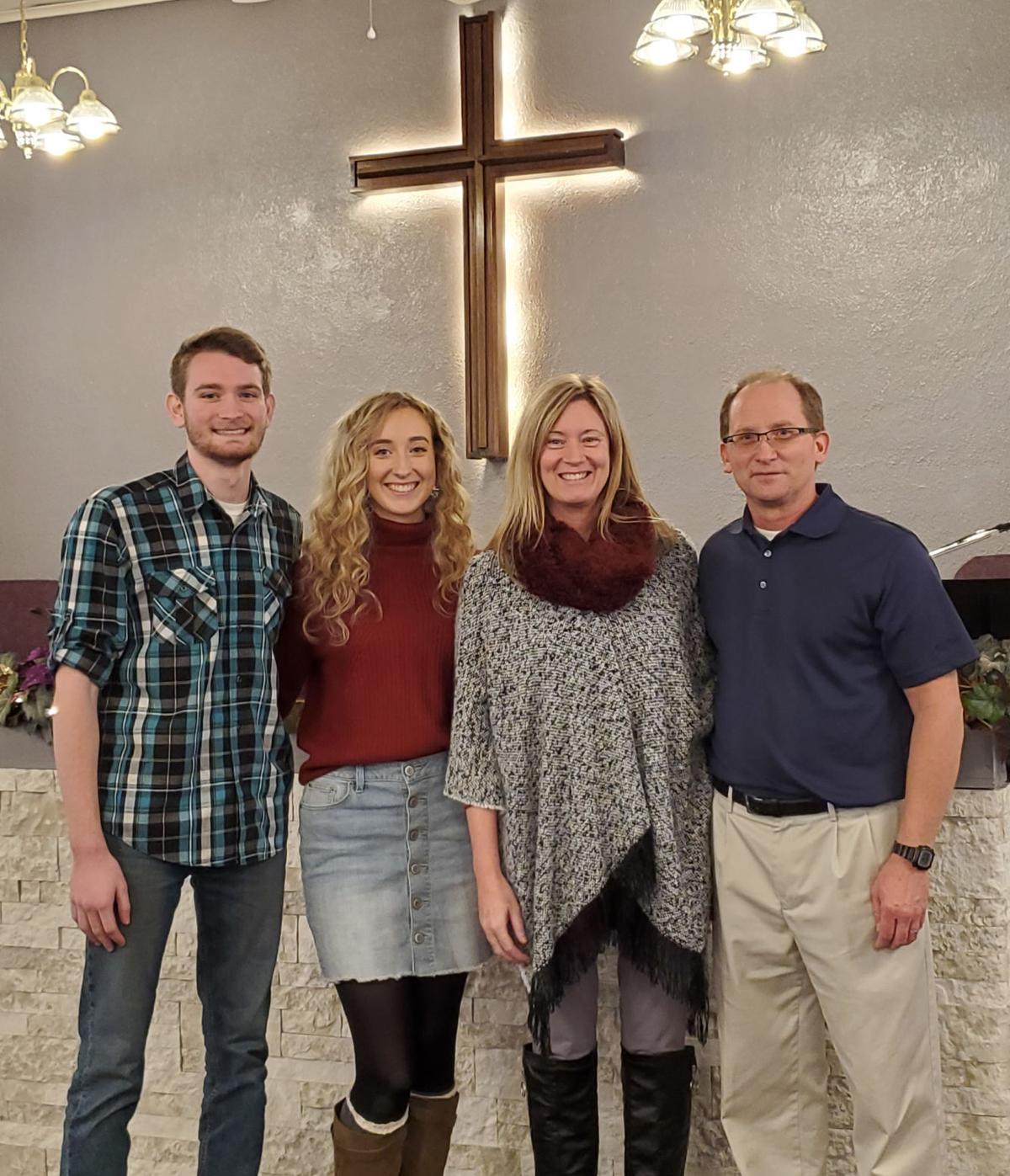 Pastor Ryan Retzer leads Eastside Church of God in Leadwood. Pictured with him are his children Ryan and Samantha and wife Jane. 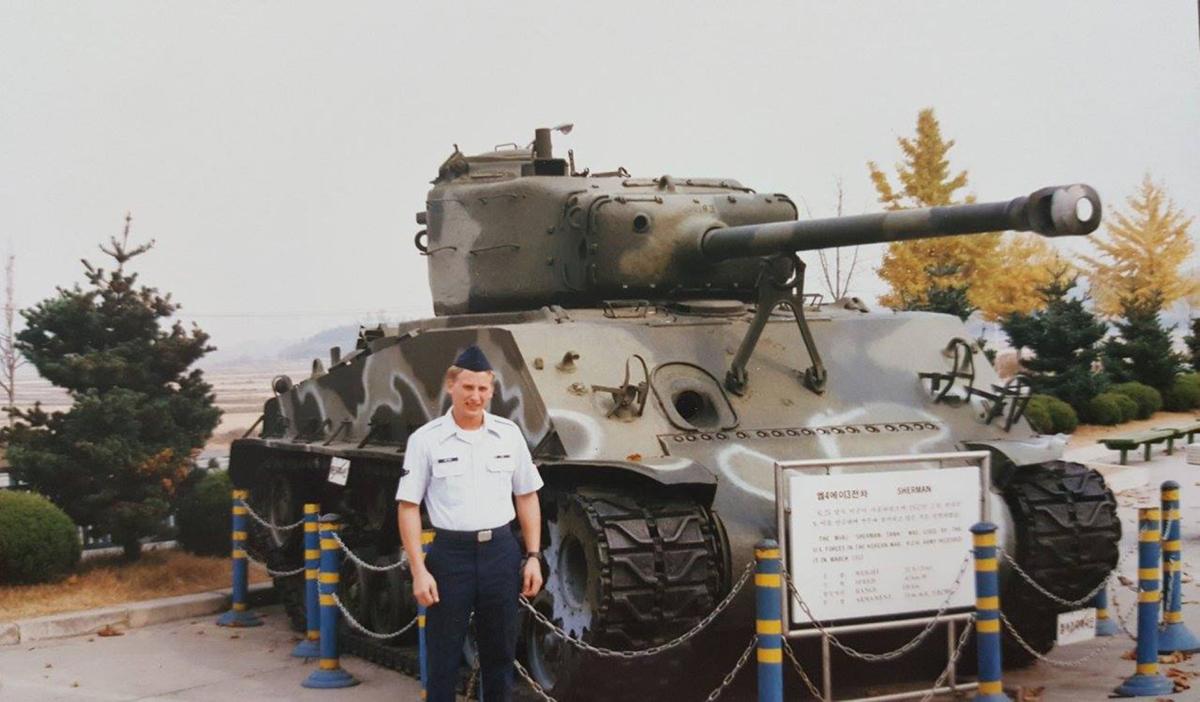 After graduation from Sheppard AFB, Ryan Retzer was assigned to the 51st CES at Osan AB in South Korea for a one-year tour. He was one of the first airmen (E-2) assigned to a South Korean airbase short tour first duty station. 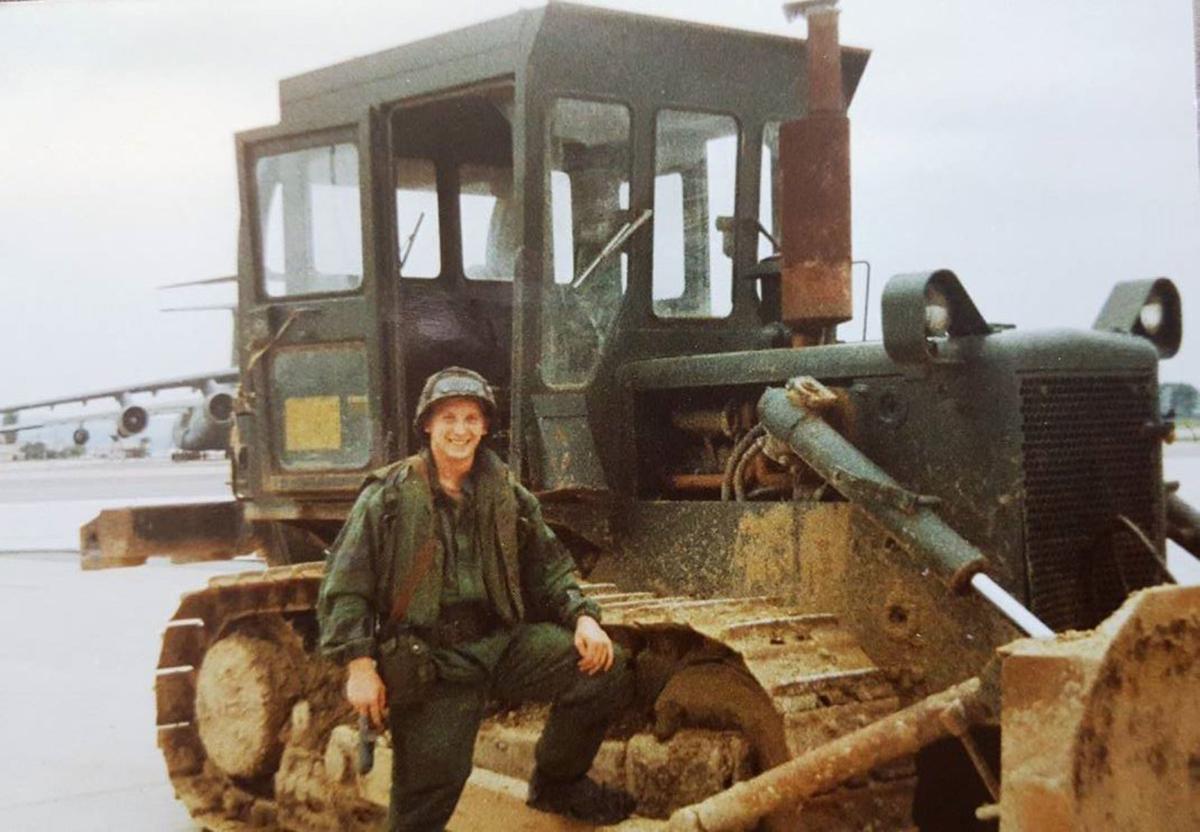 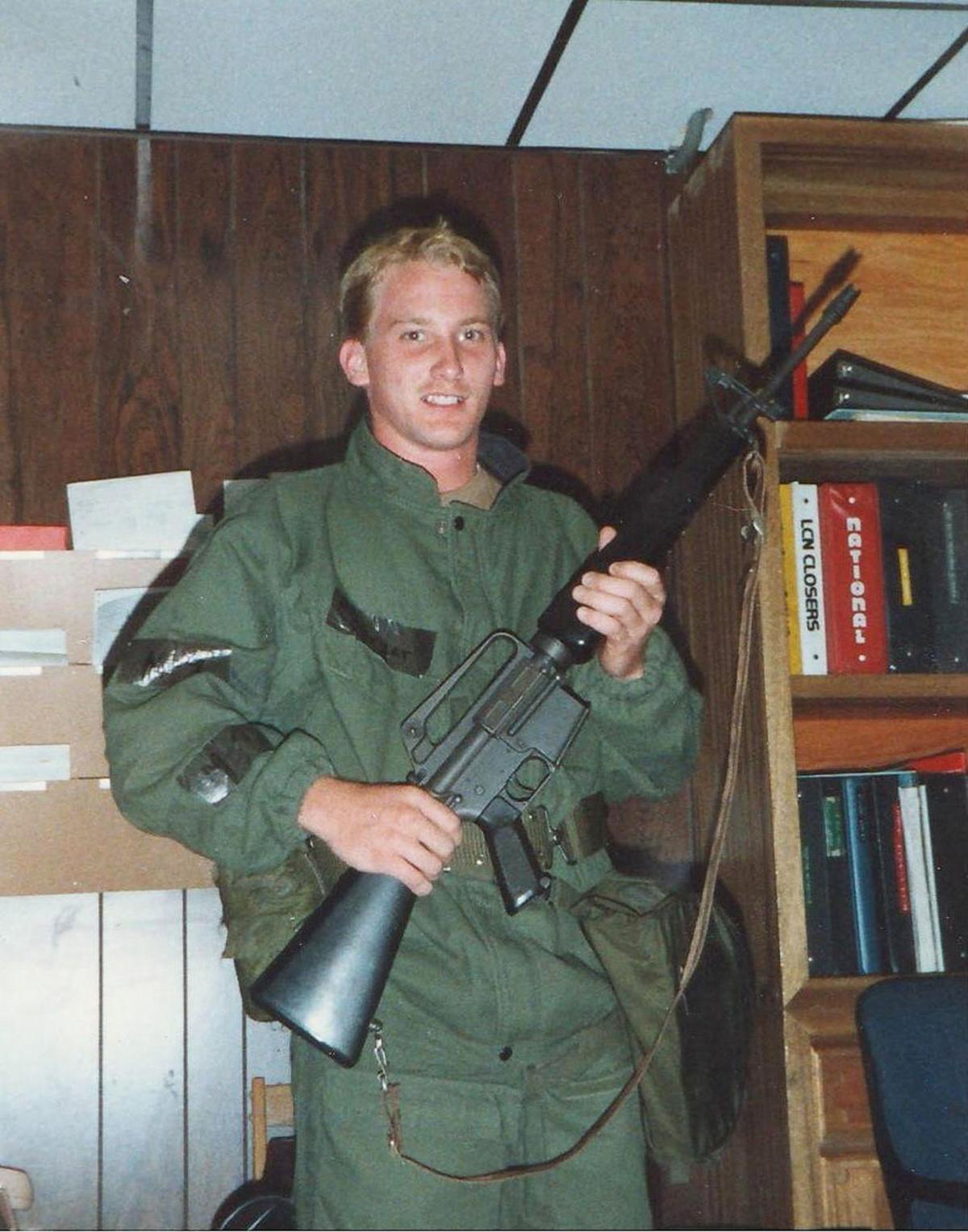 Following a family tradition is the reason Ryan L. Retzer joined the military.

He chose the Air Force because he wanted to go into a branch of service in which none of his family had chosen. His father served four years and an older sister retired from the Army. His brother enlisted in the Marines, and an uncle retired from the Navy.

After he graduated from high school, Retzer did not have a clear direction of what he wanted to do with his life. So, he enlisted in the U.S. Air Force in 1989.

Basic training was challenging. Even though it was only about eight and a half weeks, Retzer said it was a “revelation of trying to take a civilian who had no prior military experience to become a member of the world’s strongest armed force.” He said basic training was all about strict physical discipline, intense challenges to his mental capacity, and producing an emotional, stable individual who could handle the difficult warfare situations which pertained to defending the nation.

Retzer began his career in the Air Force in March 1989. After graduating from basic training, he moved to Sheppard Air Force Base for specialized training as his job in the military. He chose to be a heavy equipment and pavement specialist.

After graduation from Sheppard AFB, Retzer was assigned to the 51st CES at Osan AB in South Korea for a one-year tour. He was one of the first airmen (E-2) assigned to a South Korean airbase short tour first duty station.

“This meant they hadn’t in the past sent newbies on a short-tour assignment before being at a U.S. continental base,” said Retzer.

But he thoroughly enjoyed learning about a new culture. While he was there, Retzer became involved in teaching conversational English off base several times a week with local Koreans. The class he taught gave him opportunities for some personal tours of South Korea to where most Americans had never been. He was able to tour the 38th Parallel Line, also known as the DMZ which separates South Korea from North Korea.

After serving his time in South Korea, Retzer was then assigned to the Air Force Academy in Colorado for the remainder of his active duty career. During his stay at USAFA, Desert Storm broke out and they were immediately placed on standby for deployment. Because of the short duration of the conflict, Retzer’s unit was not deployed at that time.

As a heavy equipment and pavement specialist, Retzer was able to operate a variety of equipment, from using hand tools for concrete to operating a bulldozer.

Once he left active service, Retzer joined the Air Force Reserves at Scott Air Force Base in Illinois for two years until he retired from the service in 1996.

“I would gladly serve my country again,” he said, “because part of my military experience has made me the man I am today.”

Retzer met and worked with many special people, including civilians and military personnel, who he worked with daily. During his assignment at the USAFA in the early 1990s, he met Pastor Roy Strickland, who continues to be a vital part of Retzer’s life today.

He recalled many things from his military career, including the food.

“I was somewhat partial, but most members of the Armed Forces would say that the Air Force had some of the best food,” he said. “But some of the worst food I ever ate were MREs (Meal, Ready-to-Eat).

Beyond the food, he remembered his first night of basic training and how he asked himself, “What have I gotten myself into?”

He also recalled when he flew 23 hours to South Korea. After landing, he realized, “I’m not in Bonne Terre, Mo., anymore.”

Other highlights for Retzer included watching all different types of aircraft land on the flight line, touring numerous beautiful sights of South Korea, and receiving his first care package from his mom.

He recalled the day he left South Korea and the mixed feelings he had about leaving.

He also remembered when he arrived at the USAF Academy and wondered “why a person of my physique could not climb stairs very well at 5,200 elevation until I got my lungs acclimated to the high altitude.”

Retzer recalled a funny story of when he operated a bulldozer all day in South Korea. He fell asleep in his dump trump while waiting for his sergeant to finish shutting down his bulldozer.

“He left me there on the job site in my truck for two hours,” said Retzer. “After it got dark, he came back knocking on my truck door laughing so hard. I didn’t think it was funny at the time, but later I did.”

A frightening experience for Retzer was when he was at the USAF Academy when he qualified for parachuting out of an airplane. He went through two weeks of vigorous physical training to parachute five times out of a plane at an altitude of nearly 4,500 feet. This particular jump required individuals to jump, count to 10 and then pull the cord.

He said the first jump of parachuting has many unknowns that come with it, like jumping out of an airplane and not seeing the ground, turning the parachute in the right direction, compensating for the wind, and landing in the right zone and position.

“Let’s just say after doing two of the five required jumps, this was not for me,” he said.

Retzer said that overall, he learned “discipline, authority, more respect for veterans and our flag, my allegiance to our great republic, and teamwork.”

He said, “Probably with every service member, some more than others, will have a lasting effect until the day they die. I think for me, small things like this happen every time the Pledge of Allegiance is given, that I find myself standing at attention with my left hand cuffed to the seam of my pants.”

For Retzer, the transition out of the military was a bit different, but the Air Force had some classes which helped him adequately transition.

“I also think it depends on how long you were in and if you had some war-time experience that would affect the transitioning,” he said. “I also have the support of the VA clinic.”

Retzer said there are a couple things he wished everyone realized regarding the nation’s military. First, the sacrifice military people give is important and the fact that they’re given a limited salary and sometimes limited or no recognition for their service. The second is that military life is a “unique experience that a person would not understand unless they have served in one of the Armed Forces.”

After he completed his military service, Retzer’s life took a completely different path.

“I would have stayed longer, but God had pastoral plans for me,” he said.

He has been serving as pastor of Eastside Church of God in Leadwood for a little more than 10 years. He has been a pastor since 1996, with nearly 12 years of service at Chillicothe, almost four years in St. Peters and now 10 years at Leadwood.

“It was during my military years that God called me into the ministry,” he said.

Ryan Retzer enlisted with the Air Force in 1989.

Ryan Retzer's other relatives served in the military but he was the first to choose the Air Force.

Pastor Ryan Retzer leads Eastside Church of God in Leadwood. Pictured with him are his children Ryan and Samantha and wife Jane.

After graduation from Sheppard AFB, Ryan Retzer was assigned to the 51st CES at Osan AB in South Korea for a one-year tour. He was one of the first airmen (E-2) assigned to a South Korean airbase short tour first duty station.