WATCH NOW: Bombs away: Vietnam vet recalls his time as an munitions specialist
1 comment
Share this
{{featured_button_text}}
1 of 2 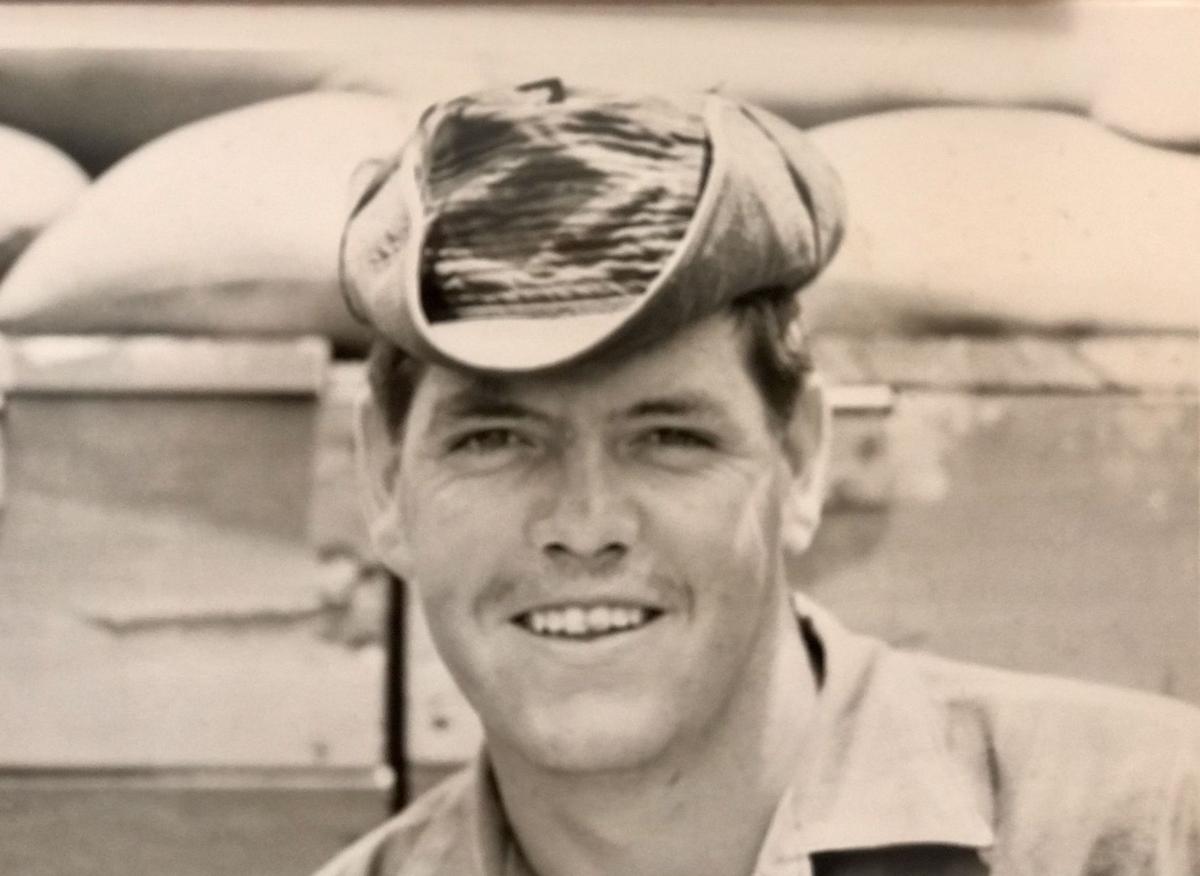 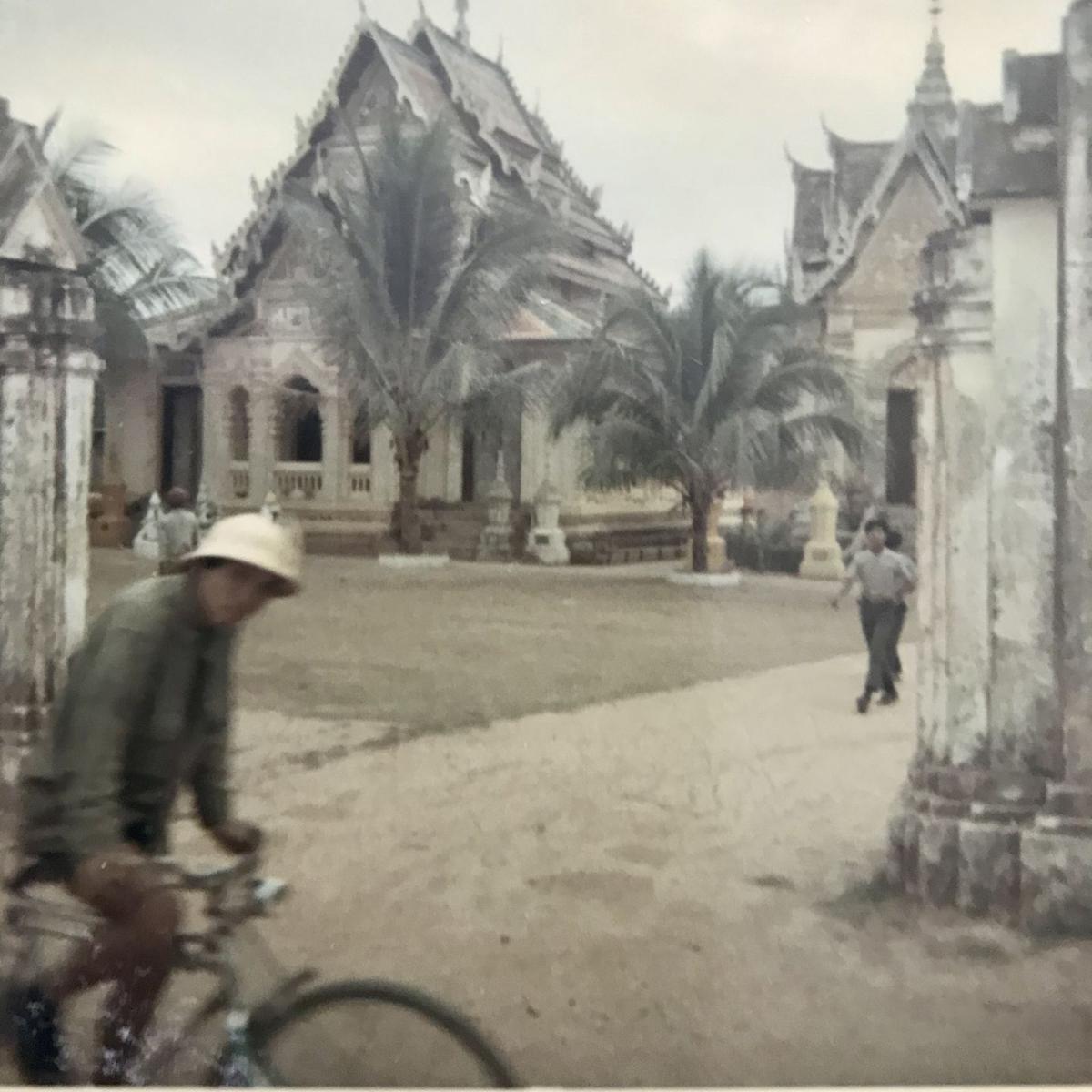 Pictured is Downtown Nakhon Phanom in the late 1960s, Thailand.

He might not have seen heavy combat in Vietnam, but as a munitions specialist, he was definitely involved in the action, earning an Air Force Commendation medal.

Leonard Miller of Desloge recently reminisced on six years — four active, two in reserve — that he served in the Air Force, stationed in Thailand at the Nakhon Phanom (NPK) Royal Thai Air Force Base for the first stint 1967-68. He was back in service 1970-71 at Cam Ranh Bay, Vietnam.

Originally from Cobb, Oklahoma, Miller grew up on a cotton farm the youngest of five sons and two daughters. His dad was 50 when he was born, most of his siblings were already grown. He earned money picking cotton to pay for school clothes, including his Converse tennis shoes.

Miller was into basketball in those years, and Chuck Taylors would come in handy for roundball on the base. But back home, he was ready to graduate from high school, heading briefly to college. He worked for an oil company.

Then came a life-changing chat with his dad.

“My dad and two of his brothers were in World War I. I got four brothers and all of them were in the military,” he said. “I was in college in Oklahoma, and these guys were graduating, walking off the stage and getting drafted.

“I drove a Euclid for a seismograph, the big earth movers, the tires were huge. In ’66, I was making about $20 an hour for Sinclair Oil.

“I told my dad about it, and he said, ‘That sounds great.’ I said, ‘They want to send me to Chile and double my pay while I’m over there, pay for all my expenses.’ And he said, ‘…You know your brothers and your uncles all went in the military…’ I said, ‘Yeah.’ That kinda made me feel bad, so I went into the Air Force instead of going to Chile.”

At Loughary Air Force Base, he went through six weeks' training on bombs, missiles, and other munitions.

Soon, Miller found himself stationed at NPK in Thailand where he inventoried, handled and escorted ammo to various strategic points.

“I flew escort for bombs from Vietnam, to Tan Son Nhut (Air Force Base),” he said. “They were storing a bunch of old World War II bombs at Tan Son Nhut in Saigon and we were flying them out to Thailand, so we could fly them back to Vietnam and drop them. One of the windows was shot out on that plane. It was so noisy, I’m sure that’s part of the reason my hearing got so bad.”

Miller said his last year, he was head of inventory of the bomb dump. “These are the bombs I escorted back," he said, pointing to a picture with hundreds of bombs. "They’re all metal and oil bombs from World War II. It was just shrapnel inside of them.” He said he was responsible for unloading upwards of 40,000 tons.

He pointed to another bomb photo. “That’s what I got the commendation medal for. That was a top secret test bomb at the time, it’s full of about 18,000 pounds of propane, and it’s got igniters that go around the back,” he said. “It would crack open, all the propane would spill out and the igniters would shoot out when it hit the ground, it would light and take all the oxygen out of the air in a square acre. Just suck all the air out of you from inside out, in an acre.

“I worked with the civil engineers that put it together. They’re the ones who put me in for the commendation medal.”

But life wasn’t all bombs and missiles. Miller had a dog named Killer and a pet monkey named Bojo. He also played basketball.

Vietnam Veteran Leonard Miller answers a couple of questions about his experience during the war.

“In Thailand, we won (the base's) basketball championship. It was one of the sports we played. And tag football,” he said. “We all started lifting weights and played flag football, and the other squatters wouldn’t play us because we looked like pro football players.”

His wife of almost 50 years, Belinda, chimed in: “He didn’t have a neck anymore, he looked ridiculous.” They both chuckled.

He and Belinda met after his two-year stint at NPK. He was helping on the Oklahoma family farm when his dad fell ill and died. Then he got orders for Vietnam.

“I wrote a letter to my congressman and he got me out of the first set of orders because I was helping my Mom on the farm every weekend,” he said. “I got another set of orders about a month later and I figured after I had less than a year to go, they wouldn’t send me back. I wrote my congressman again to get out of it, but the congressman wrote me back and said, ‘Son, that place is for sale.' My mom had put it up for sale and didn’t tell me.”

Before he left for Vietnam, he decided to take his mom to visit her sisters in Farmington, where his cousin fixed him up on a date.

“All the guys I knew were being drafted or joining,” Belinda said. “They were halfway drunk when they left, and when they came back, they stayed drunk for six months or more. He was telling me all these stories about drinking, and I’d just laugh at him, like: You sound like everyone else I know at this time.”

They went on less than a dozen dates. The flame was lit.

“We wrote the whole time he was in Vietnam. I was writing him letters and he was answering questions I asked him,” she said. Then she had a scare. “All of a sudden, I wasn’t getting answers back. Come to find out, the mail had gotten bogged up. Then, all at once, he went to his mailbox and it was jammed up.”

“I was relieved,” Miller said.

“In basic training, I’d gotten a 'Dear John letter' from a girl I was dating. When I came home, she was married and living next door to my brother," he said with a laugh.

Belinda had another scare when her mom told her Cam Ranh Bay had been bombed. But, Miller said, it was three gigantic fuel tanks that had been targeted.

“Put satchel charges on them and blew them up, it was near our barracks ... we could feel it in our hooch (living quarters),” Miller said.

After almost four years, he was discharged and entered inactive reserve for two years. But he and his fellow soldiers returned to a national cold shoulder.

“We wouldn’t wear our uniforms in public when we came home or when we were on leave. When we flew home, we’d land at Travis Air Force base in San Francisco, change and put civilian clothes on before we’d get on the bus to catch a plane home,” Miller said.

“It was a controversial war, and we’d been lied to so much after Kennedy died, by Johnson and all of his cronies," Belinda said. "People didn’t understand what was going on. He had a hard time finding a job, people weren’t hiring Vietnam vets.”

He eventually landed at Sunnen Products in St. Louis and became a senior engineering tech, retiring after 26 years. Facebook has helped him maintain contact with those who served at NPK.

“I went to a reunion in Dayton, Ohio, a couple years ago, that’s when I learned what I didn’t know as a 19-year-old,” he said. “I found out from four-star generals and ex-CIA officials who told us what was really going on.”

Miller said he remembered some of the bombs dropped up and down the Ho Chi Minh trail had sensors in them. He said when the sensors hit the ground, they’d open and unfold to blend into the foliage.

“So the war we were fighting in Nha Ka Phanum, we found out, was a secret war in northern Laos, where the Ho Chi Minh trail came out of North Vietnam and it circled through Laos and came back into the demilitarized zone,” Miller said. “We weren’t really fighting in Vietnam, we were flying mostly secret missions in Laos, because President Kennedy promised the Laotian president we would help protect them against the North Vietnamese. It’s a shame, because when it all ended, we left the people of Laos stranded, we just pulled out.”

Miller said another reunion topic was Agent Orange. He heard reports from men who sprayed the herbicide, and saw pictures of its effect on NPK.

Miller said it might help explain why he has eight stents in his heart, COPD, and neuropathy in his legs “where I don’t feel my feet.” He also wears hearing aids, “and if I don’t wear the hearing aids, I have tinnitus from flying in planes, escorting bombs, with the windows broke out.”

He’s been declared disabled by the military. “It took him 14 years to get to this point. They don’t want to acknowledge that the disability came from fighting that secret war,” Belinda said. “The people who were in Thailand are having a hard time proving they were in the Vietnam War, exposed to Agent Orange.”

The almost 50 years since he made it back have made Miller philosophical about that time — and sometimes, Belinda said, the situations he experienced returned in nightmares that tortured him while he slept.

Amid all the albums, the fond memories, the terrible ones, the challenges he overcame and the relationships he made, he still marvels at the experience.

PHOTOS: Leonard Miller recalls his time as an munitions specialist

“It was a different time, an unpopular war,” he said. “But I’m not sorry I enlisted. I don’t regret it. All these wars since then, Afghanistan, Kosovo. What’s the purpose? These leaders who decide when a country goes to war, why are we really going? Makes me wonder.”

Store aims to support those who served

Area vets have a new ally in a Vietnam veteran whose new store not only offers a wide variety of military-themed items for sale, but donates a…

Military honors were recently held in Farmington for a veteran who served in the 1780s — almost 240 years after he was on active duty. 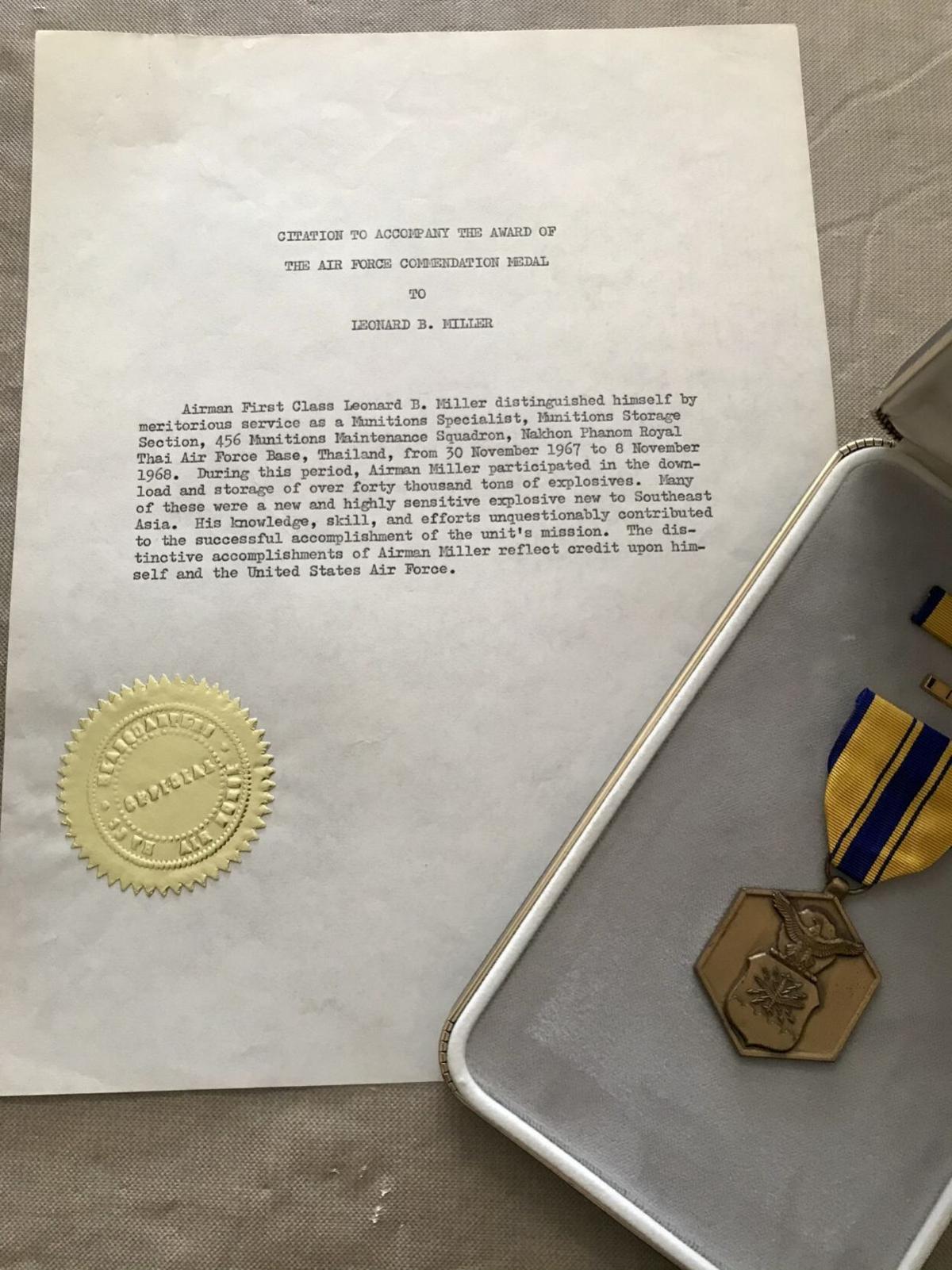 Pictured is Leonard Miller's commendation award and medal for working on a top secret bomb in a war no one was supposed to know about back home. 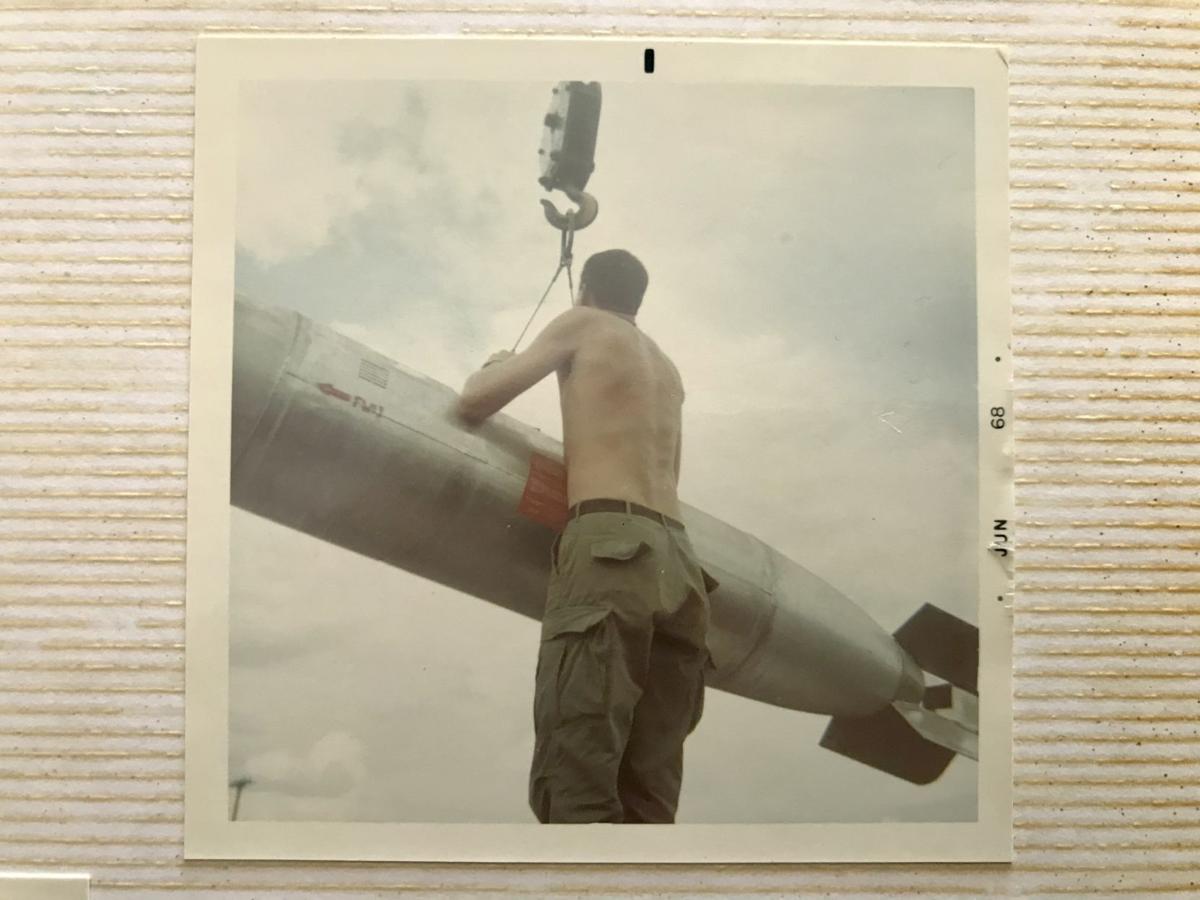 Shown here is the bomb that earned him a commendation. 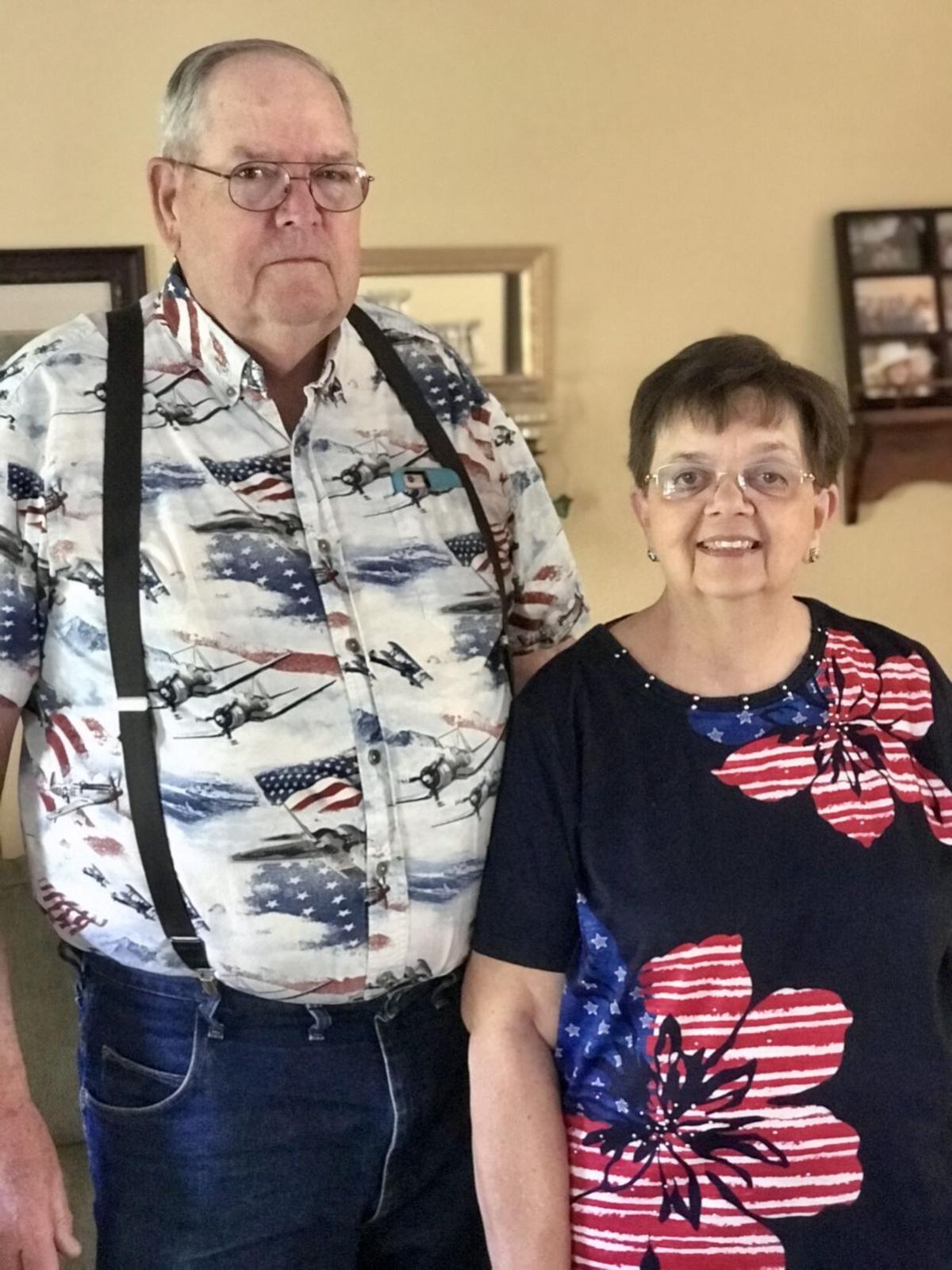 Leonard and Belinda Miller of Desloge have been married for almost 50 years. They met between Leonard's stints in Thailand and Vietnam.

Pictured is Downtown Nakhon Phanom in the late 1960s, Thailand.