Virus lockdowns are fading, but GOP outrage in campaigns isn't; military suicides up in COVID era

Never give up hope: The Shawn Hornbeck story
0 comments
Share this
Return to homepage × 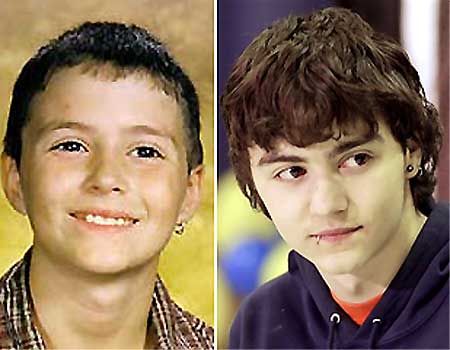 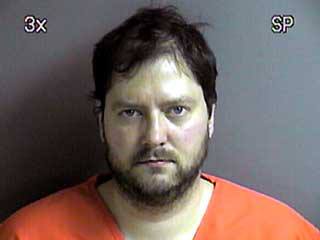 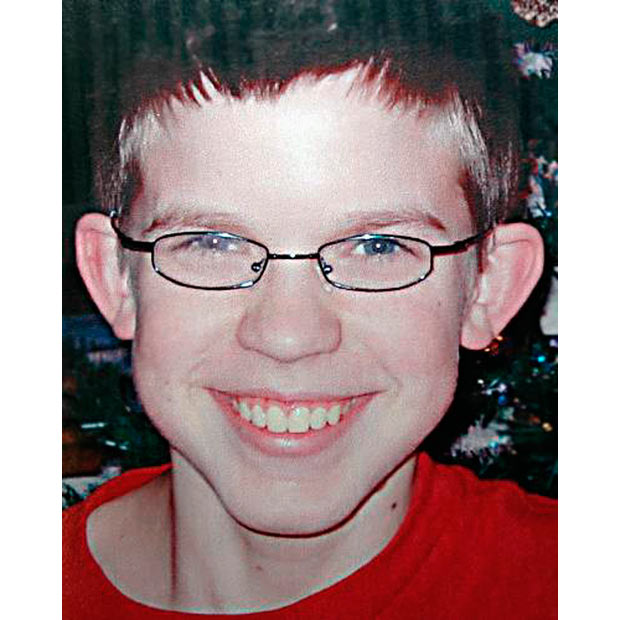 Been Ownby was 13 years old when he was abducted by Michael John Devlin in Franklin County. Days later he was found alive in Devlin’s Kirkwood apartment, along with Shawn Hornbeck, then 15 years old, who had been kidnapped more than four years before.

The Oct. 6, 2002 kidnapping of Richwoods 11-year-old Shawn Hornbeck while riding his bike to a friend’s house, caught the attention of Missourians and, within just a matter of days, that of the entire nation.

Michael John Devlin, a pizza restaurant manager, was taken into custody Jan. 12, 2007 and charged with the abduction four days earlier of 13-year-old William Benjamin "Ben" Ownby, whom police found that day at his Kirkwood apartment. At the time of his discovery, law enforcement officials also found Hornbeck who had gone missing for more four years, three months and six days. During that time Hornbeck lived with Devlin who had presented the boy as his son.

On the day of his abduction in 2002, Devlin reportedly knocked Hornbeck off his bike with his vehicle, feigned concern, but then grabbed the boy and forced him into his vehicle.

He told Hornbeck, “You were just in the wrong place at the wrong time.”

Immediately after his disappearance, volunteers — along with law enforcement, firefighters and emergency personnel from around the nation — searched the area for the youngster. His parents, Pam and Craig Akers, were interviewed on a number of TV shows, including “America’s Most Wanted.”

In the years Hornbeck went missing, tips and rumors were followed up on by law enforcement and the family with no results. It was feared by many that the boy was dead.

After Hornbeck was rescued, it was learned he had often been seen, albeit unrecognized, in public. He had a girlfriend, often walked around a local shopping mall and even spoke with a police officer when his bicycle (not the one he was riding when abducted) was stolen.

Possibly most heartbreaking, he posted a message on the website his parents had put up in hopes of gaining clues to his disappearance, asking them how long they would keep looking for him and signing his post under the name Shawn Devlin.

While many questioned why Hornbeck had not attempted to escape during his years of captivity, experts said Devlin had kept the boy under his control through fear and threats of death if he ever revealed his whereabouts.

Hornbeck and Ownby were discovered after police noticed Devlin's white pickup truck in the apartment complex parking lot. The truck matched a description given by 15-year-old Mitchell Hults of a vehicle he spotted in the vicinity of Ownby’s abduction. The police had gone to Devlin’s apartment complex to serve an unrelated arrest warrant.

Soon after Devlin's arrest, prosecutors and investigators from Washington, Franklin, St. Louis and Lincoln counties — along with the FBI, the Missouri State Highway Patrol, and Kirkwood and St. Charles police — formed a task force to investigate Devlin's possible involvement in other unsolved cases.

On Jan. 18, 2007, Devlin pleaded not guilty via closed circuit television on the charges of child kidnapping. Prosecutors in the case said Devlin had already confessed. He was held at the Franklin County Sheriff's Department on a $1 million cash-only bond. He also had a $3 million bond in Washington County.

In a controversial jailhouse interview that same month with The New York Post, Devlin was quoted as saying "I don't know how I'm going to explain myself to my parents." During the same interview he claimed to have been happy while Hornbeck lived with him, and lonely prior to that, since most of his friends had gotten married and disappeared.

On Feb. 5, 2007, St. Louis County Prosecutor Robert McCulloch added 71 new felony charges to the existing charges previously filed by Washington and Franklin County Prosecutors. The first 18 counts — one count of kidnapping and 17 counts of forcible sodomy — pertain to the 2007 abduction. The remaining 53 charges are kidnapping and forcible sodomy charges related to the 2002 abduction of Hornbeck. Each of these individual counts was a felony and carried the possibility of life in prison.

A Feb. 6 motion by Devlin's attorneys, Ethan Corlija and Michael Kielty, for a gag order against the New York Post and reporter Susannah Cahalan was denied in Franklin County Court. Franklin County Associate Circuit Judge David Tobben also denied a motion for her to turn over her notes to the attorneys, and denied or refused to immediately hear two other requests by Devlin's attorneys.

In March, Devlin was charged in federal court with four counts of producing child pornography and with two counts of transporting a minor across state lines to engage in sexual activity in both Arizona and Illinois. According to prosecutors, all six counts relate to the kidnapping of Hornbeck.

Prosecutors announced on Oct. 6 that Devlin would plead guilty to all charges against him in all four jurisdictions and did so two days later in Washington County. During that court appearance, he was sentenced to life in prison for child kidnapping and to a shorter, concurrent sentence for armed criminal action. On Oct. 9 and 10, he appeared in the three other jurisdictions in which he had been charged in the Ownby, Hornbeck and child pornography cases.

Devlin was subsequently sentenced to an additional 170 years for making pornography of one of the boys while in captivity. Devlin was transferred to the Crossroads Correctional Center in Cameron, Mo., to begin serving the first of his life sentences on Jan 30, 2008.

During breakfast at the dining hall of Crossroads Correctional Center in April 2011, Devlin was stabbed several times with two "ice picks" by another inmate in protective custody, Troy L. Fenton, who is serving a life sentence for robbery and for shooting a police officer. Prison guards spotted the assault and ordered Fenton to stop. He complied by dropping to the ground on his stomach. Devlin received several wounds, was briefly treated at a hospital and returned to the prison.

In a May 2013 interview with the St. Louis Post-Dispatch, it was learned that Hornbeck — at that time 21 years old — worked a 40-hour-a-week job at a metal fabricating company in Pevely and continued to live with his parents in their Richwoods home.

He said that, when missing children are found, it doesn’t necessarily bring back bad memories for him from his years under the control of Devlin. Instead, it brings good memories of the day police walked him into a room to be reunited with his parents.

Been Ownby was 13 years old when he was abducted by Michael John Devlin in Franklin County. Days later he was found alive in Devlin’s Kirkwood apartment, along with Shawn Hornbeck, then 15 years old, who had been kidnapped more than four years before.