The family of Mikayla Jones is seeking answers and justice after commissioning a second autopsy in the Farmington teen's death investigation. Her body was found on the side of a Washington County highway in May.

Jones was 18 years old when her life was tragically cut short earlier this year. She was reported missing on May 7, and search efforts began. On May 20, the teen's body was found near Route M between Caledonia and Irondale in Washington County.

Andrew Pierce, 33, and Ethan Civey, 24, were reportedly seen with Jones before her disappearance. When interviewed by the Washington County Sheriff's Office, both men reportedly admitted that they had disposed of the teen's body. The two men were subsequently charged with tampering with physical evidence, abandonment of a corpse, and hindering prosecution.

Both men have pleaded not guilty to the charges, and a preliminary hearing is scheduled for Aug. 24.

Police reports state that Pierce and Civey admitted to destroying drug evidence after Jones' death. In a press release following the discovery of Jones' body, Washington County Sheriff Zach Jacobsen said investigators suspected the teen's death was due to an accidental drug overdose.

Stacie Jones, Mikayla's mother, said her daughter did not have a history of drug use, nor was she known to hang out with anyone who used drugs. Not believing the overdose narrative in the death of her daughter, she sought out a second autopsy.

Stacie commissioned St. Louis-based Forensic Pathologist Dr. Jane Turner, who performed the second autopsy examination on May 30. Turner said that the examination could not determine Jones' cause of death; however, it did raise questions.

Regarding the toxicology report, Turner said the concentrations of drugs found in Jones' skeletal muscle could not be used to measure intoxication or toxicity and could only indicate that the drugs were present in the body.

"The concentrations of the drugs reported by the toxicology laboratory have no clinical correlate as postmortem skeletal muscle is not a clinically tested and validated matrix for interpretation, as is blood," Turner's report noted. "Accordingly, interpretation of the drug concentrations in post mortem skeletal muscle, with respect to intoxication or toxicity is scientifically and medically unsupported."

The pathologist explained that she found a linear skull fracture and contusions of the left knee. She said that because of the skeletonization (state of decomposition) of the body, she could not determine if the injuries occurred before or after Jones had died. She noted that the skull fracture and contusions could raise concerns about homicide, but the injuries would need to be reviewed further by a forensic anthropologist to determine their origin.

"Microscopic examination confirms the presence of contusions of the left knee," Turner explained. "The fracture of the inner table of the calvarium (skull) may or may not represent antemortem (before death) injury. Its presence, along with the circumstances surrounding Ms. Jones' disappearance, and the milieu and which her remains were discovered raises concern for possible homicide as the manner of death."

Jones' mother said she whole-heartedly believed that foul play was involved in her daughter's death and that the evidence was clear.

"Anybody with any common sense whatsoever knows that my daughter left here healthy, and her heart didn't just stop beating," Stacie said. "She had no health issues. And then what they did with her body and such. I mean, anybody common sense can see that there was foul play."

Washington County Prosecuting Attorney Joshua Hedgecorth said last week that no decision had been made on filing homicide charges. He said he was still waiting on evidence and reports before deciding the appropriate actions to take.

"So, at this time, I have everything from the sheriff's office or everything that they have so far. New things can always happen," said Hedgecorth. "I also have the autopsy report from Dr. (Russell) Deidiker, which is typically the pathologist that most law enforcement uses around here.

"I do not have anything from the Highway Patrol yet," he explained. "So I've just been waiting on that -- all their reports, recordings, and things like that; I don't have that yet. The last thing I don't have is the second autopsy report.

The prosecutor said he had to issue a subpoena for the autopsy report after his request for it had been denied. Stacie said she declined the prosecutor's request on the advice of her attorney. Her attorney was unable to be reached for comment on the matter.

"So we've been waiting on that to be completed," Hedgecorth said. "Because I will certainly take a look at that, and I would like to see what the findings are and talk to both pathologists. I don't even know if there are any discrepancies because I haven't seen it."

He said he had received a preliminary report, but it did not contain any findings.

"Once I do get a copy of [the second autopsy report], and once I get everything from Highway Patrol, I will sit down and look at everything, and I will certainly look at the second autopsy," said Hedgecorth. "But like I said, I don't have a copy of it, so I don't even know what it says right now. So that's kind of where I'm at with that part of it."

"...I imagined that whenever I get [the second autopsy report], I will be wanting to call Dr. Turner, as well as Dr. Deidiker, and ask them their opinions on the various autopsies," the prosecutor explained. "I'm just not informed enough to make those kinds of decisions yet. And it's unfortunate that there's such a rush to judgment in this case when we don't even have all the evidence yet. And I've made no bones about it that no decision has been made at this time."

Mikayla's mother said she would never stop seeking justice for her daughter. There is a Facebook Page, "Justice for Mikayla," dedicated to sharing information and updates.

No charges will be filed against superintendent following accident involving cyclist

Police Chief Rick Baker stated Ruble was traveling on Franklin Street approaching Third Street when the 12-year-old juvenile rode through the intersection.“Third Street has a stop sign,” Baker said. “The bicyclist should have yielded to the vehicle. When it ran through the intersection, Ruble hit the brakes and hit the rear wheel of the bicycle, causing the juvenile to be thrown from the bicycle.

A St. Louis area man is in custody in St. Francois County this week after allegedly sexually assaulting a woman at an area substance abuse reh…

U.S. District Judge Ronnie L. White on Thursday ordered the fourth of four defendants involved in a tax fraud conspiracy to pay $26,558 to the IRS.

Three were injured in a two-vehicle crash Wednesday.

A Farmington woman was injured in a three-vehicle accident in Jefferson County Thursday afternoon.

Aiden Moriarty was crowned Farmington Homecoming Queen Friday night during halftime at the home game against the Cape Central Tigers.

Missouri may turn to private company for prison food service 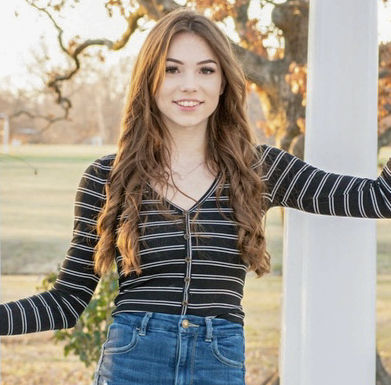 Events leading up to the death of Farmington teen Mikayla Jones are still being questioned by family members and friends seeking answers and justice nearly three months after Jones' body was discovered in Washington County. 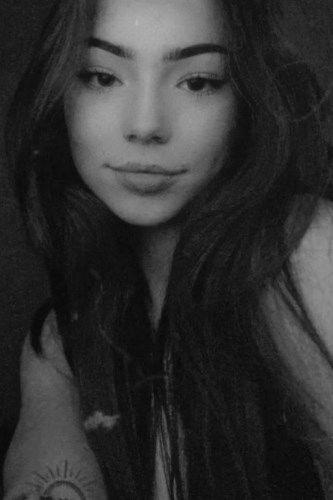 Mikayla Jones was 18 years old when she died.