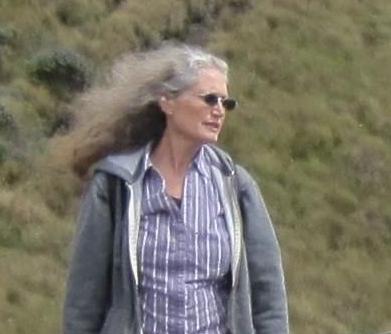 Testing has determined that Lynn Messer's remains were in the woods for a two year time period she was missing. 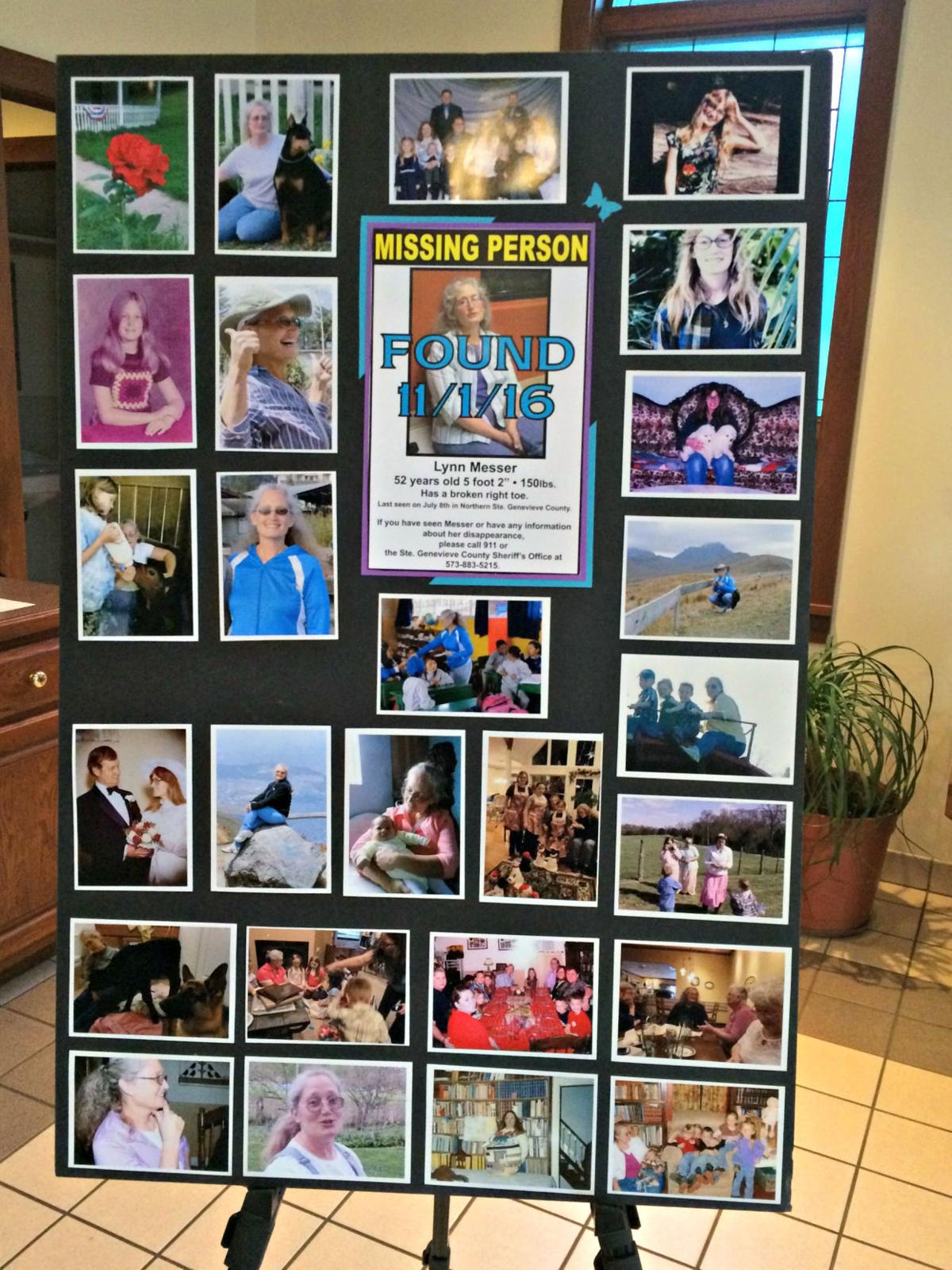 New details have been released regarding Lynn Messer's remains. This photo wall was used during a memorial service for the Ste. Genevieve County woman. Her remains were located late last year. 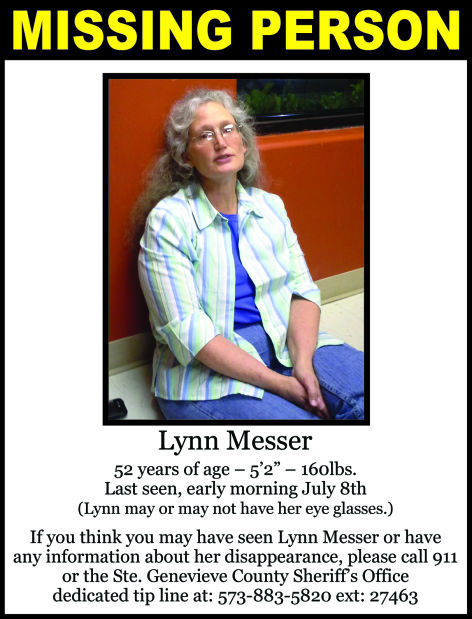 New details have been released on the disappearance of Lynn Messer after some of the results came back from forensic testing that was done on her remains.

Lynn Messer went missing more than two years ago on July 8. Her husband Kerry Messer, 57, a conservative Jefferson City lobbyist, woke in the early morning hours at his Ste. Genevieve home to find his then 52-year-old wife missing.

Lynn’s remains were discovered on Nov. 1, 2016, in the woods on the back edge of one of the family farm's cow pastures. One of her sons was scouting for areas to hunt. The woods were immediately considered a crime scene and the sheriff’s department, along with the FBI, collected forensic evidence to help find answers.

“She sent a report back on what she did and from what Dr. Mary Case could determine from the bones recovered, it does appear (Lynn) was out there for the two year time period,” said Schott. “From the time she disappeared until the time she was discovered.”

“Nothing has come back saying the absolutely definitive cause of death,” said Schott. “We are sending off hair samples that were also recovered when we recovered the body. Those are being sent off for toxicology testing. I’m not sure how the testing will work, but I do believe the medical examiner feels it will produce some answers. We are trying to see if anything will come back on the toxicology report.

“A lot of things have transpired from the point they discovered body up until this point, so I don’t know all the details.”

Schott said at this time they haven’t been able to determine the cause of death and the case will remain open until they can.

“I don’t see us closing this case any time soon,” said Schott. “We will keep it open as long as there is some sort of information, no matter how fast or slow it is coming in. Our intent at this point is to keep it open until we determine what actually happened."

Schott said all the items located with Lynn’s remains were collected and picked up by the FBI Forensic Team. They either took them or the sheriff’s department sent them to the Missouri State Highway Patrol crime lab and the St. Louis Medical Examiner’s office.

An intense investigation started the morning Lynn was reported missing and after Kerry searched the common areas around their 250 acre farm where she would normally be found.

The Messer farm soon turned into a command post where St. Louis Regional Command Post, Eureka Search and Rescue, along with K-9 teams, local fire departments and volunteers were all on scene searching full force for his wife.

A break in the case came when Lynn's son discovered the human remains just before the fall deer season this past year.

For the time being Lynn’s remains will stay in the custody of the sheriff’s department and may be released to the family sometime in the future.

Lynn Messer case to be featured on TV series Sunday

The disappearance of Lynn Messer, a story which has been told by countless media outlets nationwide, is going to be the subject of a program a…

Who is Lynn Messer?

On Nov. 1 several items were located near or on the remains of Lynn Messer, who went missing over two years ago.

In a time where family should pull together, the Messer family has found themselves distant from one another.

Son speaks on how remains were found

Aaron Messer, son of Lynn Messer, explained how he came to be on the farm and how his daughter found Lynn’s remains.

Kerry speaks on accusations and possibility of suicide

Kerry Messer discussed the emotions he felt when his wife's remains were found this month.

** Editor's note - This is a portion of the interview with Kerry Messer on Monday at his family farm. Be watching for a more detailed story on…

Skeletal remains were found on the Messer farm at the junction of Route DD and Dry Fork Road in Ste. Genevieve County Tuesday evening around d…

Still no answers on how Lynn Messer died

Testing has determined that Lynn Messer's remains were in the woods for a two year time period she was missing.

New details have been released regarding Lynn Messer's remains. This photo wall was used during a memorial service for the Ste. Genevieve County woman. Her remains were located late last year.