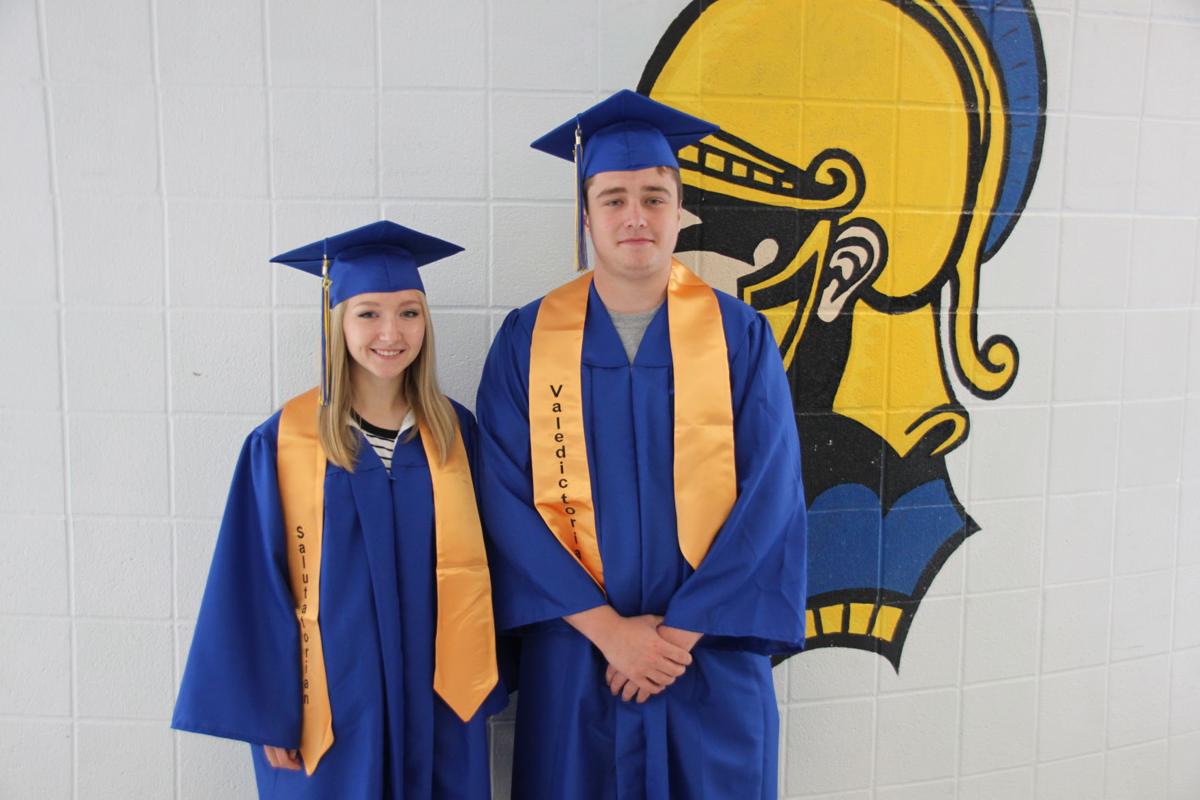 Joseph O’Hara, right, was named as North County's Class of 2017 valedictorian and Chloe Bess, left, was named this year's salutatorian. 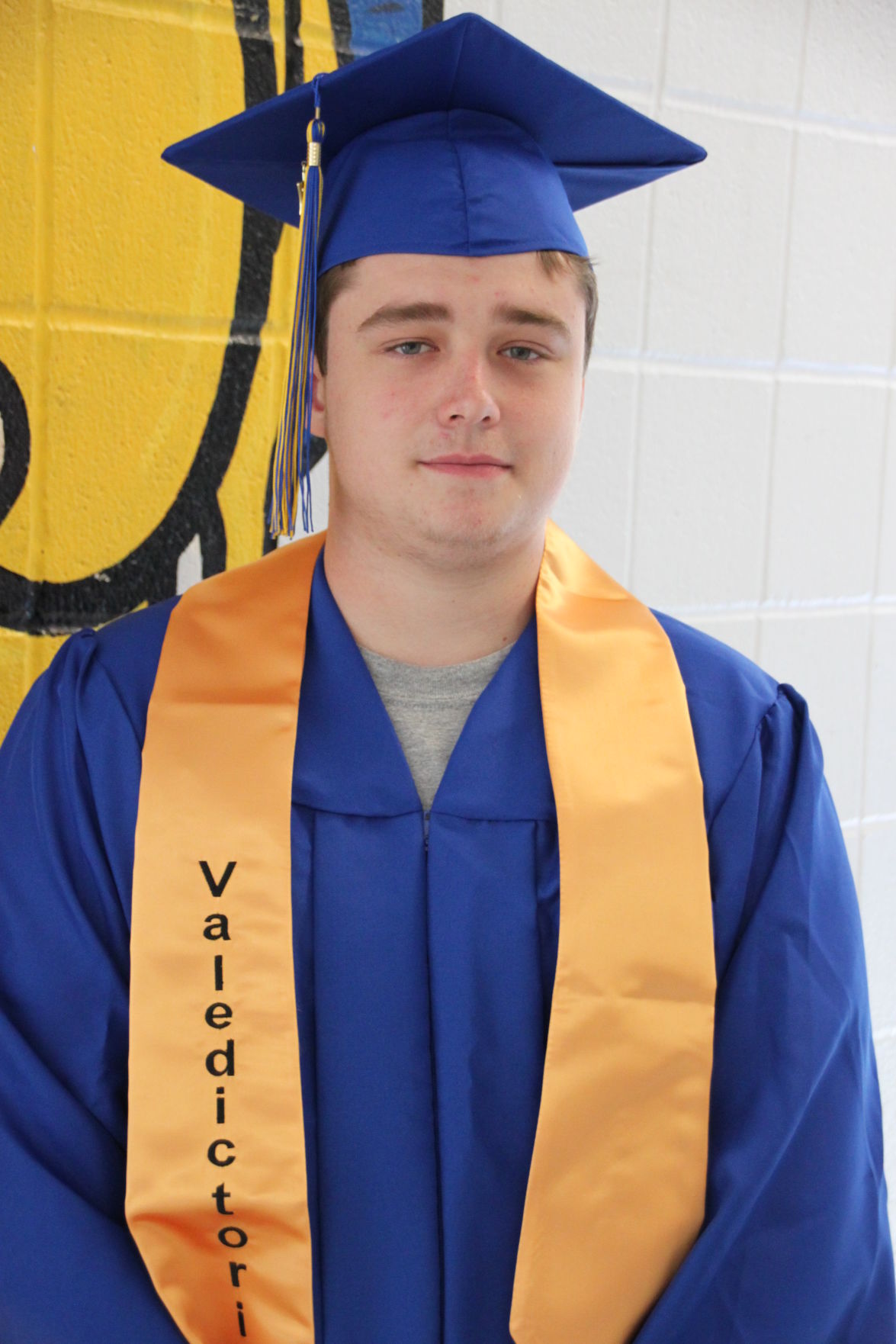 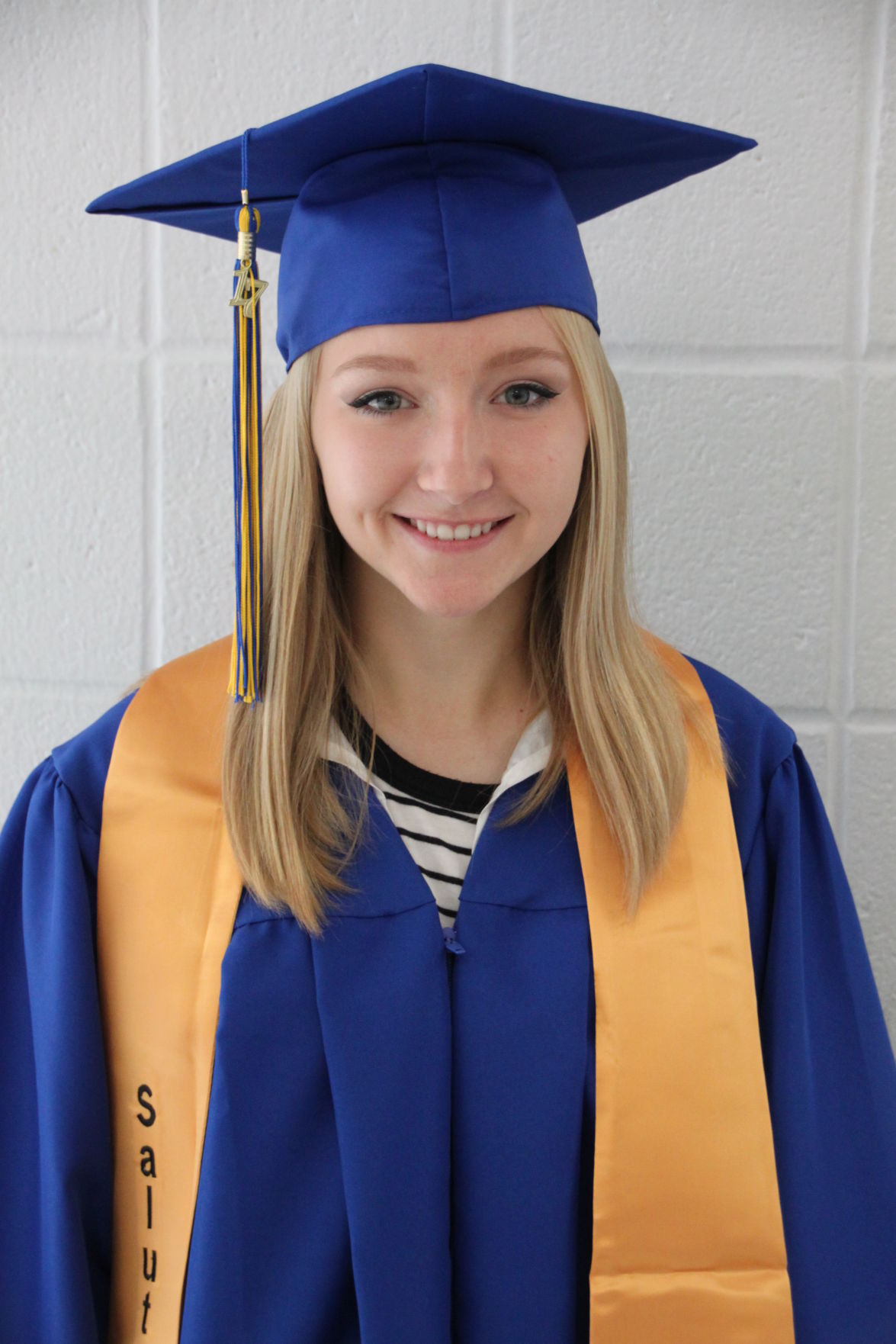 The North County Class of 2017 will be giving their final good-byes to North County High School when they graduate Thursday evening.

North County Superintendent Dr. Yancy Poorman said as of right now they still plan to hold graduation on the football field at 8 p.m. and will make a definite call Thursday afternoon after reviewing the weather forecast again. If inclement weather should dampen this year’s graduation, the event will be held at the Farmington Civic Center.

“We are thinking we are good weather-wise and this is one of the smallest classes we’ve had, so it should only take about 45 minutes to an hour total," Poorman said.

Parking will remain much the same.

“They will be allowed to park both at the high school campus and the primary campus,” said Poorman. “There will be shuttle buses running back and forth every 15 minutes from the primary.”

He added they will also have the courtesy carts working the parking lot and the roads around the football field.

“They do only hold six people at a time, but still it’s better than walking from some of the places,” said Poorman. “Then the overflow parking, should there be any, will be beyond the preschool center on the parking lot by MC Black (Lane). We don’t ever use that, but it’s always there.”

This will be the second year graduation will be broadcast over the video board on the football field, which allows parents and loved ones to catch a better glimpse of their graduating students accepting their diploma.

“They are going to broadcast the processional and the speakers,” said Poorman. “They will also have the wide shot as they are preparing for it. It will all be broadcast on the video board, as the students come in, the speakers and as they get their diplomas.”

Poorman said they also signed permission forms for live streaming for a couple of the radio stations.

“They will be live streaming on the internet and of course we will have recordings afterwards available for the seniors,” said Poorman. “Last year was the first year we put it on the video board and we decided this year we were going to put the camera out on the football field, so it’s a direct shot.”

Poorman said they’d like everybody to see the speaker while they are speaking, so rather than show the class or the stage, they are going to focus on the person at the podium.

“People were saying is was hard for them to see the actual speaker,” said Poorman. “We were off to the side last year and it was mostly the stage. They said they were up there, but they were small and couldn’t see them.”

He added they will put the camera operator on an elevated platform so they aren’t looking up at the speakers.

The speakers will include the valedictorian and salutatorian.

Joseph O’Hara was named as this year’s valedictorian and this year’s salutatorian is Chloe Bess.

Coming from a private school, O’Hara never expected be anywhere near the top of the class.

“As I was coming up that direction it comes a pretty big surprise to me over the last four years,” said O’Hara. “I was working towards it and I definitely had to put a large amount effort to remain near the top.

“My parents are very proud of me. They always thought I would do well in school and they are happy I have kept up on my grades,” said O’Hara. “I plan to go to Saint Louis University for my undergraduate degree and then attend a medical school to eventually become a neurosurgeon.”

O’Hara made a lot of friends in the four years he attended North County and he really hopes to stay in touch with them.

“I played football for four years, did wrestling for three and track one year,” said O’Hara. “I was also on the student council for one year.”

Bess said it is a great honor to be salutatorian of her graduating class and she knows there has been a lot of competition.

“I’m honored to be salutatorian,” said Bess. “I have been working towards this all four years and when I found out I was being named I was proud. I reached my goal of getting an 11 point GPA … and my parents were proud of me too.”

Bess added she plans to attend the Missouri University of Science and Technology to major in chemical engineering.

“I hope to work with renewable energy to help prevent and hinder global warming with my degree,” said Bess. “I think I had a good high school experience with just all the activities and friends I have made the last four years, along with the good grades I have made.”

Bess feels she had a good experience all the way around in her four years of high school at North County. She was in marching band, symphonic band, girls’ soccer, scholar bowl, national honor society and student council.

“I plan on making arrangements to visit all my friends I have made over the last four years here,” said Bess. “This isn’t the end, I have plenty of things to look forward to later in life and I know others do too. This is just a step in a new direction.”

WH: Omicron variant found in 20 countries, not US

Joseph O’Hara, right, was named as North County's Class of 2017 valedictorian and Chloe Bess, left, was named this year's salutatorian.