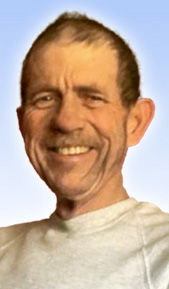 FARMINGTON – Donnie Harris of Farmington passed away on July 28, 2020, at his residence at the age of 60. He was born in Farmington, Missouri, on December 10, 1959, to Francis and Barbara (Holmes) Harris.

Donnie was a truck driver for many years, last at Climate Express. He enjoyed fishing, hunting, cooking, working on projects in his garage, playing cards but most of all spending time with his grand kids. Donnie had a great sense of humor who loved making people laugh with his corny jokes. He will be fondly remembered and dearly missed by all who knew and loved him.

He was preceded in death by his grandparents, Bill and Pearl Holmes and Alvis and Annie Harris, father-in-law and mother-in-law, Alvin and Yvonne Easter, and a great-nephew, Kaden Majercik.

A visitation will be held on Saturday, August 1 from 11 a.m. until time of service at 1 p.m. at Cozean Memorial Chapel. View the online obituary and share your condolences at cozeanfuneralhome.com.

To plant a tree in memory of Donnie Harris as a living tribute, please visit Tribute Store.