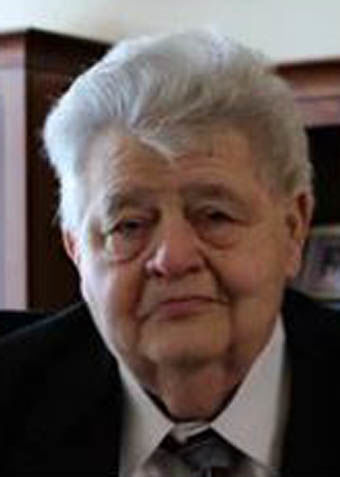 JEFFERSON CITY, Mo. -- Franklin Joseph Burcham, 77, of Holts Summit, passed away Friday, September 6, 2019, at Capital Region Medical Center, surrounded by his family. He was born September 17, 1941, in Bonne Terre; a son of the late Joseph and Flora (Tessereau) Burcham. Frank was united in marriage to Mary Elaine Richard July 2, 1966, at St. Peter Catholic Church in Fulton.

Frank was a 1959 graduate of Esther High School and completed college degrees at Mineral Area College, Lincoln University, and Central Missouri State. As he was working his way through college, Frank met the love of his life, Elaine, and a few years later they married. In 1966 Frank joined the Army and helped care for Vietnam veterans who needed his assistance as a social worker. While stationed at Ft. Carson in Colorado Springs he was awarded the distinction of Soldier of the Year.

As the years passed and their family grew, Frank and Elaine moved back to Missouri and for 17 years he served as Vice President of Presbyterian Children’s Services overseeing campuses in Missouri and Kansas. He went on to be the Director of Good Samaritan Boys Ranch, was a founder of and President of the Missouri Child Care Association, and served as President of the National Coalition of Juvenile Justice. Service was Frank’s life and he always put others before himself. He was an entrepreneur as well. With his wife Elaine he founded Country View Management, purchased Shady Oaks Residential Care Facility, and consistently invested in rental properties. Frank loved being with Elaine and they loved to travel. Together they traveled all 50 states and he can say that he drove in all of them. In addition, they toured abroad in Italy, Mexico and Canada. Frank was an avid St. Louis Cardinals fan, an incredible mathematician, a continuous learner, a craftsman and he had an uncanny ability to visualize things in his head. Frank truly enjoyed designing, remodeling and building residential and commercial properties. Most of all, he was a man of faith and cherished spending time with his family.

He was preceded in death by his brother, Harold G. Burcham; sister, Norma R. Burcham; and brother-in-law, Thomas J. Williams.

Family and Friends will be received from 4-7 p.m. Tuesday, September 10, 2019, at Houser-Millard Funeral Directors. Rosary service will follow at 7 p.m. Mass of Christian burial will be held at St. Andrew Catholic Church 10 a.m. Wednesday, September 11, 2019, with Fr. Joseph Corel officiating. Interment will be at Callaway Memorial Gardens in Fulton. Expressions of sympathy can be made to St. Clair Butterfly Foundation or St. Jude’s Research Hospital for Children.

Arrangements are under the direction of Huser-Millard Funeral Directors, 2613 West Main Street, Jefferson City, Missouri 65109 (573) 636-3838. Condolences may be left online for the family at www.millardfamilychapels.com.