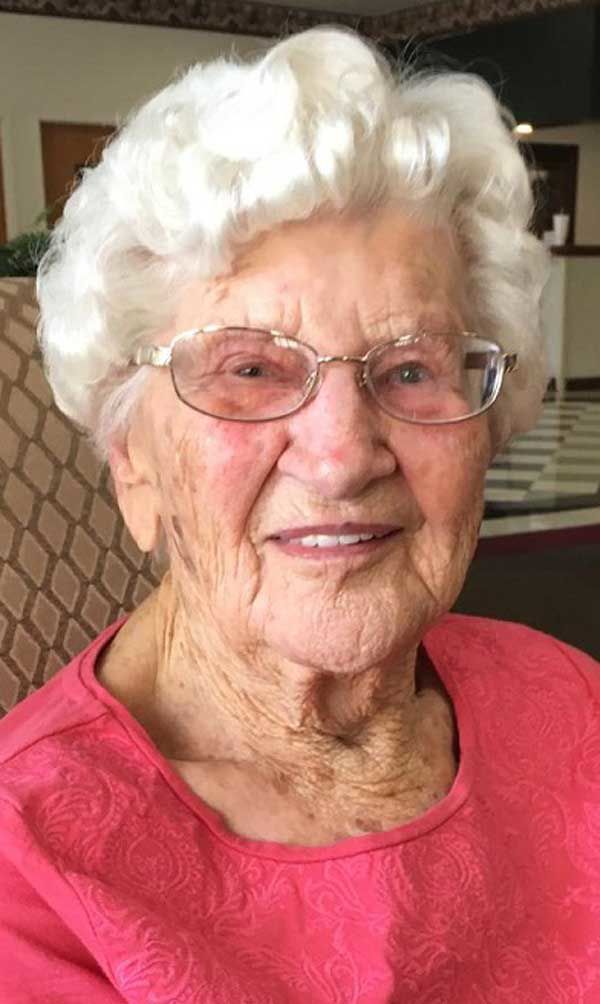 She was preceded in death by her parents; and loving husband of 35 years, Walter Ellsworth Cook until he passed in October of 1969. Walter and Sula were married in 1934. One grandson, Dr. Curt Cook; and one sister, Donie Hammerschmidt also preceded Sula in death.

Special thanks to Country Meadows Nursing Home and Hospice for taking such loving care of our mother.

She was preceded in death by a Sister, Carolyn Dahm. 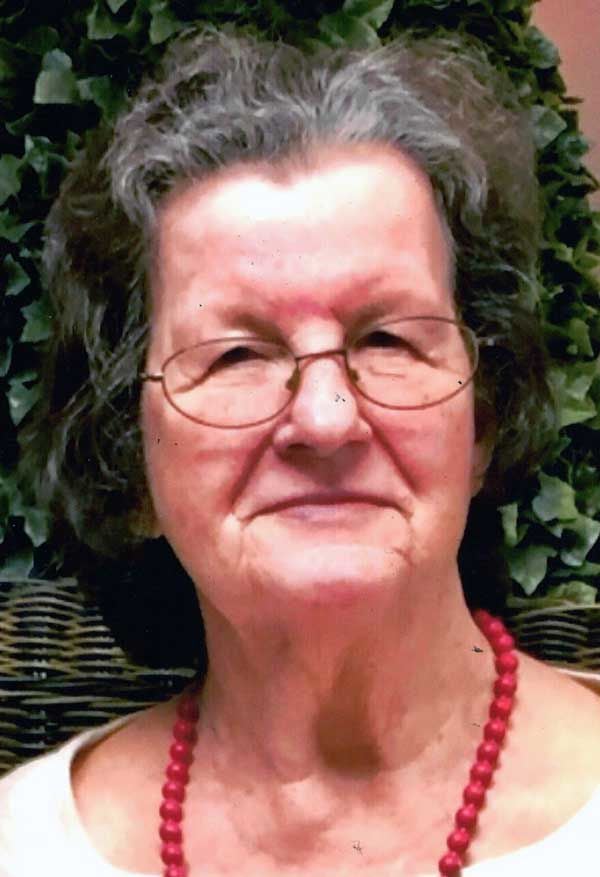 BONNE TERRE -- Fern Stegall, 79, of Bonne Terre, passed away March 20, 2020, at her residence. She was born on March 17, 1941, in Bonne Terre to the late Walter Howard and Naomi (Eggers) Pettus. Fern was a member of the Primrose Baptist Church.

In addition to her parents, Fern was preceded in death by her husband, Lynn Henry Stegall; two sisters; and six brothers.

Visitation will be private, Monday, March 23, 2020, from 5 p.m. until 8 p.m. at Primrose Baptist Church in Bonne Terre. Funeral service will be private, Tuesday, March 24, 2020, 11 a.m. at Primrose Baptist Church with Rev. Randy Murphy officiating. Burial will follow at Germania cemetery in Bonne Terre. Arrangements are under the direction of C.Z. Boyer & Son Funeral Home in Bonne Terre. Memorial donations may be made to the National Kidney Foundation for dialysis research. View obituary and share condolences online at www.czboyer.com. 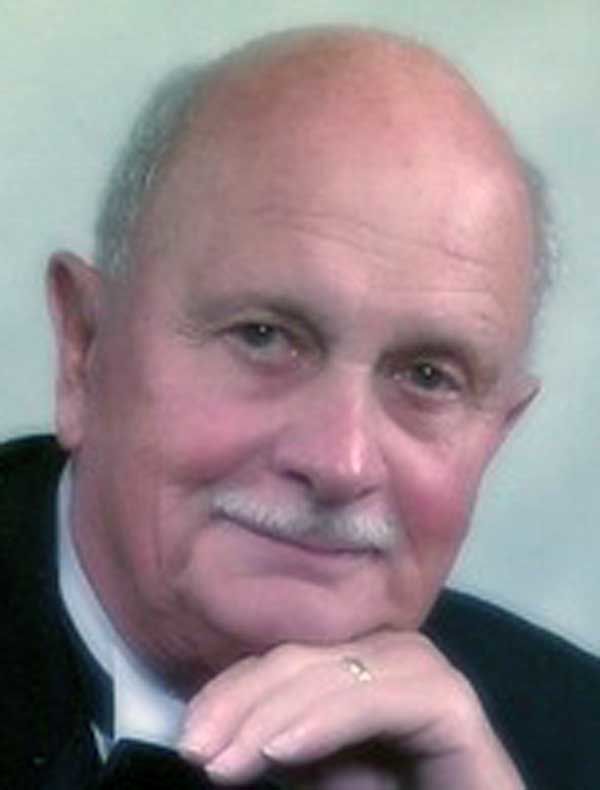 FARMINGTON – Donald H. Wade, 85, of Farmington passed away suddenly March 19, 2020, at Barnes-Jewish Neuro ICU in St. Louis, Missouri. He was born in Farmington to the late Clarence Earl Wade and Viola Theresa (Harter) Wade. In addition to his parents he was preceded in death by his brother, Edsel Wade and sister, Geraldine (Wade) Sorensen.

Donald was retired after a forty-year career as an engineer and inspector with MoDot. He was a past Exalted Ruler of the Farmington Elks Lodge and a member of Memorial United Methodist Church. Some of his favorite things in life were traveling with his wife, Annajean, to many international and exotic destinations throughout their many years of marriage. He also enjoyed being captain of his various boats, snowmobiling and making fine wine. He will be remembered as a kind, gentle and fun-loving man who cherished spending time with his family and friends. One of his favorite traditions was to “salute the sunset with a toast” with his wife, and to reflect on how wonderful life has been.

Survivors include the love of his life, and wife of 65 years, Annajean (Welch) Wade; his daughter, Kelly (Kirk) Reimann; a brother, LeRoy Wade, all of Farmington, and a sister, Barbara Cornelison of Naperville, Illinois; and a host of nieces, nephews and extended family throughout the country. He also leaves behind his special granddogs who miss him greatly.

There will be a memorial visitation and service held in July; the date and time to be announced at a later date. Memorials, if desired, may be made to the Farmington Pet Adoption Center or the Memorial United Methodist Church in care of Cozean Memorial Chapel. View the online obituary and share your condolences at cozeanfuneralhome.com.

FARMINGTON - Robert "Joe" Scoggins, of Farmington, passed away March 20 at the age of 69. Instate Monday from 5 p.m. until time of service at 7 p.m. at Cozean Memorial Chapel. View the full obit at cozeanfuneralhome.com. 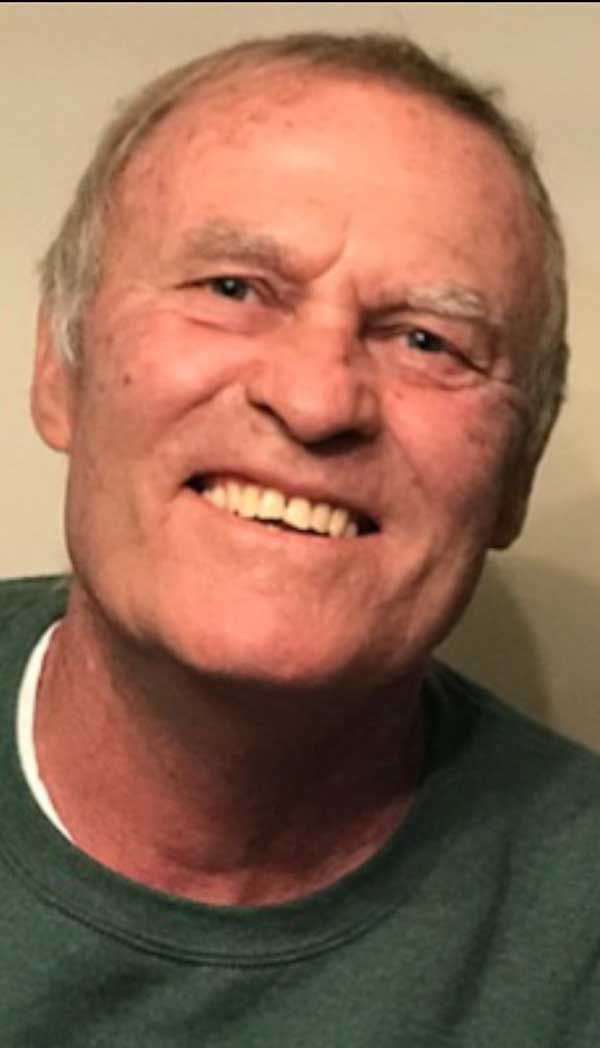 FARMINGTON – Robert “Joe” Scoggins of Farmington, passed away March 20, 2020, at his residence at the age of 69. He was born in Morrellton, Arkansas, on February 21, 1951, to the late Arlie and Myrtle (Hendrix) Scoggins. In addition to his parents, he was preceded in death by his siblings, Lorene Reece, Arlie “Bud” Scoggins, Rosie Simms, and Doris Scoggins.

Joe worked as a delivery driver for Amerigas. He was very social and never met a stranger. He was always happy with a smile on his face and eager and willing to help others. He enjoyed mowing, working on lawn mowers, deer hunting, camping and playing the lottery. Joe will be fondly remembered and dearly missed by all who knew and loved him.

Visitation will be held on Monday, March 23 from 5 p.m. until time of service at 7 p.m. at Cozean Memorial Chapel. View the video tribute, the online obituary and share your condolences at cozeanfuneralhome.com.

FARMINGTON – Bonnie Robinson, age 57, passed away on March 14. Instate Saturday from 7 a.m. until time of service at 10 a.m. at Cozean Memorial Chapel. View the full obit at cozeanfuneralhome.com. 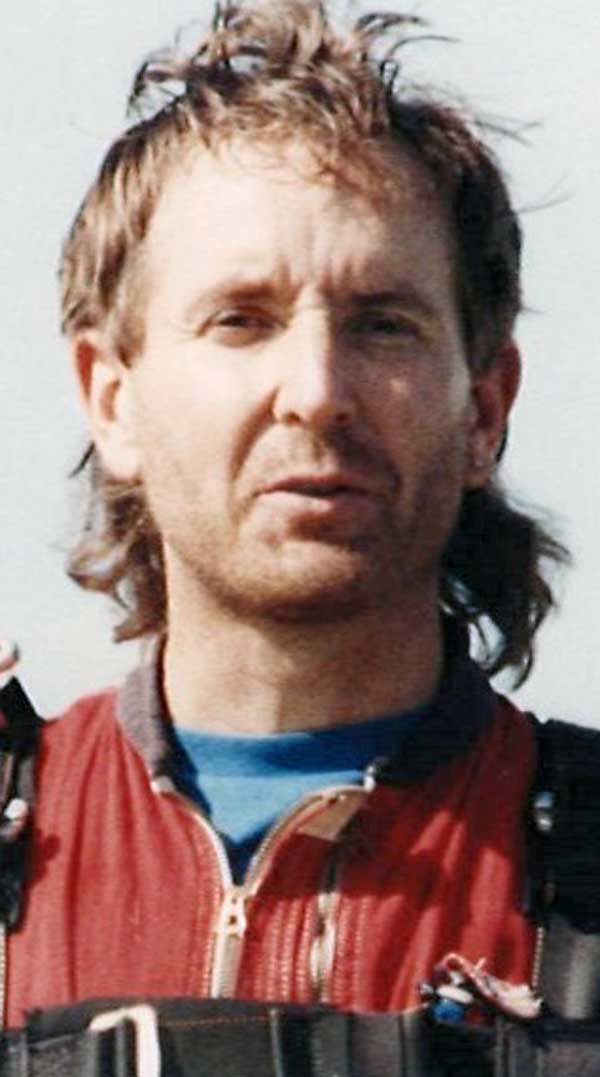 Harry was a unique, creative individual and an amazing artist. His personality was witty, fun, gentle, caring, and kind. He was a wonderful husband and great brother who loved his son dearly. Harry respected and loved nature. He enjoyed camping and canoeing on the river. He had a soft heart for animals, especially his cats and dogs. Harry was loved by his family and memories of him will be forever cherished in their hearts. 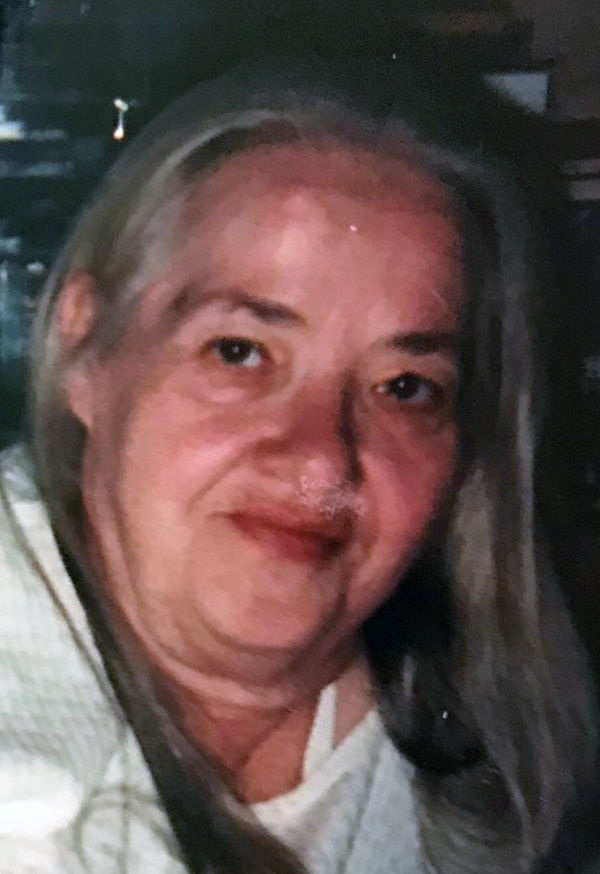 In addition to her parents she was preceded in death by her brother, Dennis Young.

In addition to his parents he was preceded in death by his wife, Virginia ‘Jenny’ (Clinton) Lee; son, Rusty Lee; brother, Thomas ‘Boy’ Lee; and two sisters, Viola Kennedy, and Mary ‘Betty’ Clubb.

Visitation will be 4 p.m. until time of funeral service at 6 p.m. Friday, March 20, 2020, at Coplin Funeral Home with Rev. Elmer Killian officiating.

FARMINGTON – Otto Lerche, of Farmington passed away March 16 at the age of 88. Instate Thursday March 19 from 11 a.m. until time of service at 1 p.m. at Cozean Memorial Chapel. View the full obit at cozeanfuneralhome.com.

Harry was a wonderful artist, loved painting, canoeing on the river, outdoors, and nature. He was the funniest person, and the best big brother on earth. Harry was unbelievable, gentle, caring and kind. He took care of me. I know we will see him again, somewhere – somehow. We love him dearly and until we do meet again, I will cherish every memory within me. 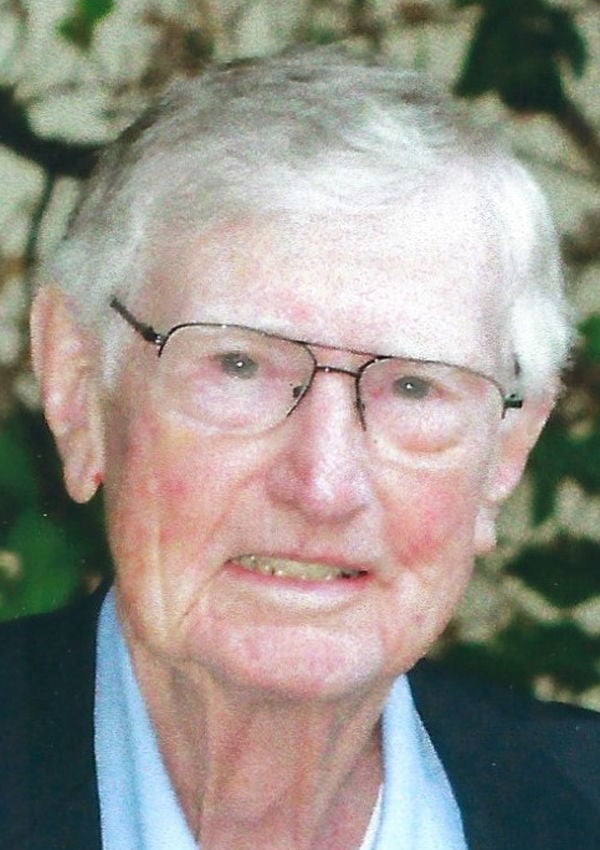 SAVANNAH, Ga. – It is with heartbreak we announce the passing of our beloved father, Robert J. “Bob” Merritt, Sr.

On Saturday, March 14, 2020, our Dad passed away peacefully at the age of 87. Dad was born on October 16, 1932, in St. Louis, Missouri, to William and Effie (Goggins) Merritt. He graduated from Esther High School in 1950 and joined the Air Force immediately after.

In 1952, he was stationed at Hunter Army Airfield in Savannah, Georgia, where he married our Mom, Annie L. McKenzie. They spent the following 20 years traveling and adding three children to their lives and travels while Dad served our country.

After retiring from the Air Force in 1972, he was a successful businessman for many years. His business ventures included freight forwarding for S.S. Kresge, importing South African wines and several others.

Dad was an avid golfer from the time he learned to play while in the Air Force until he was 85 years old. He was a member of the Savannah Golf Club and has played courses in Scotland, Bermuda and loved the links at The Greenbrier. He enjoyed many years volunteering for the Liberty Mutual Insurance Legends of Golf Championship.

He was very involved with and a generous financial supporter of many community organizations to include the Rotary Club of Savannah, Savannah Symphony Orchestra, and Telfair Museum of Art. He was also an active member of St. John’s Church and served in several capacities over the years.

Dad was preceded in death by his parents, a sister, Bertha Merritt Lind (Ollie), a brother, William Merritt (Glenda) and his wife of 20 years, Joannie Merritt.

He is survived by a brother, Benny Merritt (Wanda), three children, Jacqueline Merritt, Robert J. Merritt, Jr. (Grace) and Lisa Merritt Asmus, four grandchildren, three great-grandchildren, and several nieces and nephews. His presence and influence in our lives will forever be missed.

A private family service will be held at St. John’s Church followed by a public graveside service at 12:30 p.m., Friday, March 20, 2020, in the Greenwich section of Bonaventure Cemetery. Remembrances to St. John’s Church, One West Macon Street, Savannah, Georgia 31401. Please sign our online guestbook at www.foxandweeks.com.

DE SOTO – Shirley Stark of De Soto passed away March 12, 2020, at Hillcrest Care in De Soto. Arrangements are pending under the direction of Cozean Memorial Chapel. View the online obituary and share your condolences at cozeanfuneralhome.com. 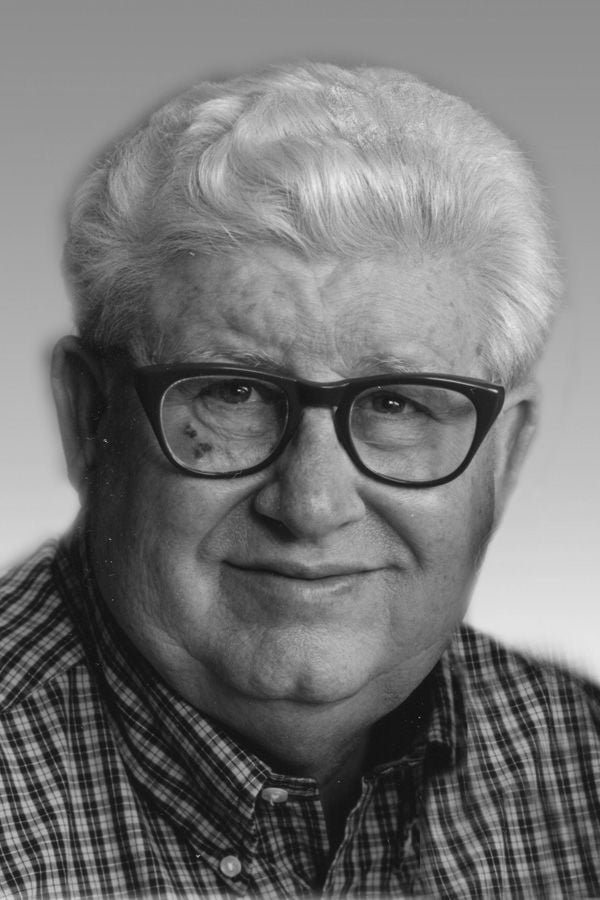 FARMINGTON – Otto Lerche of Farmington passed away March 16, 2020, at Parkland Health Center at the age of 88. He was born in Fredericktown on November 9, 1931, to the late Fred and Mattie (Weiss) Lerche. In addition to his parents he was preceded in death by his son, David Lerche in 2012; a sister, Mildred Rogers and a brother, Bobby Lerche.

Otto, or as he was known to many, “Big O from Firestone” graduated from Fredericktown High School and served in the United States Army from 1952 to 1954. He was stationed at Fort Chaffee, Arkansas. He then attended the University of Missouri – Columbia, graduating with a Bachelor’s Degree in Business Administration in 1959.

On June 21, 1957, Otto married Grace Maxine Allgier. He always said he was very proud and fortunate to have her by his side supporting him in life and in his business efforts. Otto and Grace moved to Farmington in 1960 when they bought their first hardware business located at 1 East Liberty. Eventually Otto downsized his hardware to focus on automotive and tires. He was the proprietor of the Lerche Firestone Dealership for 52 years.

From childhood, one of Otto’s favorite pastimes was fishing, often remarking that he loved to fish the St. Francis River “all the way from Silvermines to Lodi, Missouri.” In his retirement years he developed a passion for growing tomatoes, a hobby he shared with his grandchildren. He had a love and devotion to our small community and had faith in the honesty system. His motto in selling those tomatoes on the honor system was “sack them, weigh them, put money in the box” and it worked.

Visitation will be held Thursday, March 19, 2020, at Cozean Memorial Chapel from 11 a.m. to 1 p.m. followed by the funeral service at 1 p.m. in the Cozean Chapel with Pastor Ron Beaton officiating. Interment will follow at Arcadia Valley Memorial Park. Memorials if desired may be made to Memorial United Methodist Church or Presbyterian Manor Good Samaritan Fund. View the tribute video and share your condolences at cozeanfuneralhome.com. 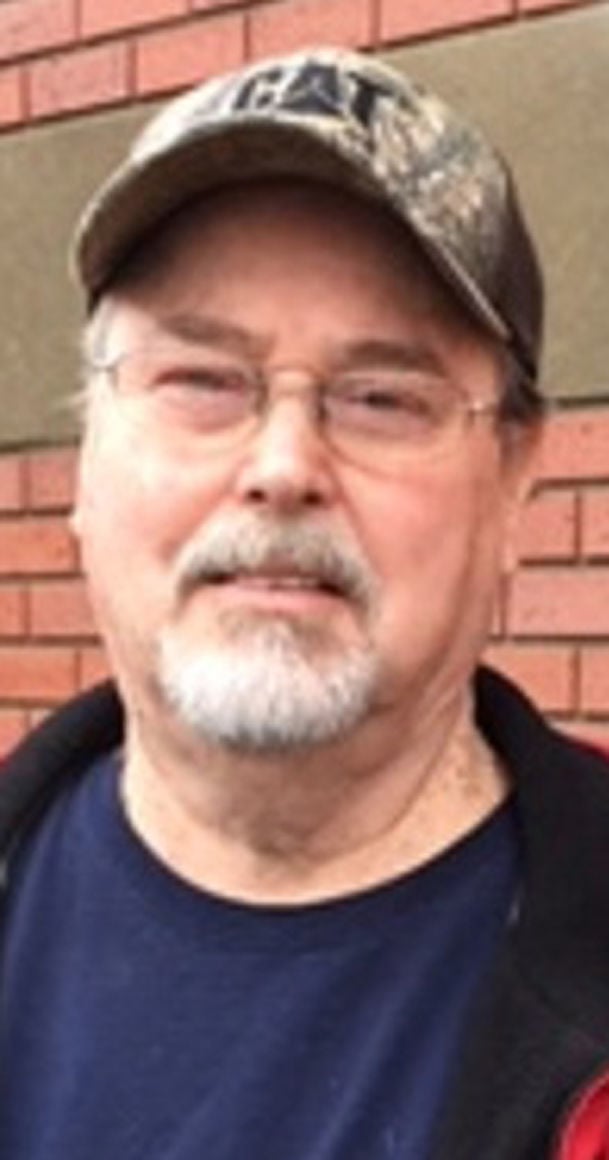 FARMINGTON – David Leroy Wills, 67, of Farmington passed away March 8, 2020. He was born December 14, 1952, in Bonne Terre. He enjoyed playing pool, disc golf, archery, hunting and fishing. David was an employee at Crown Valley Winery, where he retired in December 2018.

He was preceded in death by his parents, John and Shirley (Moore) Wills; brother, Gerald “Tommy” Wills; sister, Beverly Wills-Tabert.

A graveside inurnment will be held Friday, March 20, 2020 at 1 p.m. at Hillview Memorial Gardens in Farmington. Arrangements are under the direction of C.Z. Boyer & Son – Taylor Chapel in Farmington. View obituary and share condolences online at www.czboyer.com. 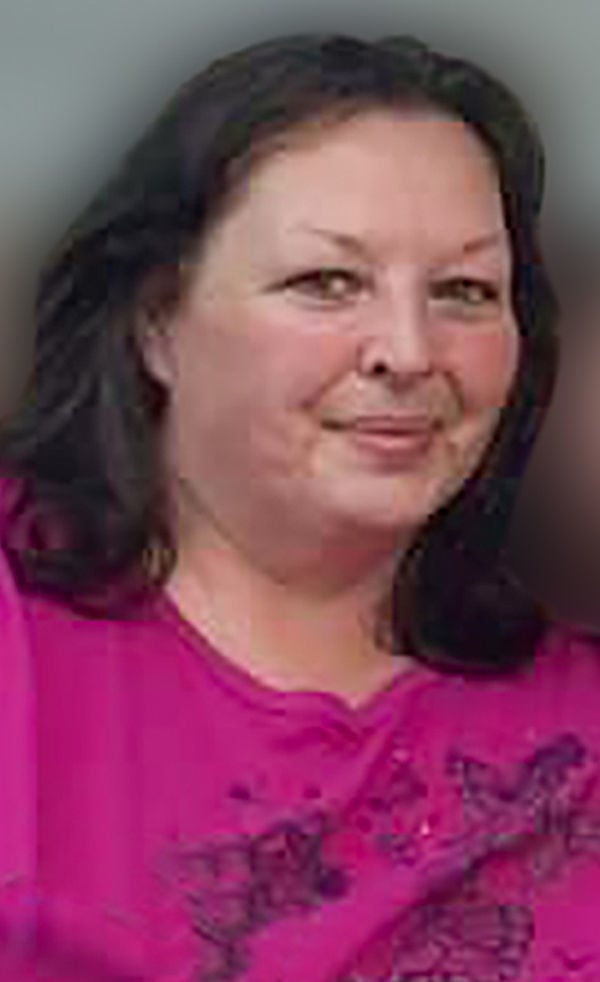 FARMINGTON – Bonnie L. Robinson, of Wyandotte, Michigan, passed away on March 14, 2020, at Henry Ford Medical Center at the age of 57. She was born in Bonne Terre, Missouri, on February 12, 1963, to Delores Settles and the late Joe Settles. In addition to her father, she was preceded in death by her brother, Michael Settles and her sister, Tina Settles.

Bonnie enjoyed crafts, pottery and loved babies. She will be fondly remembered and dearly missed by all who knew and loved her.

Visitation will be held at Cozean Memorial Chapel on Friday, March 20 from 5-8 p.m. Visitation will resume on Saturday morning beginning at 7 a.m. until time of service at 10 a.m. in the Cozean Chapel. Interment to follow at Parkview Cemetery. View the online obituary and share your condolences at cozeanfuneralhome.com.

In addition to his parents he was preceded in death by his wife, Carolyn Susie Tongay.

COVID-19 Newsletter: Get local and national updates in your inbox daily when you sign up

Be the first to know with news alerts sent to your inbox as the story breaks! Sign up: