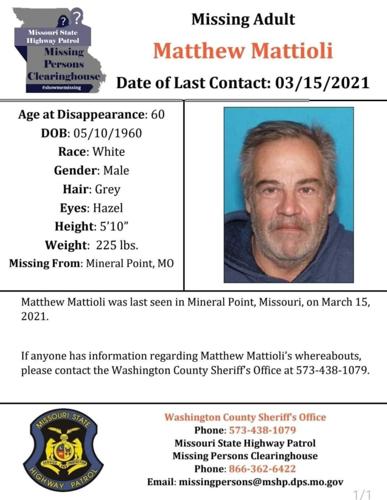 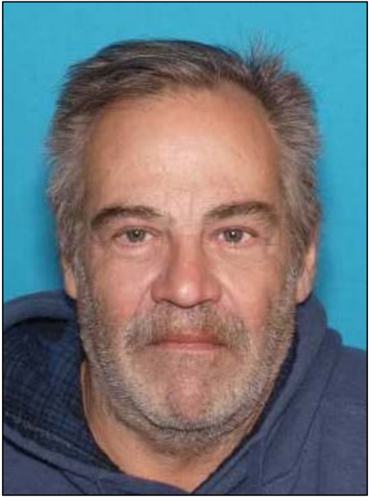 Matthew Mattioli had been missing since March 15, 2021.

Partial human remains found early last week in Washington County have been positively identified as 60-year-old Matthew Mattioli. The Mineral Point man had been missing since March of last year.

Washington County Sheriff Zach Jacobsen confirmed on Wednesday that deer hunters had found a human skull on Nov. 13. The sheriff said the hunters found the skull on a property adjacent to Mattioli’s property in the area of Travis Lane and Stony Ridge in the Indian Creek subdivision located in the northern portion of Washington County.

Jacobsen explained that the Washington County Coroner’s Office was assisted by a forensic anthropologist who made the positive identification after comparing the finding to previous X-ray images of Mattioli.

“There was no obvious sign of trauma to the skull, but as of right now, that’s really all that’s been found,” Jacobsen said Friday afternoon. “The investigation continues as to the rest of his remains. Hopefully, a cause of death can be determined at some point. But at this point, it’s still under investigation.”

The sheriff added that detectives had notified Mattioli’s next of kin following the discovery. He said he hoped to gather more information and bring closure to the man’s family.

Jacobsen noted that anyone with information regarding this investigation or others could contact the Washington County Sheriff’s Office at 573-438-5478 or 573-438-1079.

Mattioli had been missing since March 15, 2021. Social media posts from family members following the man’s disappearance indicated that he went missing shortly after undergoing heart surgery.

The Farmington Police Department is investigating the death of a Ste. Genevieve County resident found in the creek behind the VA Clinic in Far…

From business owners to individuals, there is an abundance of generosity within the community.

Pastor McRaven: Be thankful for the deeper things

Thanksgiving is a time of year that induces a range of memories, thoughts and emotions. For some, Thanksgiving represents the beginning of the…

Matthew Mattioli had been missing since March 15, 2021.