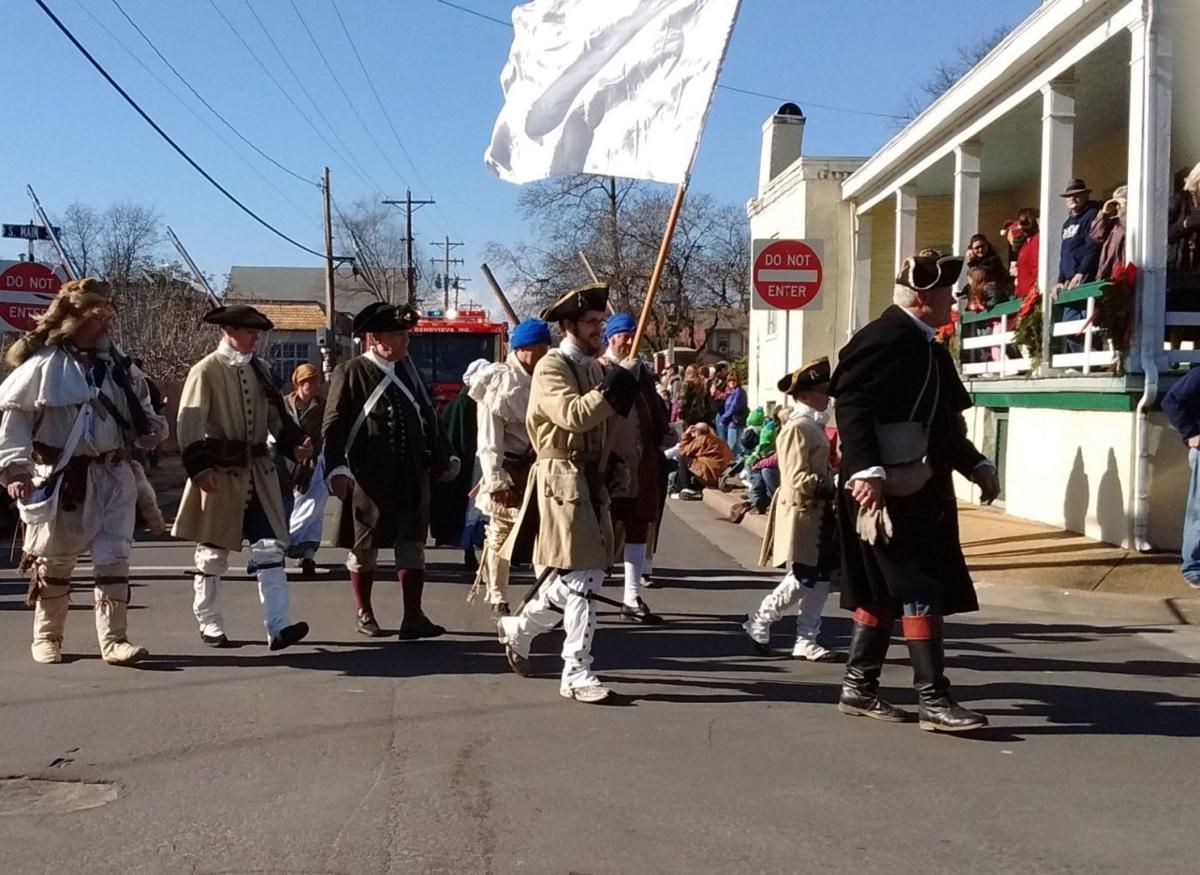 Members of the Ste. Genevieve French Colonial Militia march in a past Holiday Christmas Festival Parade. 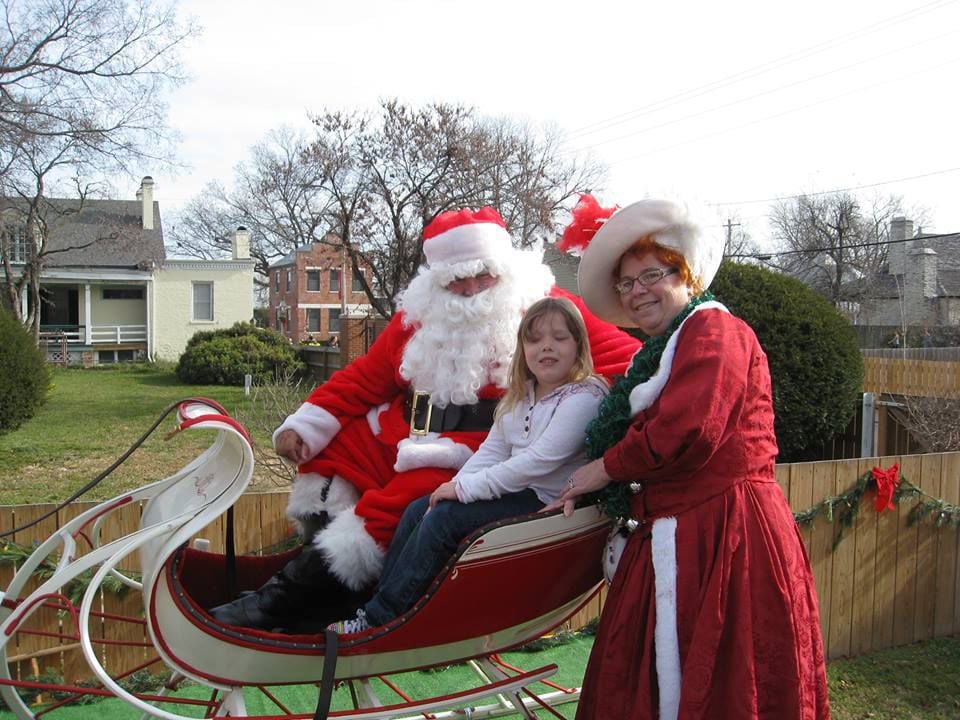 Santa Claus and Mrs. Claus pose for a photo during a past years' Lions Park Spectacular held during the Holiday Christmas Festival in Ste. Genevieve.

Historic Ste. Genevieve will be celebrating its 35th annual Holiday Christmas Festival this Saturday and Sunday.

The festival is regionally-renowned for having one of the largest holiday parades in Missouri and a substantial number of culturally-enlightening musical concerts that take place over two extraordinary days.

The holiday action will begin with a parade at 11 a.m. Saturday morning when more than 100 floats, classic cars and entertainers will depart from Ste. Genevieve Catholic Church, located at 49 Dubourg Pl., and start down the parade route which makes a loop through the downtown area, returning to the church.

Immediately following this procession, a large variety of musical groups will perform at venues throughout the town, including holiday-decorated churches and historical buildings.

“The Ste. Genevieve Christmas Festival is so lucky to have such an incredible group of beyond-talented people,” said Festival Committee Executive Director Annette Rolfe. “[They] come back every year to perform because they love our historical town and the quality of the venues.”

Adding to the parade and musical offerings, the Ste. Genevieve Lions Club will hold the Lions Park Spectacular from 12-2 p.m. This will take place in the Lions Park on Market Street and feature entertainment, free photos with Santa, and food, including free hot dogs, bags of chips, and bottles of water for any child under 12 years of age, accompanied by an adult.

There will also be crafts for kids and the Art Guild will have a show displayed at their new location inside the Bicentennial Museum building on Merchant Street.

New this year, Le Réveillon will be a permanent addition to the program, offering the music, food, customs, and decorations of an early 1800s French Christmas inside the Felix Valle Historic Site located at the corner of Second and Merchant streets.

Le Réveillon will take place from 2-6 p.m. on Saturday. Rolfe explained that festival-goers can catch the spirit of a French Christmas as they watch actors dressed in historic garments acting out “The 12 Days of Christmas” and taking part in all of the traditional French Christmas customs of the early 1800s using all of the proper foods that would have been enjoyed by the French settlers of the time.

This weekend’s family outing opportunity doesn’t have to drain anyone's pockets, either, as there will be several free activities and refreshments in different locations of the festival.

Some freebies for children attending the festival will include free photos with Santa, free crafts, hot chocolate, cookies, and much more. Volunteers will also be stationed at different locations downtown, reading Christmas stories to the passing children.

Also on the long list of attractions scheduled for the two-day festival are free shuttle rides offered by the Lion’s Club throughout the town’s historic district. Riders can take in the town’s unchanging beauty in the same fashion as the early French and German settlers to the area once did -- venturing along some of the first streets ever to be carved into the landscape west of the Mississippi River.

Additional information as well as a full list of events and event times can be viewed at visitstegen.com.

In light of the growing number of confirmed COVID-19 cases reported across the nation, including one confirmed case of the coronavirus in St. …

St. Francois County Health Center Director Amber Elliott confirmed Wednesday afternoon that there is a third case of coronavirus in the county.

11:30 a.m. SATURDAY UPDATE: The St. Francois County Health Center is asking anyone who attended a wedding at Heritage Hall in Bonne Terre on M…

Gov. Mike Parson has enabled local school administrators to “make the best decisions for their communities as Missouri continues to combat the…

SFC: No change to 'virus' guidelines; but workers cut to half staff, limiting meetings

The St. Francois County Commission has no plans at present to “tighten” guidelines for county residents and businesses in response to the spre…

Members of the Ste. Genevieve French Colonial Militia march in a past Holiday Christmas Festival Parade.

Santa Claus and Mrs. Claus pose for a photo during a past years' Lions Park Spectacular held during the Holiday Christmas Festival in Ste. Genevieve.