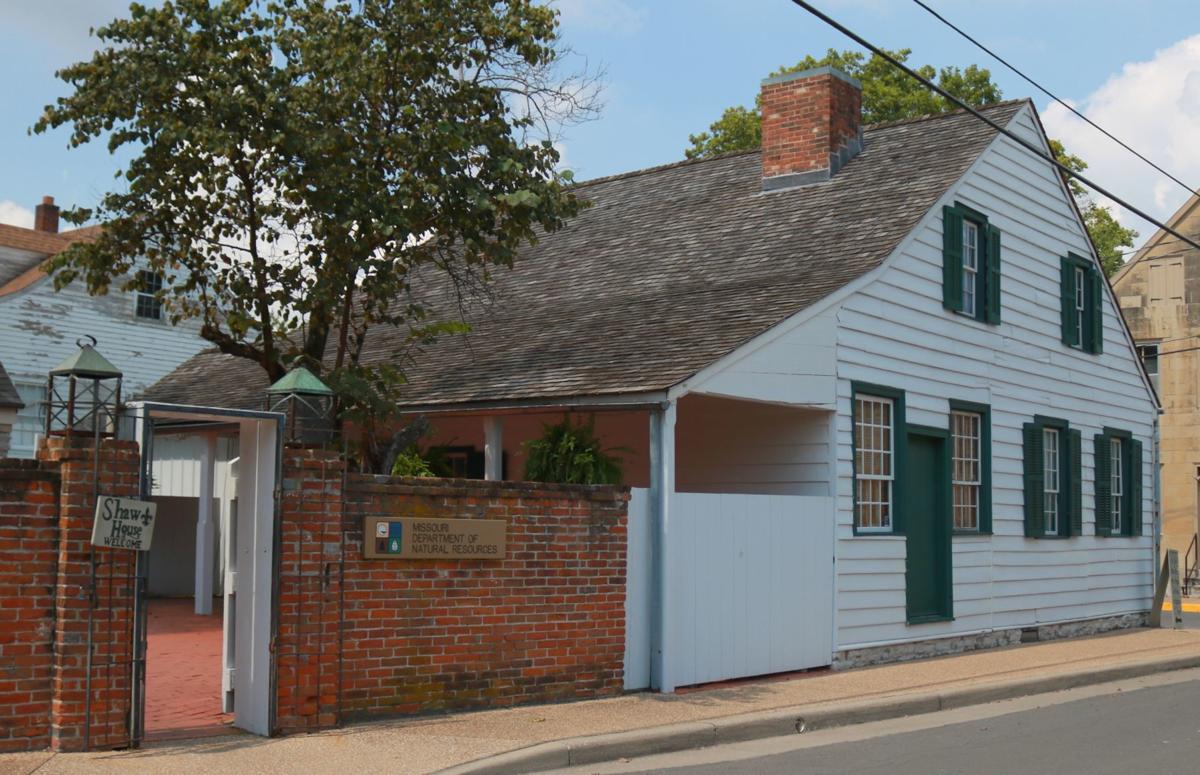 The historic Shaw House is one of many historically significant properties in Ste. Genevieve, and one of several that are overseen by the Department of Natural Resources. 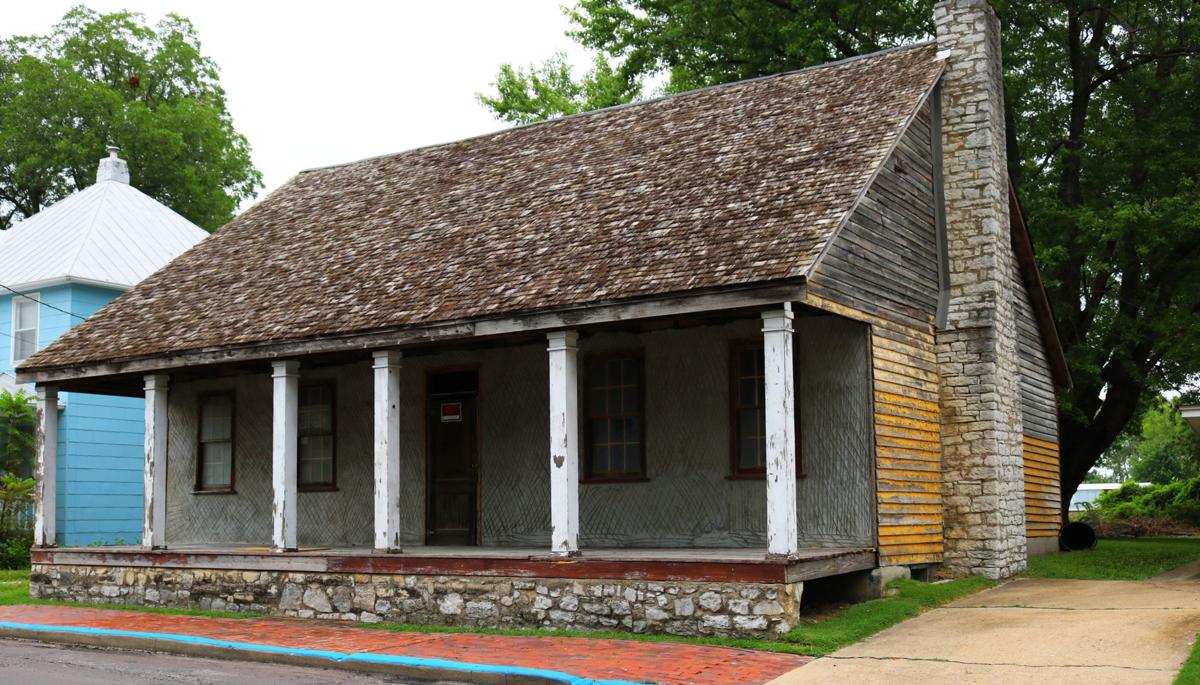 The Oneille House is one of several historic properties in Ste. Genevieve not owned by the state. This particular property is owned by the First Presbyterian Church and is in the process of being restored for use. 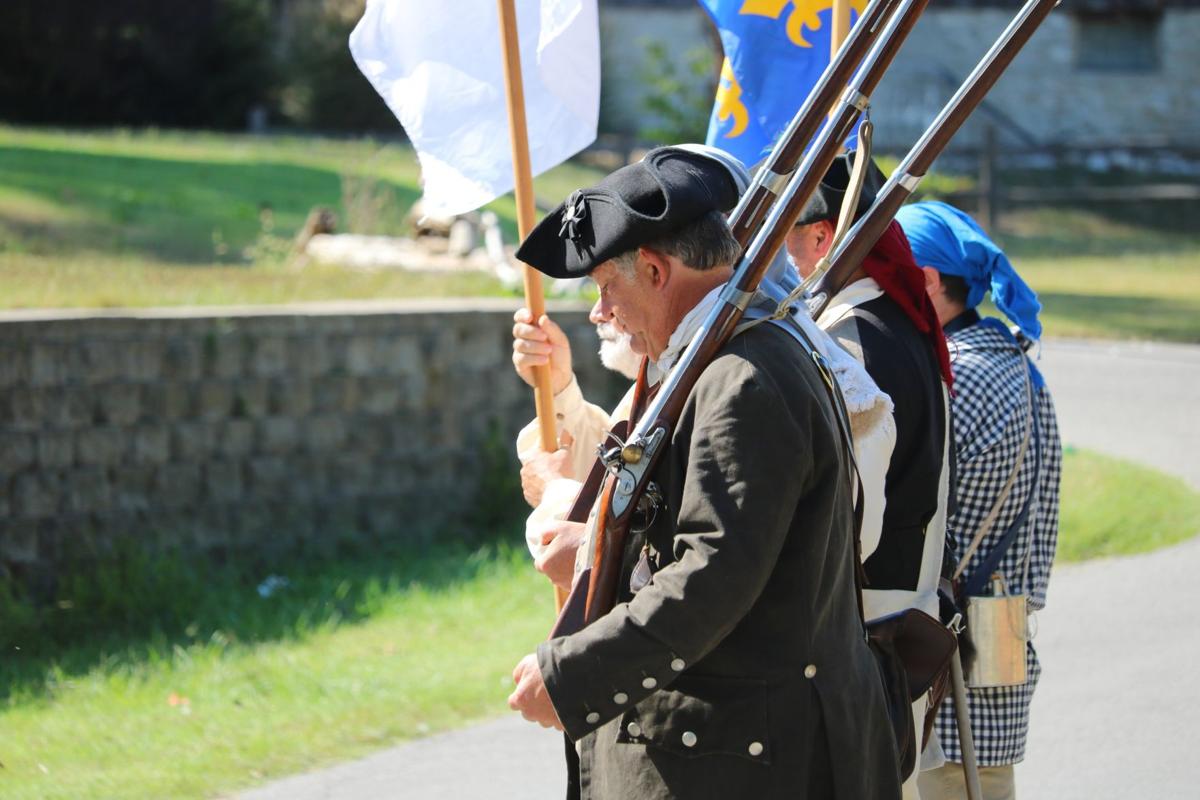 Ste. Genevieve has a strong tradition of paying homage to the legacy of the area's first French colonial settlers, particularly visible in the volunteer "militia" seen here at a ceremony dedicating the Green Tree Tavern after it was acquired by the Missouri Department of Natural Resources.

A bill introduced by U.S. Representative Jason Smith that would establish a National Historic Site in Ste. Genevieve was passed in the House of Representatives earlier this month, bringing the proposed designation one step closer to fruition.

H.R. 2888, or the “Ste. Genevieve National Historical Park Establishment Act” passed the house on Feb. 5, three days after a report was released by the House Committee on Natural Resources, which recommended the passage of the bill.

The report included background information on the history of Ste. Genevieve, the identification of nationally relevant sites and a resource study commissioned by Congress in 2009 to investigate the suitability of Ste. Genevieve’s historic properties to receive National Park Service (NPS) oversight.

According to the report, a portion of Ste. Genevieve was designated as a National Historic Landmark district in 1960. The report additionally states that as understanding of French settlement in the region has grown, “…additional resources have been identified. The nationally significant district now encompasses much of the City of Ste. Genevieve, and agricultural landscapes and archaeological sites in Ste. Genevieve County.”

The Ste. Genevieve Special Resource Study and Environmental Assessment’s final report was released in May of 2016, finding that the historic district in Ste. Genevieve was indeed of enough significance to receive NPS management.

The study estimated that the historic site would cost roughly $800,000 to $1.2 million to operate annually, including a full-time staff of six to 12 for “interpretive and educational programs, and outreach.”

The major provisions of the bill as laid out in the committee report:

Within the report is contained a cost estimate for the project from the Congressional Budget Office (CBO), dated Dec. 15, 2017. According to the estimate, the bill would authorize the NPS to acquire roughly 13 acres of land by donation, exchange or purchase. The CBO estimates that the acquisition of those 13 acres will cost less than $500,000.

The CBO additionally estimates that the bill’s implementation would cost $6 million over the 2018-2022 period.

The committee report states that many of the properties in the historic district are currently owned by either the State of Missouri or private entities. The report indicates that the properties could be receive from the state by donation and purchased from willing private individuals over time.

In a Feb. 6 statement, Congressman Smith announced the passage of the legislation in the House.

“For years, the folks of Ste. Genevieve have known that the cultural heritage and history of their area is of national significance, with the action this week, the rest of America will soon know the same,” Smith said. “Because of the efforts of the residents of Ste. Gen, the many elected officials who came before me and Senator (Roy) Blunt, the history of this area will now be preserved for many generations to come.”

“Ste. Genevieve is a fundamental part of our state and nation’s history,” said Blunt at the time of the bill’s introduction. “I’m grateful for all the hard work and dedication generations of Missourians who have helped preserve this national treasure. Establish Ste. Genevieve as a national park will underscore its significant historic value and allow more visitors to experience French colonial life and gain a deeper appreciation for our state’s rich heritage.”

“Ste. Genevieve preserves in time an important piece of our past and gives our kids and grandkids the chance to learn about Missouri’s French colonial history from more than just the pages of a textbook,” McCaskill said in the joint statement. “The site is clearly deserving of inclusion in our National Park System, which will help maintain and preserve it for generations of Missourians to come, and I’m proud to partner with my colleagues on this bill to make that happen.”

The bill was received in the Senate earlier this month and referred to the Committee on Energy and Natural Resources. On Feb. 14, the Subcommittee on National Parks held hearings on the Senate version of the bill.

“Passing this bill out of the House of Representatives means there are only two more steps to making Ste. (Genevieve) a National Historical Park — passing the bill in the Senate and getting it signed into law by the President,” Smith said.

House Bill 2888 and Senate Bill 1335 can both be viewed online at www.congress.gov.

Jacob Scott is a reporter with the Daily Journal. He can be reached at 573-518-3616 or at jscott@dailyjournalonline.com.

The Farmington School Board voted to extend the emergency mask mandate during a contentious meeting Tuesday evening at Truman Auditorium.

A Farmington woman was moderately injured in an accident on Hildebrecht Road on Wednesday night in St. Francois County, according to a Missour…

Annapolis man injured after collision with locomotive at railroad crossing

An Annapolis man was seriously injured after his vehicle reportedly struck a train on Thursday night.

The historic Shaw House is one of many historically significant properties in Ste. Genevieve, and one of several that are overseen by the Department of Natural Resources.

The Oneille House is one of several historic properties in Ste. Genevieve not owned by the state. This particular property is owned by the First Presbyterian Church and is in the process of being restored for use.

Ste. Genevieve has a strong tradition of paying homage to the legacy of the area's first French colonial settlers, particularly visible in the volunteer "militia" seen here at a ceremony dedicating the Green Tree Tavern after it was acquired by the Missouri Department of Natural Resources.