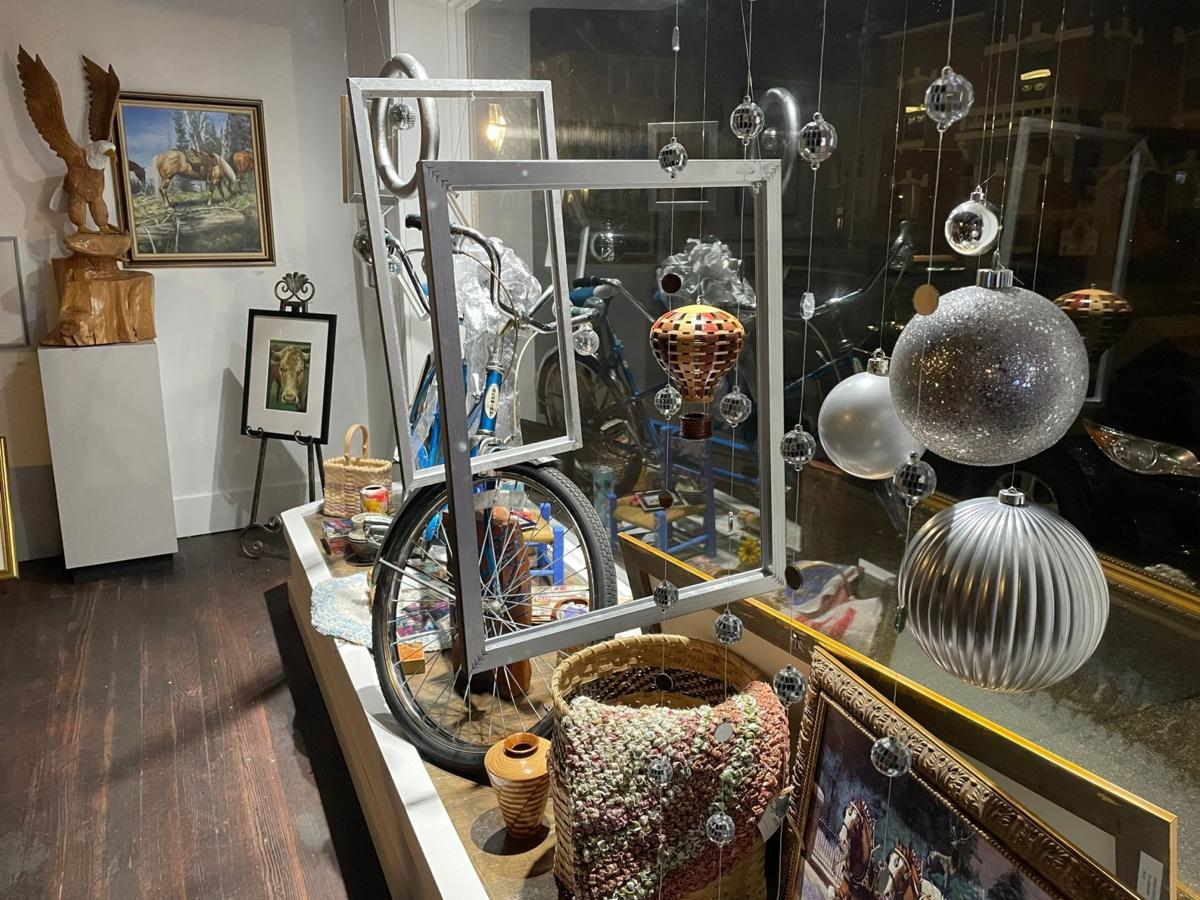 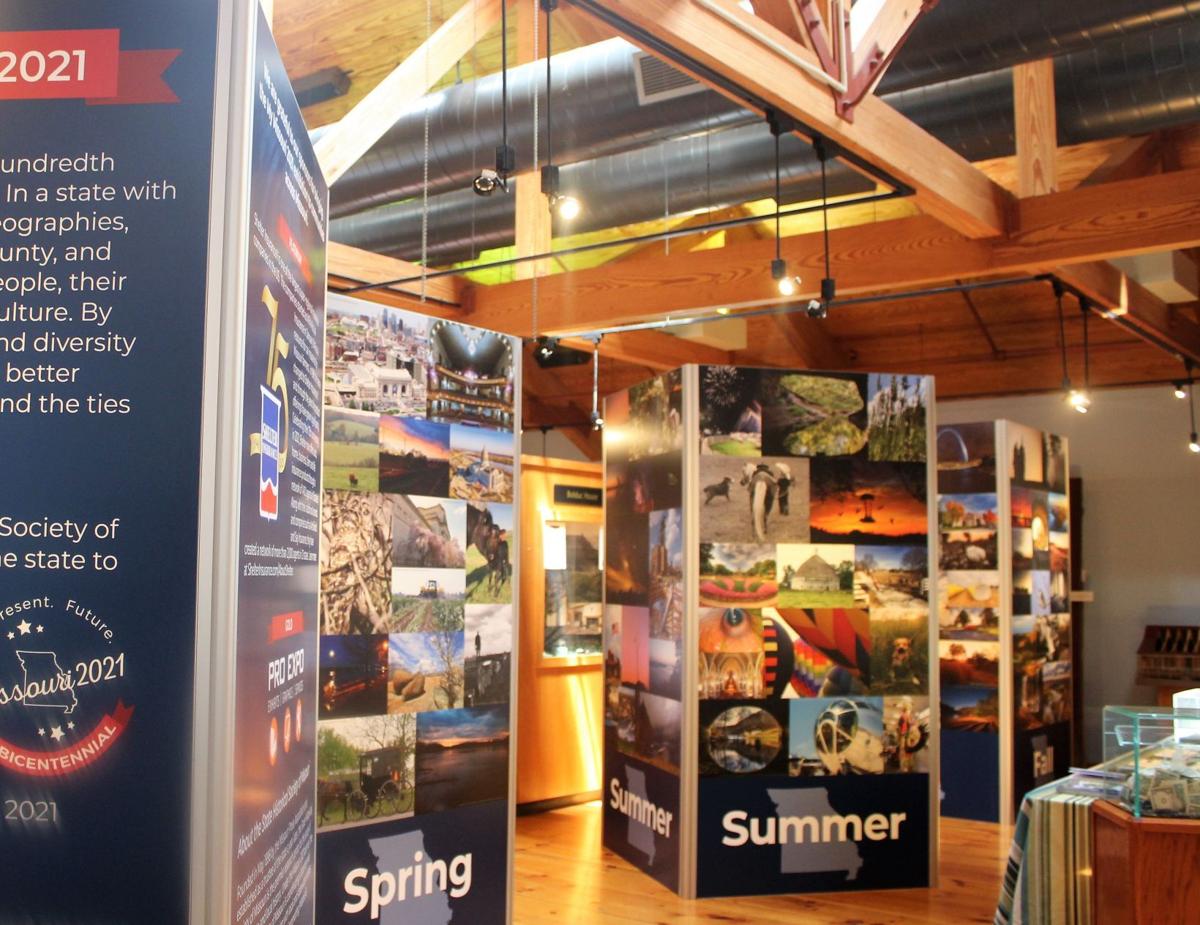 The My Missouri 2021 Photography Exhibition on display at the Ste. Genevieve Welcome Center last summer celebrated Missouri's bicentennial. It's just one of many cultural events that happen throughout any given year in this small town on the Mississippi River.

They narrowly missed the top spot, but Ste. Genevieve came in at No. 2 on USA Today’s list of Best Small Town Cultural Scenes for 2021, a 10-Best, Reader’s Choice contest.

Ste. Genevieve Tourism Director Jeff Wix, who came from Nashville and started his position last October, said the designation not only brings more attention to the French Colonial village that seems frozen in time, it brings credibility and adds more opportunities for further recognition. The announcement was made Dec. 15, after all the votes came in between October and November.

“Because of the holidays, very few people knew about it,” Wix said of the award. “But the significance of that is, obviously it's national notoriety and it showcases a part of our community, especially the art districts that we have on North Main Street."

Ste. Genevieve was known for being an artists' colony right around the time of World War II and greatly influenced the regionalist movement. Thomas Hart Benton, who painted the expansive murals in Jefferson City's Capitol building, was a part of the colony that was started by artists Bernard Peters, Jessie Beard Rickly and Aimee Schweig.

"It is a huge aspect of the community that shows our versatility, our love for arts as well as some diversity. Ste. Genevieve’s history has always been about a diverse culture," Wix said. "And certainly, building on that is what the art community actually does to a great deal. So between the arts and our museums, it's really a great way to showcase some of the best the town has to offer.”

The write-up on the USA Today site is brief, but descriptive at https://www.10best.com/awards/travel/best-small-town-cultural-scene-2021/

“Settled by French Canadiens around 1740, this town is Missouri’s oldest permanent European settlement. The Centre for French Colonial Life preserves French-era buildings and tells their significance in American history,” the entry reads. “Ste. Genevieve’s love affair with the arts began long before the beginnings of its renowned 1930s Art Colony. Today the town is filled with art displays of all types: paintings, poured pewter, thrown pottery, and even hi-tech computer art.”

The USA Today ranked list for Best Small Town Cultural Scenes for 2021 is:

A significant portion of Ste. Genevieve’s historic area joined the national park system in 2020. Wix said the association has also raised the town’s profile, and messages are regularly fielded from people far from the southeast Missouri region, although indicated, at this point, many of the visitors still hale from the region between St. Louis and Cape Girardeau.

“(The arts) are a consistent form of tourism, especially from some neighboring communities such as St. Louis, St. Charles, and the immediate areas around,” Wix said. “There's a huge art community that certainly appreciates Ste. Genevieve and the artist and the work that's been done to preserve our history through art.”

Wix said he and others are working on the event calendar for 2022, and while he can’t divulge any details, they’re working on how they can increase recreational tourism, such as bicycling, hiking, walking, and other activities.

“I'd be remiss if I didn't include, as far as the recreational tourism, our efforts with our levees here and the walking and biking trails that we have. That, in a combination of the wildlife sanctuaries that are developing along the banks of the Mississippi River between the levee and the river, has become a very popular aspect of our community that that we hope to encourage people to come and take advantage of.”

Just weeks ago, the old town on the Mississippi river held a grand opening for its latest museum, Sainte Genevieve Museum Learning Center, which became the Official Missouri Dinosaur Visitor Site. Visitors can see the bones of the Parrosaurus missouriensis, Missouri’s Official State Dinosaur, as well as interpretations of other aspects of prehistoric and early Native American life in Missouri.

During the summer, the town often hosts a monthly Fourth Friday Art Walk featuring the latest pieces of its resident and regional artists. It has an extremely active art guild and art museum, as well as private galleries around town.

Ste. Genevieve’s events, lodging and other tourism information can be found at www.visitstegen.com.

A Missouri Lottery player who purchased a Lotto ticket for the Dec. 22 drawing at Convenience Barn, 1750 Columbia St. in Farmington, matched a…

An area man was injured in a one-vehicle rollover accident south of Farmington on Monday.

The My Missouri 2021 Photography Exhibition on display at the Ste. Genevieve Welcome Center last summer celebrated Missouri's bicentennial. It's just one of many cultural events that happen throughout any given year in this small town on the Mississippi River.