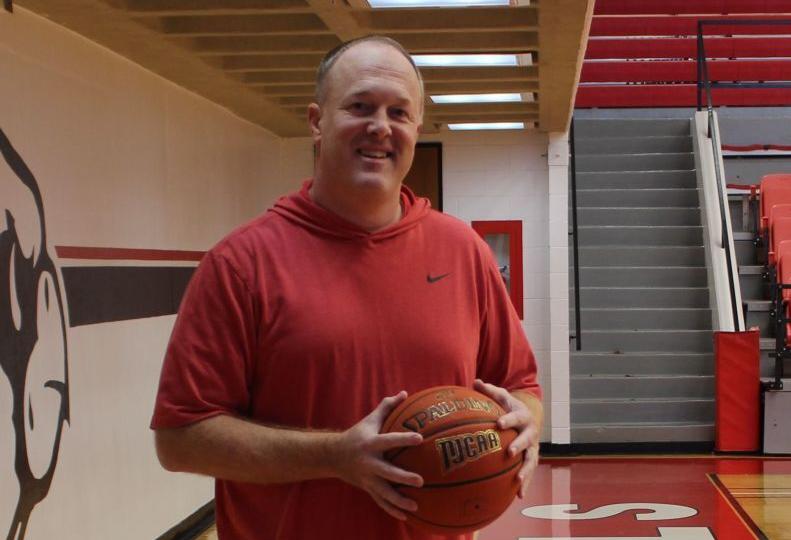 The Giving Thanks Classic takes place Friday and Saturday in the Bob Sechrest Field House on Mineral Area College's Park Hills campus. The event, sponsored by Chris Morrison State Farm, will pit several teams — including the MAC Cardinals — against each other. All proceeds from the event will go to Visions of Hope.

On Friday and Saturday, Mineral Area College will host the annual Chris Morrison State Farm Giving Thanks Classic Basketball Tournament to benefit Visions of Hope in their work with adults on the autism spectrum.

Luke Strege, MAC head basketball coach, will direct the activities both days as they host three other teams in the Bob Sechrest Field House.

“It’s personal for me, which is kind of where all things come from, where you find your cause and your purpose,” he said. “I’ve got three sons and my youngest two are autistic.

"When we came to this area, it was something we didn’t expect, that we found this void between St. Louis and Cape Girardeau where there was no help for kids with autism. We’re kind of in this bubble, there’s all these workers in St. Louis and Cape where no one would travel here.

“We started looking for help and we found Dave and Luann Honerkamp, because Dave had played here at MAC and someone connected us to them. We met them and had lunch with them one day and they told me about this project they were working on for Jessica Harmon. I was all for it, I fell in love with them as people. I just gravitate to people that are selfless, that do things for other people because that’s their nature, not because of what they get out of it.

"Here’s this group that wants to start something and help kids, this is something I have to be involved in and do everything I can to help. I don’t make a ton of money so I can’t help them financially myself. There are so many people that need help, you have to find what you can get behind, and because of my two sons, this is it.”

Strege worries about the future of his two sons as they cope with their issues.

“It’s a selfish reason for me, because I think of what’s going to happen to them when they finish school. I think the stats for autism are about 90% unemployed or underemployed after high school because they don’t have the job skills.”

“The school let us put a classic together where all the admission money goes directly to Visions of Hope,” he said. “Chris is the best friend I have in town and somebody I just gravitated to because he is selfless. I can’t go to any charity thing in town and Chris is not there, he has his hand in everything. He’s my kind of guy.

"Chris has always been one I could go to and ask for anything. I don’t even have to ask, I just kind of tell him what I want to do and he says yes. He wanted to get involved with it and put his name on the project. There are some costs with the tournament, there are hotels and feeding some guys; Chris and the other sponsors for the classic said they would do that to take the costs away from Visions of Hope. Dave and Luann do all the work and I just have a big mouth. I just talk about it.”

According to Strege, the tournament raises thousands of dollars every year, some of the money coming from unexpected places, like some of the visiting teams.

“One of the neatest things is that the teams keep coming back,” he said. “Fort Scott, Michael Cook is the head coach, this is his fourth time back. Their team raised money in their community to bring with him. He would present Luann with a check. Here’s a team from Kansas that has nothing to do with this and would come and help. We had a school from Tennessee for a couple of years. That coach wrote them a check personally out of his own account.”

There’s no problem for Strege to sign up teams for the tournament. “It’s easy to get teams because of the costs. The word has spread out, we put on a first-class classic and we have a banquet and we teach them about kids with autism, but also community service and what it means to do something for somebody else. Parkland Chapel gets involved, so there’s a church aspect of it that I think some of the coaches appreciate.”

The MAC bookstore has also teamed up with Strege to help with raising funds. Men’s basketball shirts are on sale that feature an autism theme. All of the money from the sale of those shirts also goes directly to Visions of Hope.

Talking about his sons, Strege explained the transition in his life and the questions he deals with all the time.

“It’s like when you get a new car and then as you’re driving and you see that car all the time,” he said. “You never realized how many people were driving that same car. It’s the same thing when have a child that gets diagnosed with autism. It hits you and now you see it all day, people bring it to me all the time. Our family is really open, we want to share that and be there.

“When I had my sons, as a sports guy I always want to coach my son's baseball. Your first question is ‘why?’ Why will my sons never play basketball? Then you figure out that they’re actually your why, that’s what I was supposed to do.”

Chris Morrison talked about the how he got involved with the classic and how everyone has teamed up so seamlessly to make it work.

“Dave and Luann Honerkamp were clients of mine and I think it was through a meeting that I had with them about their insurance, we were talking about what they were doing and she brought up this idea they had,” he said. “That’s how I got involved. My best friend in high school who was the best man at my wedding has a son who is 10 and was diagnosed with autism.

"I’ve been able to see how that affects the family. He is high functioning, they’re a great family, they have the ability to give him a lot of resources and he’s done really well.

“Throughout conversations over the years, and seeing how the parents process that and when Dave and Luann brought that up, it just kind of hit me. Then Luke Strege moved here and I met him at a Rotary Banquet. We learned about two of his sons that have autism and it kind of all came together and it worked out perfect. They wanted an event and Luke is passionate about helping them.”

Morrison echoed Strege’s thoughts on what families go through with a child who has autism and the concerns for their future.

“The schools have resources, but there’s not as many as there needs to be for the younger kids,” he said. “What do you do when they turn 18 or 19? In my mind, these families that are affected, their concern is what’s next? What are they going to do, are they going to be able to have a job? I think we’ve seen society come a long way.

"Their whole mission is awesome. They do all the heavy lifting. And Luke with the basketball side, it was a natural fit. It’s turned into an amazing event.”

Morrison is also deeply impressed with Fort Scott’s commitment to the tournament.

“Fort Scott is coming back and they’ve been here every year except last year to this, and they’ve raised money in their own community and bring it here and give it to Hope 4 Autism,” he said. “For a cause that speaks to them that much that they are six hours away for them to raise money for, it’s pretty awesome.”

On Saturday at 3 p.m., Southwestern Illinois will play Oakton and at 5 p.m., Mineral Area College will finish out the tournament by playing Fort Scott.

An area man was injured in a one-vehicle accident in northern St. Francois County on Tuesday.

A Missouri Lottery Keno ticket purchased for a Nov. 5 drawing at Country Mart, 180 Plaza Dr. in Ste. Genevieve, has won a lucky player a $137,…

Goat wanders inside office building and steals documents in India

Girl with no hands, one leg becomes acrobatic dancer

Girl with no hands, one leg becomes acrobatic dancer

Moderna may have Omicron booster by March

Moderna may have Omicron booster by March

The Giving Thanks Classic takes place Friday and Saturday in the Bob Sechrest Field House on Mineral Area College's Park Hills campus. The event, sponsored by Chris Morrison State Farm, will pit several teams — including the MAC Cardinals — against each other. All proceeds from the event will go to Visions of Hope.