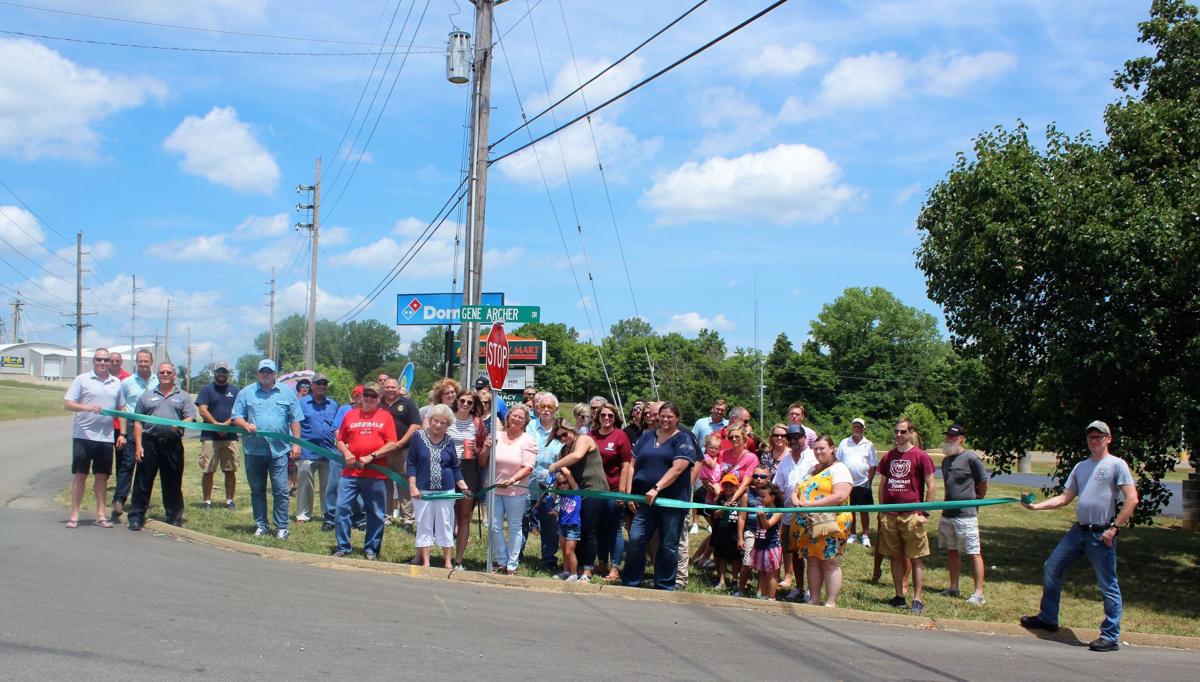 Gene Archer Drive is officially dedicated through ribbon cutting by the friends and family of the late police chief and mayor.

The road that begins at its intersection with Berry Road and ending at its intersection with North Dover Street was unanimously voted by the city council in its October meeting to be renamed Fred Mallow Drive, after the police chief who served the department for 25 years, 11 of them as its leader. Mallow retired in 2005 on his 65th birthday and died at his residence in 2012 at the age of 72.

Mallow was a friend to and worked under the namesake of the next “unnamed street,” which the board unanimously agreed to christen Gene Archer Drive. The road begins at its intersection with Nesbit Drive and ends at its intersection with Berry Road. Archer served in and out of law enforcement over the course of about four decades, but he got his start with the Bonne Terre Police Department in 1952. He preceded Mallow as chief, a position he held for 15 years. He was also a city councilman and mayor. He died in December 2016 at the age of 83.
0 comments

Gene Archer Drive is officially dedicated through ribbon cutting by the friends and family of the late police chief and mayor.