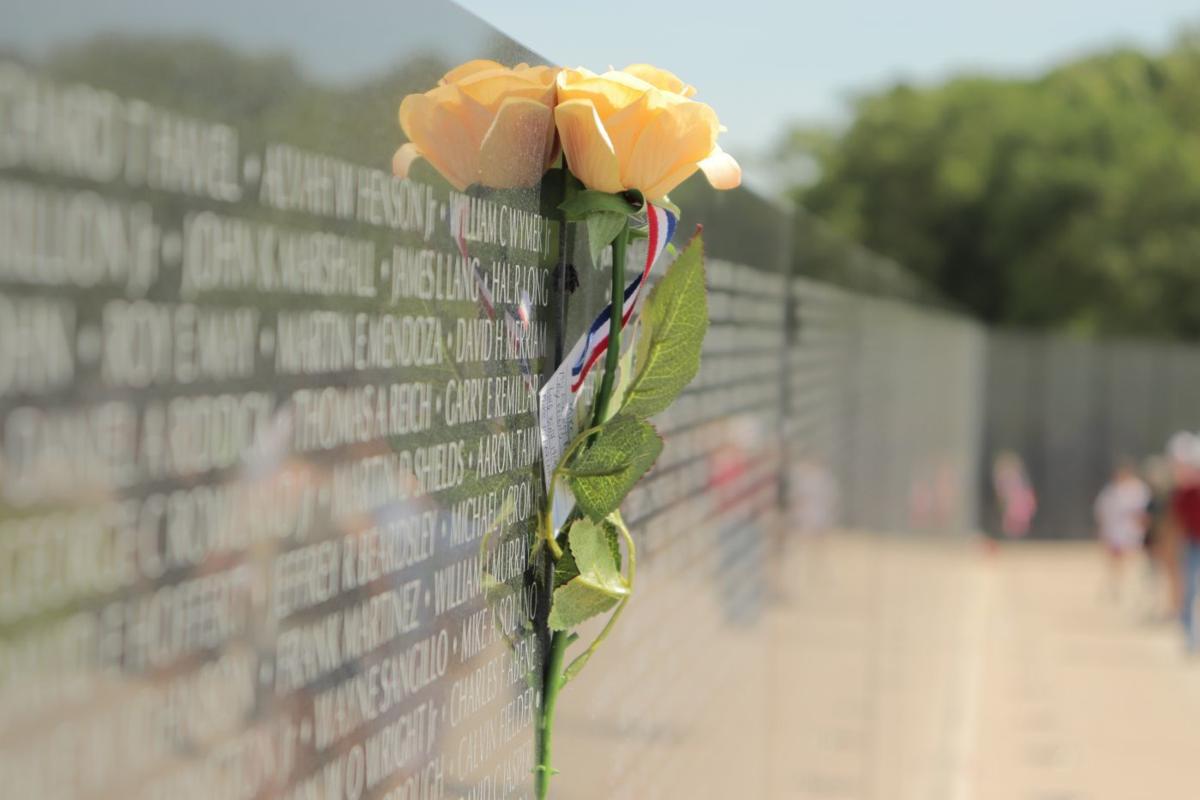 Missouri's National Vietnam Memorial is a replica of the Vietnam wall in Washington D.C. The Missouri wall is located in Perryville and was officially unveiled on Saturday. 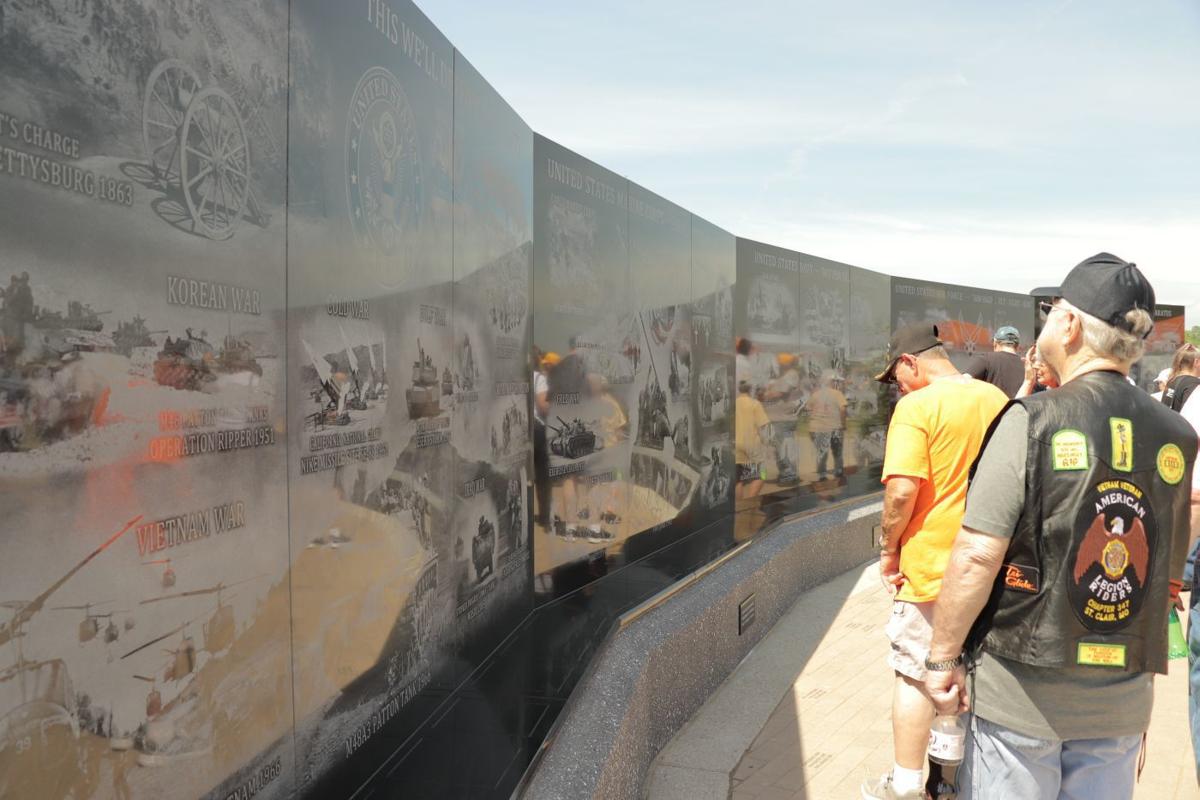 The site also includes a 50 foot long black granite memorial to each branch of the Armed Forces known as the Honor Flag Wall Memorial.

A replica of the Vietnam memorial wall in Washington D.C. was officially unveiled in Perryville at Missouri’s National Veterans Memorial this past weekend.

Missouri's National Veterans Memorial is a complex that features a welcome center, museum, chapel, and now a full-scale replica of the Vietnam Wall.

One of the founding members of the facility, Jim Eddleman, is a Vietnam veteran who was involved in the Tet Offensive in 1968. It was during this conflict that Eddleman carried wounded soldiers to medevac helicopters but also witnessed several of his fellow soldiers die.

Eddleman made a promise that if he were to survive the battle, one day he would do something to ensure that those who had fallen would be remembered.

Eddleman and his wife, Charlene, decided to donate their 46-acre corn field so that such a memorial could be built. The land had been in Eddleman’s family for three generations. It has been transformed into the large memorial complex with the help of many donors, construction workers, volunteers, artists and others.

“I can remember when this land here used to grow corn and now it grows people,”  said Eddleman, “... and I got a good crop.”

There are more than 58,00 names etched into the black granite wall.

Throughout the day on Saturday names of the fallen soldiers were read aloud through speakers. Among the many people present at the opening ceremony were veterans of World War II, the Vietnam War, Korean War the Iraq War.

One Vietnam veteran in attendance said that he had the opportunity to visit the wall in D.C. and this new wall looks exactly like it. “It's nice to be able to come to a place close to home and pay tribute to our lost friends and brothers," said the combat veteran. “It really means a lot to us.”

Missouri Governor Mike Parson was in attendance and addressed the crowd. This was his third visit to the site since the project's conception. “Because of what this means to our nation, our state, and to all of you, I would not have missed this opportunity to be a part of this formal grand opening” the governor said. “Repaying our veterans for the sacrifices they made is something we will never achieve. But as Missourians, we can pay tribute by honoring their courage and their commitment to our country.”

The site also features a 50-foot-long black granite memorial to all the branches of the military known as the Honor Flag Wall Memorial.

It contains laser engraved illustrations of soldiers from each branch of the Armed Forces in action and tells the history of each branch going back as far as the War of 1812. Each branch is represented on a 6-by-10 foot slab of the wall.

Hale worked closely with the Eddlemans and Missouri's National Veterans Memorial board members throughout the memorial construction process. He made special mention of Executive Director Nancy Guth, who was instrumental in putting the project and grand opening together.

Missouri's National Vietnam Memorial has many more plans in the works for the future of the  facility and hopes to bring people from all areas to pay respects and remember those who gave the ultimate sacrifice for their country.

Missouri's National Vietnam Memorial is a replica of the Vietnam wall in Washington D.C. The Missouri wall is located in Perryville and was officially unveiled on Saturday.

The site also includes a 50 foot long black granite memorial to each branch of the Armed Forces known as the Honor Flag Wall Memorial.